Samsung's next Galaxy may have chamfered metal edges like the iPhone

Of all the things Samsung has copied from Apple over the years, the polished metal edges introduced with the iPhone 5 have been one thing the Korean company hasn't yet reproduced — at least not in any officially announced devices. New images of the rumored Galaxy Alpha handset show a white phone that seems to be a blend between the Galaxy S5 and Apple's latest iPhone models. A metal band runs around all sides of the device, featuring a prominent chamfered treatment that grows larger at the top and bottom. The simple one-button front layout and dimpled back cover have been retained from the S5, though the overall shape is a bit more rectangular. These photos appear to show a subtly more refined design than the black Galaxy Alpha that had been pictured previously. 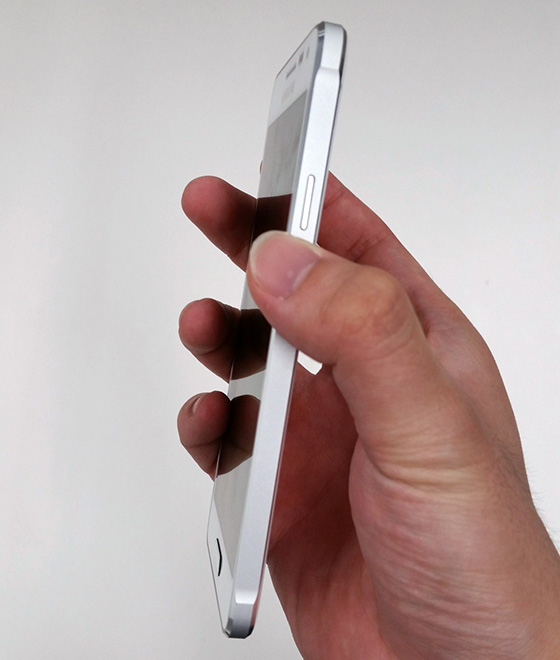 The Alpha is expected to be announced at some point later this month, and the poster who has revealed these images says it'll come in two sizes: the anticipated 4.7-inch model and a phablet-sized 6.7-inch version. Samsung has already promised to release phones featuring new materials this year, and though the hope might have been to see something closer to the HTC One — which comes in a unibody aluminum shell — the Galaxy Alpha looks to at least be a move in that direction.

Update August 5, 5:05AM ET: Another set of photos has emerged, depicting Samsung's iPhone-esque Galaxy Alpha next to an actual iPhone. It appears to be slightly thinner than Apple's handset, though the camera module protrudes a couple of millimeters from the rest of the body. 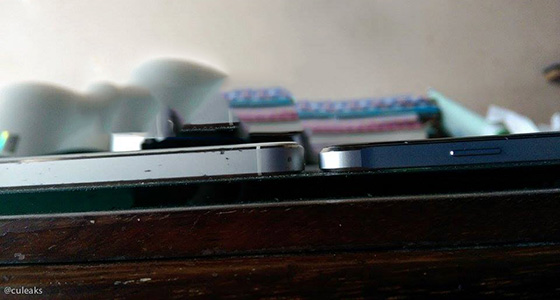