There's a pill that prevents HIV — why are only gay men talking about it?

There's a pill that prevents HIV — why are only gay men talking about it?

Truvada is the HIV prevention pill that puts women in control

A few months ago, the CDC recommended Truvada, the HIV prevention pill, to anyone at risk of infection. The Verge and other media outlets — including The New York Times, The Washington Post, and Slate — covered the news in a big way, because it meant that government officials were not only urging doctors to prescribe the drug to queer men or individuals whose partners have HIV, but to anyone at risk — including sex workers, heterosexuals, and transfolk. Yet many reporters, myself included, failed to discuss how revolutionary this drug is for one particular, and substantial, segment of the US population: women.

Uncomfortable because of "the imbalance of power between men and women"

"The idea of women protecting themselves from HIV really hasn't gotten much play," says Anna Forbes, staffer at the US Women and PrEP Working Group, which aims to increase awareness about Truvada among women. "It’s a topic that raises a lot of uncomfortable issues for a lot of people, because it’s not something that we can talk about without talking about the imbalance of power between men and women," notably during discussions about safe sex.

No matter how you slice it, condom use — even female condom use — requires a partner’s acceptance, and people who identify as women often lack the social capital to impose these sexual barriers. That’s where Truvada comes in: the little blue pill is discreet enough to require no participation from sexual partners who might not be willing to help out. And it's repeatedly shown to be extremely effective at preventing HIV infections when taken daily.

Abuse and condom use

There’s no shortage of evidence linking intimate partner violence to inconsistent condom use. In a 2011 study of over 500 heterosexual men in New York City, researchers found that men who are physically violent with their partners are half as likely to report consistent condom use compared with men who aren’t. And another study, published in 2013, showed that women who were physically abused by their partners in the three months prior to answering the survey were more likely to have had sex without a condom than women who hadn’t experienced that type of violence.

"A partner’s involvement is important where possible," says Linda-Gail Bekker, an infectious disease researcher at The Desmond Tutu HIV Center in South Africa. "But there are some situations where this isn’t feasible either because individuals can’t negotiate condoms, or the negotiation ends up being violent."

Thus, the threat of violence during condom negotiation is an important contributor to "risky sex" in abusive relationships — relationships that one in three women in the US will experience. And going through these experiences won’t just affect a woman once, as surviving intimate partner violence can significantly decrease a woman’s confidence when negotiating condom use with future sexual partners. "It’s not that women are stupid, or that they don’t know that they need to protect themselves from HIV," Forbes says. Rather, it’s that in some situations "the cost of insisting on condoms use is often greater and more immediate than the risk of HIV, either because of partner violence, stigmatization, the risk of the break up of a relationship, or community ostracism — it’s just really tough."

All women may feel these pressures at various points, but female sex workers are especially at risk due to the criminalization of sex work in 116 countries around the world. According to Stefan Baral, a physician epidemiologist at Johns Hopkins University, sex work criminalization represents "an additional barrier" that prevents victims from going to the police when they experience violence.

"Client violence rendered women vulnerable to unprotected and high-risk sex both in the immediate encounter, as well as in future scenarios given their heightened awareness of the violence that could ensue if they refused sex or insisted on condom use," a group of researchers wrote in a 2013 study of 35 female-identified sex workers in Baltimore. They found that 43 percent of the sex workers experienced client violence in the month leading up to the study. Many were forced to perform sex acts without a condom, they said, before describing how for one woman, "coercive condom non-use took the form of client condom removal while he held a gun to her head."

Of course, men — particularly gay men — also experience abuse in relationships. In fact, one in four American men have suffered from intimate partner violence, and in these circumstances, male victims don’t always have the option of negotiating safe sex. But for the purposes of this piece, I’ve opted to discuss the issue of women-identified people on Truvada, because previous articles about the drug have almost exclusively addressed male usage.

Why aren’t we talking about this?

When the female condom was first introduced in 1993, many thought it would give women more independence and control. But like most other safe sex products that target women (dental dam anyone?), the female condom is still a rarity in the bedroom. There are many reasons for that, but one plausible explanation is that it still involves a partner’s knowledge — a characteristic that makes it far less empowering than women once hoped it would be.

"Women still need the acceptance of the partner to use the female condom, so it’s still the same issue [that arises with male condoms]," says Erika Aaron, an adult nurse practitioner at Drexel University who specializes in HIV. But with Truvada, "the user has total control, and it can be taken confidentially — their partner doesn’t need to know — so it’s really up to the woman, and it’s about her own self-empowerment." 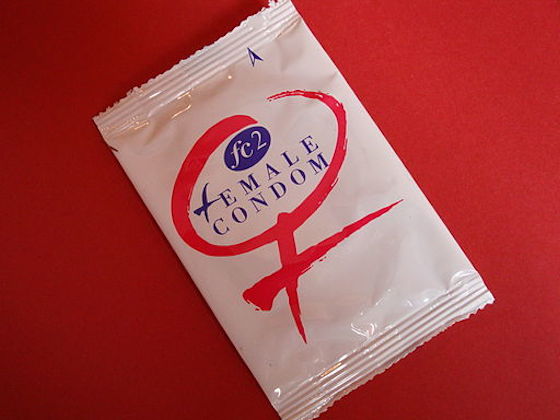 Of course, there are myriad reasons a woman might want to take Truvada: she's planning to have sex with multiple partners, wants to protect against a condom failing, or is unsure of a partner's fidelity. Truvada can be taken and then discontinued when a user’s circumstances change. "Any one person will go through periods of high risk and low risk," Baral says. "There will be times when people may want to use this product and then not — there will be times that a woman may feel that she may need the locus of control within herself."

Truvada also provides hope for injection drug users, and because 52 percent of heroin users in the US are women, the pill's potential among that population is huge. The benefits of Truvada for serodiscordant couples in the US (one person is HIV positive and the other isn’t) are equally important, Aaron says, especially for those who wish to have children. Using it lets people "enjoy the process of pregnancy without all the stress about transmission," she says.

But if Truvada is the HIV preventative that the female condom should have been, why aren't we talking about it? "It’s not clear to me why the media isn’t discussing this," says Beryl Koblin, principal investigator at the New York Blood Center. "But one possible explanation is that the populations that are most highly affected in the US are men who have sex with men — they represent an overwhelming majority of new HIV infections."

48.8 percent of Americans who took Truvada in 2013 were women

Every researcher I spoke with echoed Koblin, but most also mentioned that despite the high rates of new infection in men, women still account for 20 percent of new HIV infections each year in the US. Moreover, one in four Americans living with HIV identify as women, and women comprise 50 percent of those living with HIV worldwide. But what's perhaps most striking is that 48.8 percent of Americans who started taking Truvada between January 2012 and October 2013 were women, according to Ryan McKeel, a spokesperson for Truvada manufacturer Gilead.

With numbers like that, addressing women makes sense. Yet finding an article about Truvada that doesn't omit these benefits isn't easy. "I don't really think it’s the media’s fault," Aaron says. "I think that our government has responsibilities to do mass public health campaigns when there is a clear chance to decrease incidence of HIV, and there should be an infrastructure for this." If there had been a campaign, Aaron says, then it’s likely that the media would have covered the potential the Truvada holds for women. Instead, reporters "have been finding their own way slowly about this choice that people have." 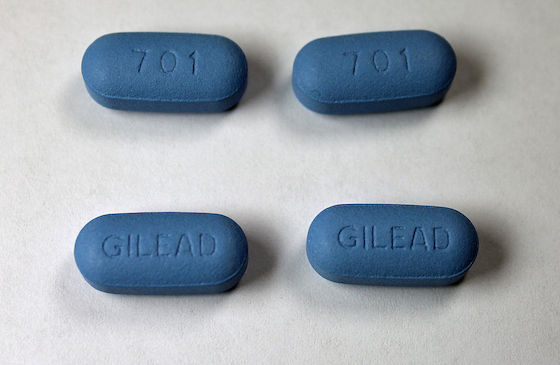 Fortunately, there are people working to enhance Truvada's profile outside of the queer male realm. The US Women and PrEP Working Group, for instance, has organized webinars to raise awareness among health care providers, and met with White House officials last year. During that meeting, "a cross section of the people working with the FDA urged for better training for providers," Forbes says.

If these training programs are developed, researchers, clinicians, and government officials will have their work cut out for them. "At this point, we have very limited knowledge about use among US women," Koblin says. "We need to understand what the uptake is among women and among their providers, because providers in general are not super knowledgeable about [Truvada]."

But these programs won’t just have to support women as they learn to take a pill that isn’t birth control — they'll also have to ensure that Truvada reaches women experiencing abuse. And when clinicians find these women, they will have to help them work around their partners. "Physicians will have to ask women if having a pill in the house could be a problem," Koblin says. "And people who take the pill need clinical care and regular monitoring — so is that something that will work for them?"

Each case will be different, of course, and Truvada won't be right for everyone, but now that there's a tool that can help women gain some control, it's only fitting that they should know.

The only way to do that, however, is to change the conversation. "I spent a lot of my career working on the female condom, and one thing I learned was be careful about stigmatizing products," says Mitchell Warren, executive director at AVAC, a global advocacy group for HIV prevention. "In the early years, it was majoritarily marketed to sex workers." As a result, he says, people would often say "Oh it’s a sex worker product," before dismissing it. So, if health care providers want women to start using Truvada, they will have to tailor campaigns to all audiences, not just queer men. "This could be a life-saving product for everyone," Warren says. "It doesn't have to be a gay thing."