The entire tech industry struggling to compete with Apple, in one insane chart

The entire tech industry struggling to compete with Apple, in one insane chart 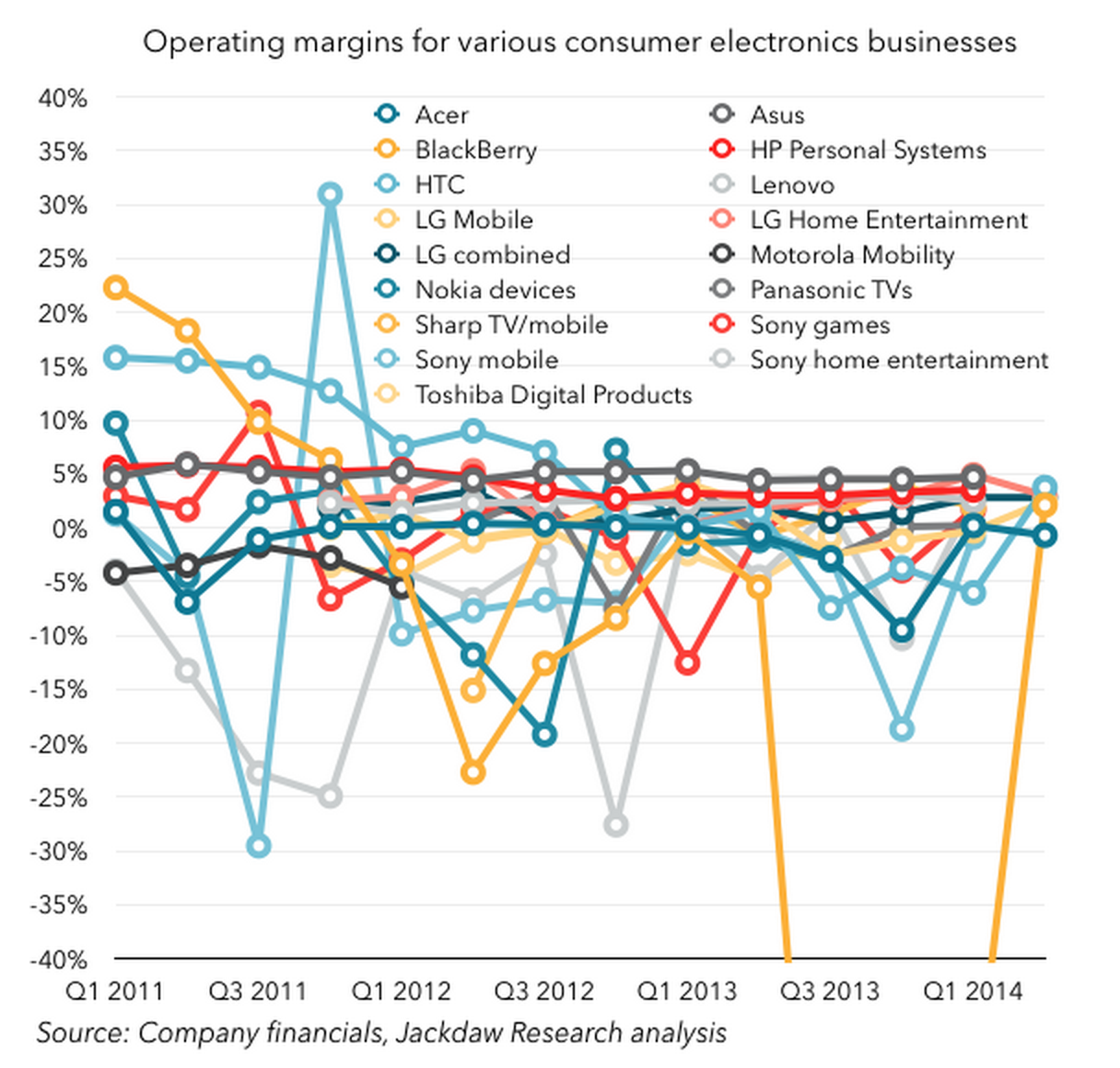 Jan Dawson at Jackdaw Research has a great post about Samsung up today, arguing that the company's future rests on turning around the struggling mobile division. It's an interesting argument, but this insane chart in the middle is the real story: there isn't a single consumer electronics company or major division outside of Samsung or Apple that's posted above a 10 percent operating margin for the past two years. (Samsung isn't on the chart, but it just posted three straight quarters of declining growth, with operating margins of just over 15 percent after hitting between 17 and 20 percent previously.) Everyone's fighting for scraps in a crowded market that's getting even tighter as more and more individual devices get rolled up into mobile phones.

Meanwhile, Apple's operating margin has averaged around 30 percent for the past two years, falling to a low of 27 percent in Q2 2013 and most recently coming in at 28.84 percent. 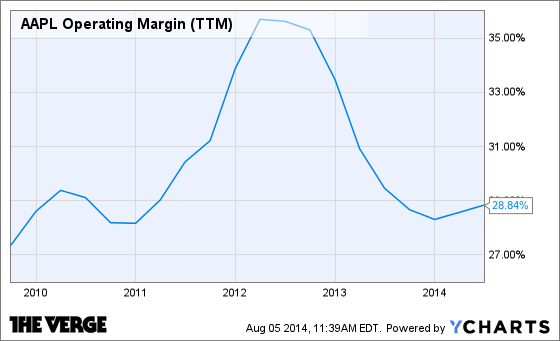