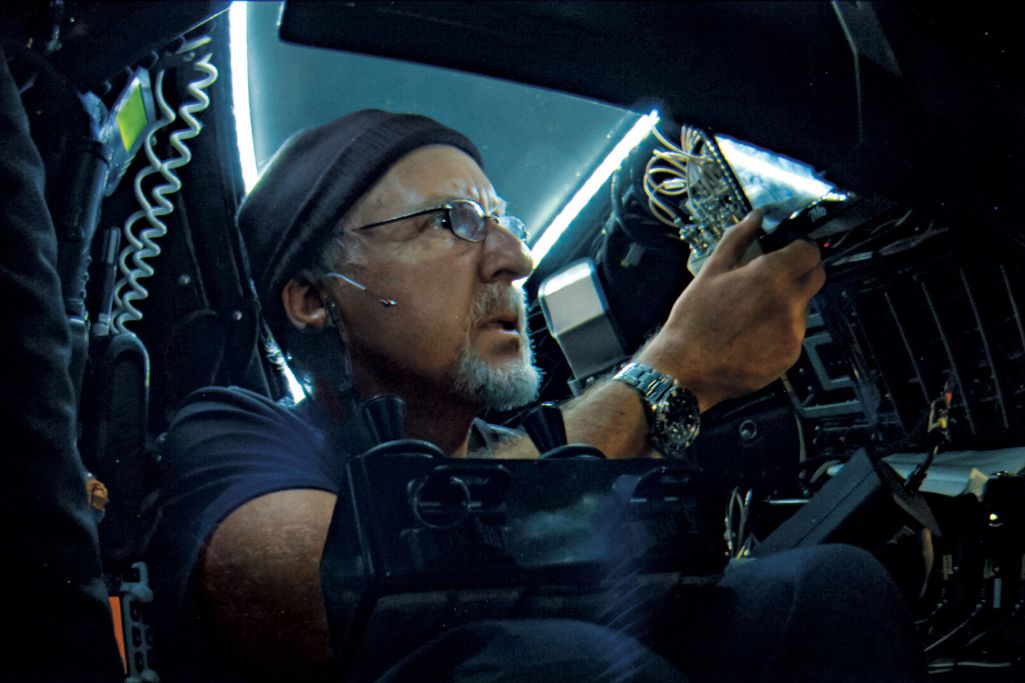 James Cameron reveres the ocean. “This is my church,” the 59-year-old filmmaker says midway through Deepsea Challenge 3D, a new documentary about his semi-successful 2012 dive to the deepest place on Earth inside an experimental submarine. The sentiment shouldn’t come as much of a surprise. After all, this is the director who brought us Titanic, The Abyss, Piranha Part Two: The Spawning, and two IMAX documentaries about the deep oceans (Cameron has said that his upcoming sequels to Avatar will take place in alien oceans). In a rare turn, the notoriously controlling filmmaker’s main role in Deepsea Challenge 3D is in front of the camera, with directorial duties ceded to his fellow explorers John Bruno, Ray Quint, and the late Andrew Wight. The result is an entertaining and educational look at the enormous effort it took to pull off the deepest solo dive in history.

At its best, Deepsea Challenge 3D, a National Geographic film that premieres nationwide this Friday in IMAX 3D, is also a profile of James Cameron himself. What kind of person travels to the bottom of the ocean in a tiny, cramped sphere when he’s not making immensely successful, big-budget Hollywood movies? Deepsea Challenge 3D seeks to have Cameron answer this question for himself, as he oversees the creation and deployment of the private submarine Deepsea Challenger, a 24-foot tall, neon green, blade-like craft straight out of science fiction.

"I’ve seen some pretty astonishing things at the depths."

When the film begins, construction on his sub hasn’t even begun, but already Cameron outlines his ambitious goals to explore the Challenger Deep, the deepest part of the seafloor on record, located over 7 miles (36,000 feet) below the western Pacific Ocean. The spot had only been visited by humanity once before — by Jacques Piccard and Don Walsh on the 1960 voyage of the Trieste — and only briefly, too quickly to get a detailed look at the environment or any potential lifeforms. Much of the drama in Deepsea Challenge 3D centers around whether Cameron and his team of engineers and explorers will be able to finish building their sub on deadline, and whether it will be reliable enough to protect its pilot from a watery grave.

Cameron is much better at explaining the science involved in his mission than he is in revealing what makes him tick. But he does point to one common denominator between his two careers: insatiable curiosity. Through a combination of staged flashbacks and behind-the-scenes footage, we see how the underwater filmmaking equipment he developed for his movies went on to be used for his subsequent scientific dives. Likewise, Cameron admits that marine creatures have inspired the aliens that appear in his films. There’s "an alien world right here on Earth," Cameron says in Deepsea Challenge 3D. "I’ve seen some pretty astonishing things at the depths." 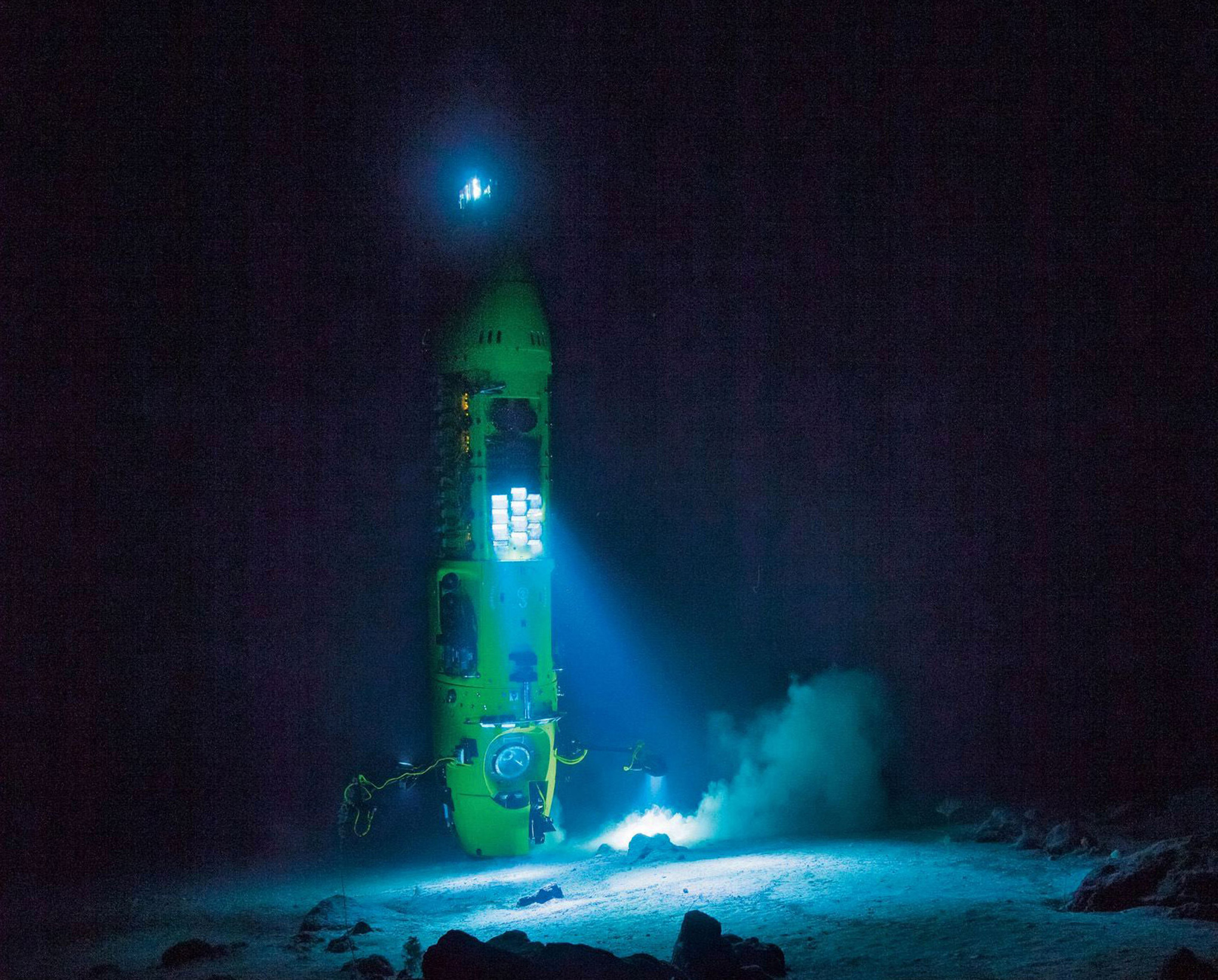 We also get to see some of those astonishing things in Deepsea Challenge 3D, thanks to Cameron’s diligence in recording all of his underwater adventures over the past three decades. As the filmmaker who largely kicked off the 3D feature film revival with Avatar, it makes sense that Cameron would insist upon equipping the Deepsea Challenger submarine with two 3D cameras built specifically to survive the crushing pressures of the bottom of the ocean. ("Ten thousand pounds per square inch," he reminds us, "like two Humvees sitting on your thumbnail.") But the film has a tendency to over-rely on his archival footage, in part, no doubt, because his voyage to the bottom of the ocean was actually cut short by mechanical failure — one of the more authentically dramatic moments we witness.

Deepsea Challenge 3D also contains sweeping aerial footage that wouldn’t be out of place in Avatar, mostly of the ocean surface and island chains where Cameron and his crew trained for his dive. And there is liberal use of computer-generated effects to recreate the submarine’s descents, a sometimes disconcerting choice, as it makes it harder to tell if what we’re seeing is real ocean photography or not.

In fact, Deepsea Challenge 3D’s visual language and plot are so similar to Cameron’s other fictional movies, it’s easy to forget the film is a documentary, and that he wasn’t totally in control of the outcome. That’s both good and bad. Cameron comes off as the ultimate action hero, a grizzled adventurer who alternates between macho wisecracks and grandiose statements about the nature of life and death. But he glosses over relationships with his family and friends, and how they’re affected by his adventures below water. The biggest drawback of Deepsea Challenge 3D is that while we get to explore the deepest parts of the ocean with Cameron as our guide, we only skim the surface of the man himself. 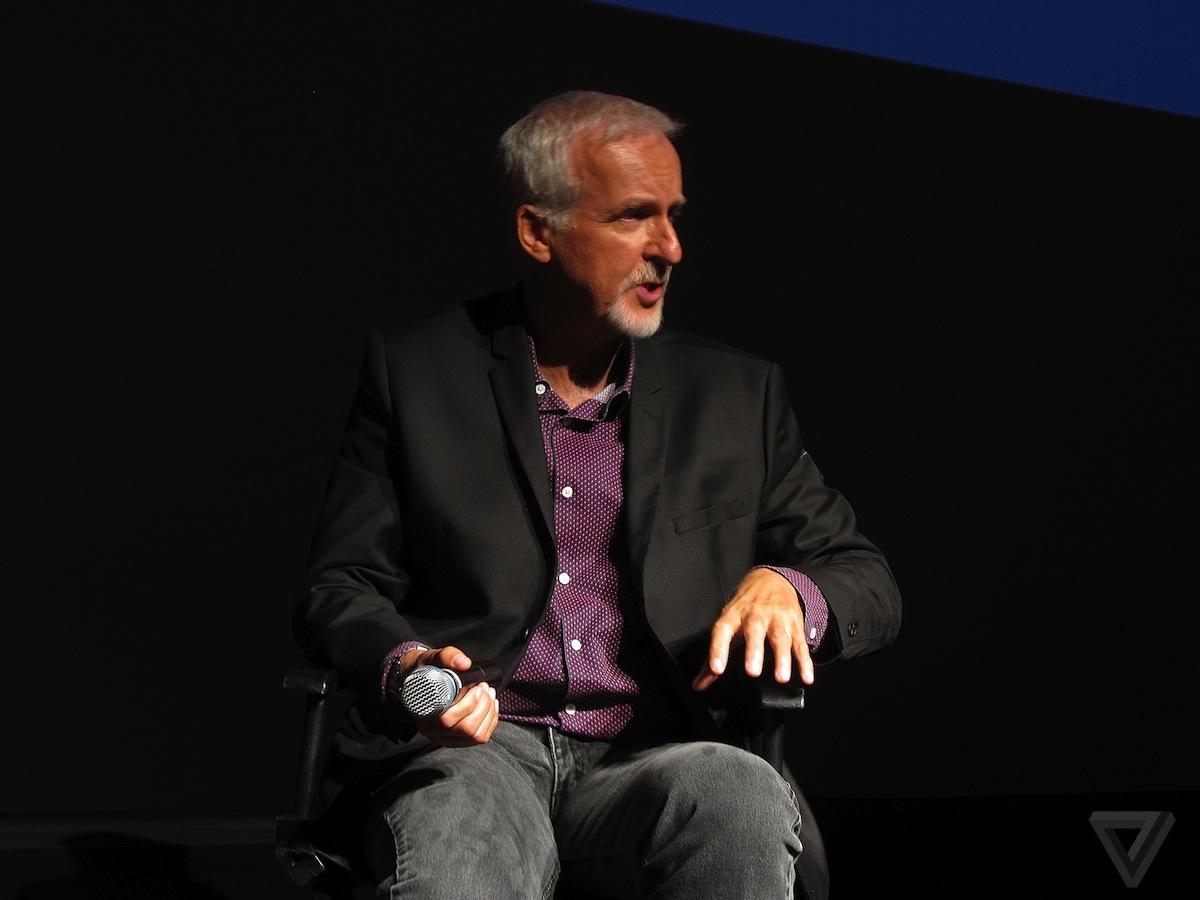