Line's bears and bunnies are coming for America

How this Japanese chat sensation plans to win the West

Share All sharing options for: Line's bears and bunnies are coming for America

Everyone in Japan knows Brown, the laid-back bear, and Cony, the bunny whose wild enthusiasm makes Brown seem even more chilled. They make a good pair — they’re dating, you see — and they also make a lot of money for their owners. They’re virtual stickers inside Line, a messaging app that now dominates Japan.

The cute characters in Line’s stickers — next-level emoji, basically — are hugely popular outside the app itself, with ubiquitous merchandising that’s impossible to ignore. Though it doesn’t disclose profit, the company reports impressive revenue growth off the back of sticker sales and in-app purchases from its gaming service. The app had over 450 million users worldwide as of June, with CEO Akira Morikawa targeting 1 billion by next year. It’s available on pretty much every platform imaginable.

And now Line is gunning for Americans. 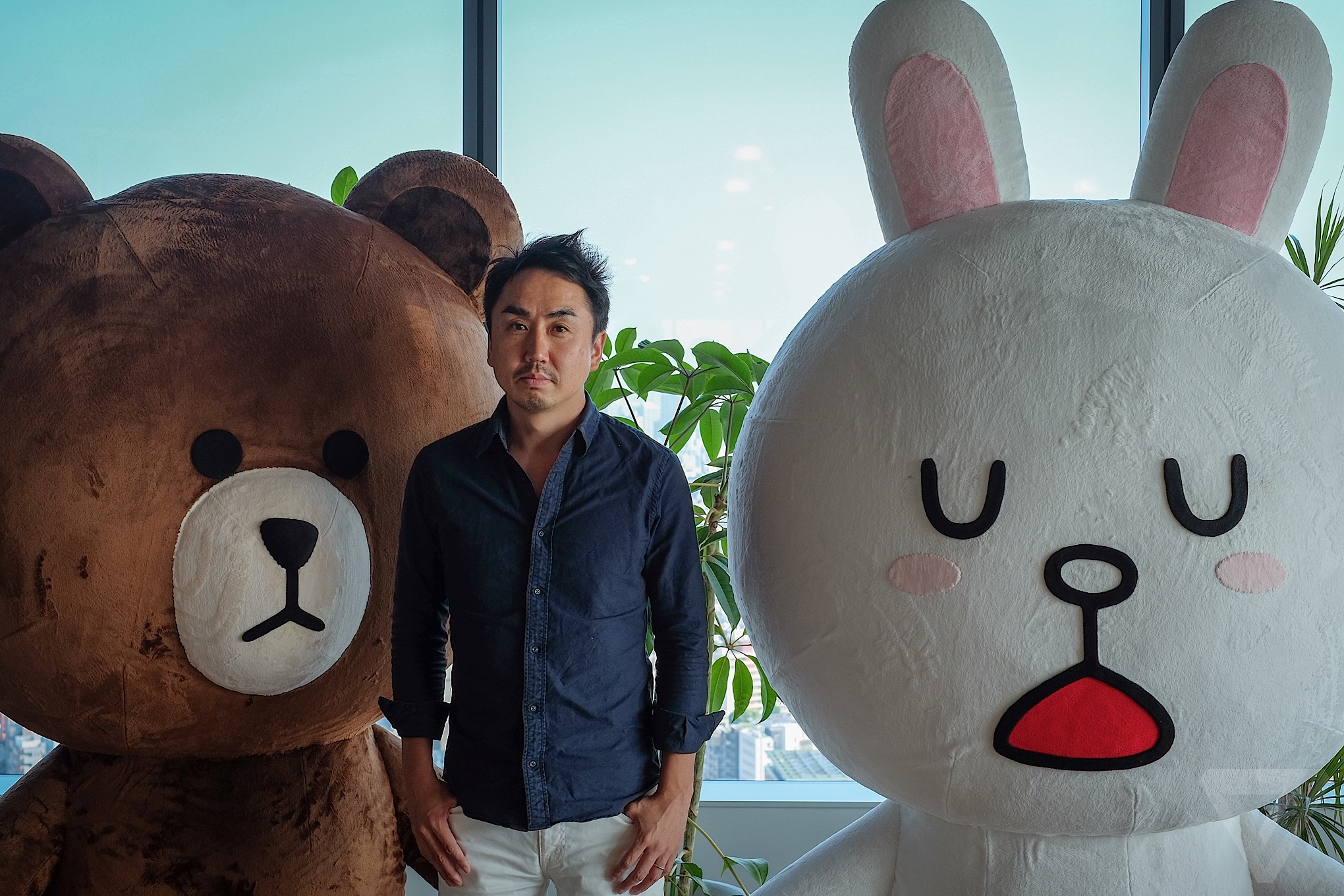 It’s no secret that messaging is the killer app for smartphones, and there are a lot of contenders aiming to own the space. In the last year the market has seen massive amounts of money invested — Facebook bought WhatsApp for $16 billion-plus and there’s talk of a funding round valuing Snapchat at $10 billion. So what’s the big deal about Line? "If you had to say what makes Line stand out, I would have to say our user experience," says affable COO Takeshi Idezawa (above) on the 29th floor of a stunning new Shibuya office and shopping complex. I’ve walked past giant bear and bunny statues to get to this conference room, and we’re drinking water out of little bottles with the same Line characters on them. "The time that we put into the design with things like stickers, and the overall reaction that users get from our app, really makes Line stand out."

Line is much more ambitious than the likes of WhatsApp

Line’s design is actually not that unique. There are four buttons along the bottom, like countless other apps: your friends list, your conversations, a timeline of Twitter-style updates, and a bloated "More" category that houses everything from the voice-call feature to the sticker shop to links for more apps and games inside its growing ecosystem. There are multiple themes — the one you see on the right is Brown's. And there are all the settings and basic features you'd expect. But although it shares the same core messaging functionality, Line is much more ambitious than the likes of WhatsApp or Viber. It’s closer to a platform than an app; in this, it has more in common with Asian neighbors WeChat and Kakao Talk, which have made waves in China and South Korea without catching on much elsewhere.

But above all, Line is fun.

Stickers are not a gimmick. At least, not the way they’re implemented in Line. Although much attention is spent (and revenue gained) whenever Line signs a sticker deal with the likes of Paul McCartney, it’s actually the company’s own creations that strike the deepest chord with many users. And, between Brown and Cony, there’s a sticker to convey just about any emotion you can think of. "It’s just easier when a bear says it," as social media writer Ryoko Morishima told The New York Times. Line has other characters like Moon, with his generic round face; James, the romantic and occasionally disheveled blond; and a supporting cast including a duck, a frog, a cat, a caterpillar, and the human boss of the fictional company they all work for. If you’ve been using Line for any time at all, the ensemble of characters starts to feel like the cast of a soap opera — one where you’re compelled to pay $2 to unlock the next "episode," or sticker set. 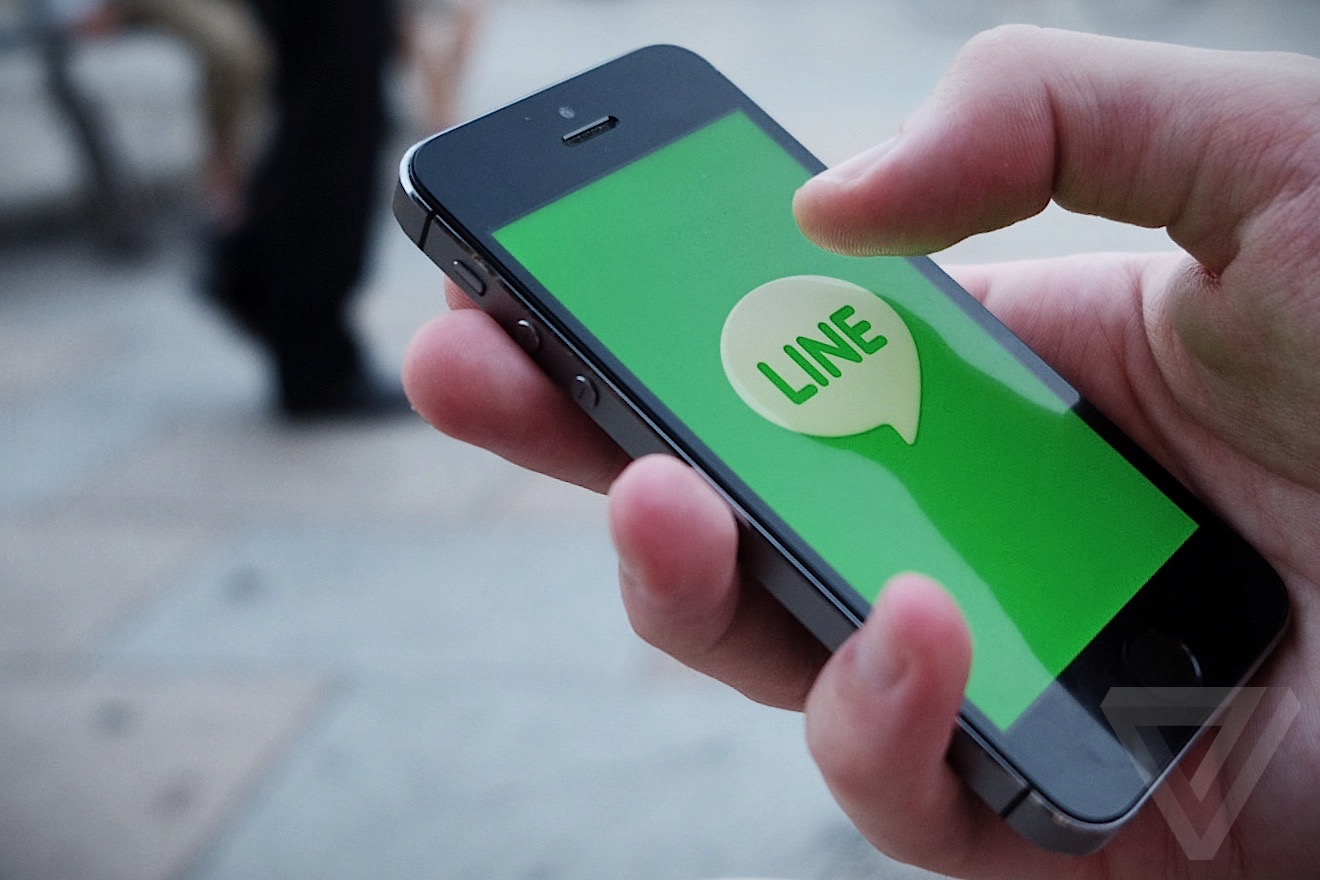 The characters permeate Line’s other content offerings. You can get a Line Weather app that shows their reaction to the onset of a thunderstorm. There’s a Line Camera app that lets you put them in your photos. And they feature heavily in Line’s gaming platform, which has seen over 410 million individual app downloads. But Japan isn’t known for its restraint when it comes to public adoration for cute promotional characters — right now the country is gripped by a weird, anthropomorphized pear named Funassyi that’s the unofficial mascot for the small port city of Funabashi, for example. The question is: will America take to Brown and Cony?

"We’re doing so much to try to capture the US market right now," says Idezawa. But Tokyo-based social-games consultant Serkan Toto isn’t convinced it will happen. "The market is oversaturated with apps that already have a much wider user base and solve the same problem, first and foremost WhatsApp and Facebook Messenger," he says. "Every time I try to introduce the Line concept to American friends, they look at the app and go ‘This looks weird,’ or ‘This looks like a cartoon.’ I personally think the design approach will not resonate with the mainstream in the US." But Idezawa believes the company is adept at adapting its product to different audiences. "I do think [American and Japanese users] want different things. The most important thing is localizing our products and services to that market."

"The most important thing is localizing our products and services to that market."

Line’s success in Spain, where it mounted a major challenge against the dominant WhatsApp to gain over 16 million users, may be a useful case study as the company looks to expand further in the West. Idezawa says it racked up the downloads through a combination of TV ads, localization, and sticker collaborations with soccer giants Barcelona and Real Madrid.

When asked what Line is doing to tailor its service to the US, Idezawa points to Skype-style low-cost calls to landlines, a new Selfie Sticker app that lets you create and send stickers of your own face — "We think that’s very attractive for the American market," he says — along with a new partnership with Disney. Line launched a puzzle game called Disney Tsum Tsum in the US last month that, despite the odd name (it’s a romanization of the Japanese word for "stack", referring to the cute Disney characters you arrange on the board), should be more familiar to US audiences. 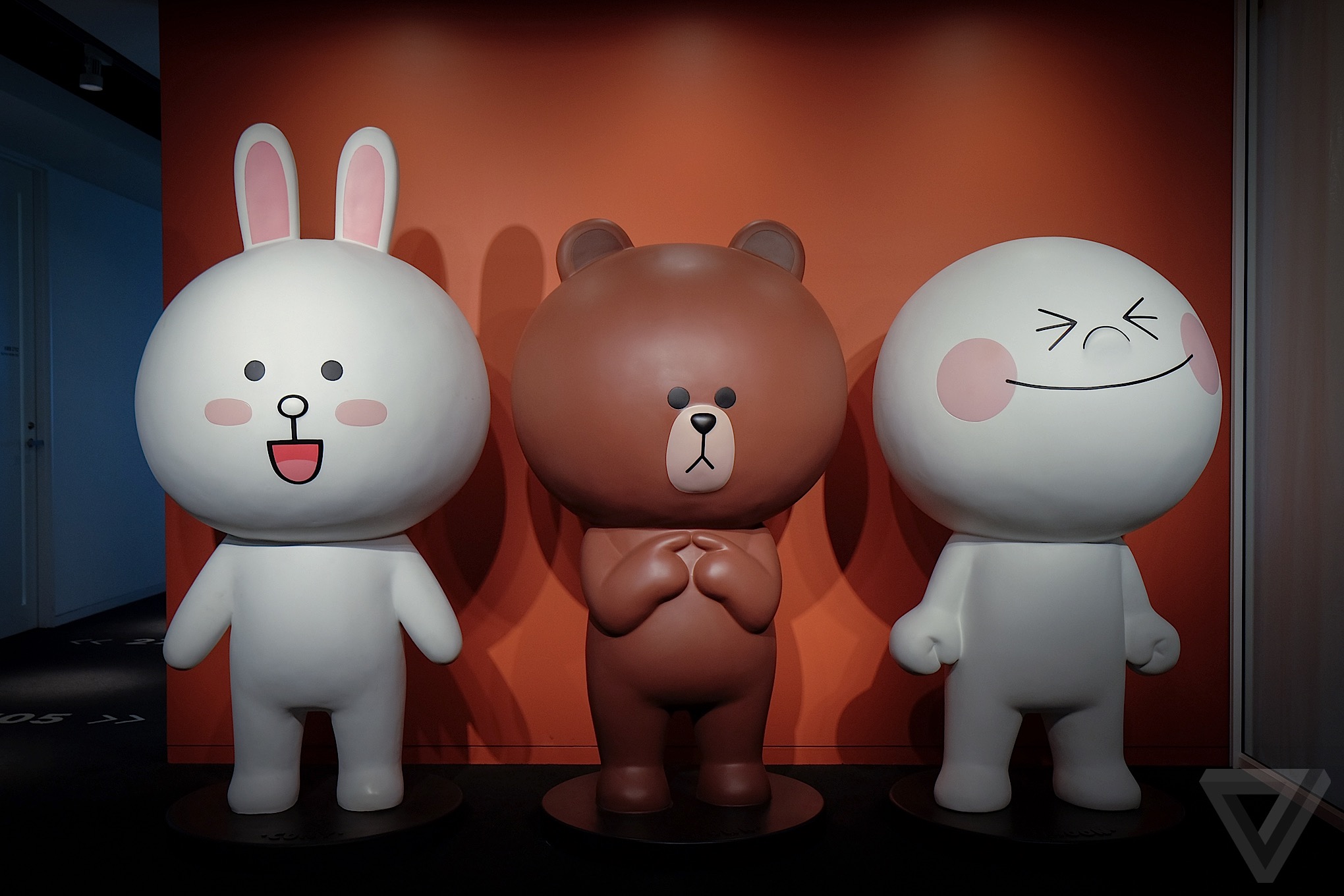 Gaming is an important part of the Line equation, and one that the company believes can be a real differentiator. "Back in the day with online games you had these ranking systems but it was just someone’s ID, and you had no real familiarity with this person," says Idezawa. "The thing that’s different with Line and really makes it stand out is that these are the families, friends, and people in your lives that are inside your contact list on your phone that you see every day." In other words, Line can build an automatic Xbox Live-style friends list made up of people you know because each account is tied to a phone number. The games, which are all free to play and backed by in-app purchases, loop these contacts into leaderboards so you can compete with your friends across the platform. It’s a similar idea to Apple’s Game Center, which has never made much cultural impact beyond frantic Flappy Bird competition, but is simpler to use with a list of Line friends.

If games are going to be Line's beachhead in the US, it may have to open up its platform. The company enforces a strict curation policy that only allows a select few partners. "Having a few dozen games, most of which are made by Asian companies, for a user base of over 500 million isn't enough," according to Toto, the games consultant. "I think that Disney Tsum Tsum is a well-executed game, but at the end of the day, it's just a casual puzzle game powered by Disney, and nothing that will acquire a critical mass of users for them." This week Line announced a $100 million fund to help Japanese developers bring their games to international markets, but that’s unlikely to do much in terms of producing more globally appealing content. Toto cites Kakao Talk as an example to follow — it has hundreds of games next to Line’s handful and brings in serious revenue.

Line has its work cut out for success in the US

Line has its work cut out for US success, then, particularly when you consider that no Japanese software business has ever really made it big in North America. "There are software companies like Nintendo that are famous," says Idezawa when I put this idea to him. "As for internet software companies, though, there hasn’t really been one as far as I know. But we want to be that company."

Whether this comes to pass or not, Line could be the first with a claim to credibility — it’s built a service that its users love, with no small amount of innovation along the way. The cross-platform support is more appealing than iMessage. Stickers have proven compelling and lucrative enough for Facebook and Path to rip off. And Yo’s plan to become a universal middle man for notifications? Japanese brands have been using Line that way for years. If the company can get over entrenched competition and some not insignificant cultural barriers, there’s no reason why America couldn’t get hooked on Line.