Come along with The Verge for the second season of Detours. We’ve traveled across the country to find the people, groups, and companies that are solving America’s problems in new and unconventional ways.

Ferries play a critical role in the San Francisco Bay Area: they serve 7 million commuters annually, and provide the region with a service plan in case of emergency.

But in a part of the country that champions environmentally-friendly advances, ferries are a throwback to earlier, dirtier times. “They’re horrendously inefficient in terms of energy use,” says Jay Gardner, co-founder of Wind+Wing Technologies. “It’s not something operators want to talk about, but they know it. They’re creating greenhouse gases — that alone is sufficient reason to find another way to get boats across the bay.” 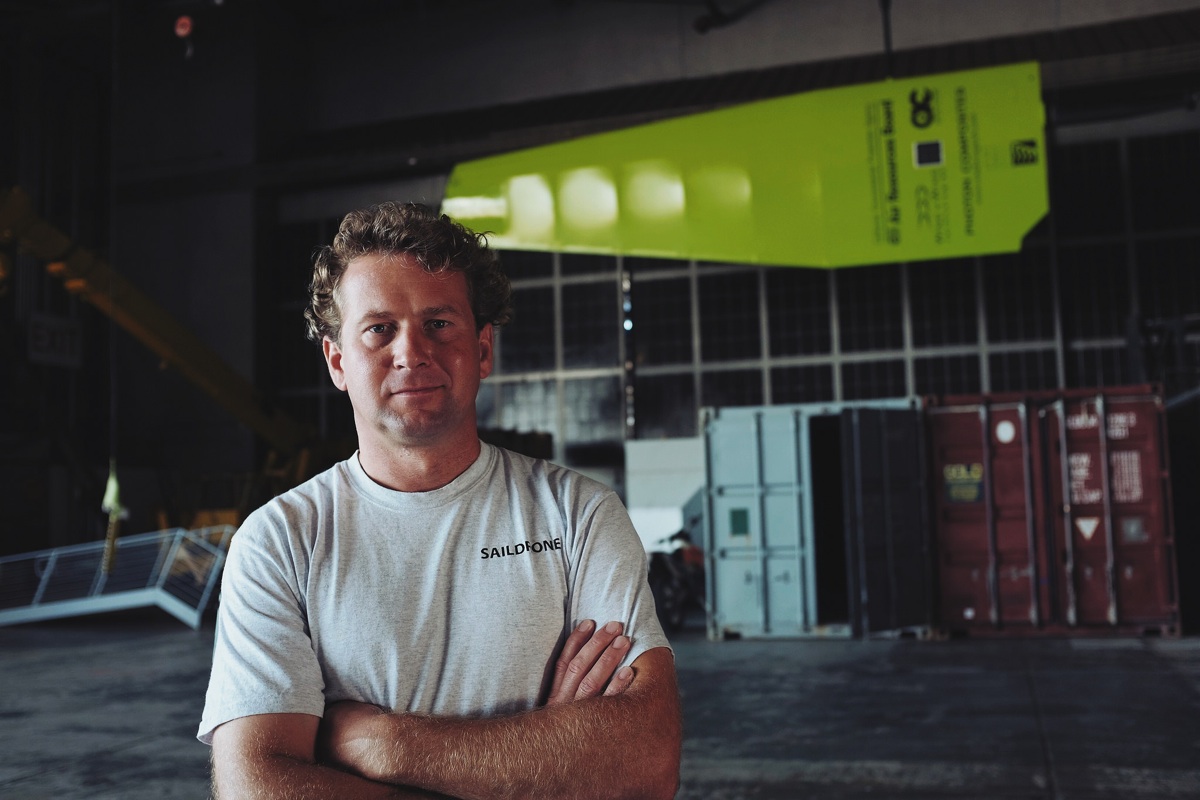 In 2007, Gardner commissioned an engineering study to find a sustainable alternative. Eventually, he was persuaded by the potential of harnessing the Bay’s overwhelming capacity of wind energy. A few years later, Gardner met Richard Jenkins, a British engineer and adventure junkie: Jenkins holds the world’s fastest wind-powered land speed record. Together, they set out to build a prototype that may one day revolutionize ferry operations.

The pair developed a wing that attaches to ferries and stretches 45 ft high, spans 10 ft from front to back, weighs roughly 600 pounds, and can rotate a full 360 degrees (as opposed to conventional sails with 140 degrees of movement). When switched on, a satellite tracking system, vessel data recording (VDR) and a GPS system animate the wing, optimizing its positioning. When switched off, the wing has minimal drag. Gardner and Jenkins envision a hybrid system, in which the wing doesn’t replace motors, but makes them more efficient.

The wing can pay for itself within three to five years

That efficiency comes at a cost: the prototype wing costs a hefty quarter of a million dollars. But in the long run, retrofitting ferries with Wing+Wing sails can be lucrative. Results from a six-month trial earlier this year indicated that the wing reduces fuel use by 42 percent. With a maintenance-free life span of at least 30 years, the wing can pay for itself within three to five years.

Still, not everyone’s convinced. Gardner recalls a ferry captain on one of the sail’s trial runs who waved his hand dismissively, saying "Get that thing outta here!"

"To some it might be a threat — you’re going to use less fuel, probably have smaller motors, do things differently. It was a shock to us," Gardner says. "I guess not everybody liked it."

"We’ve demonstrated that the technology is available," says Jenkins, standing in the Alameda, California hangar that he works from. The prized wing prototype floats suspended from the ceiling above him. "Now it’s up to the policy makers to adopt it. Are they going to insist that this technology is included in the next generation of ferries? It’s a clear choice — go the dirty diesel route or clean tech route."