Samsung now has the most hardcore smartwatch band out there

Samsung now has the most hardcore smartwatch band out there

In case you want to make sure that everyone knows you're a totally legit punk even while you're wearing a frivolous piece of technology on your wrist that's been made by a giant corporation with its arms in more industries than you can imagine, Samsung has partnered with Diesel to produce a series of studded bands for its new Gear S smartwatch. The studded bands come in red and white and are made out of leather. So long as he can get over the watch's Tizen software, we expect Verge EIC Nilay Patel to pick one up immediately. The bands' availability has yet to be announced. 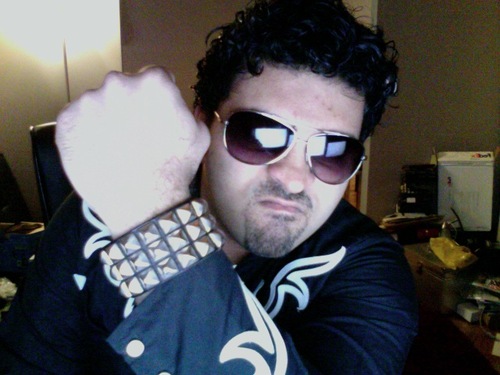 Jokes aside, fashion and wearables are very much becoming inextricable — particularly after Apple's event yesterday — and these watch bands are being put up on show during fashion week. We're going to end up seeing a lot of others styles that haven't traditionally been associated with tech get drawn into this space in the very near future too. See also: Samsung partnered with Swarovski to make a Galaxy Note 4 back and a Gear S band that are coated in glimmering crystals.

A few non-studded versions of Diesel's watch band are also available, including this one below: