It’s Wednesday afternoon on Tumblr, and the internet is in a perpetual loading state. Starting early in the morning, users have been greeted with a cluster of spinning wheels in place of the normal dashboard. “Make it stop,” says a button at the top. Click it, and Mark Ruffalo will explain to you in a video why the FCC (represented whimsically by stock footage of Santa Claus) needs to stop cable companies (a man in a sweater and hard hat) from slowing down the internet (an exploding Earth, covered with a loading sign). Other sites have their own banners, glitchy videos, and explanations of why they’re joining the Battle for the Net — an attempt to get Congress and the FCC to ban “fast lane” deals between web services and broadband companies. By definition, every fast lane creates a slow lane, so protesters have coalesced around the loading “wheel of death” to symbolize the effect.

Copywriter Tag Savage tentatively agrees. “I think we are. It’s now a totem.”

“Now everybody wants the loader all the time.”

"Are we aestheticizing the iconography of our persecutors?"

From there, they move on to explaining a documentary on Gore Vidal’s Caligula. But a more serious question pervades the discussion: how do you compress a long and complicated policy fight into a single day and a single symbol? And how much does it matter?

Tumblr general counsel Ari Shahdadi helped instigate the day of action, which was organized by pro-net neutrality groups Demand Progress, Engine Advocacy, Fight for the Future, and the Free Press Action Fund. One floor up, he and public policy lead Liba Rubenstein have been monitoring feedback and directing the occasional tweak to the page — users were worried, for example, about the amount of information that an automated calling program gathered before putting them in touch with their Congressional representatives, and some seemed leery of even dialing in ("Kids don’t use phones to call people," Savage explains). But Shahdadi believes the overall response has been overwhelmingly positive, especially for something as difficult to explain as net neutrality.

"For SOPA/PIPA it was just much easier," says Shahdadi, referencing the 2012 blackout campaign that has set the bar for internet activism ever since. "You just had to get this bill to not get passed. Here it’s like — oh, we need to convince an independent regulatory agency to promulgate rules under a certain authority that they haven’t used before, and part of that is reclassifying, but then they have to forbear from certain… it starts getting byzantine and ridiculous."

"It starts getting byzantine and ridiculous."

It’s the same problem that activists have had with things like NSA reform. But in this case, net neutrality supporters are pushing for a specific goal: getting the FCC to redefine broadband as a telecommunication service instead of an "information" one. This would give the agency more leeway to set net neutrality restrictions, and it would make it harder for ISPs to sue and get the rules thrown out in court — something Verizon managed to do to the old rules earlier this year. Title II reclassification, as it’s called, could be politically disastrous for FCC chair Tom Wheeler; a former chair referred to the likely fallout as "World War III." It’s anathema to many Republicans, who say it would tie up companies in regulation and tempt the FCC to abuse its newly granted power. Wheeler has previously leaned towards using a more nebulous section of telecom law to justify his rules. But he’s facing increasing pressure to change his mind.

Marvin Ammori, a lawyer and activist who serves on the Board of Directors for several nonprofits, doesn’t think the net neutrality fight is a sure win. But he also believes there’s something of a public consensus on the issue. "We have ten times more support right now than we did at this stage in the SOPA fight," he says, pointing to a highly favorable analysis of the record-breaking number of comments to the FCC. The main issue is creating an environment where Wheeler feels empowered to reclassify broadband, especially by getting Congressional support. "In DC, the people to reach are sort of moderate and centrist conservatives," he says — liberals jumped on board early, and some conservatives will never be convinced. Title II includes more potentially restrictive rules like price controls, though the FCC isn’t required to implement any of them. Libertarian-leaning nonprofit group TechFreedom, which organized its own day of action, warns it will "trigger endless litigation, cripple investment, slow broadband deployment and upgrades, and thus harm underserved communities."

'We love net neutrality' no longer cuts it

All of this is way, way more complicated than anything people probably saw during the day of action, although Tumblr and other participating sites linked out to more detailed information. Rubenstein points out that that "net neutrality" and the "open internet" have become nebulous phrases used even by cable companies themselves, so it’s necessary to be a little more specific. "If it’s just about ‘We love net neutrality,’ that’s not necessarily going to move the needle." Even so, the main focus is on what a world without meaningful net neutrality would be like. 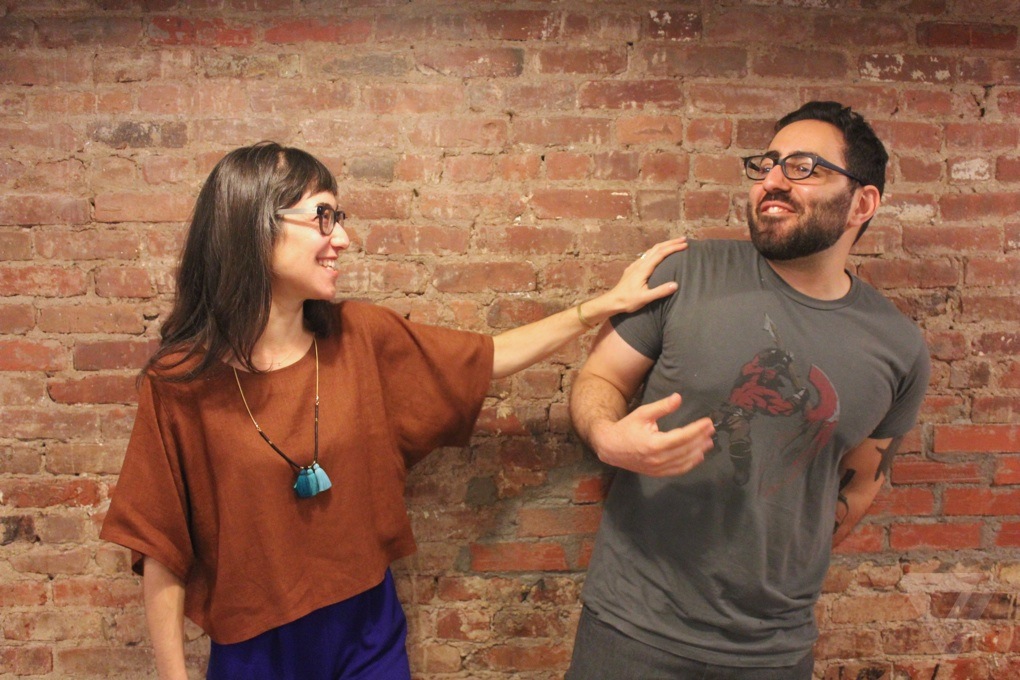 The wheel of death

The ideas behind net neutrality have stayed relatively constant over time, but the way we talk about them is constantly evolving. From 2007 to 2010, when the FCC’s Open Internet Order was adopted, the major threat was Comcast, which had been caught throttling BitTorrent traffic on its network. If Comcast could all but block an entire file transfer protocol, what else could it do? Would telecoms decide to degrade online phone services or other things that competed with their networks? As internet usage caps became more common, a more subtle form of discrimination emerged: ISPs could give certain services a boost by not counting their usage towards the monthly limit. Now, the issue isn’t whether ISPs could degrade a service. It’s whether they could reserve their upgrades for paying customers, leaving the rest of the internet stuck in the past.

The minute a faster option is available, we'll adopt that as the norm

"The spinning wheel of death really was this incredibly simple way of crystallizing what the issue was without exaggerating," says Rubenstein. Poor-quality internet service is already a reality in many places, and the idea that "fast lanes" will kill the incentive to make it better isn’t a far-fetched one. "The idea that the standard that we have now will always be the standard that we feel comfortable with, and that the minute a faster option is available we won’t immediately adopt that as the norm, is just totally ignorant of the way the internet has worked since Day One," she says.

Of course, it’s still a big simplification. Netflix’s ongoing fight with ISPs and the resulting congestion, for example, is a highly visible "slowdown," and CEO Reed Hastings has been outspoken about the need for regulation. But no matter how easy it is to mention Netflix in the same breath as net neutrality, the problem isn’t covered by the rules being proposed right now. The Open Internet framework has always covered the "last mile" between ISPs and individual subscribers, not traffic on the huge "backbone" cables of the internet, which Netflix is paying to improve. 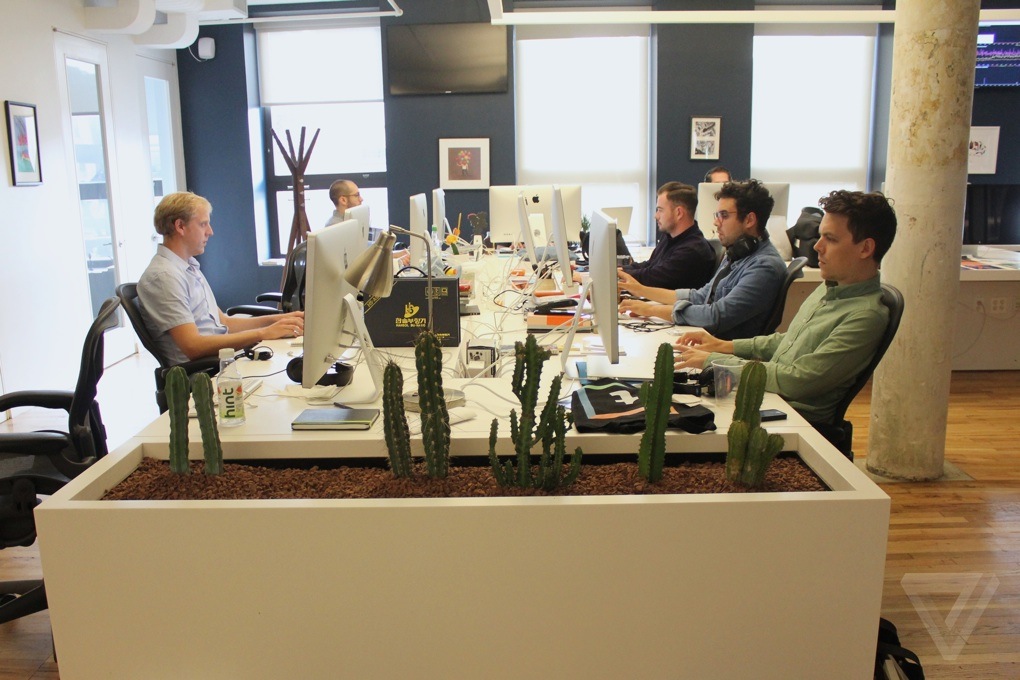 The day of action isn’t going to change minds — "I think if you’ve formed an opinion for or against [Title II], you’re there. Okay, fine, you’re done," says Shahdadi. But according to statistics gathered by Battle for the Net, it mobilized a lot of people, whether avowed supporters or simply internet users who were alerted by the banners. 22 hours into the day-long "slowdown" period, 286,192 people had called Congress and 2,167,092 sent emails. The FCC, which has already received 1.5 million net neutrality comments, got another 722,364 — enough to take down its servers. Over 10,000 websites participated by posting a "loading" widget or other notification, including Tumblr, Netflix, Vimeo, Kickstarter, Reddit, and Etsy.

While it easily outstrips the similar NSA-focused Day We Fight Back, the Battle for the Net is not even close to SOPA levels. At this point, honestly, it’s not clear that anything ever will be. What is clear is that net neutrality has mobilized the internet community in a way few policy issues can. Wheeler’s draft has drawn more comments to the FCC than any docket in the agency’s history.