When DayZ, a buggy, unfinished, and unforgiving zombie apocalypse simulator, shot to prominence early this year, it became known as one of the most difficult and realistic survival games around. Players start at a random part of a huge, mostly empty map. You get tired, hungry, and thirsty. Combat is hard, and weapons are scarce. Everyone around you has an ulterior motive and could stab you in the back at any second.

But for Russian development studio Ice-Pick Lodge, survival should be about more than that. The nine-person team is known for its darkly surreal work about, at a basic level, staying alive. In 2012, it successfully crowdfunded the side-scrolling horror game Knock-Knock. Now, inspired by the success of DayZ and similar games, it’s begun a quarter-million-dollar Kickstarter campaign to completely remake its very first work — an ambitious but deeply broken 2005 role-playing game called Pathologic.

A trailer for the original 2005 game

Pathologic, unlike DayZ, is single-player, but it offers its own brand of apocalyptic survival. Set in a remote village at the turn of the 20th century, the original game covers 12 strictly measured in-game days, during which one of three possible protagonists must find a way to cure a mysterious plague. Different bars chart exhaustion, hunger, overall health, and infection, and the local economy fluctuates wildly, forcing you to resort to bargaining with items you glean from trash bins while catching the odd hour of sleep. The game isn’t always realistic, but it is merciless: it is entirely possible to complete all quests, help save the town, and then accidentally starve to death minutes before the end.

"Does survival only mean preservation of the body?"

But that’s just the background to the real work. Reputation is as important as food or sleep, and you can lose it quickly. You have to learn which friendships are important to cultivate and what tasks are worth your time as a complex story about folklore, local rivalries, and the town’s uneasy relationship with modernity unfolds. Where something like DayZ creates experiences by putting a bunch of real people in an environment and seeing what they do, the tightly controlled Pathologic is like singlehandedly staging a play: you’re given goals and characters, and you’re responsible for figuring out how to get them in place and stop the whole production from falling apart. "Ask yourself: does survival only mean preservation of the body?" the team writes on Kickstarter.

The game is literally theatrical — every day ends with a symbolic performance at the town theater, and two sinister characters in masks hover on the edges of the game world, setting events in motion. This may be partly because Pathologic wasn’t originally a video game at all. Creative lead Nikolay Dybowsky came up with the idea, then tried to turn it into a pen-and-paper game and later a stage production. The final product was a fresh, weird take on the RPG and shooter genre. It was also, sometimes, a mess. The team had no experience with a project on its scale, and they had to push Pathologic out the door with unsolved bugs, undercooked mechanics, and a stilted, confusing English translation. It still has a group of fervent fans, but outside Russia, it’s remained fairly obscure.

"It felt like maybe 'Pathologic' could be something bigger now."

Three games later, Ice-Pick Lodge is a more seasoned company, and writer and translator Alexandra Golubeva thinks the survival genre has a firmer foundation. "There were not that many hardcore survival games back in 2005," she says. "We were this weird, probably quite unique, game." Ten years later, after successes like DayZ, "we can see that there is an audience apart from our existing fans. It felt like maybe Pathologic could be something bigger now." The story, themes, and setting will remain the same, but the team will make the game look better, turn the rudimentary economy into something more complex, improve the translation, and replace "filler quests" with more interesting material. Checking the progress of Kickstarter games is a dodgy business, but a promotional video shows redesigned environments and a more attractive interface. 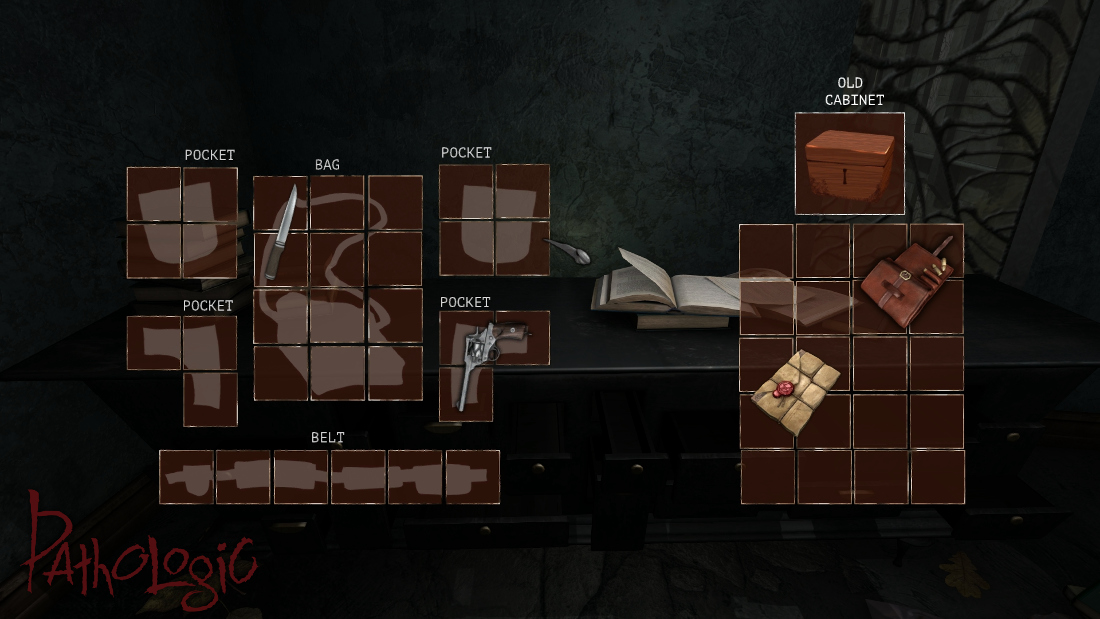 The danger is that some of the original Pathologic’s charm comes from its brokenness, which gave it the feel of an art piece as well as a game. Important characters show up as both real black-and-white photographs and low-detail avatars with smooth, masklike faces. People amble through the streets with gaits that are immediately distinctive but grossly exaggerated — dozens of lumbering drunks, skipping schoolboys, and prowling bandits. When you get close, they swivel in place and stare at you eerily. By necessity, there’s little attempt at realistic visuals or artificial intelligence, leaving only the struggle for survival and the attempt to navigate complex and unpredictable social networks. The translation, which ranges from awkward to barely comprehensible, turns every dialogue tree into a poetic guessing game. DayZ’s outdated graphics and buggy code make it gritty. Pathologic’s, when added to the game’s intentional surrealism, make it avant-garde.

But obscure, offbeat video games are experienced very differently from other media. A cult movie, no matter how weird, can be rediscovered by anyone with access to the film and a couple of hours to spare. Cult games, by contrast, often have elements so unpleasant and frustrating that they limit their audience to only the most devoted. Some have bugs that stop players from progressing without a fan-made patch. Others run poorly or not at all on new operating systems. Many are just ridiculously, punishingly hard, and Pathologic — especially because of its rushed development — is one of them. Ice-Pick Lodge means for the remake to be difficult, but this time by design, not glitches and mistakes. At some points, "you can’t walk down the street because too many bandits have been generated there and they’re attacking for no reason," says Golubeva of the original game. "Like, yeah, that’s hard. It’s also not a real challenge."

'Pathologic’s' flaws are what make it avant-garde 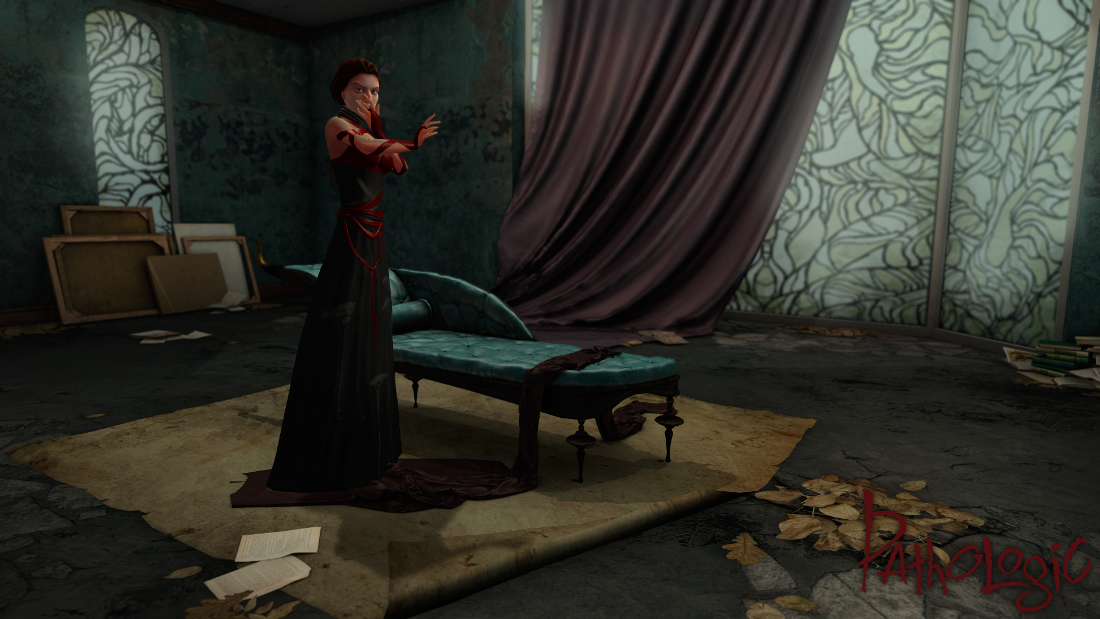 While the constant string of nearly identical sequels for big-name games has drawn plenty of mockery, indie-friendly Kickstarter has become ground zero for the video game reboot. The creators of classics like Myst, Mega Man, and Planescape: Torment have all crowdfunded "spiritual sequels" that import the central themes and mechanics into a new project, regardless of whether they still own the rights to the original. Elsewhere, little conceptual experiments have turned into full-blown (and quite popular) games. Like these projects, Pathologic is an attempt to revisit an old idea when you finally have the resources to make it better.

It will likely be a temporary visit, however. Where another studio might continue to hone a single style or genre, Ice-Pick Lodge’s visions could drive it to all sorts of places — it’s even collaborating with another group of developers on a Pathologic tabletop game. "We never sit down and say ‘Hey, we want to make a game.’ I think that’s never happened in Ice-Pick Lodge. We sit down and we say ‘We have this awesome idea. Now how can we make it work?’" says Golubeva. "If someday an idea would be better suited for a book, we’ll write a book, not make a game."