I've never been able to get into the Lord of the Rings franchise. I've tried, many times, but the movies are just way too long (I've fallen asleep during The Two Towers at least twice) and the books are too dense for me to get into. I understand that it's a deep, fully realized universe with thousands of years of history, and that sounds really cool. I just haven't been able to find that one starting point I can grasp onto before immersing myself in Tolkien's universe.

It turns out all I needed was a video game. 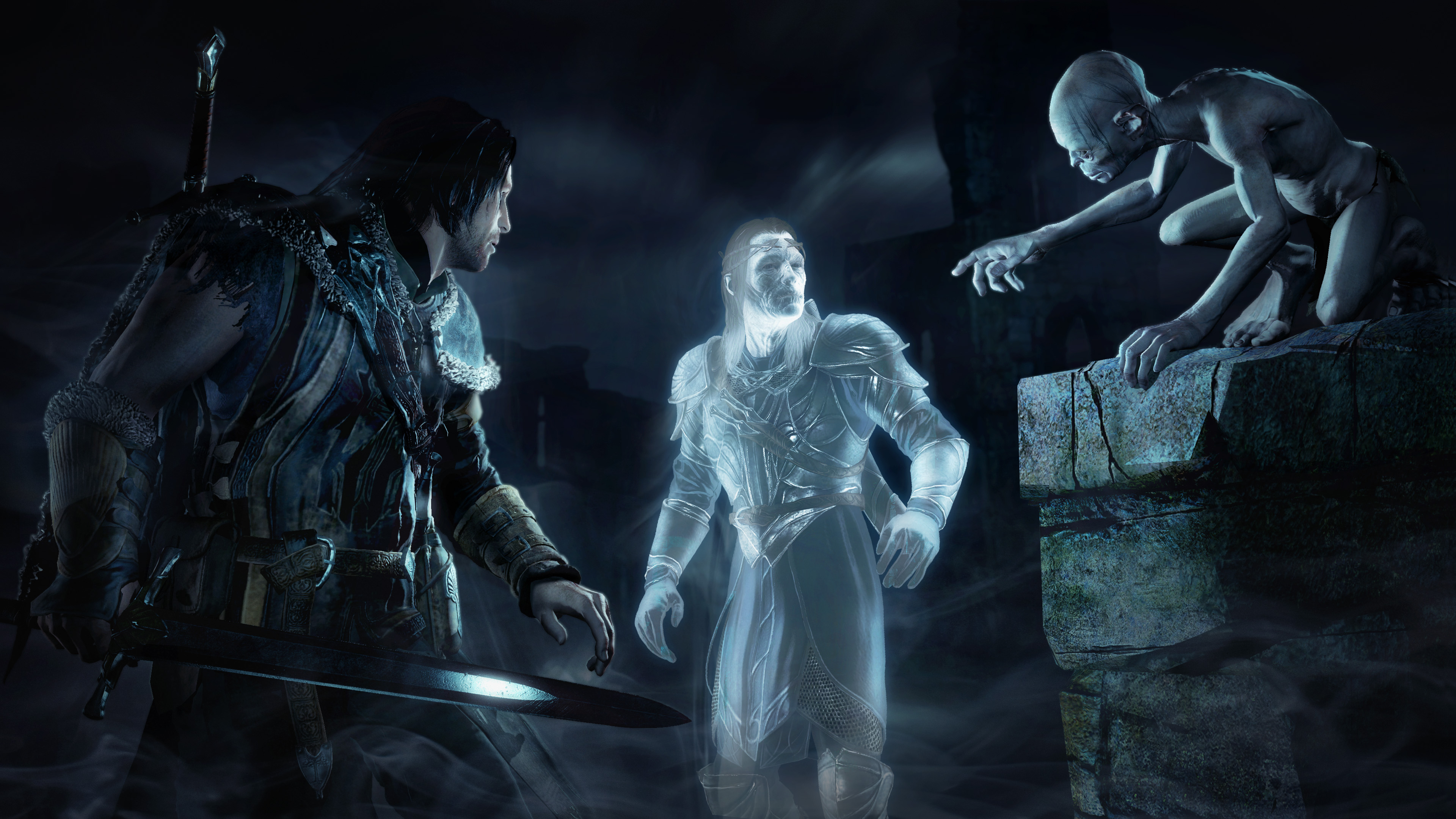 Middle-earth: Shadow of Mordor is a game that aims to fill a gap in the series' mythos, telling a story that serves as a bridge between The Hobbit and The Fellowship of the Ring. It also features just about everything we've come to expect from a big action-adventure game: you can climb up buildings with ease like in Assassin's Creed, and the combat features a satisfyingly brutal counter system much like in the Arkham series of Batman games. It also takes place in a dynamic, open-world version of Mordor, so you can mount a beast and cruise around looking for stuff to do, like a fantasy version of Grand Theft Auto.

And, like seemingly all action games, you play as a man out to avenge a woman. The game stars Talion, a ranger who is forced to watch as orcs kill both his wife and son at the beginning of the game. The twist is that they kill him too, only instead of dying completely he finds himself trapped in a sort of undead limbo, where he meets a helpful ghost-like creature called a wraith who bonds with him and brings Talion back to the land of the living. Imbued with fancy new ghost powers — like the ability to see bad guys through walls or slow down time for the perfect bow-and-arrow headshot — Talion ventures into Mordor to get his revenge on Sauron and his legion of angry orcs.

The main storyline is mildly interesting, but the best thing it does is simply get out of the way. Shadow of Mordor's tale of revenge is really a chance to delve into the world of orc society. In order to get to Sauron you first need to take down his war chiefs, and in order to get to them you'll need to kill lower-level orcs like captains and bodyguards. The game is centered around the rigid power structure of the orc world: in order to get to one of the war chief's bodyguards, you'll first need to find a low-level captain and squeeze him for intel. Each orc has its own unique strengths and weaknesses — some are scared of fire, while others are impervious to stealth attacks — and in order to take them down you need to know what those weak points are.

Shadow of Mordor is all about taking down Sauron’s army from the inside, which means you'll be doing a lot of sneaking around, hiding in the shadows as you move silently through an orc village so you can poison their hooch. But the game's open nature and the unique structure of the boss characters means you can tackle things in almost any way you want. If one troublesome orc captain is proving too difficult to kill, move on to the next. And to make things even more interesting, if an orc boss happens to kill you, he'll actually remember, and the next time you meet you'll find an even stronger enemy just itching to make sure you stay dead. 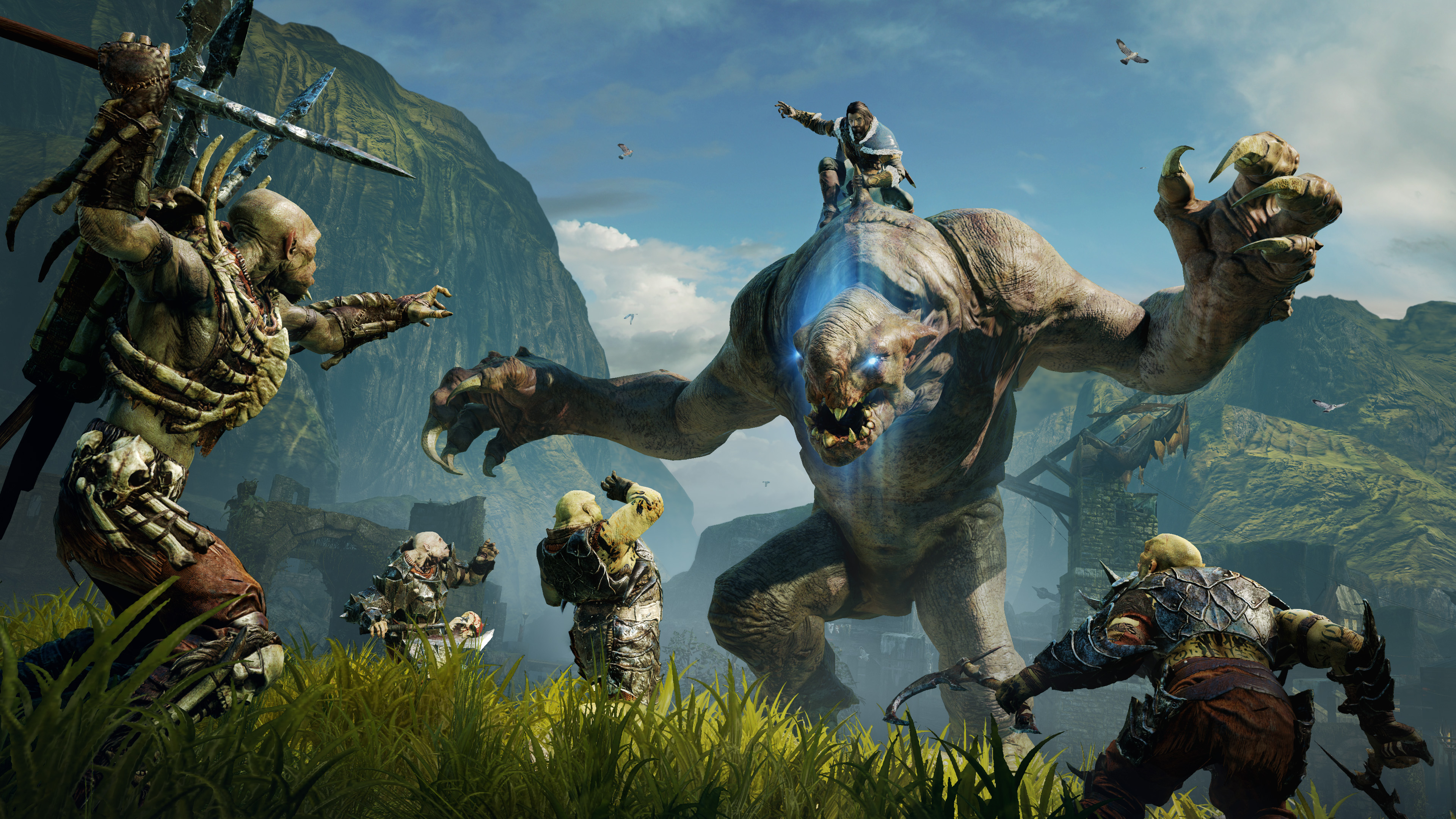 Your relationship with these characters grows organically, and is much more interesting than the canned cinematic tale the game tries to tell. I've spent a great deal of time not even paying attention to the main story, and instead trying to figure out how to finally kill Ratlug of the Pit, a pesky little orc who always seems to show up at the worst time, and ends up sticking me with a spear. The last time he killed me, maybe the fourth or fifth such encounter, he said in my ear, "Even I'm getting tired of this."

I even read about Mordor's plant-life

As this was going on, a funny thing happened: I found myself becoming increasingly interested in the world I was exploring. Whereas the movies and books beat you over the head with lore, delving straight into characters and places with names that are impossible to pronounce, Shadow of Mordor lures you in with its fantastic gameplay. Once it had its hooks in me, I started to wonder about the things I was seeing. Just what were these weird ghouls that kept swarming me when I'd venture out at night? What exactly is Mordor? And just what's the deal with these rings, anyways? Like many games, Shadow of Mordor features a sort of built-in encyclopedia, letting you read up on bits of backstory and lore. So far I've read every single entry I've unlocked — I even read about Mordor's plant-life. (Did you know that in Middle-earth potatoes are called Earthbread?)

By letting me tell my own story in its world, Shadow of Mordor got me interested in Tolkien's universe in a way no other piece of media has. At first I was just having fun sneaking up on orcs and stabbing them in the neck, but 15 hours in I was seeking out every corner of Mordor so that I could learn more about it (while still having fun stabbing orcs).

Maybe I'll give The Two Towers another shot.

Middle-earth: Shadow of Mordor is available on the Xbox One, PS4, and PC on September 30th, with a Xbox 360 and PS3 version launching on November 18th.