I want a brown strap for the Moto 360, but there’s none available at launch. “Patience, grasshopper,” Jim Wicks tells me, looking over a colorful sample book of leather swatches.

I get the sense that patience is a concept Wicks knows well. As Motorola’s senior VP of design, he’s overseen a near-total reboot of the company’s design language over the past two years, and the 360 seems like the ultimate embodiment of that: it’s simple, round, and beautiful. It just took a long time to get from a sketch to a store shelf.

There are many reasons for that. At a basic level, making a round smartwatch with practically no bezel at all is hard — it’s a message I got time and time again as I toured Motorola’s Chicago headquarters this week.

“We’ve done round before,” says Iqbal Arshad, the senior vice president responsible for Motorola’s entire engineering operation. He gestures to a Motorola Aura at his side, a beautiful and unusual $2,000 novelty that the company briefly sold in the late aughts. Arshad still looks proud of it half a decade later, and he should be: it was the first phone (and possibly the first consumer device) with a high-resolution circular display, long before the Nest thermostat started taking homes by storm. “But the challenge was how to make a round product without having all the circuitry — for example, in Aura, that you see at the bottom of the device.” 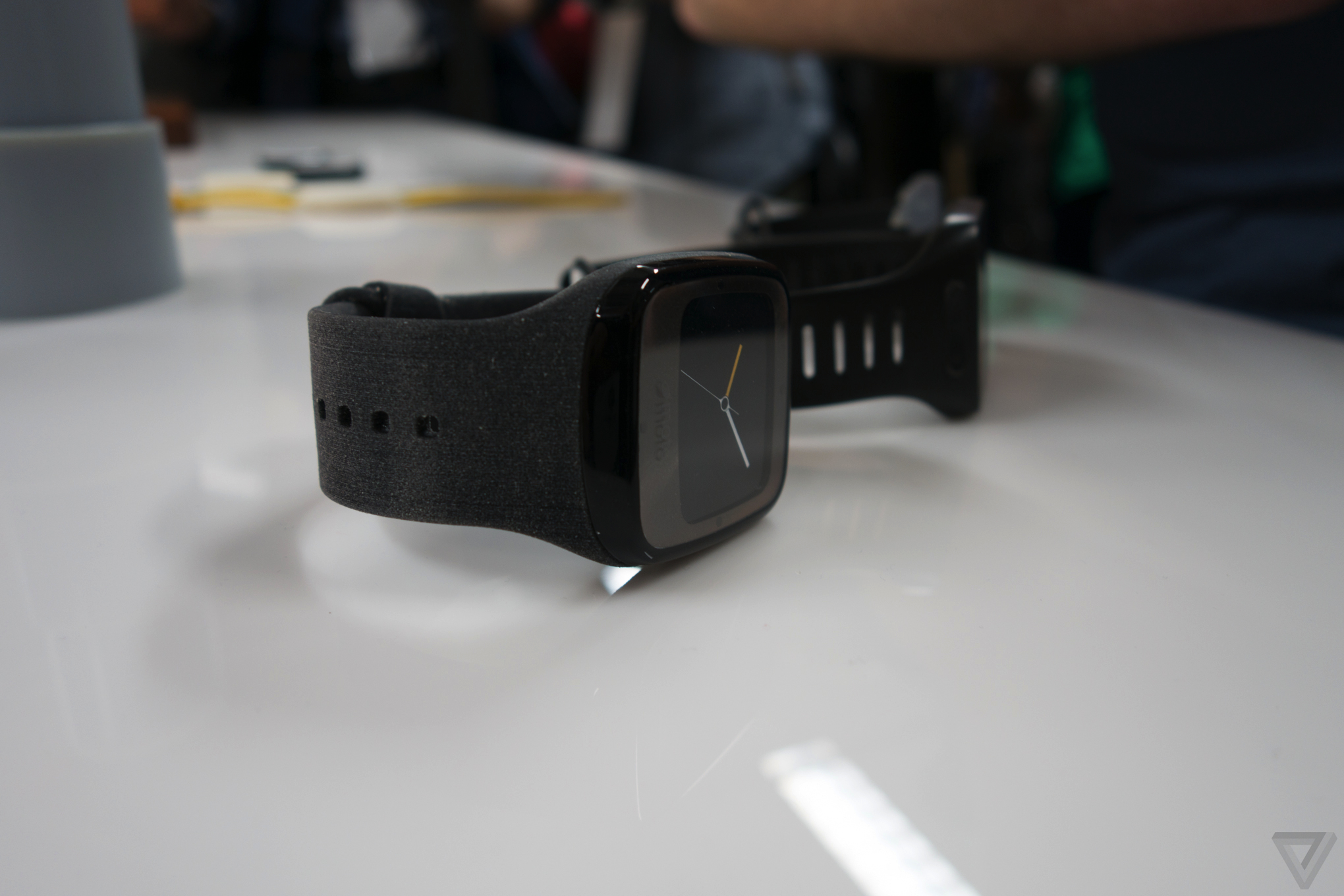 As Arshad talks, showing off an exploded 360 that’s been splayed into its individual layers of chips, glass, and metal, I realize that this is his art. He talks about the half dollar-sized circuit board with the same energy and nuance that an architect might use to describe an evocative structure — or like Arshad’s counterpart, Jim Wicks, might gush over a book of leather swatches. He describes how eliminating the bezel required herculean engineering, moving all connections between components to the Z-axis — vertically through the device, that is, instead of extending beyond the edges of the circuit board — and turning the stainless steel case itself into an antenna.

Motorola says that all of this effort went into making the Moto 360 round — or nearly round, anyway — because the shape of time is inexorably ingrained into our minds from an early age. Time is round. Design director Dickon Isaacs notes that when you draw a house, you instinctually draw a box with a triangle on top; when you draw a watch, you draw a circle with a strap on either side. "How do we create something that is not just a piece of technology on your wrist? This is where the whole idea of having a round device on your wrist came from. It’s the notion of time, and time is associated with something round," Arshad explains.

And yet for all the emphasis on time and its physical manifestation, the software that runs on this watch nearly didn’t show it at all. "I think in some of our early conversations we were even quite provocative and said ‘Maybe the watch shouldn’t even tell the time,’" says David Singleton, director of engineering for Android Wear at Google. Brett Lider, Wear’s user experience lead, chimes in. "Which people laugh at because it seems so ridiculous that a watch wouldn’t tell you the time, but really I don’t need to know that it’s 10:00. I need to know that I need to be in a meeting in two minutes if it’s about to be 10:00. Like, the time really doesn’t matter."

"That idea of not putting the time there, it lasted a long time," Singleton says. To his credit, there’s a sexiness to the notion that the actual numerical time of day doesn’t matter, as long as your phone knows quite literally everything about your schedule — but sooner or later, Google’s team says that reality set in as the Wear platform took shape. "Obviously we decided to come up with something that allows you to answer the question, ‘What time is it?’ as well as know when your next important commitment is."

That’s good, because a round object on the wrist that couldn’t tell the time would be odd, to say the least. 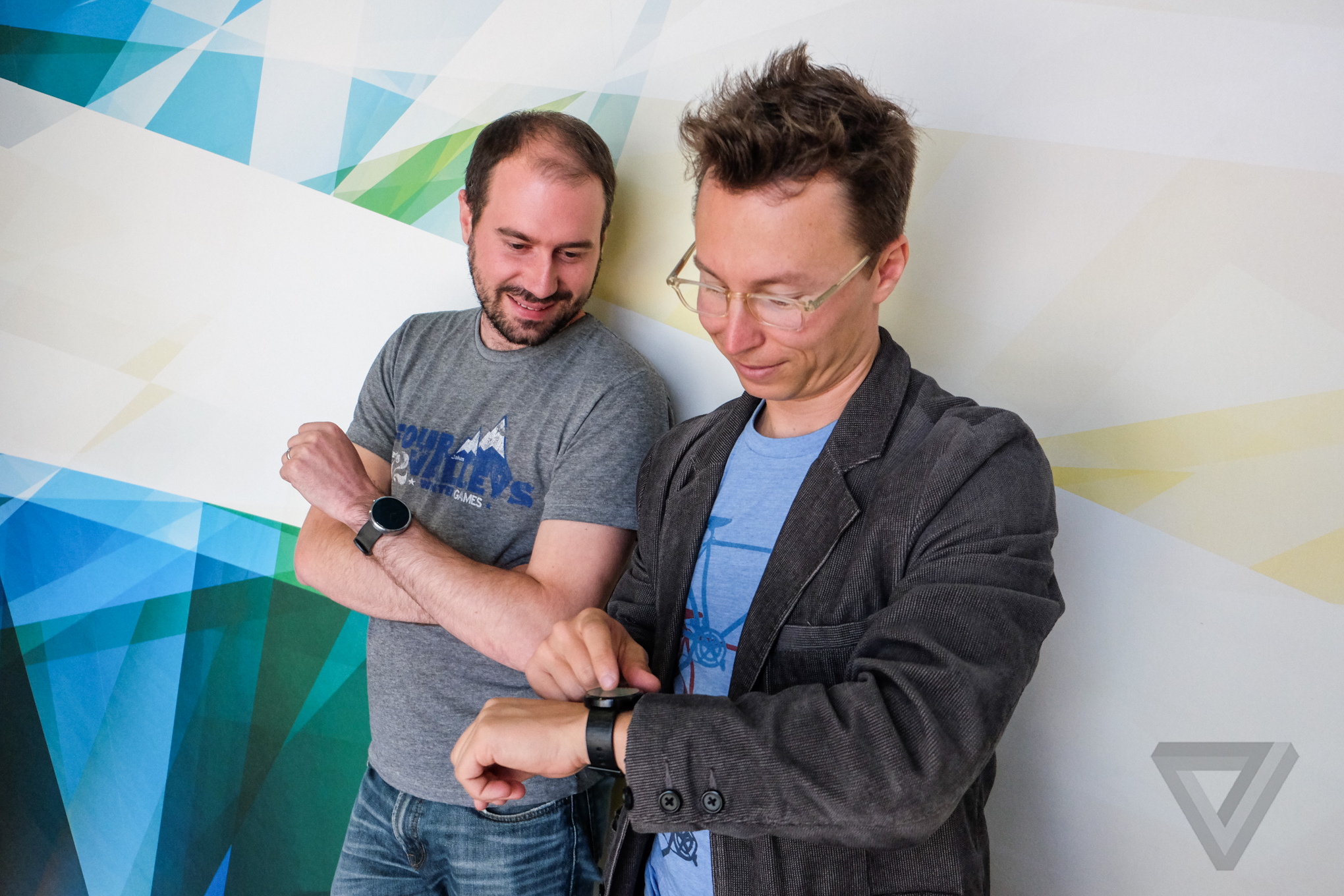 The 360 wasn’t always round, though. As we walked through the company’s rapid prototyping facility — the humming, machine-filled room tasked with pumping out physical copies of designs to see if they’re any good — Isaacs shows off a handful of early squares and squircles that didn’t make the cut. There’s the whole philosophy about time being round, of course, but there’s the more pragmatic matter of square watches not resting as naturally on the wrist as a round one does. Once they settled on the circle, the team debated making the bezel fat enough to fit the ambient light sensor, but a thinner bezel with a blacked-out chunk missing from the bottom of the display ultimately won out.

The 360 could've been a square or a squircle

And in our interviews with the Google team, the gravitation toward round as the natural shape for Android Wear was just as apparent. "It happens to be that round objects just sit on the wrist better. If you actually look at the bones in the wrist, there’s a knobby bone here that for some people is uncomfortable to wear something that isn’t round," Lider says. He mentions the "fuse" user interface elements on Wear, the graphical countdowns for cancelable actions that can be found in some screens. "We thought of wrapping that fuse around the edge of the display, and that was something that we were really excited about from the beginning," he says. "It just feels very different and compelling than your traditional linear bar on a traditional UI." 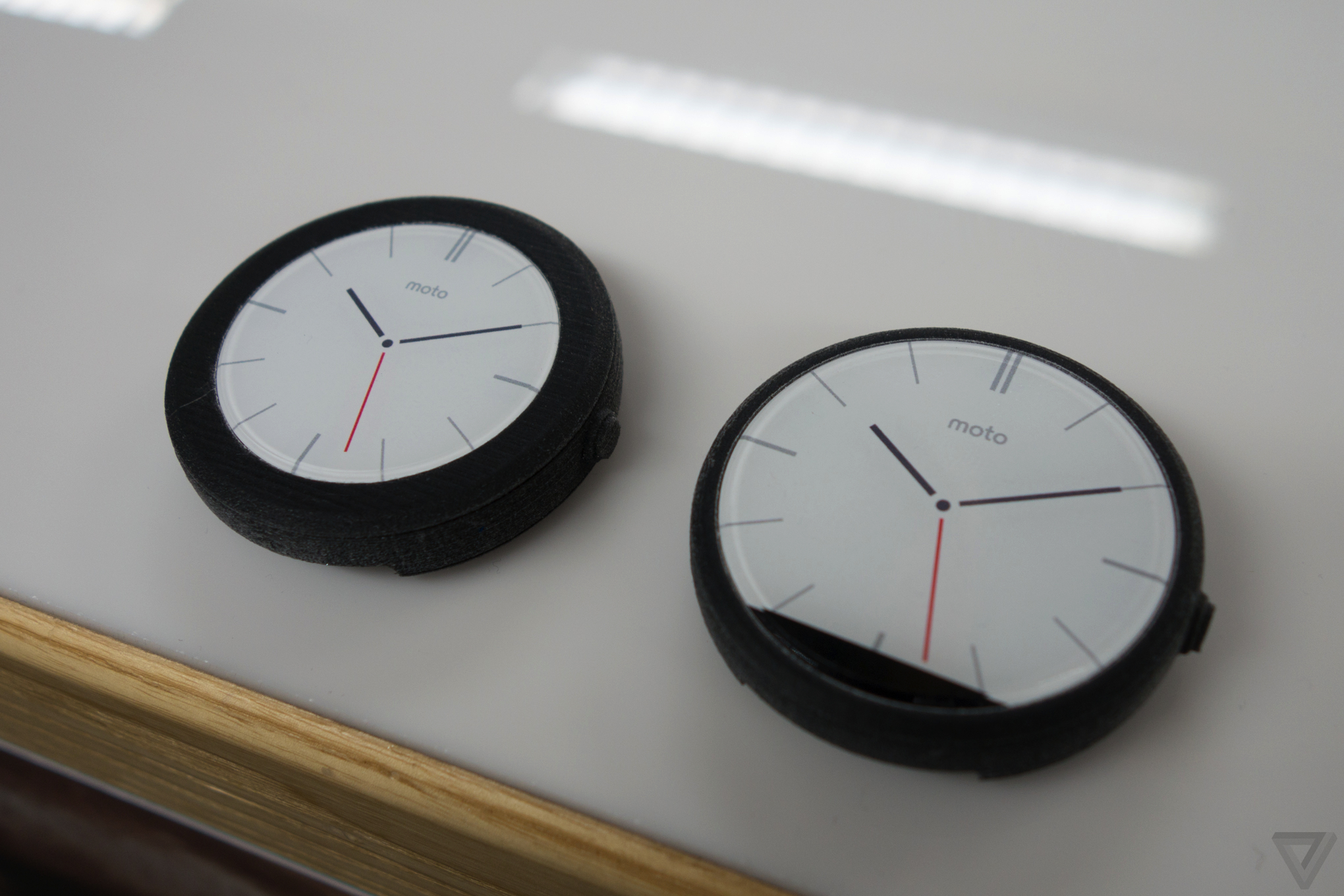 Motorola experimented with a thicker bezel before settling on a thin one with a blacked-out area on the display.

Matias Duarte, Google’s colorful vice president of design, admits his preference for the Motorola as Android Wear came together. "The 360, as you know, has been coming later in the release cycle of this first generation of Android Wear. But throughout the whole cycle, it was the one that you’d see so many people in our development team using," he says. "Even when people are like, ‘How are you carrying it around? This week’s build you only get two hours battery life!’ And I’m like, ‘I know, but I like to wear it.’"

None of this matters if Motorola can’t thrive under Lenovo’s upcoming ownership and sell phones and wearables by the millions. Wicks says he’s excited about the transition, pointing to Lenovo’s love for hardware — a passion he clearly shares — and says he’s here to make things actual humans want to buy. "At a certain point, it’s like, what the hell? I’m not here to design for me, I’m here to design for you. And the tools that are available to us now as designers and as a company are allowing us to do these things — why would we not do that for people?"

Toward the end of the day, I walk by Dickon Isaacs, who offers everyone a heartfelt high-five as they pass through a laboratory doorway like athletes getting pumped to take the field. Win or lose, there’s a palpable sense that this is a company that believes in itself again. "If you look at successful companies and brands, and you look at what they produce, you’ll see what they’re making kinda seems very much like what their brand stands for, and the way the people and their company operate, right?" Wicks asks. "To me, that’s the fun, that’s the inspiring part. That’s what allows you to get over crappy things that happen, the tough things."