The world is grey, and the streets are cramped. Dark, dingy clouds hang above buildings, gothic spires splitting through the mist. It's a place you recognize at a glance: Victorian London. It's the same gloomy city you've seen in countless movies and read about in plenty of novels. Oh, except this time it's filled with werewolves and crazy electrical weapons.

This is the world of The Order: 1886, an upcoming PlayStation 4 game from California studio Ready at Dawn, which also happens to be the console’s first big exclusive in 2015. It's an alternate history take on London, one where airships fill the skies and a group of warriors rises up to fight off the threat of half-human, half-wolf monsters. The setting is well-trod ground in fiction, but the studio is hoping to set The Order apart with a strong emphasis on realism. It may be a story about werewolves, but the developers want it to be a believable one, and the hope is that creating a realistic world will make those supernatural elements seem much more plausible.

"I wanted to build a post-industrial London the way it used to be written about in literature," says Ru Weerasuriya, founder and CEO of Ready at Dawn and creative director on the game.

As the name suggests, The Order takes place in 1886, at the tail end of the industrial revolution. In this alternate universe, a small subset of humans have taken on wolf-like traits, turning them into powerful creatures hated by the rest of humanity. They're stronger and more vicious than the rest of us, and for centuries King Arthur and the Knights of the Round Table have fought against them, keeping everybody safe. During the time of the game, the knights have some significant advantages, thanks to new tech like Zeppelins and rifles that can stun foes like a taser. 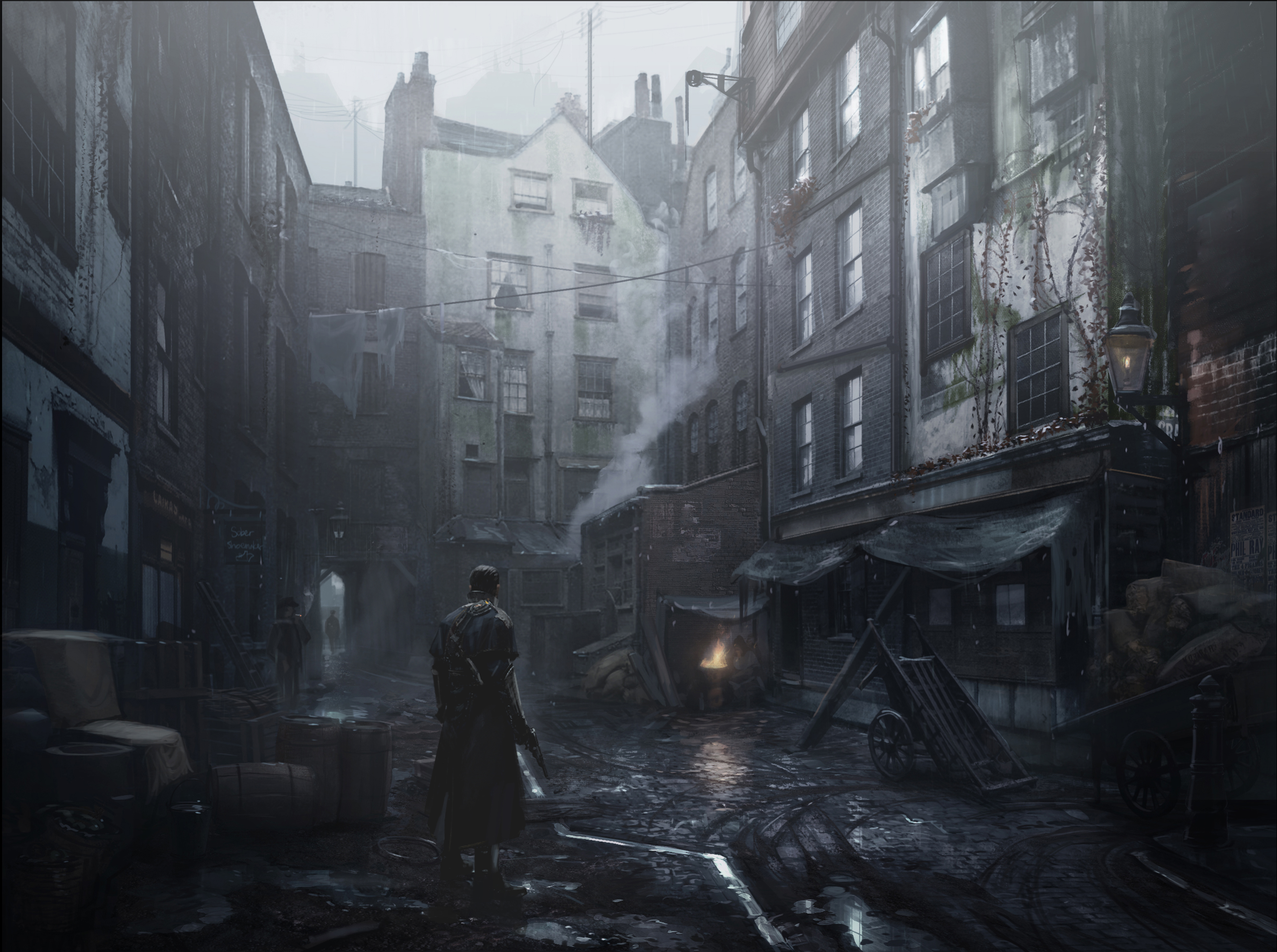 "We wanted to give people a ride."

The game itself is a tight, slow-paced third-person shooter, the kind of experience where the action feels heavy: when you shoot someone it looks like they really feel it. The gameplay and the city go hand in hand. The recent trend for action games is big, open-world experiences, whether it's the vibrant, colorful Sunset City in Sunset Overdrive or the sprawling Los Santos of Grand Theft Auto V. These cities are huge playgrounds where you can go wherever you like, and do whatever you like. The Order, on the other hand, is something much more directed, like a roller coaster with guns. It pushes you along a largely pre-defined path, telling a very specific story. "We wanted to give people a ride," says Weerasuriya. And London was the perfect choice for that ride.

"The city definitely catered to the type of narrative, the type of gameplay that we wanted to build," Weerasuriya explains, "because of the fact that regardless of what area of London you're in, it still retains the same feeling… The density of that city is quite unbelievable."

The Order's London is obviously very different from the one that really existed in 1886, but it was also very important to the developers that it both looked and felt very similar to the real thing. The idea for this universe has been kicking around in Weerasuriya's head since around 2005, but when work actually started on the game in 2010, one of the first things the studio did was focus on research. Artists and designers pored over paintings and photos from the time, trying to get the aesthetic down. But that was only a starting point. "I think people have an image of London that's built upon the movies that you see and the games that you play, but that doesn't really give you an idea of how it feels to be on one of those streets," Weerasuriya says.

To fix that, he took a team of around 25 people to London for a week, where they spent their days walking the streets, getting a feel for the layout of the various districts. After a week, two dozen people came back to Ready at Dawn with 150GB of reference material and a much better understanding of the city they were building. "The most interesting thing was having designers and artists walk those streets and making them realize how claustrophobic certain places are," Weerasuriya explains. "You don't get that in a lot of places." 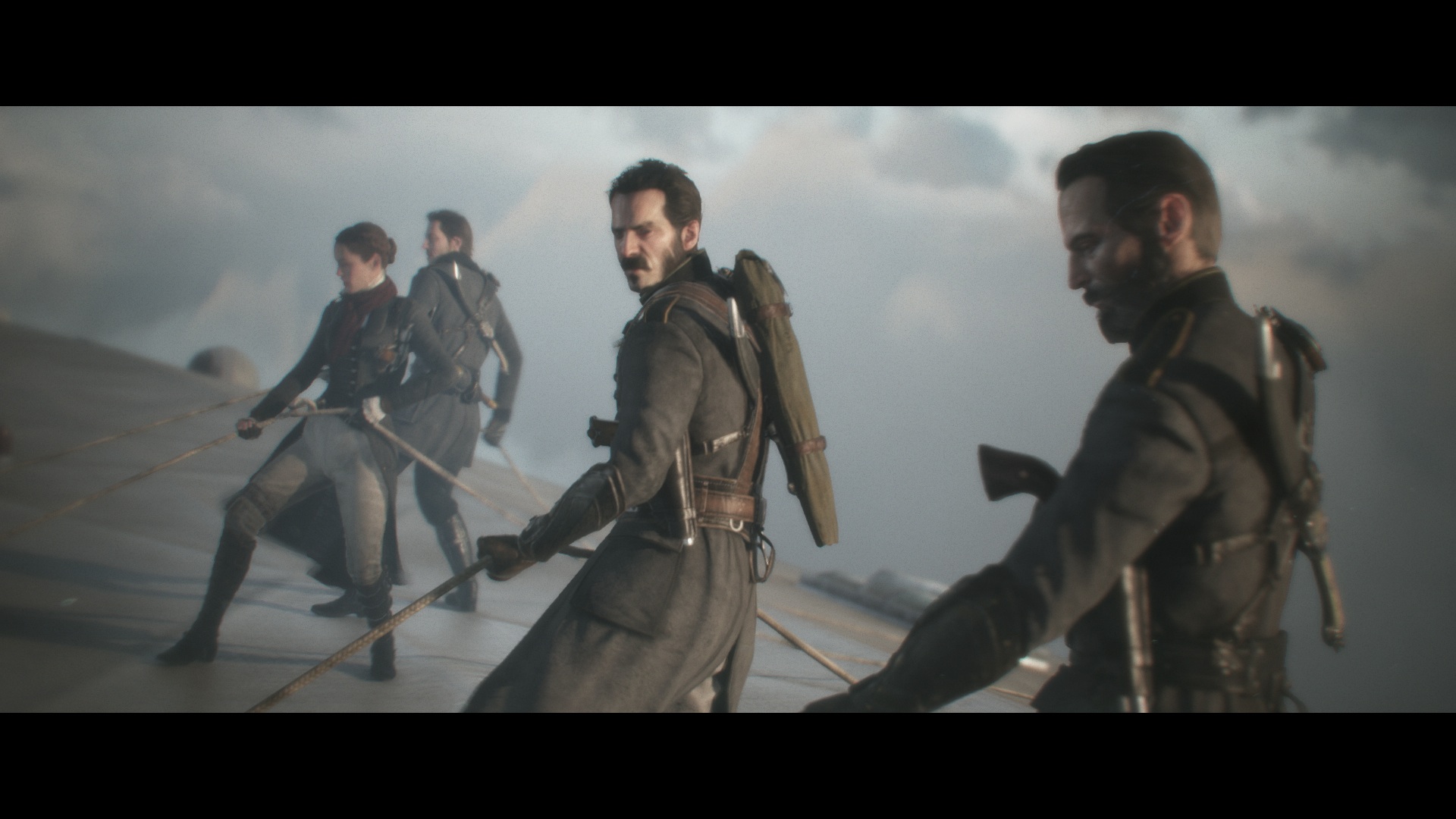 According to Weerasuriya, the decision to set the game in real city as opposed to a fictional one was made for a few reasons. While in some ways it's more work to create an accurate depiction of a real place, it also means that you don't have explain as much to the player — people already know a lot about London, so you can assume a lot of knowledge on behalf of the player. That lets the designers focus on other aspects of the game. The other benefit, he says, is that you can get away with the crazier stuff. Grounding the universe in reality makes it easier to accept the weird new technology and supernatural elements that have been added in — and in the short time I’ve spent with the game that definitely seems to be the case. 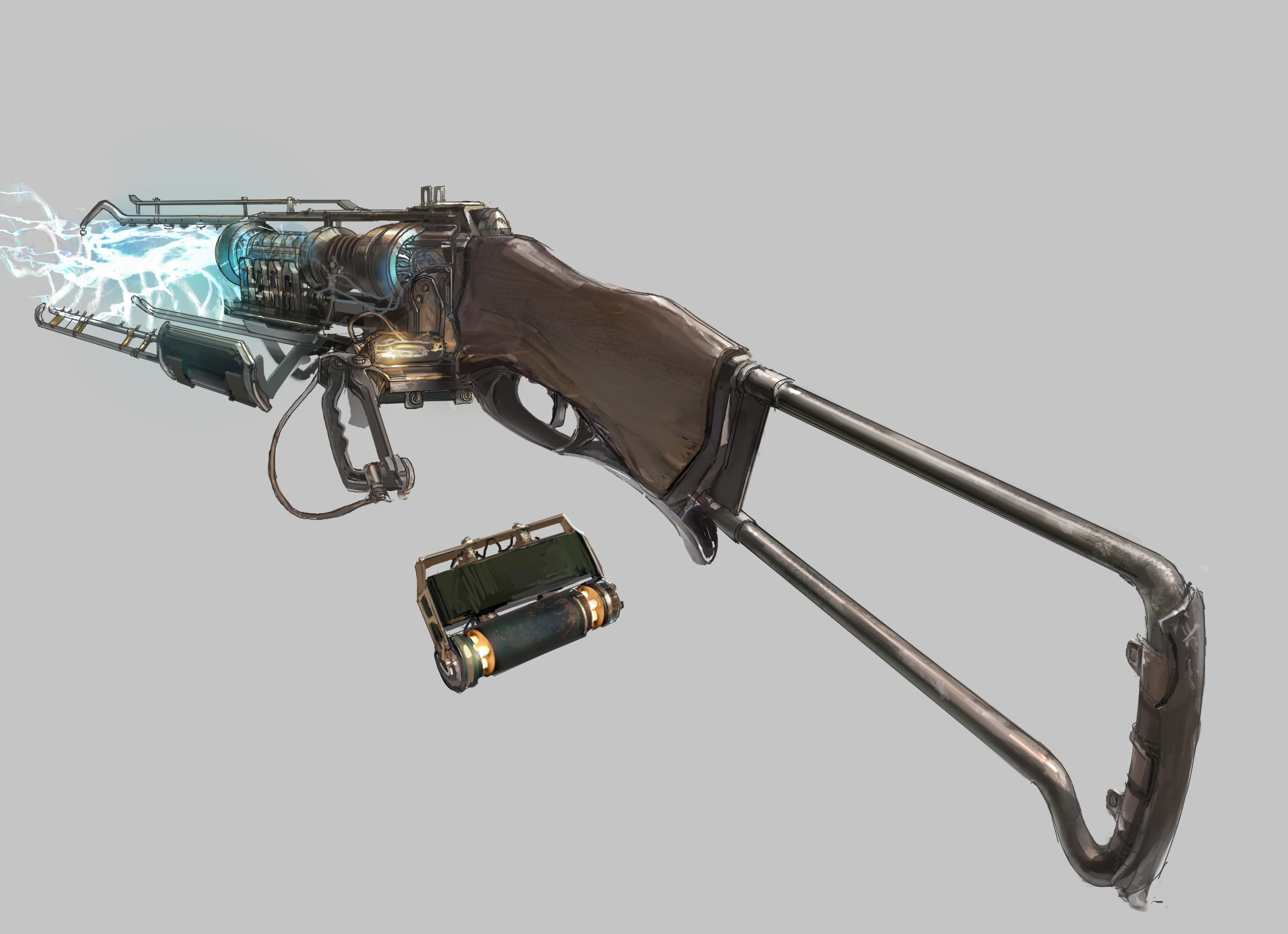 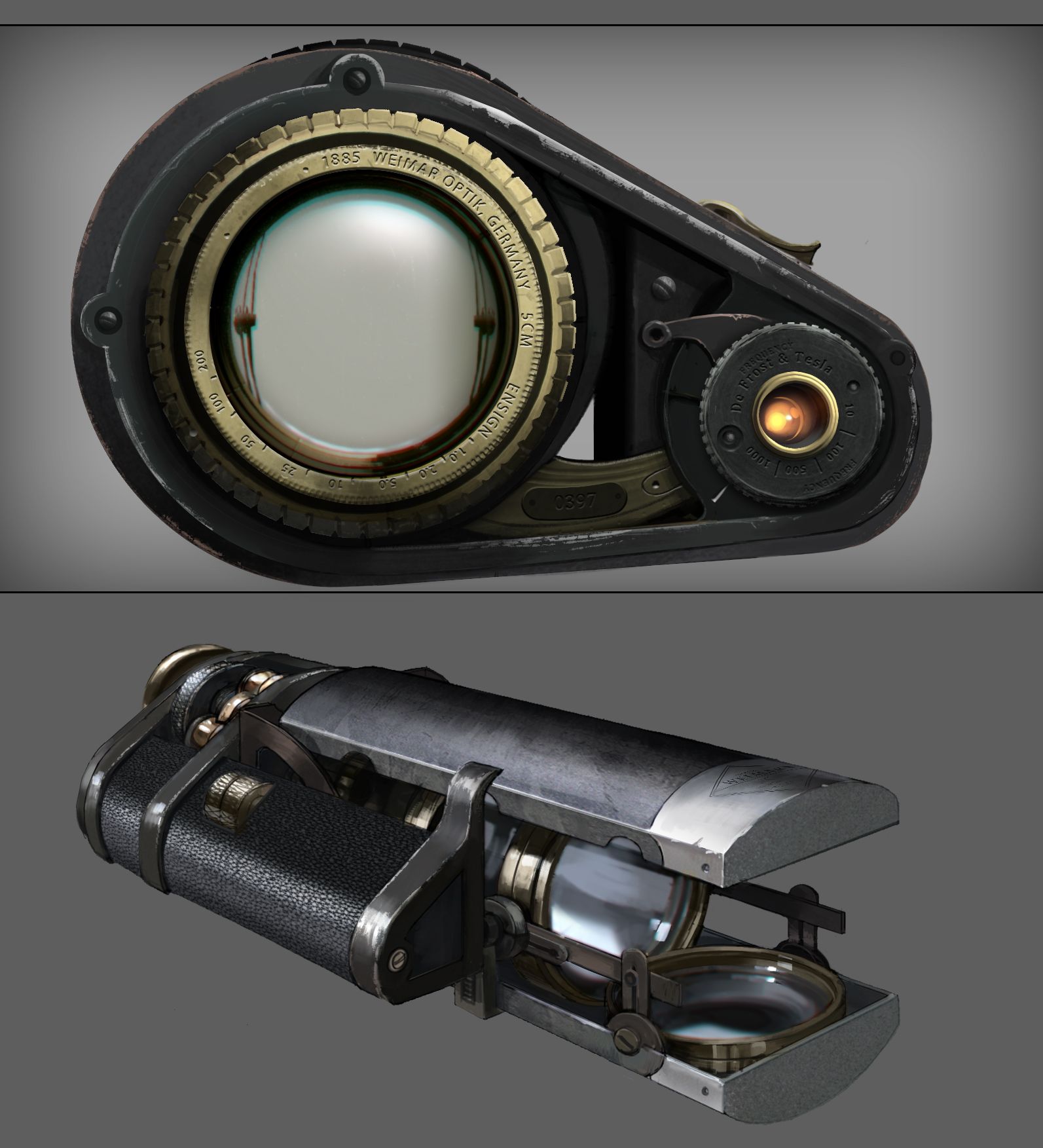 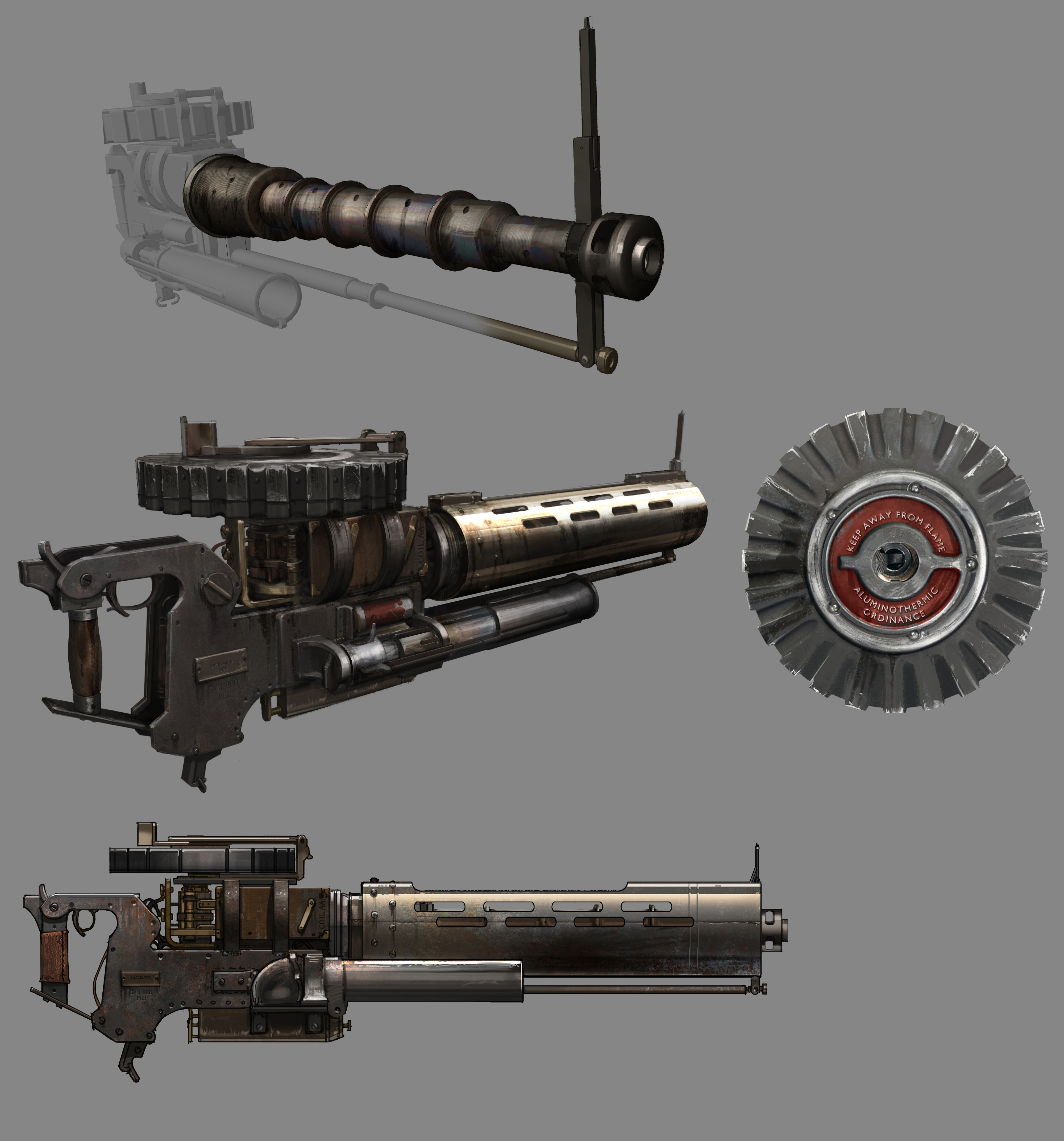 Just as the city itself helped inform the design of the game, the time period helped define the objects within it. The game features technology like wireless communication and airships that resemble luxury cruise liners. Even though these technologies didn't exist at the time, it still feels plausible when you're in that world. When I played an early chapter that took place on an expansive airship, I never really questioned why the main character, Sir Galahad, could simply tap his shoulder to talk to the rest of his crew wirelessly. At one point, he pulls out a big, strange box that looks like something out of Frankenstein and has the power to overwhelm and shut down any electrical system (very handy for breaking through security systems). These devices never existed, but felt perfectly natural in the context of the game.

And that's because all of the weapons and gadgets began life with a simple question: "Would you believe it?" Just like the city, the design process for weapons and gadgets started with research, in an attempt to figure out what tech was plausible for this time in this alternate world. From there it was just a matter of feel: if a gun felt out of place, they got rid of it, so that it didn't ruin the illusion of realism. One early design was a weapon featuring spinning blades. While it would've been fun to play with, it was too outlandish to actually be a real thing, so it was scrapped.

That being said, the Victorian-era time period made space for a lot of creative freedom. "There was never a time in our world where there were more inventors," says Weerasuriya. "You look at everything that happened in that era, and the world basically changed from one side to the other in the space of 50 years. That gave us the foundation to build things that didn't exist at the time, but still remain grounded in reality." That includes everything from an "arc gun" powered by induction coils to an early rendition of a grenade to an insane-looking crossbow. Many are weapons players are familiar with from other modern shooters, but they're tweaked in such a way as to make them fit in Victorian London.

All of these elements are coming together to create what's shaping up to be a surprisingly important game. Not only is it one of the first exclusive blockbusters for the PS4, it's also something of a statement for Ready at Dawn. Since it was founded in 2003, the studio has built games in other people’s worlds, including portable spin-offs of series like God of War and Jak and Daxter. This is the first stab at doing something new and original. And for Weerasuriya in particular, it's a chance to realize an idea he's been toying with for years.

"It was an endeavour to build a universe from the ground up," he says.