The Weekender: on Mass Effect, Martin Luther King, and The Lawnmower Man

Share All sharing options for: The Weekender: on Mass Effect, Martin Luther King, and The Lawnmower Man

Good morning and Happy New Year! Welcome back to The Weekender. Our weekend journey is just now starting, so thank you for choosing us for your travels. Our service took a break for CES, but we've made our way back to Terra for your weekly ride. It was not a quiet week, as you might imagine. Below you'll find your itinerary, carefully crafted for your pleasure; stories from the week passed and recommendations for the days ahead. Now. Please sit back and relax as we take you on a journey through time and space. You might hear a slight buzzing in your ears as we get started.

This Monday is Martin Luther King Day, and we should hope that it'll serve as a day to reflect on the many civil rights battles we're still fighting in America. One of the things you can do this weekend if you're in New York is visit Kara Walker's Afterword installation at the Sikkema Jenkins & Co. gallery in Chelsea. The exhibit is an extension of A Subtlety, or the Marvelous Sugar Baby, Walker's acclaimed exhibit from last summer that explored race and labor in America through a massive woman-sphinx. The new installation shows studies on the original project as well as videos exposing how it was planned. Walker remains one of the most important artists of our time, so visit this if you can. Then think about it.

Deer are invading New York City, and we don't know how to stop them

Staten Island is being overrun with deer, and the animal's population is growing fast. That's a huge problem for the densely populated New York City borough. But while there are a lot of ways to stop the deer, it's not clear which, if any, will work in the city. 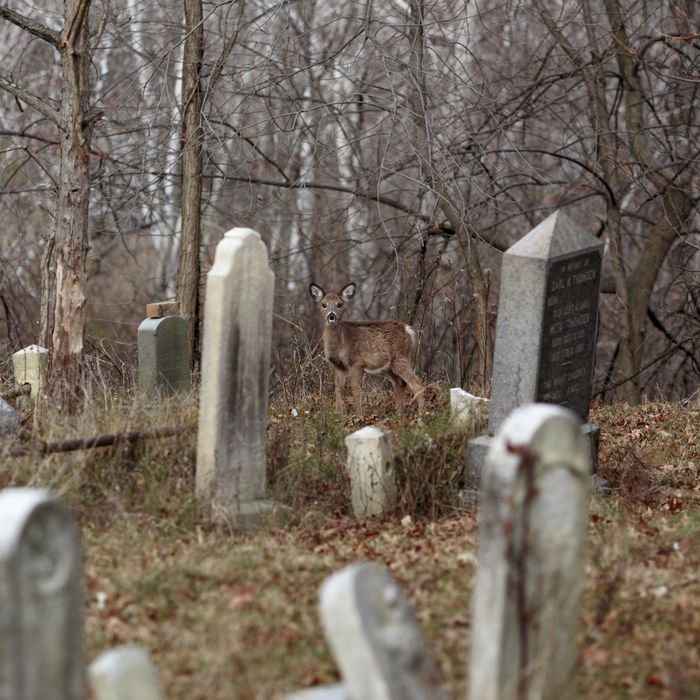 Sex Ed videos have changed a lot over the years, for better and for worse. We took a look at a new documentary that explores much of their history, from how they've depicted sexuality to how they've changed to match society's latest fears. 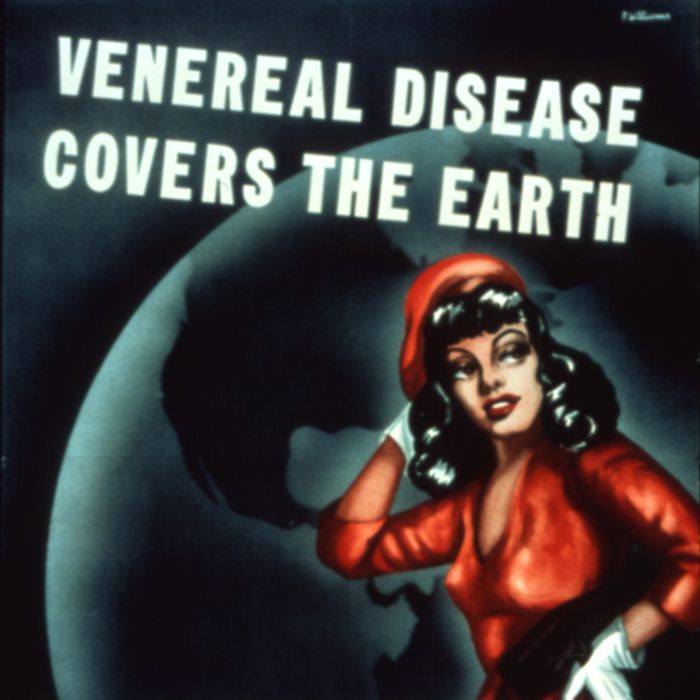 Why can't Blackhat (or any film) make sitting at a computer look exciting?

We've been using computers as part of our daily lives for decades now, and yet filmmakers still haven't figured out a good way of showing it. Directors have come up with all kinds of solutions — good and bad — and the film Blackhat is the latest trying to find an inventive solution. 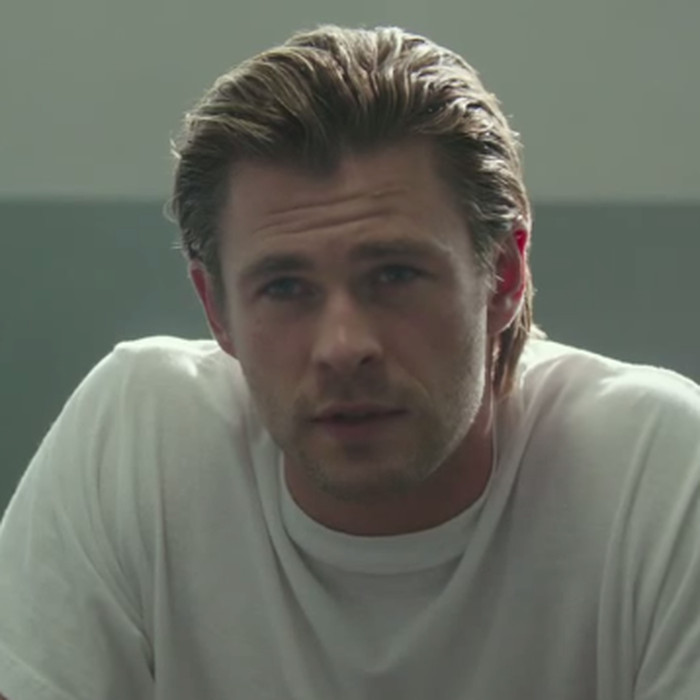 Drones are being taught to steer themselves out of danger, and a small startup from MIT and Google X alums has made some of the best tech for that yet. We headed out to a San Francisco park to test it out and talk with them about why more autonomy is necessary to get more drones in the sky. 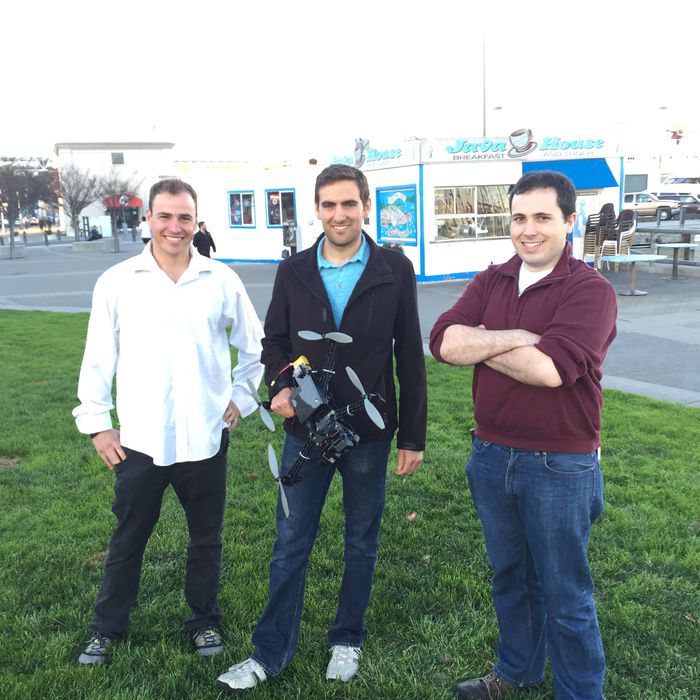 Save Victorian London from a werewolf infestation in The Order: 1886

How do you make Victorian London feel real when it's filled with werewolves, airships, and electricity guns? We caught up with the studio behind The Order: 1886 to talk about finding realism in its inventive new game — one of the biggest exclusives yet for the PS4. 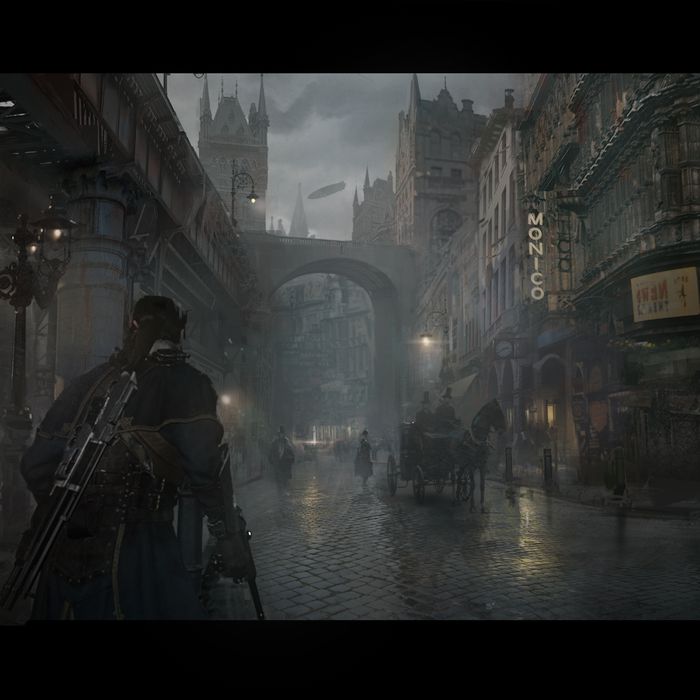 The New York Times
Gareth Cook profiles Princeton neuroscientist Sebastian Seung as he endeavors to map what he calls the "connectome" or the electrical impulses that comprise human consciousness.

Scientists believe that every thought, every sensation, is a set of tiny electrical impulses coursing through the brain’s interconnected neurons. But when a little girl learns a word, for example, her brain makes a record by altering the connections themselves. When she learns to ride a bike or sing "Happy Birthday," a new constellation of connections takes shape. As she grows, every memory — a friend’s name, the feel of skis on virgin powder, a Beethoven sonata — is recorded this way. Taken together, these connections constitute her connectome, the brain’s permanent record of her personality, talents, intelligence, memories: the sum of all that constitutes her "self." 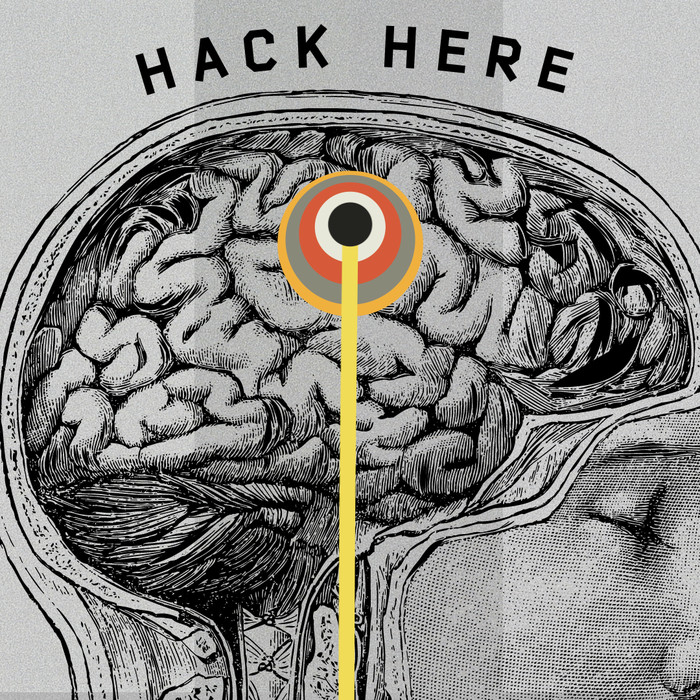 Wired
Joao Medeiros looks back on how Stephen Hawking came to rely on Intel for his ability to speak.

Stephen Hawking first met Gordon Moore, the cofounder of Intel, at a conference in 1997. Moore noticed that Hawking’s computer, which he used to communicate, had an AMD processor and asked him if he preferred instead a "real computer" with an Intel micro-processor. Intel has been providing Hawking with customized PCs and technical support since then, replacing his computer every two years. 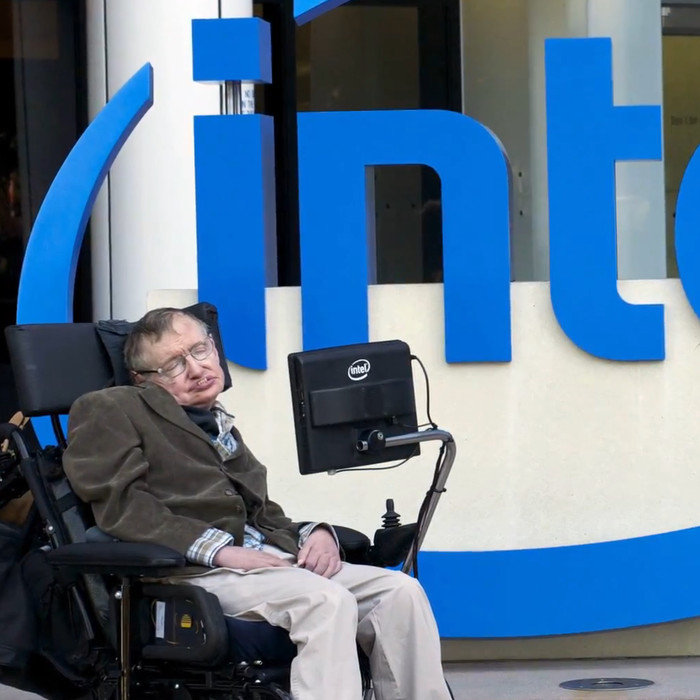 Over the past year, farming in much of Sierra Leone has been hindered by the disconnection Ebola demands and the distrust that disconnection breeds. In telephone interviews, farmers and agricultural officials described the same scenarios repeatedly. Many farmers are afraid to hire the additional hands they need for planting, weeding, and harvesting, thinking outsiders might bear the disease. Many workers fear farmers, like Ngekia, whom they suspect of having some link to Ebola. And the seasonal migration of laborers has been obstructed by lockdowns that force people to stay in one place and blockades that impede movement when migration is allowed. 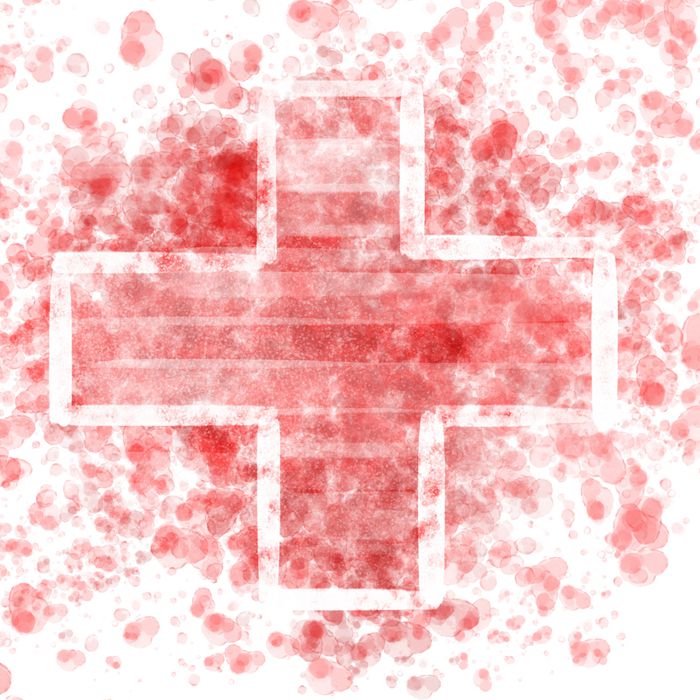 Joystiq
Jessica Conditt talks about racism in the games industry and how things are slowly improving. 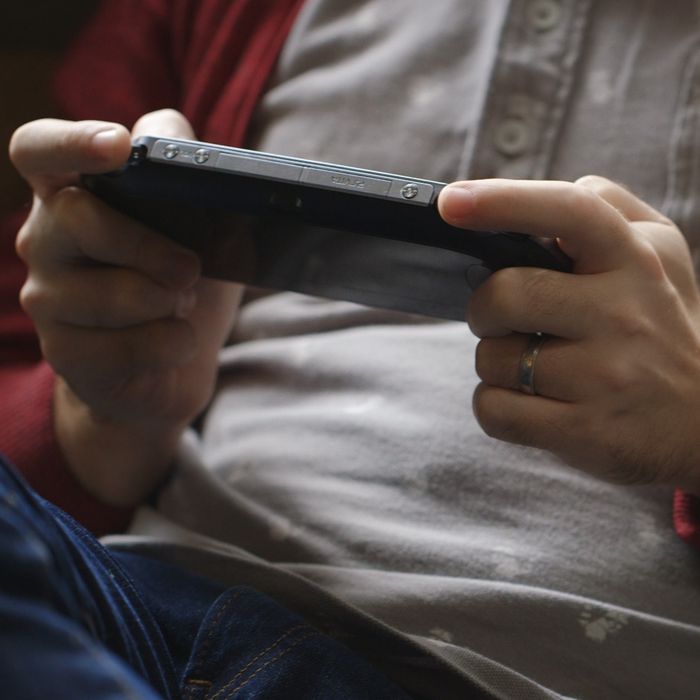 Back to the Future, Time Travel, and the Secret History of the 1980s

Medium
Tim Carmody talks about how 1980s material culture influenced the visions of the past and future in the Back to the Future trilogy.

The Back to the Future films are obsessed with media, thanks in part to their clever conceit that photographs and newspapers change to reflect alterations in the timeline. Sometimes these changes are gradual, as when Marty’s siblings disappear body part by body part from his family photo, and sometimes they’re instantaneous, as when a 1985 newspaper in Back to the Future II changes its cover story from "GEORGE McFLY MURDERED" to "GEORGE McFLY HONORED." It’s hardly consistent, but it’s good storytelling. It also reflects a certain analog understanding of how media are made and unmade. 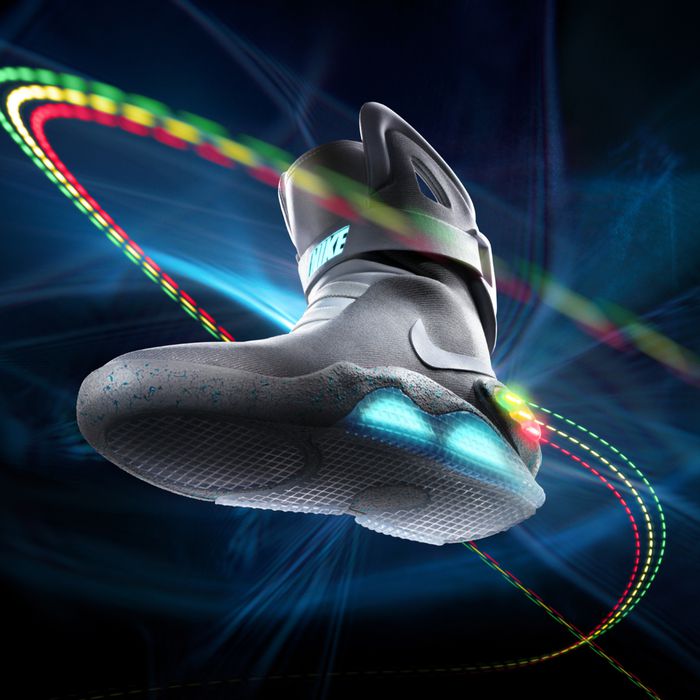 This album is funky. With tracks like "Uptown Funk" that are still working their magic on us, Uptown Special feels like a record sent to us from the '70s. With acclaimed novelist Michael Chabon providing lyrics and acts like Mystikal and Stevie Wonder making appearances, there's an old-school style here that feels timeless. We'll be listening to this for a good while.

You kind of just want to drift through space while listening to this record. And then land gently on an alien world and go on a rollicking expedition. Panda Bear Meets the Grim Reaper blends the kind of sci-fi buzz-whir-click of movies like 2001 with the kind of serenely funky beats Panda Bear is already known for. Enjoy this.

Ever wonder what Commander Shepard would be like in a fighting game? Wonder no more. A new mod for the PC version of Ultra Street Fighter 4 gives players the chance to play as Female Shepard and Tali in-game. It's crazy, but you'll definitely have some fun. Download the mod here.

We spent a lot of time playing with VR toys at CES but so much of it just isn't ready for primetime. So much of it reminds us of classic '90s hype. With this in mind, we couldn't help but want to go back and enjoy the ultra-campy The Lawnmower Man since it captures so beautifully the dream — and nightmares — we share about virtual reality. If you haven't seen this yet, you need to. Jeff Fahey is delightfully ridiculous in the title role, going from grinning simpleton to supervillain over the course of the movie, and Pierce Brosnan as anything other than James Bond is a treat.