Enter the world of vapor

The Consumer Electronics Show is an entire week dedicated to the not-too-distant future. Companies are taking the covers off remarkable feats of technology that they’ve been working on for months or years with the promise that you’ll actually be able to buy them at some point in the course of the year.

But it’s hard to predict the future. A lot can change in the span of 12 months, not just for a company, but for an entire product category. Things that once showed promise are often killed off before they even hit store shelves. Something can be on track, but a part isn’t quite right, or a better idea springs along mid-development. Other times, companies simply realize they’ve bitten off more than they can chew and decide to kill off a project mid-run.

This past year’s show is no exception to that rule. 3,200 exhibitors showed off their wares. Not all of what they presented was new, of course, but many showed off products, services, and ideas with the promise we’d be seeing them in stores in time for a holiday season that’s come and gone. We’ve gone back through the list from last January to check in on some of the most interesting things that were destined to arrive, but never did. 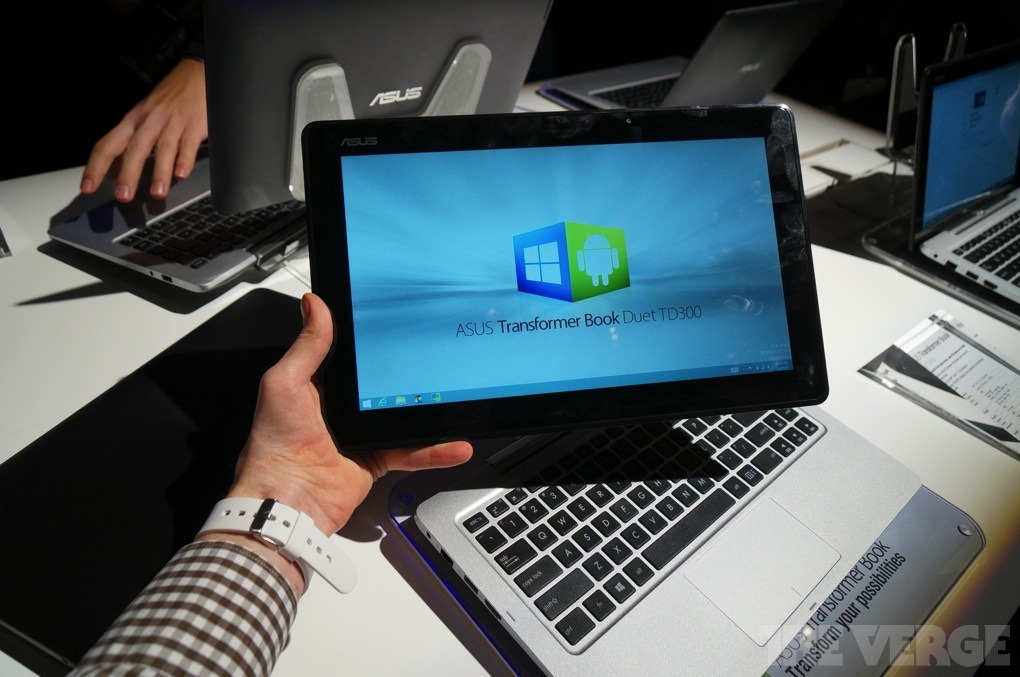 Why pick an operating system for a tablet when you could run two instead? And why have just a laptop or a tablet, and not both at the same time? Asus’ Transformer Book Duet answered both these questions with a design that would let you swap between Android and Windows, and back and forth between a tablet and a computer. Everything looked on track for the device, until it was cancelled following reported pressure from Google and Microsoft. 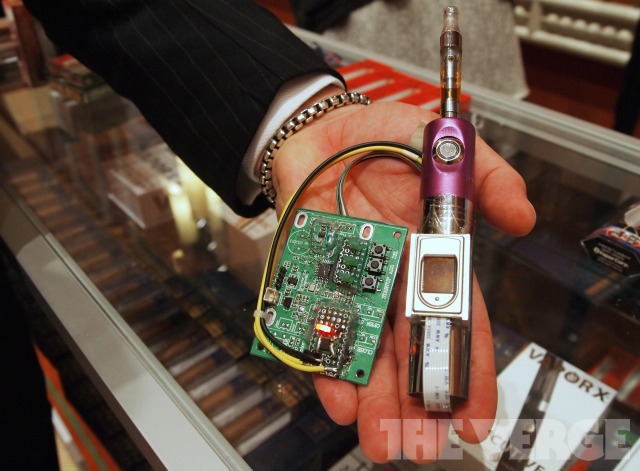 The unfortunately named Vapor Corp. is the maker of real vaping products, but one of them disappeared in a cloud of its own vapor. The company’s biometric vaporizer promised an additional measure of safety for those who like to leave their vape pens laying around the house. A biometric sensor wouldn’t activate the device unless you were the one using it, making it safer around children. The company says it’s still developing the technology, and plans to have a working prototype in a few weeks’ time.

Verge Video Archives: This Is What Vape Hacking Looks Like 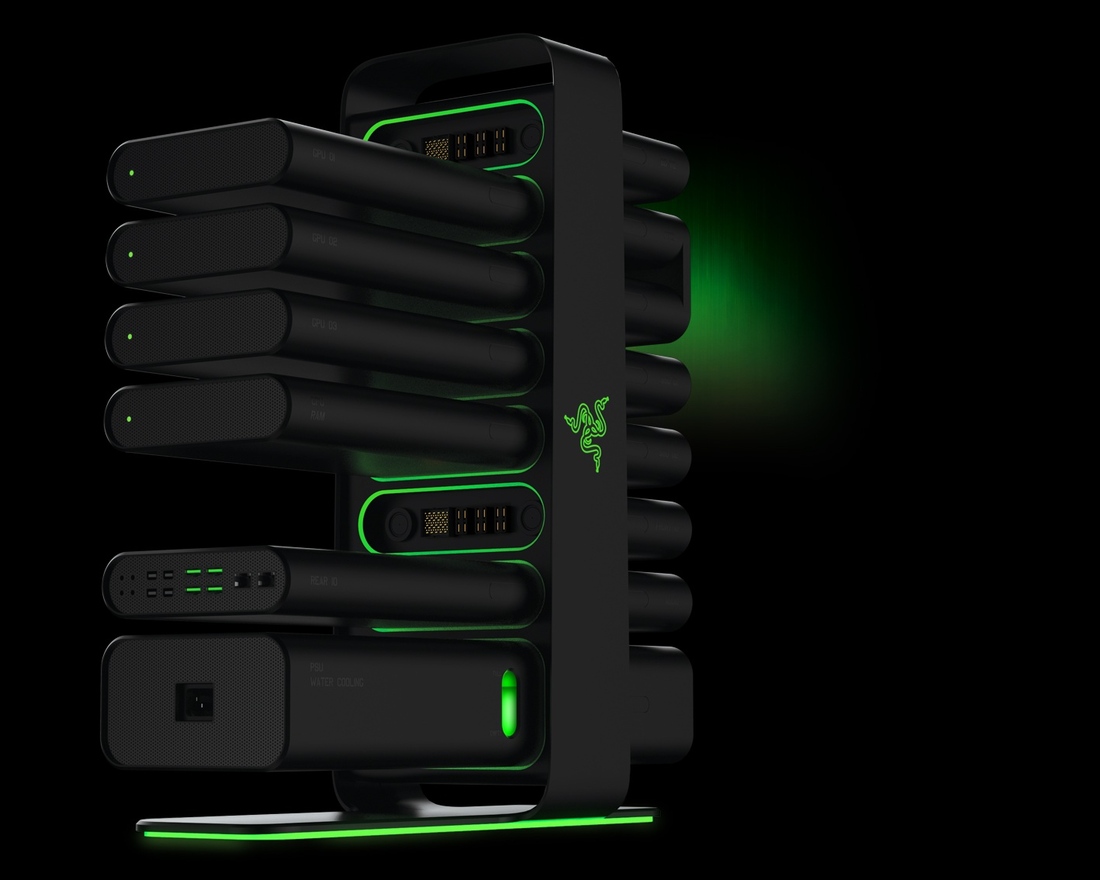 Razer’s Project Christine is a plug-and-play computer with components that could be slotted into a rack like video game cartridges. Want a fast CPU? Just plug it into the rack; no screwdrivers or know-how required. Razer pitched this as a concept and not a product that was ready to go, but the company’s aim was to bring it to market sometime in 2014. Instead, Razer reportedly had issues finding any companies that wanted to actually manufacture it. Not that we should count Razer out, though: the company made some pretty drastic changes to its handheld gaming system, the Edge, in the year between its introduction at CES in 2012 and its commercial release a year later. 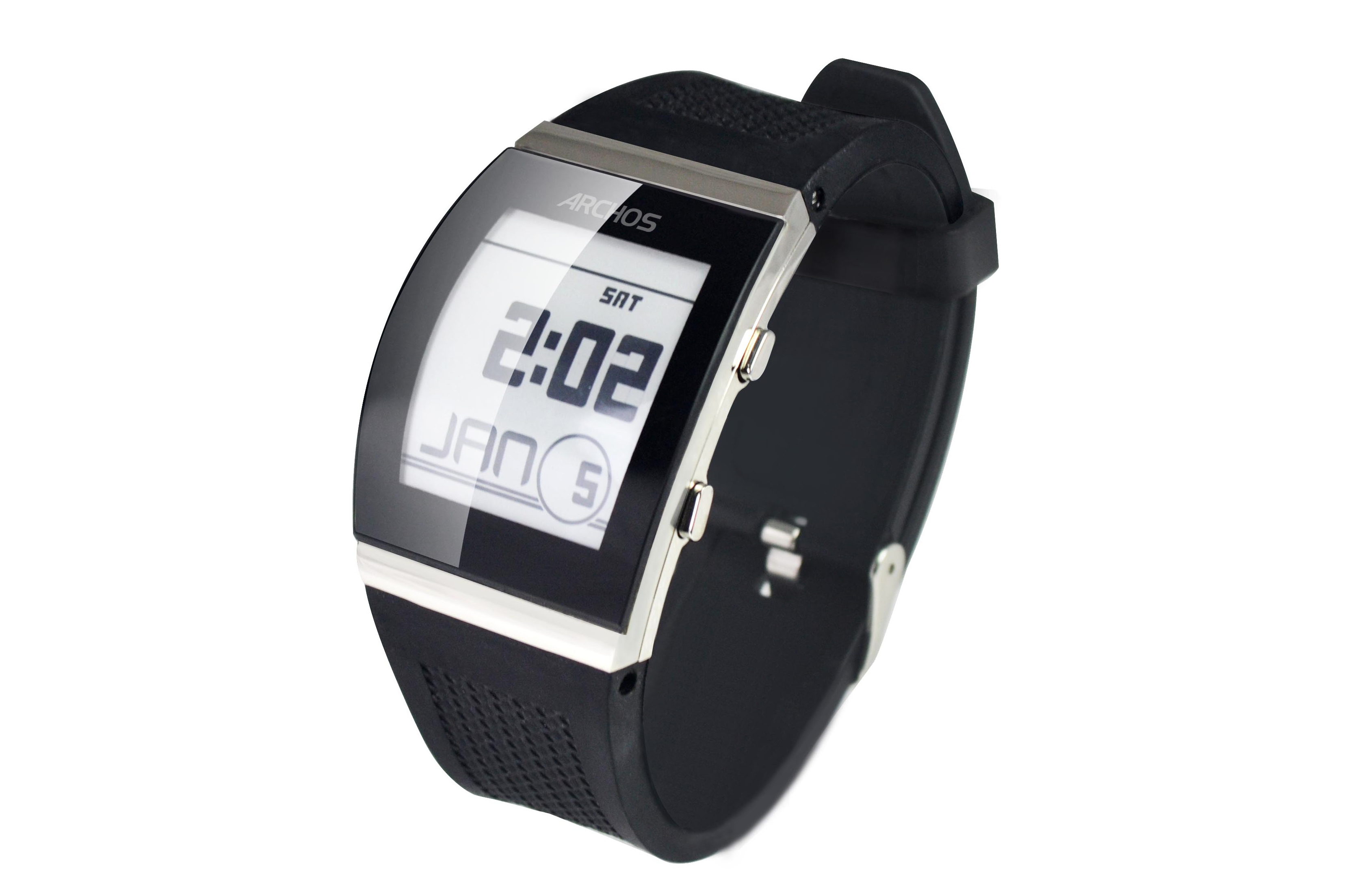 Archos introduced a trio of Pebble-like smartwatches at CES, with a launch planned sometime in summer. One included a black-and-white screen, another with a color touchscreen, and a third — the most interesting of the bunch — with an E Ink touchscreen. All aimed to beam smartphone notifications and simple apps onto the wrist. Archos’ timing was bad, though, with Google’s Android Wear debuting just two months later. 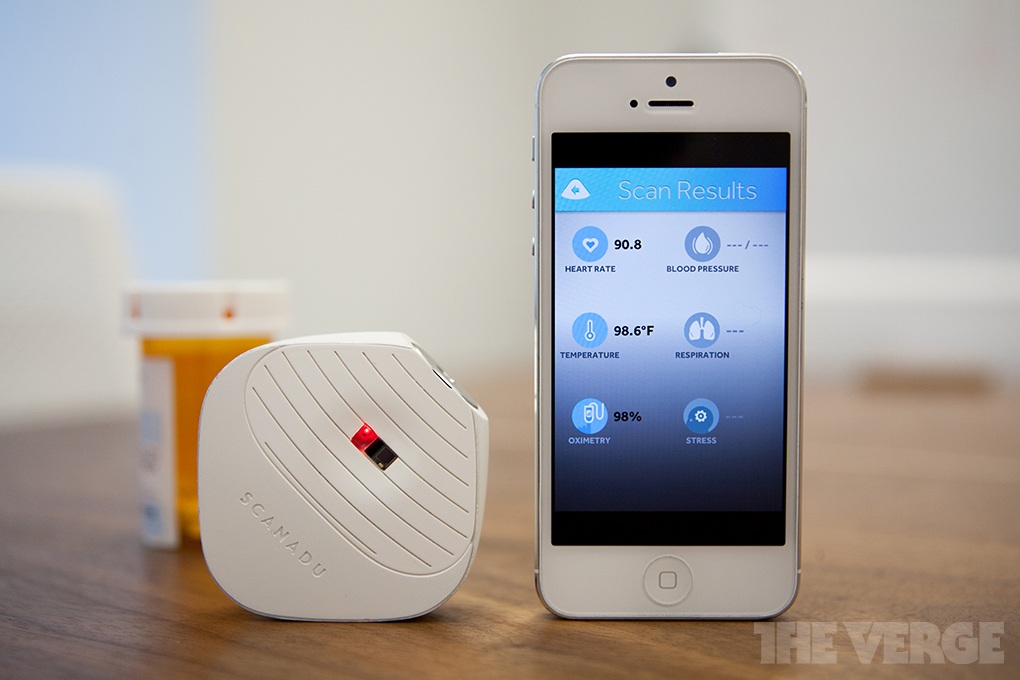 Scanadu’s Scout promised what was basically a medical tricorder from Star Trek, a small device that was able to scan your vitals and send that information over to your smartphone over Bluetooth. To be completely fair, the project was launched in late 2012, and went on to break Indiegogo’s crowdfunding records. But the first prototype of the device was shown off at CES a year ago. The company originally planned to give backers an early version in March, but that was delayed after issues with both the hardware and software algorithms. Now the company’s goal is to deliver more than 8,000 of the devices to campaign backers sometime this month. 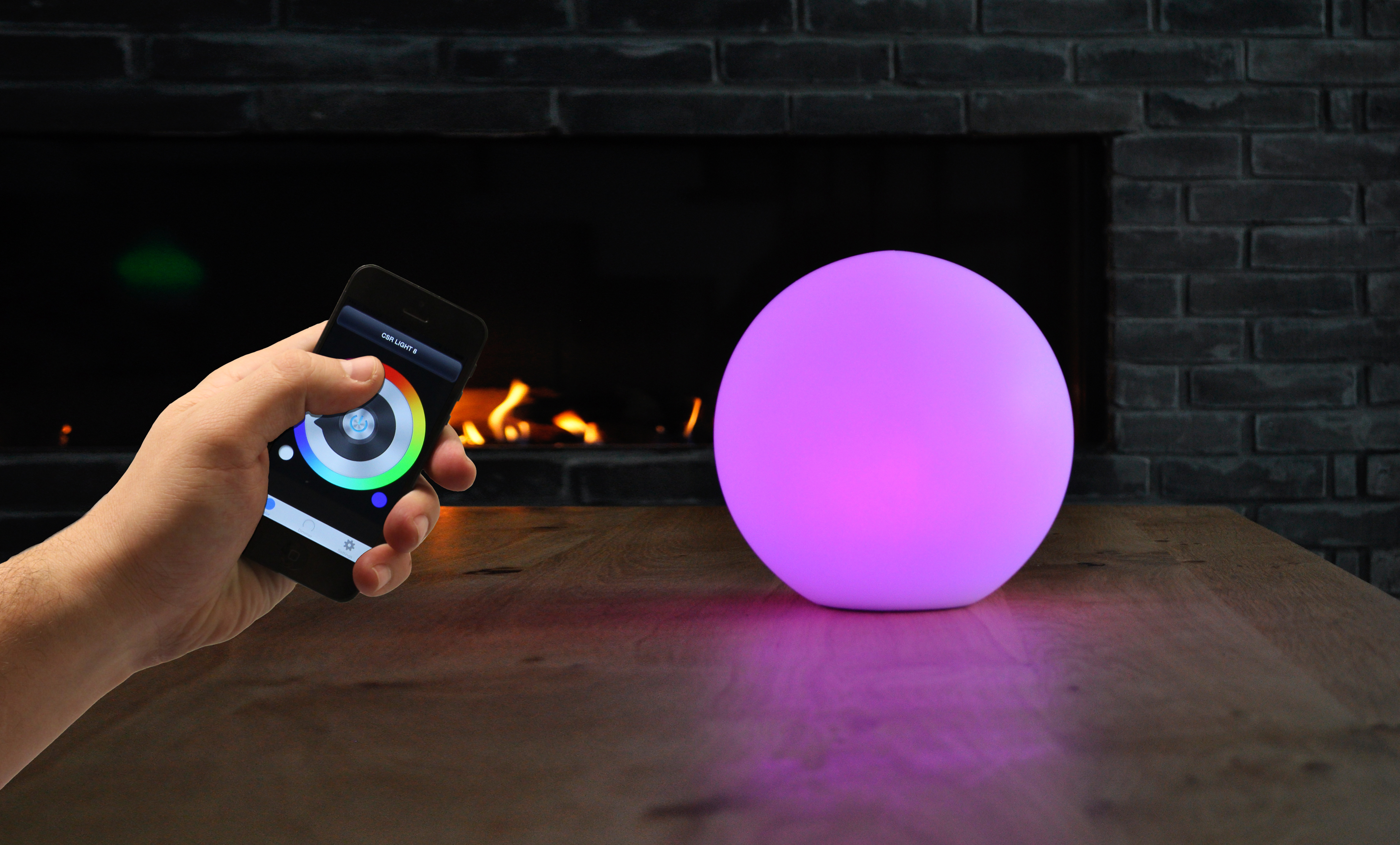 Do you remember when Phillips made a splash with its Hue bulbs in 2012? This past January came Bliq, a decorative light that would also let you change its colors with your phone, or pop with a different color if you got a notification. The big difference is that Hue could go in standard sockets and be used just like any other light, whereas Bliq was meant to be something for your coffee table, or bookshelf. It ended up on neither. 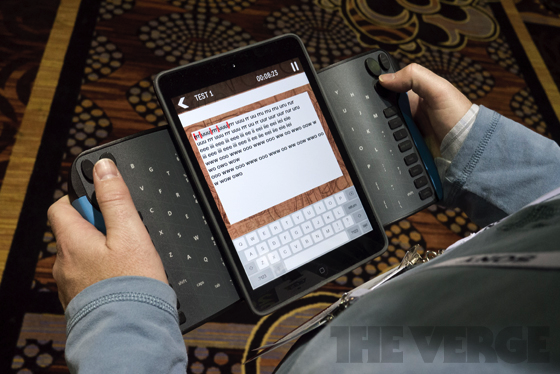 This very unusual keyboard debuted at CES, and is half-phone dock, half-keyboard. You type on keys that are on the back of the slab, which is where your fingers would naturally be. The whole thing is curved, kind of like an archery bow, and requires memorizing where those keys are on the back. The company says the learning curve for using it was somewhere between 8-10 hours. The keyboard was originally set to be available available in the second half of this year, but is now being pre-sold with a promised "spring 2015" availability. 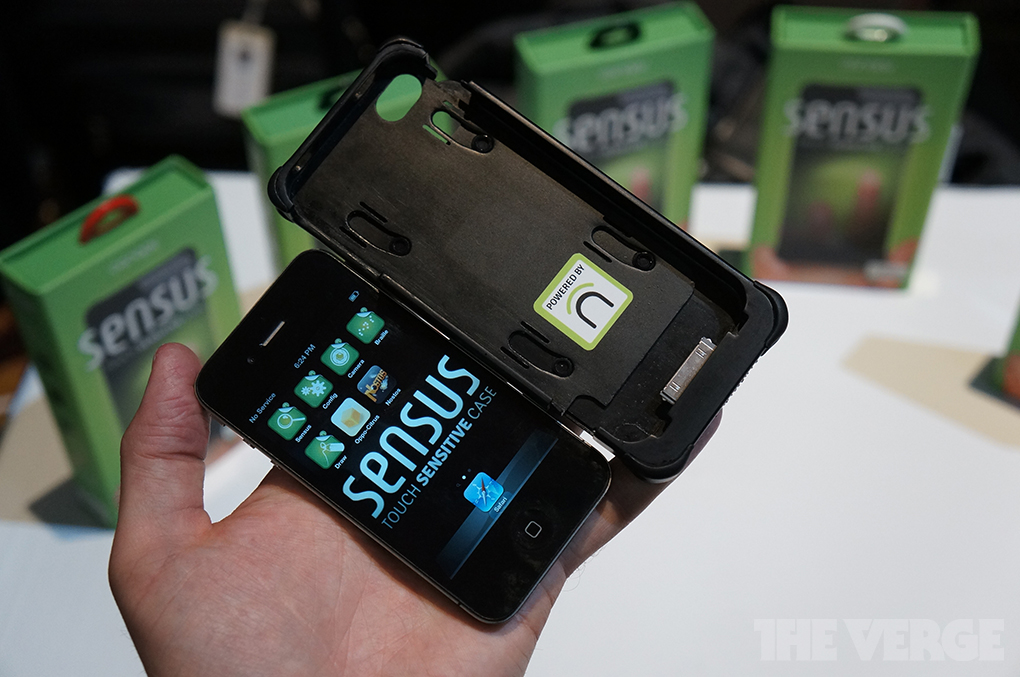 Canopy, a small company based out of Minneapolis, designed the Sensus case so that you could touch the back of your phone, as well as the front. It actually debuted the idea at CES in 2013, but came back at last year’s show with another pre-production version that could measure different levels of force and that supported newer iPhone models. The company ceased development on the case in June. 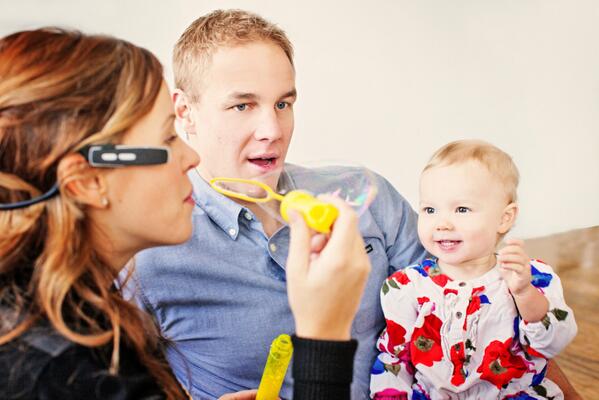 Lifelogger’s camera system pitched itself as "the ultimate life logging system," one that was capable of storing moments it recorded with a Google Glass-like camera, and making them easily accessible. Think Evernote, but for your eyeballs. In a notice in August, the company said that developing the camera has become "a big challenge since we are making it extremely small while still offering all the options," and that it’s also focusing on making a platform for other camera makers to use its software. Its latest dispatch said the goal was to get the hardware into production sometime in the next few months, but also that it’s showing off yet another prototype at this year’s show. 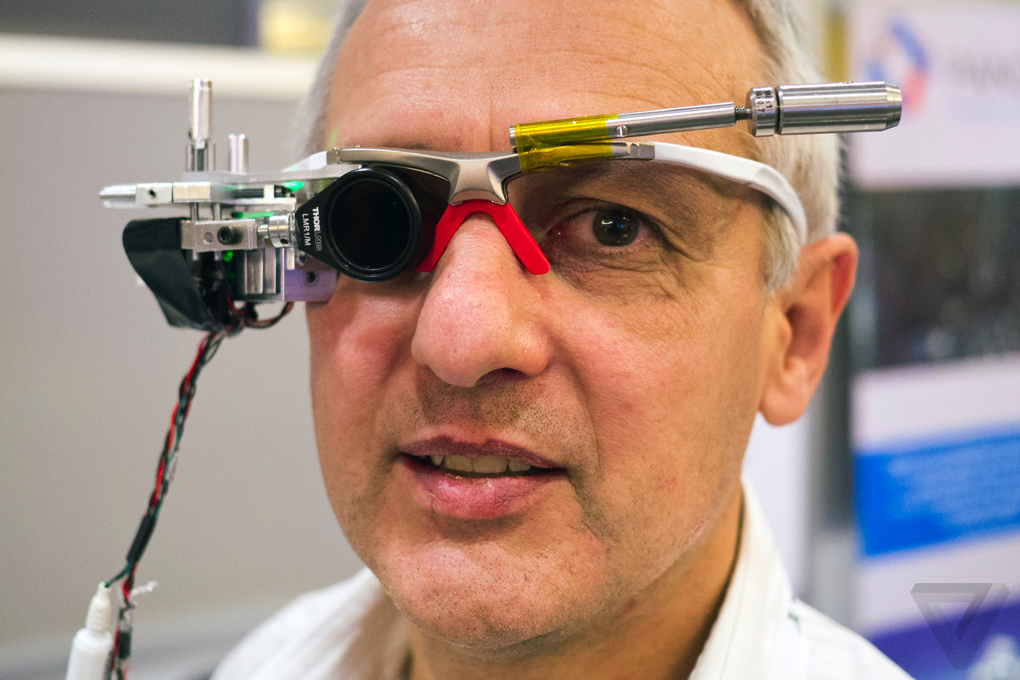 This Google Glass-like gadget was unveiled in prototype form back in January, with the intention of launching this summer for a very palatable $399 (Google’s beta version of Glass costs more than three times that). Unlike Glass, GlassUp displayed heads up information on a lens right in front of you, instead of off to the side. A failed Indiegogo campaign put a damper on that, suggesting there was a relatively low interest in the product. The latest message from the company was back in August, with a Glassup team member saying it had been a challenge to find the right materials and components, but that it had identified suppliers to make the headwear, and was still looking for a distributor. 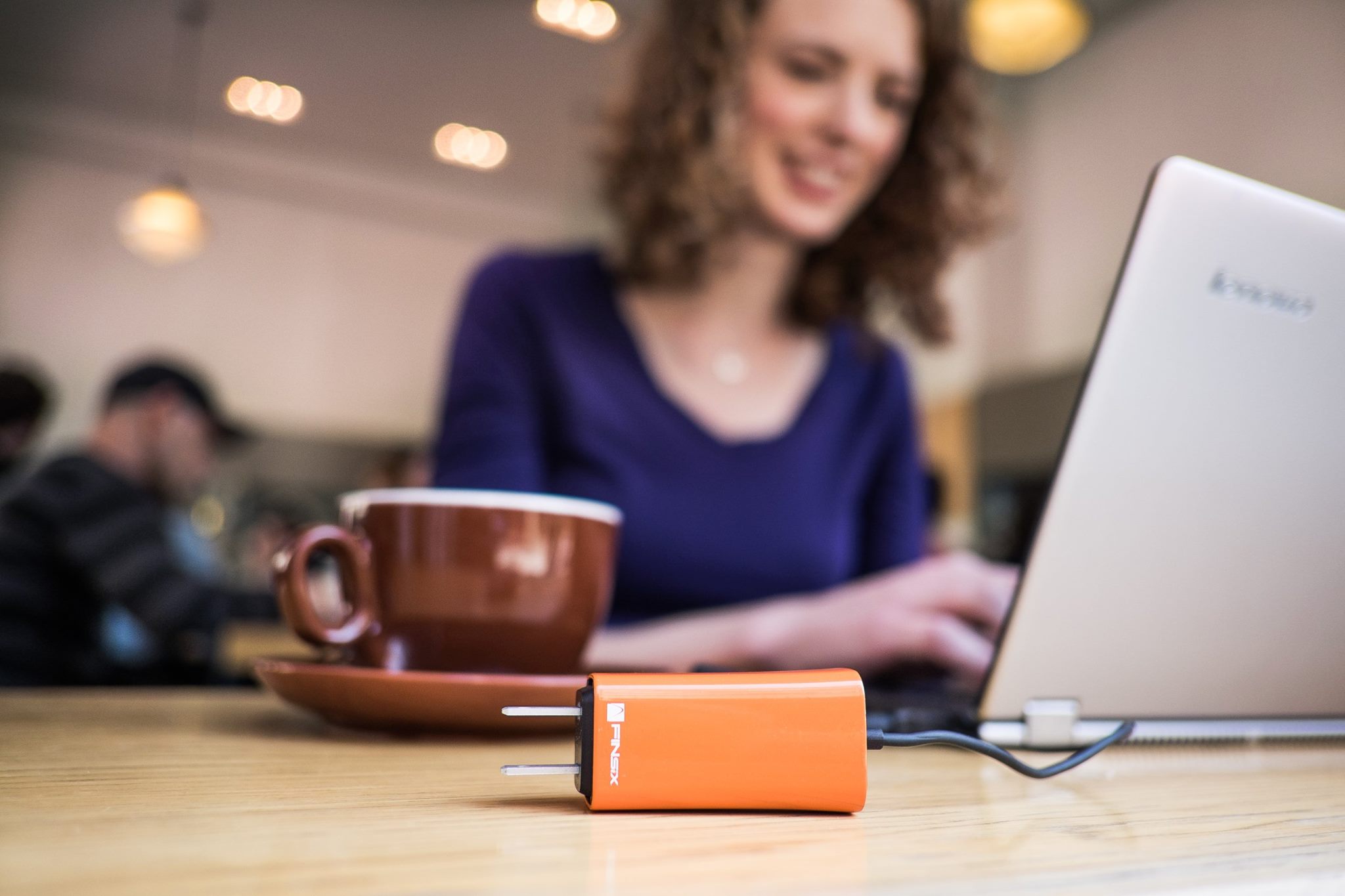 Finsix's Dart promised to upend the world of notebook chargers with something that was four times smaller than most wall adapters, and six times lighter. Those were big claims, and enough to help the company raise more than $500,000 in crowdfunding. Unfortunately, the company kept those backers in the dark for most of the year, and has pushed ship dates for those early buyers back into this June. 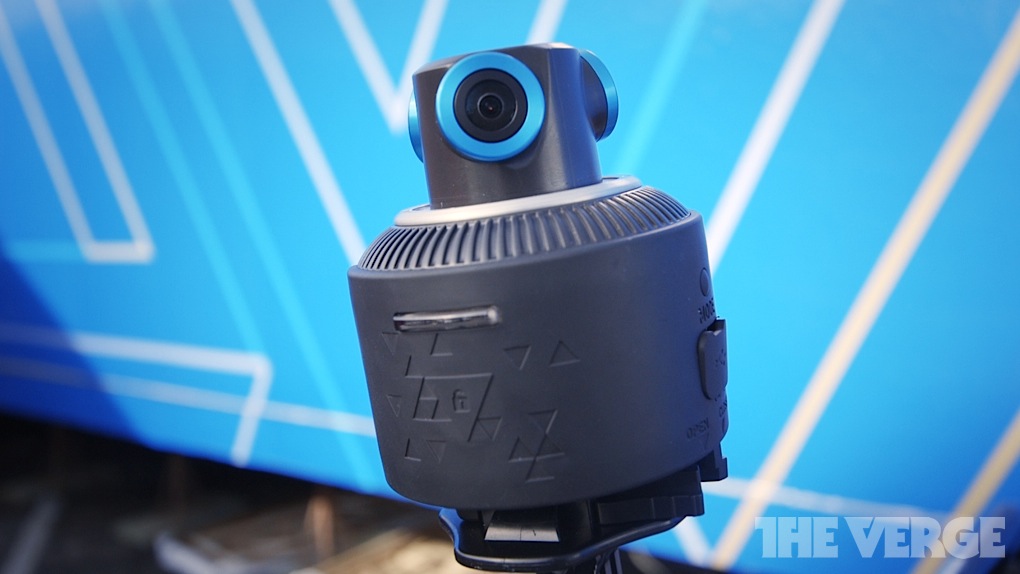 The Geonaute 360 camera is like a GoPro, but records what’s happening in three other directions, at once. You can register to buy it, but there’s no estimate for when that is. Its demo last year was impressive though, offering a tantalizing vision of what video could look like inside of VR headsets. 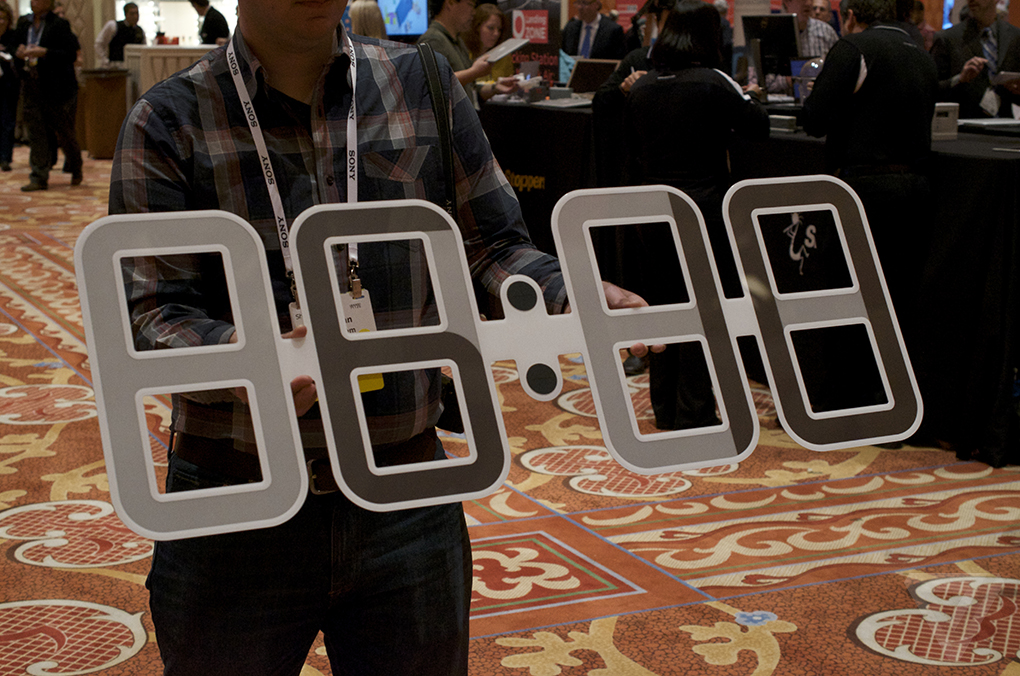 E ink is cool on E readers, watches, and smartphones, but what about on a giant $499 wall clock? That’s the goal of the Twelve24 E Ink clock, which could run a full year on just a watch battery, and was set to launch sometime last year. Now you can sign up to find out when you can preorder it.