Why you should stop relying on your phone, and buy a nice camera

Share All sharing options for: Why you should stop relying on your phone, and buy a nice camera

I wish I had bought a better camera sooner.

The past decade — my first date with my wife to our marriage, the Kansas City Royals’ worst seasons to their World Series run, college, jobs, and everything in between — has been captured on my cellphone camera. Like beer and pop music, it was easy to make do with what’s cheap and available, only to look back on a life of Dave Matthews and Bud Light and wonder why I’d gotten by on “good enough.” I regret that.

On a recent trip to my childhood home, I discovered roughly a dozen shoeboxes buried beneath a pile of winter coats in the closet of my old bedroom. I brought them into the living room where I cut the shoeboxes open one by one with a pair of craft scissors. Each was stuffed with nearly identical materials: two dozen or so sleeves of developed 35mm film featuring younger versions of my family and friends I haven’t spoken with in nearly a decade, beginning around my 13th birthday and ending with a shot from the night before I moved to New York City for college.

A shoebox full of childhood memories

Like so many angsty teenagers, I had proudly worn the affectations of a tortured artist: long hair dyed black, grungy corduroys, and of course my mother’s hand-me-down Minolta camera. On weekends, I snapped photos of whatever suburban adventures I got myself into. On weekdays, I ran rolls through Walmart’s 1-Hour Photo, sifted through the still-sticky prints for any winners, then added the rest to my growing shoebox collection, which at some point I (or more likely one of my parents) tossed in the closet with my Detroit Red Wings jacket from the winter of 1998.

Picking through the photos spread across the floor, I had an unexpected epiphany: maybe all late 20-somethings, finally aware that they will actually die one day, become uncontrollably sappy — but I now appreciate the hundreds of photos of my friends more than the countless close-ups of chainlink fences at the golden hour. Because I am aging, and because I have the memory of the original Tamagotchi, I am profoundly grateful to have these clear, high-resolution photos of the people I loved and love. 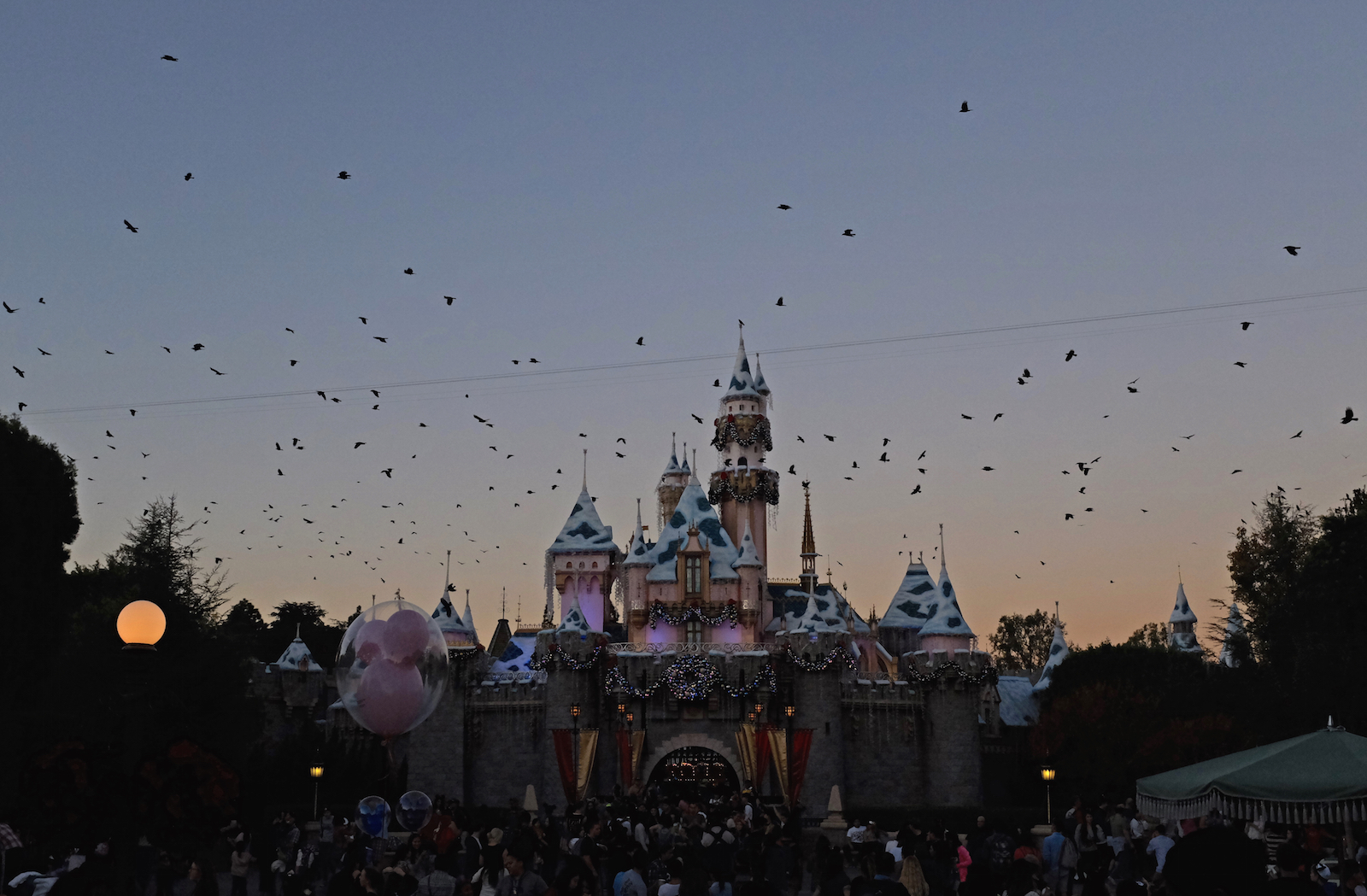 Most members of my generation don’t have a collection of photos like this sitting in the mustiest corners of their family home. In high school in late 1990s and early 2000s, the cameraphone was an odd, expensive novelty that captured the world with the resolution of a postage stamp. Instead, the disposable camera was king. Like most kings, its dominance had nothing to do with its quality. The disposable camera, made of plastic and cardboard, sucked. Its photos were hideous: the sharp contrast, the weak colors, and the way subjects tend to be blown out or lost in shadow. In close-ups, my school friends' eyes are always half closed, and you can see the blood beneath their skin. The last thing a teenager needs is a low-resolution camera that works like a highlight marker for acne scars.

I was raised in the disposable camera generation

By comparison, the photos from my 35mm camera — the ones that aren’t over or underexposed, of which there are admittedly dozens if not hundreds — are like hand-sized windows into my past. I can see details I’d forgotten in adulthood: the greasy bangs, the Sharpied backpacks, the "I can’t believe we ever looked like that" soft skin, and how even the most beautiful amongst us looked then like a child dressed as a 40-year-old.

The 35mm Minolta captured everything I cared about in pristine color and resolution, but perhaps more importantly it inspired me — or really, gave me an excuse — to take photos of what at the time seemed trivial. Because when you’re an amateur photographer, everything, from soda spilled on a Oldsmobile’s dashboard to a stack of Vagrant Records CDs, becomes a font of inspiration. When I fanned the photos, I noticed a dozen carefully composed shots of a friend dozing through history class and nearly a hundred featuring the same iced coffee at the same junky downtown coffee shop. It’s plenty obvious who and what teenage me really fretted about — even if at the time I didn’t know it. 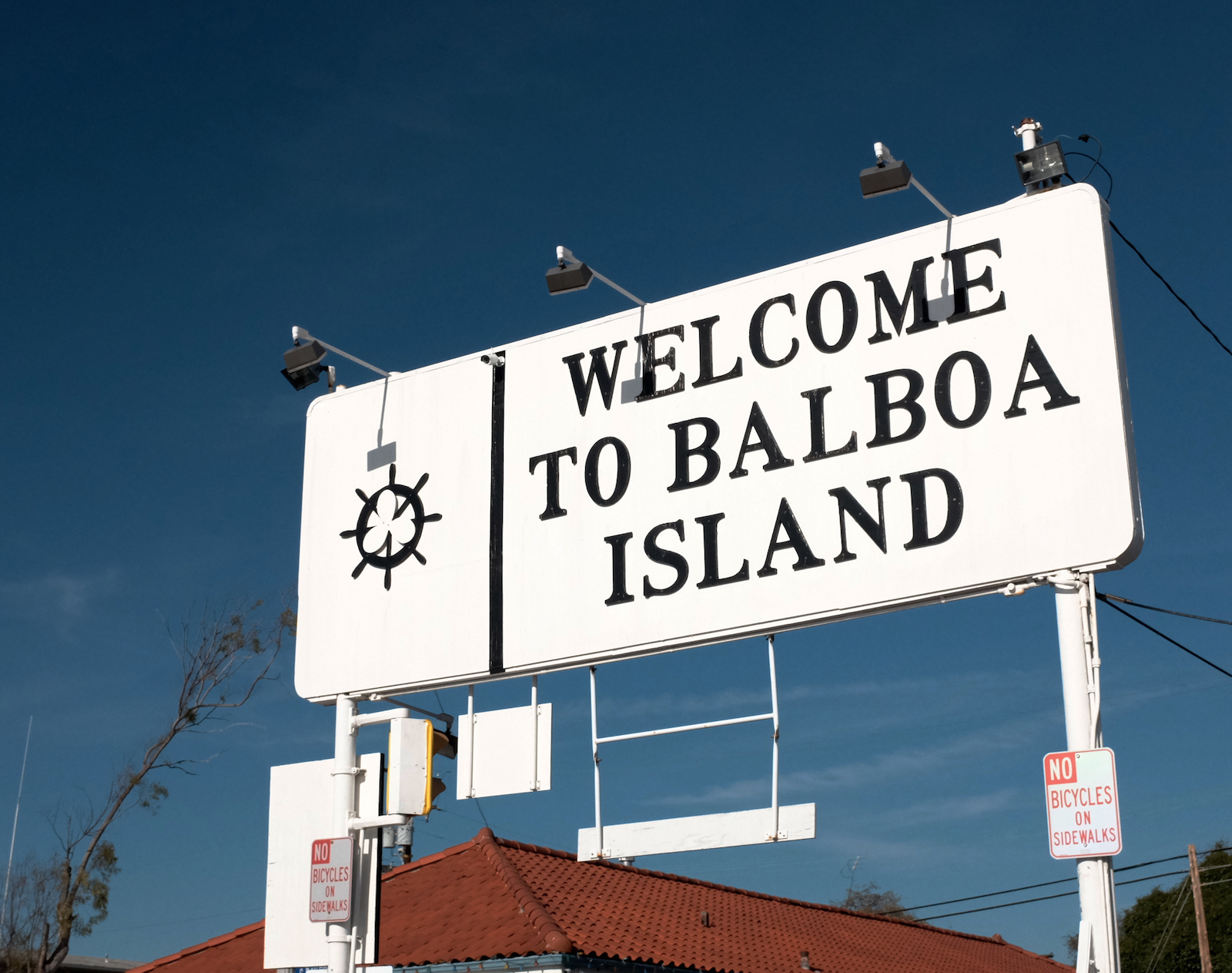 As I said, the shoeboxes have a conclusion: college. During my college years in New York City, the camera in my cell phone became my memory-maker of choice: first the Sidekick then the various iterations of the iPhone. I never printed the photos, and because I have issues with digital privacy, I rarely uploaded them to social networks. I shot indiscriminately, sometimes blindly, usually in bursts of a dozen or so, assuming I’d find the best when I uploaded the batch to my laptop, which I wouldn’t do for months. When I did get around to unloading my phone, the bundle of pictures would be zipped into a folder and lost amongst a dozen identical zip files on my perpetually almost-full hard drive.

After my trip home, I returned to the apartment I share with my wife and looked through our photos on the computer. It was a process. Out of fear, we’ve copied all of our digital photos onto multiple hard drives. Unlike the shoeboxes, sifting through them is unbearable. There are thousands and thousands of muddy photos. I remember how phone photos looked acceptable — close enough to film that I couldn’t really tell the difference. But now it’s obvious these pictures have their own fussy disposable camera-like qualities. They’re almost universally flat, grainy, and small. And because the phones' cameras couldn’t handle even the slightest hint of darkness, they're scorched by the world’s cheapest flash.

I spoke with my wife about how I feared that if we stuck with iPhones for casual photography, then the best moments of the rest of our life would look like fuzzy adver-porn shot by Terry Richardson. I told her I wanted to spend a lot of money on a nice camera, and she respectfully asked me why I always compare everything I hate to Terry Richardson photos. 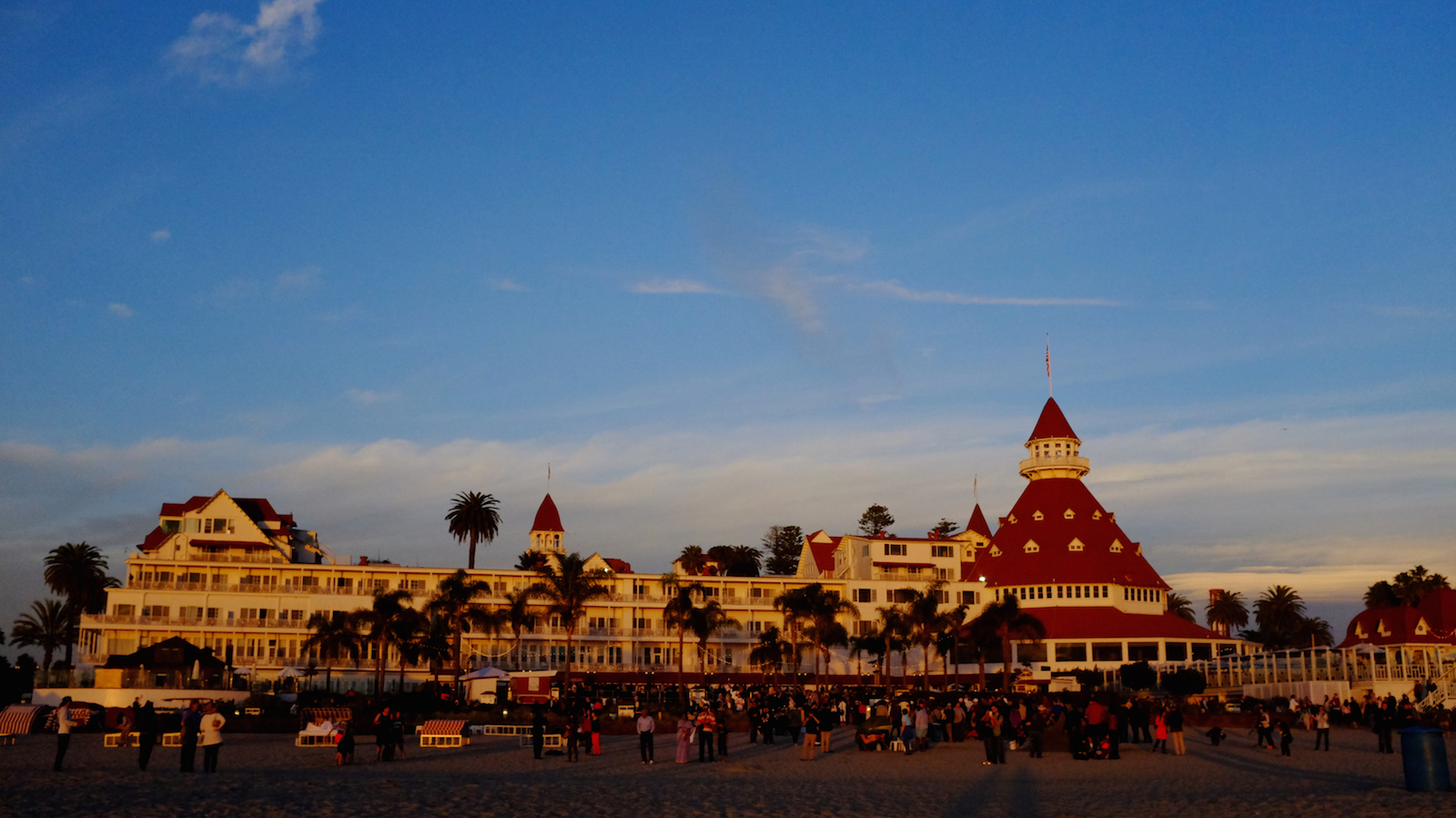 Just before Thanksgiving, I purchased my Fuji X100T. According to my countless Google searches of the words "Good camera," "Best camera," and "Best camera 2014," the Fuji X100T is a good camera and arguably the best compact camera of last year. The camera has a permanent fixed lens, meaning I can’t replace its lens with another lens. This is okay because I never learned to use lenses in high school and also because photography is expensive, and if I get in the habit of buying lenses, I will blow through my salary like the candles on a birthday cake.

The x100t is arguably the best Compact camera of last year

The Fuji could be mistaken from a distance for my old Minolta, except where I would have loaded film on the back there’s instead a display and buttons, allowing me to perform all sorts of digital trickery. When I take a photo now, the result looks comparable to what’s in my shoeboxes. (Though maybe I’m wrong again, and in a decade these photos, too, will have their own pockmarks — I doubt it, though.) If anything, the Fuji’s images are better. Shooting consistently passable photos is so much easier. I’m not locked into rolls of films, and I can preview an image before capturing it. After a couple days of practice, I was adjusting the aperture, shutter speed, and ISO and composing a decent shot with a confidence I’ve never really had.

For now, I’ve limited my storage to a 16GB SD card. The small amount of space forces me to dump photos onto the hard drive once a week or so. I never learned this simple rule till now, but "keep the best and trash the rest" is an organization life saver. After harvesting the good stuff, I compile the truly precious photos into a desktop folder, which I’ll eventually have printed into a book. 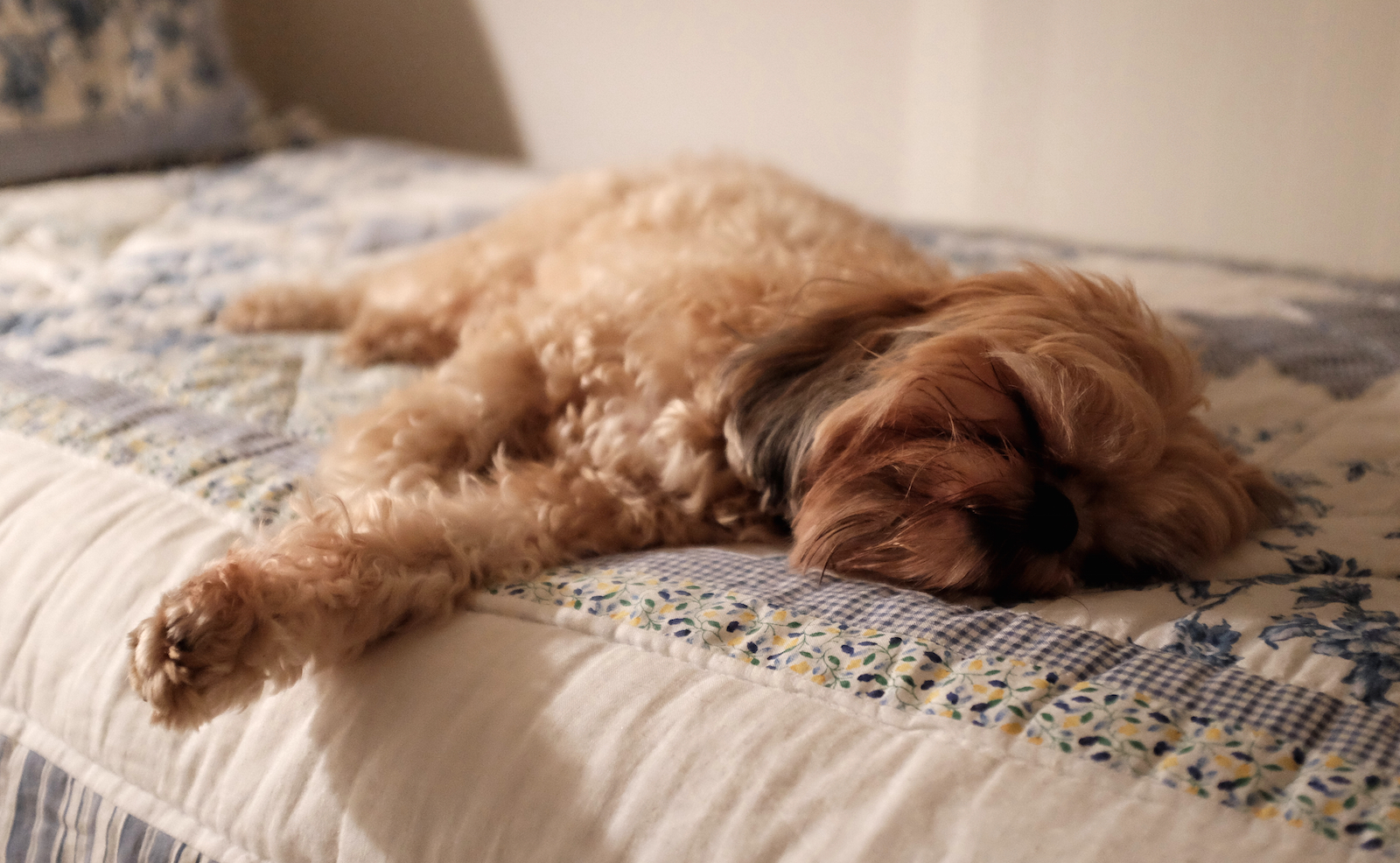 What will I do with the book? Probably keep it beneath the winter coats in our closet where it will be joined by future photo books, but my hope is each book will live a happy life in our living room — at least for a couple months. Either case, the purpose of this absurd little process is to have a collection of beautiful memories that won’t disappear when my hard drive fails or gets lost amongst my thousands of desktop background images.

Is this worth the money? For me, yes. Absolutely. God, I can’t tell you how happy it makes me having these photos of the people and places I love. To have photos of my wife visiting Rockefeller Center during Christmas; of my friends on a polar bear swim; and of my parents just being my parents, because I’m so fortunate to have them and to have photos of them in good health. I am acutely aware that time moves onwards with an unfeeling consistent pace, and sooner than I’d like to process, I will want to look back, not to live in the past, but to appreciate it. When I look back, I want to see every dimple and every crinkle and every detail.

Is this worth the money?

For most, the markedly improved cameras in our cell phones are enough. But I do suspect there are people like me who unwittingly forgot the pleasure of good photography because their phone made things easier and it captured images well enough. And when it didn’t, well, you could always add a filter.

Of course, that’s the other benefit of a nice camera. It doesn’t have to serve as some pseudo-depressive tool for preserving the present. My X100T has its own Wi-Fi network, accessible through a smart phone. With it, I have stepped up my game on Instagram, an app that, better than any other, reminds you: "There's no better time than now."

Mark Zuckerberg has responded to the metaverse memes