Piper is one of the newer home monitoring cameras in a category that’s still trying to figure out what it is. Once the solution for checking in on dogs and babies, these small cameras have evolved into something of an ad-hoc security system for a small home or an apartment, offering things like motion detectors, live video with cloud recordings, and a siren to scare away would-be thieves.

But one of Piper’s shortcomings has been a lack of night vision, a standard feature among cameras in its class. This meant that if you wanted to use Piper in your house at night, you were mostly out of luck, short of spending time and money hooking up your home’s lights to its built-in motion sensor.

That’s been remedied with the Piper NV, a new night vision-equipped model that goes on sale today for $269. That’s a $60 premium on Piper’s first model, which will continue to be sold for $199. The extra money gets you an array of built-in infrared lights for seeing in the dark and a new camera system that’s sharper.

As for why night vision didn’t make it in the first time around, you can blame that on the design of the fisheye lens, says Piper creator Russell Ure. It turns out that its 180-degree viewing angle made it extremely difficult to add infrared emitters that wouldn’t hit the lens and create huge flares of light. The company eventually solved the problem by putting the emitters behind a translucent plastic ring set behind the lens that diffuses the lights. It also changed the shape of the lens ever so slightly to make it more rectangular. Looking at the two models side by side though, you’d be hard-pressed to spot the difference. 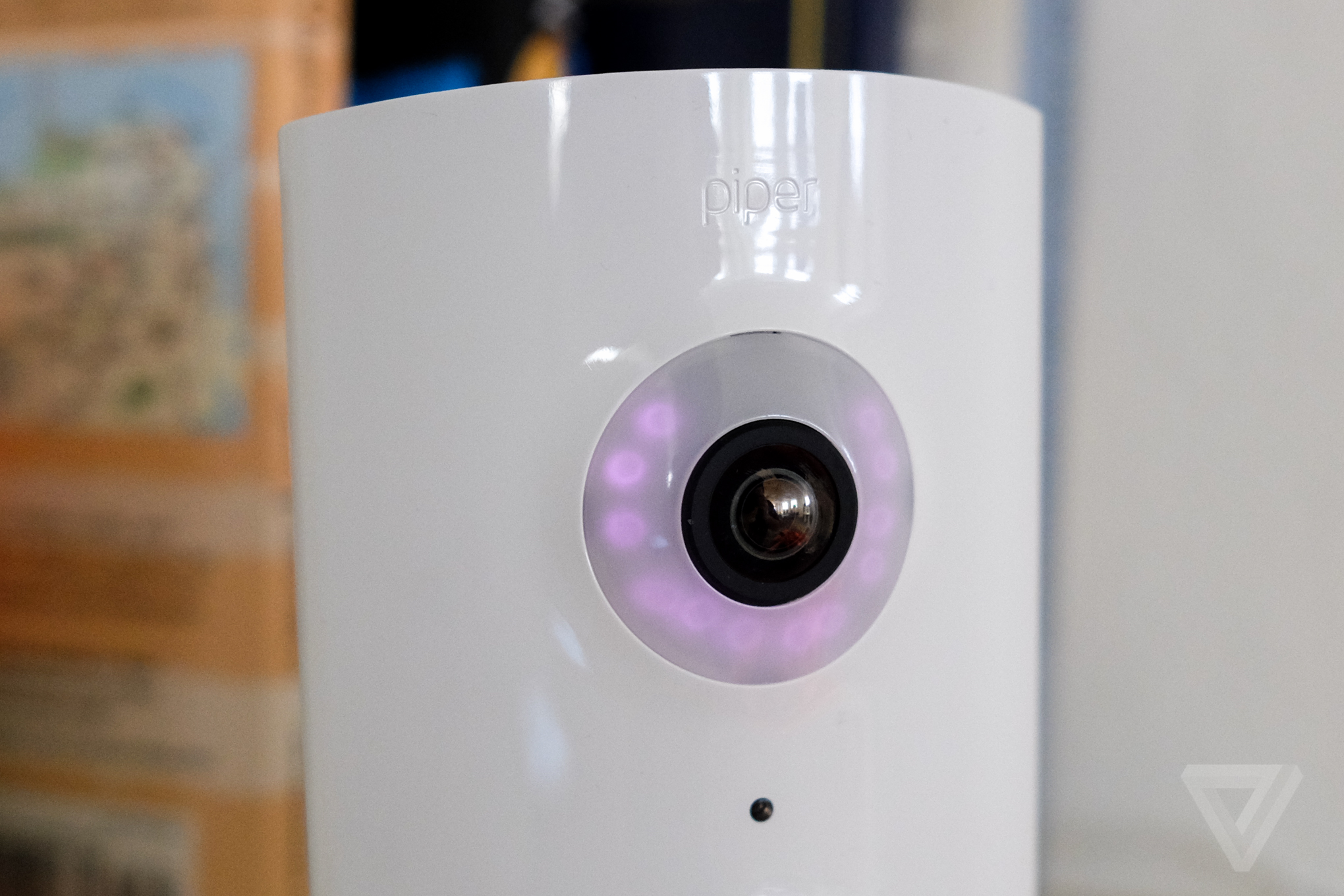 Like Dropcam, Simplicam, and a host of other rivals that already have night vision, Piper’s can be set to go on automatically when it gets too dark, or you can have it on all the time. Visually you can spot the telltale red glow of IR lights around the camera in a darkened room, though it’s not as pronounced or as distracting as some models because of the diffusion.

Besides night vision, the NV model has made a few other improvements. The company switched to an all-glass lens and a new sensor that’s higher resolution than Piper’s original model — it’s now 3.4 megapixels instead of 2. Because of the switch to glass, Ure says recordings are much clearer and sharper than they were in the first model, especially when zoomed into any particular area.

Still not great at seeing faces

In a brief test with a demo unit, the image was visibly improved from the first model, but still not quite sharp enough to get a nice shot of someone’s face from about 15 feet away and beyond. That’s big a problem if you’re aiming to identify who someone from a live feed or a stored clip. It also wasn’t capable of discerning fine details as well as something like Dropcam’s Pro model, which lets you zoom in and reprocess the image. Piper manages to trump that by letting you zoom into four separate areas at the same time, but I’ll take quality over quantity.

Here's how it looks in our server room with the lights on and off, which looks terrifying either way: 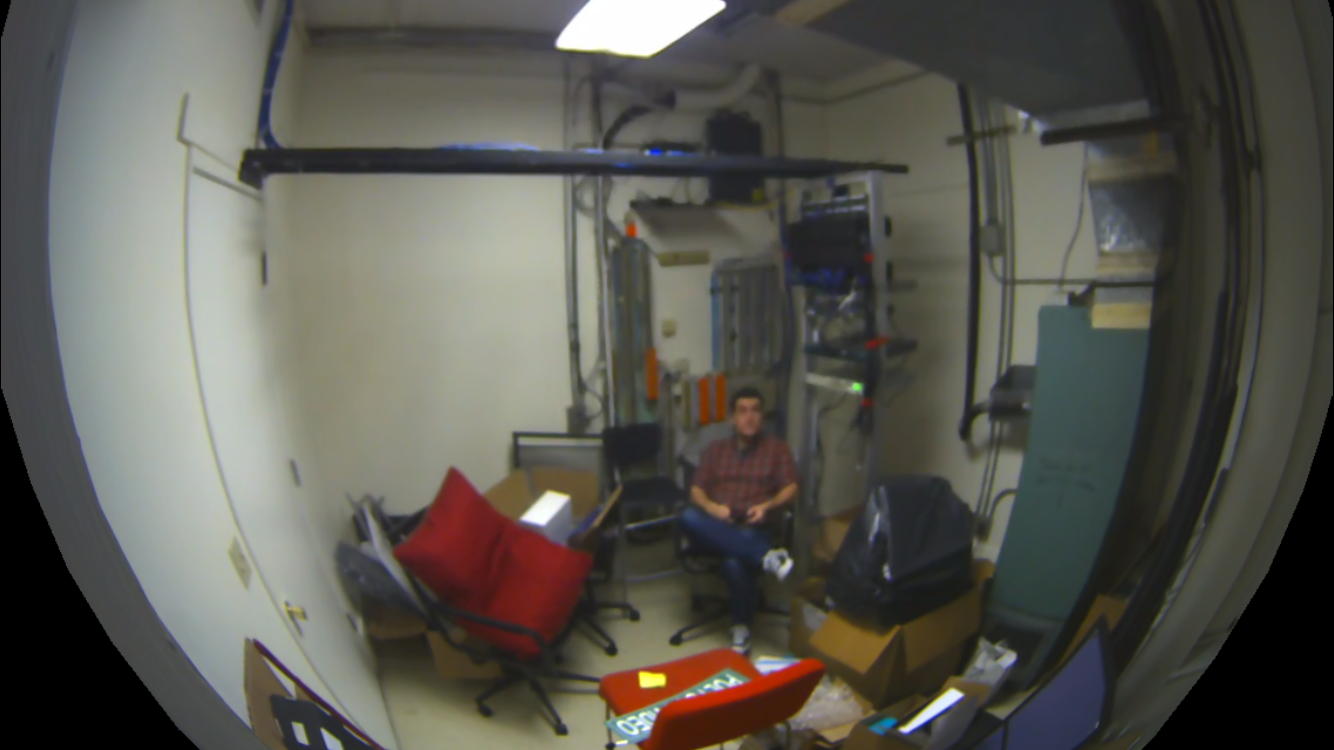 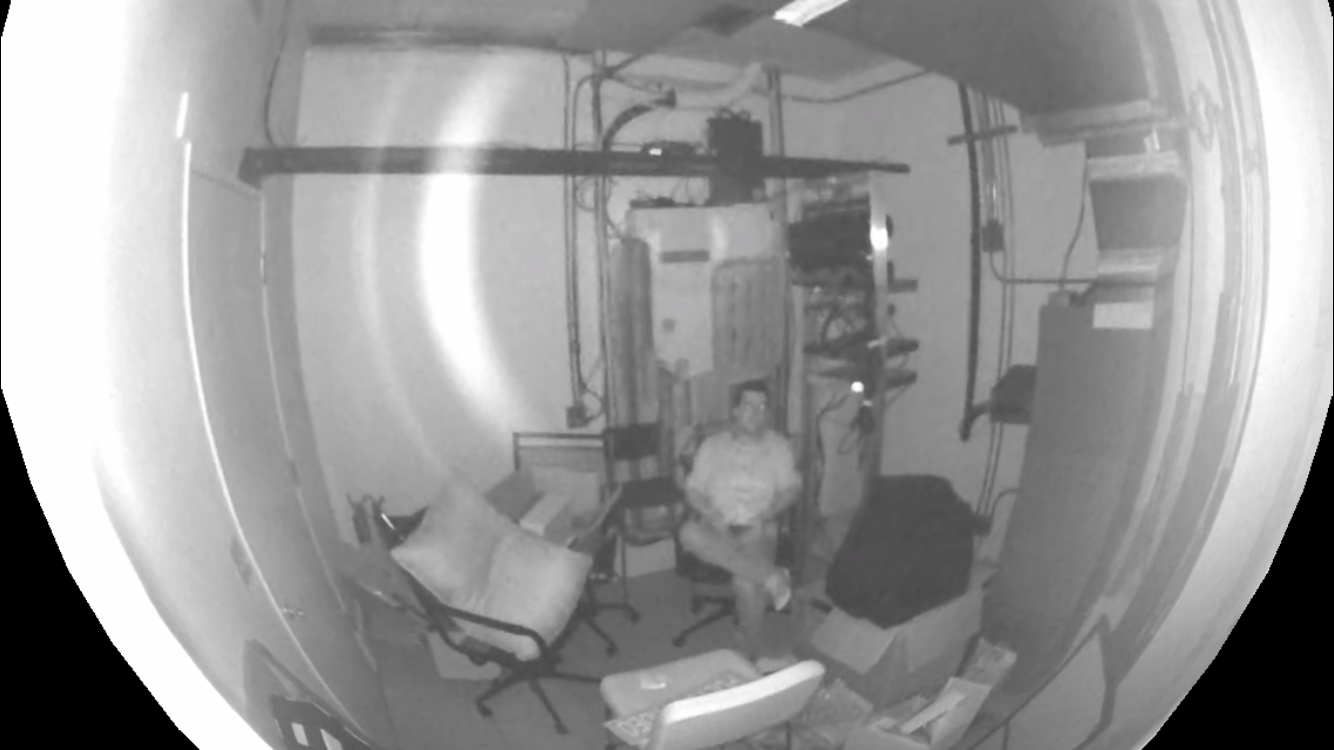 One other feature that you won’t see from the outside is a new version of the built-in Z-Wave, the wireless protocol that lets you manage control lights and other home automation appliances. The new version gets twice the range of the previous model, has a faster data rate, and introduces encryption. That last bit is particularly important if you wanted to connect Piper to lights and sensors that you want to prevent being tampered with. And the wider range also means that you’ll be able to cover more ground in a house without purchasing extenders, or another Piper unit for another room.

Not a security system replacement yet

So does all this add up to a viable replacement for a home security system? Ask Ure and he’ll say no, at least for now. In part, that’s because Piper was acquired by iControl Networks, which has a hand in creating ADT’s Pulse home security system, and home security systems from cable providers like Comcast, Cox, and Time Warner for a monthly subscription. Piper, which has an upfront cost but no add-on services to speak of, isn’t what those companies are selling to people yet. But that could change.

"Piper unlocks for these people a much bigger market, because people who rent, people who have homes who are not inclined to spend $50 a month but may be interested in something smaller and less costly, there’s a whole new market that [these companies are] looking at," Ure says. "And Piper is a good example of things to look at."