Two weeks ago, a sexual health company called Minna Life approached The Verge and asked if one of our reporters might want to try the kGoal — a Kickstarter “smart Kegel exerciser” meant to help women strengthen their pelvic muscles. Having written about a number of women’s health issues, I jumped at the opportunity. I wanted to be among the first to try this rare breed of women-focused technology: a device that isn’t about losing weight, getting pregnant, or having orgasms.

But after spending two days trying out the kGoal, I had to admit defeat. It might be a great product for some women, but it certainly isn’t for me — that thing hurt like hell. 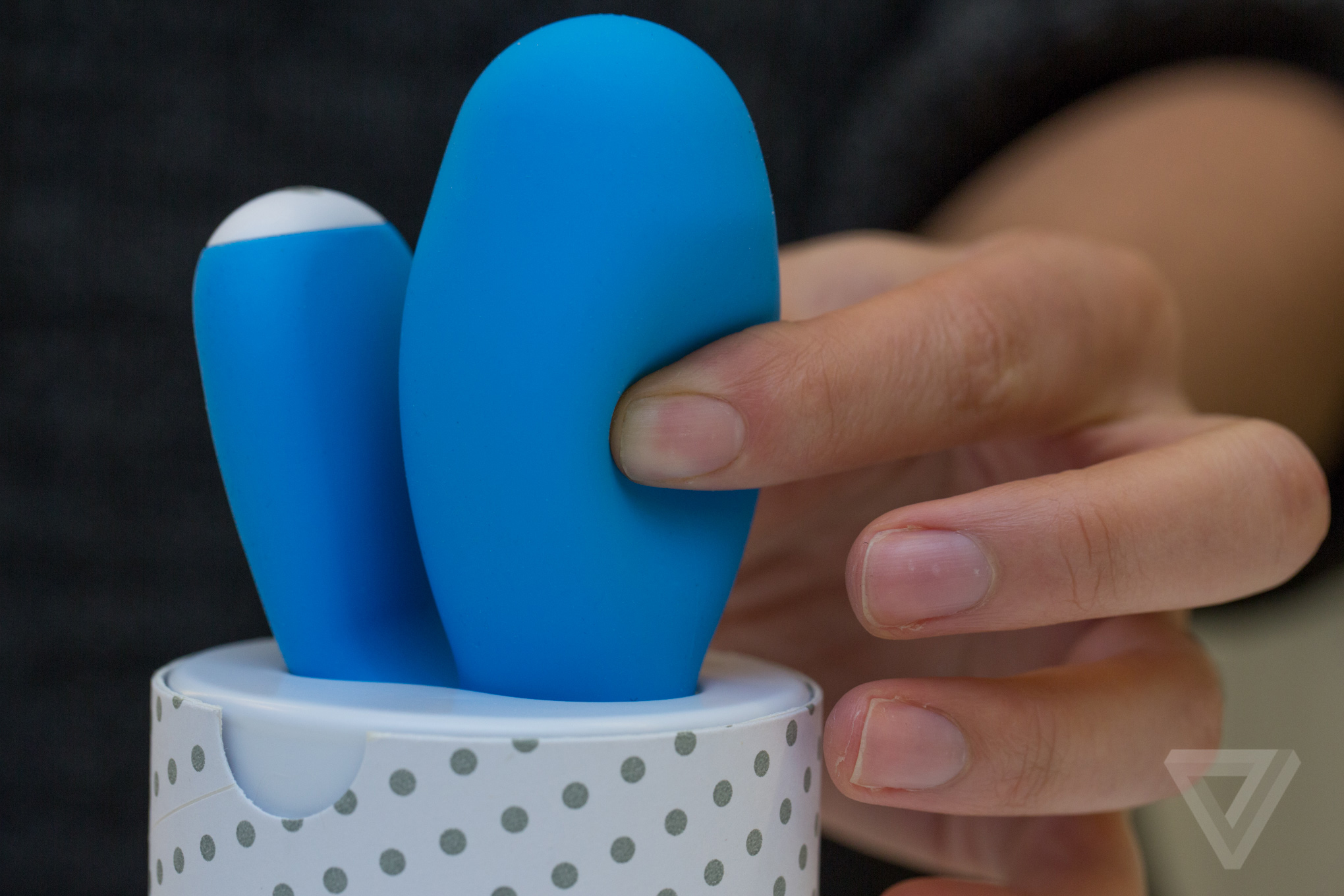 "Kegels" are pelvic muscle exercises, named after Arnold Kegel, the man who first described them in 1948. Women can do Kegels by contracting and relaxing the muscles of their pelvic floor — an act that basically means squeezing and releasing the muscles around their vagina and anus, sort of like you would if you were trying to stop the flow of urine. The main benefit of doing Kegels on a regular basis is that they can help women avoid or reduce incontinence, a problem that can affect women of all ages and of all backgrounds, notably athletes who take part in high impact sports. Kegels may also improve a woman's orgasm — because having bigger, stronger muscles in that area helps women enhance vaginal stimulation. Pelvic floor exercises may also strengthen posture.

There's a problem with Kegels, though: a lot of women end up doing them wrong. In a 2014 study, researchers reported that 23 percent of women who do Kegels do them incorrectly. This is unfortunate. When Kegels are done right, women show up to 70 percent improvement in stress incontinence symptoms, regardless of their age.

That's why Minna Life came up with the kGoal, a Kegel exerciser made out of medical-grade silicone, that helps women do Kegels the right way. "You can tell if you're just using your glute muscles because it won't vibrate in the way that it does if you actually squeeze with your pelvic floor muscles," Liz Miracle, a pelvic floor physical therapist and a consultant for Minna Life, told me. "So it does tell you if you're doing the contraction correctly or not."

I met with Minna Life CEO Brian Krieger and consultant Liz Miracle last week, a day before I tried it out myself. "We are very female empowered focused," Miracle said. "It's not about your partner being more satisfied with your pelvic floor muscles — it's about you and your connection with yourself, and you feeling good about yourself and your strength." 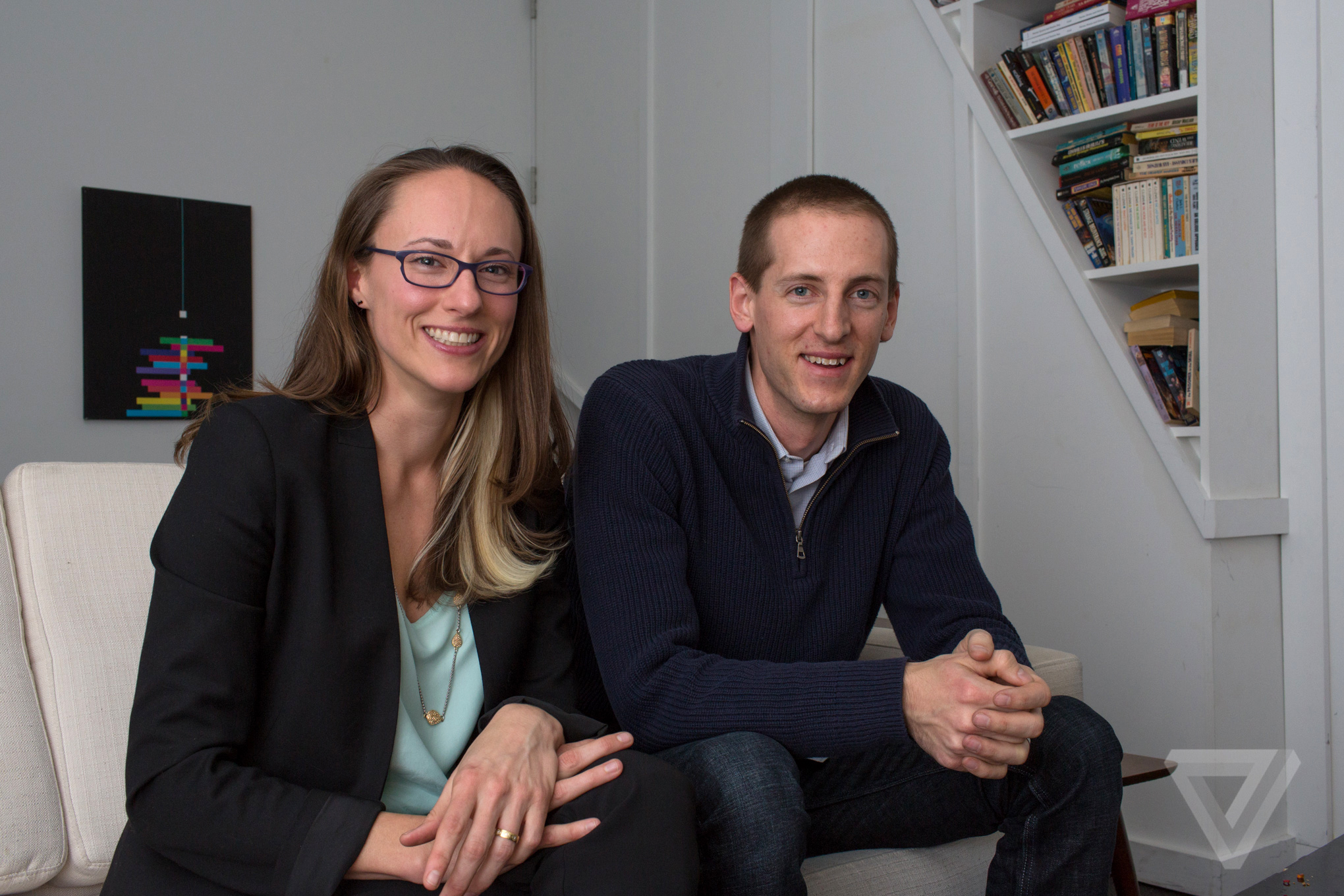 "It's not about your partner being more satisfied with your pelvic floor muscles."

Minna Life is mostly known for its sex toys — you may have seen the "limon" in sex shops like Babeland. But last year, the company launched a Kickstarter that didn't have anything to do with sex, at least not directly.

Krieger isn’t sure how the idea for the kGoal came about. "We’ve been excited about the idea of doing something that’s pelvic fitness-oriented for years and years and years," he said. Miracle, for her part, found out about the project through a friend, and was intrigued. She had wanted to develop a pelvic exercise device for quite some time, but had had trouble finding the right team. "The attitude was the biggest thing," she said. "If I was going into a room with guys trying to make vaginas tighter to make men happy, then I was not going to be a part of this team." Luckily, Minna Life’s intention behind the product aligned with hers.

There's definitely a consumer interest. The kGoal crowdfunding campaign attracted 2200 backers who contributed $266,917 — surpassing the original $90,000 funding goal by $176,917. After the campaign ended, the company received around 800 additional pre-orders for the $150 product. The Kickstarter shipments are set to begin this week, Krieger said, and they expect to see more orders after the kGoal's launch today. Both Krieger and Miracle think the kGoal has the potential to lead in the Kegel exerciser market. It's different from other offerings, like the Skea, because the app shows the user when they aren't completely relaxing their muscles. "A lot of women have trouble relaxing their muscles all the way," Miracle said. The device hasn't been tested by an independent evaluator, but both Miracle and Krieger say it works.

"I've seen women who leak urine [in my practice], and they're leaking less urine over time as they use the product," Miracle said. "They're getting stronger with their pelvic floor muscles." 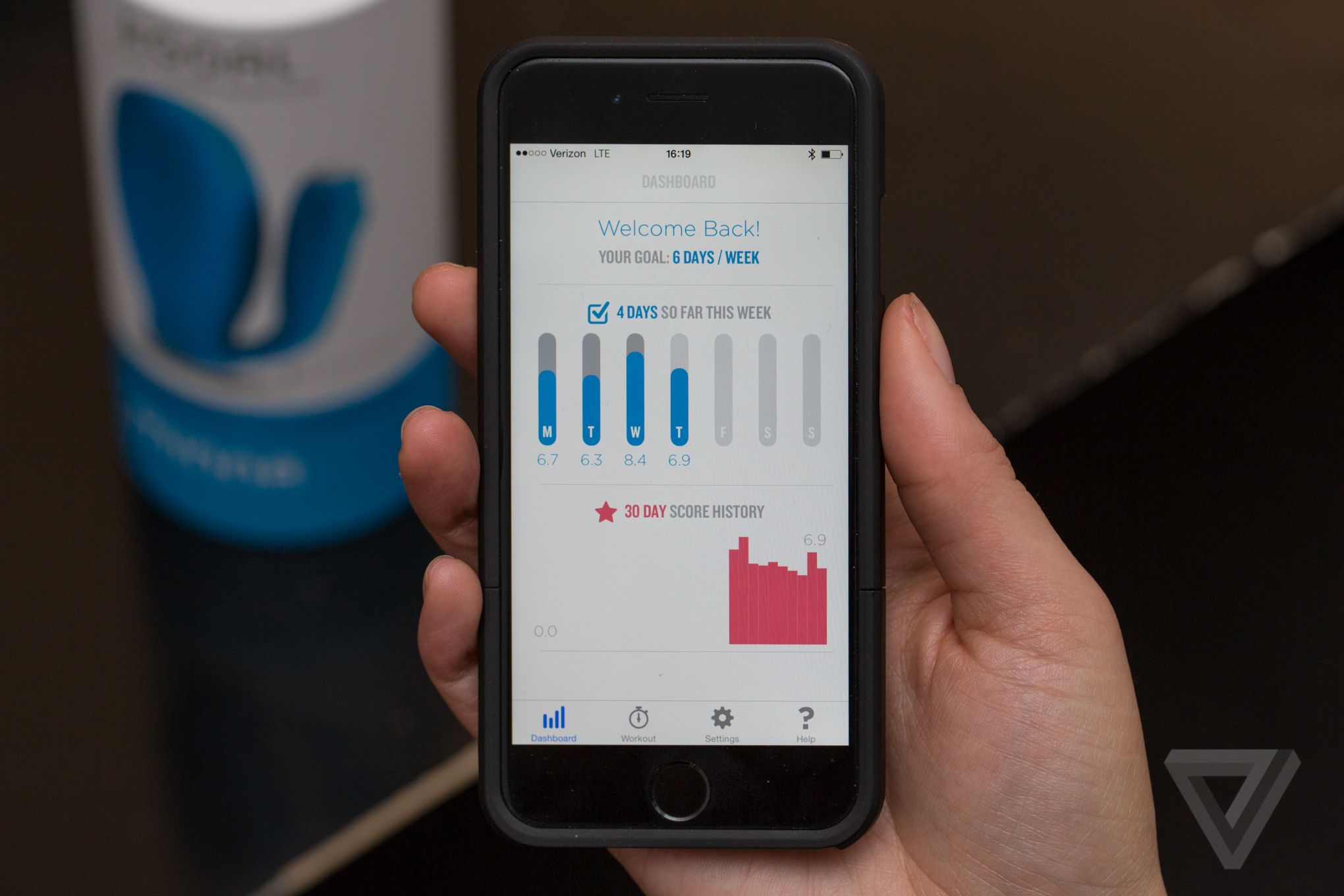 kGoal is a silicone device with two handles. The smaller handle stays outside the body; it contains the start button, the battery, and the Bluetooth antenna. The large oblong handle is inserted in the vagina. The sides of the larger handle can be deflated to make the "installation process" easier. But it doesn't deflate completely — the device's bulbous tip is rigid. That part contains the internal tactile feedback motor, Krieger told me in an email. It was also kept rigid because it "helps prevent [the kGoal] from slipping out while in place." 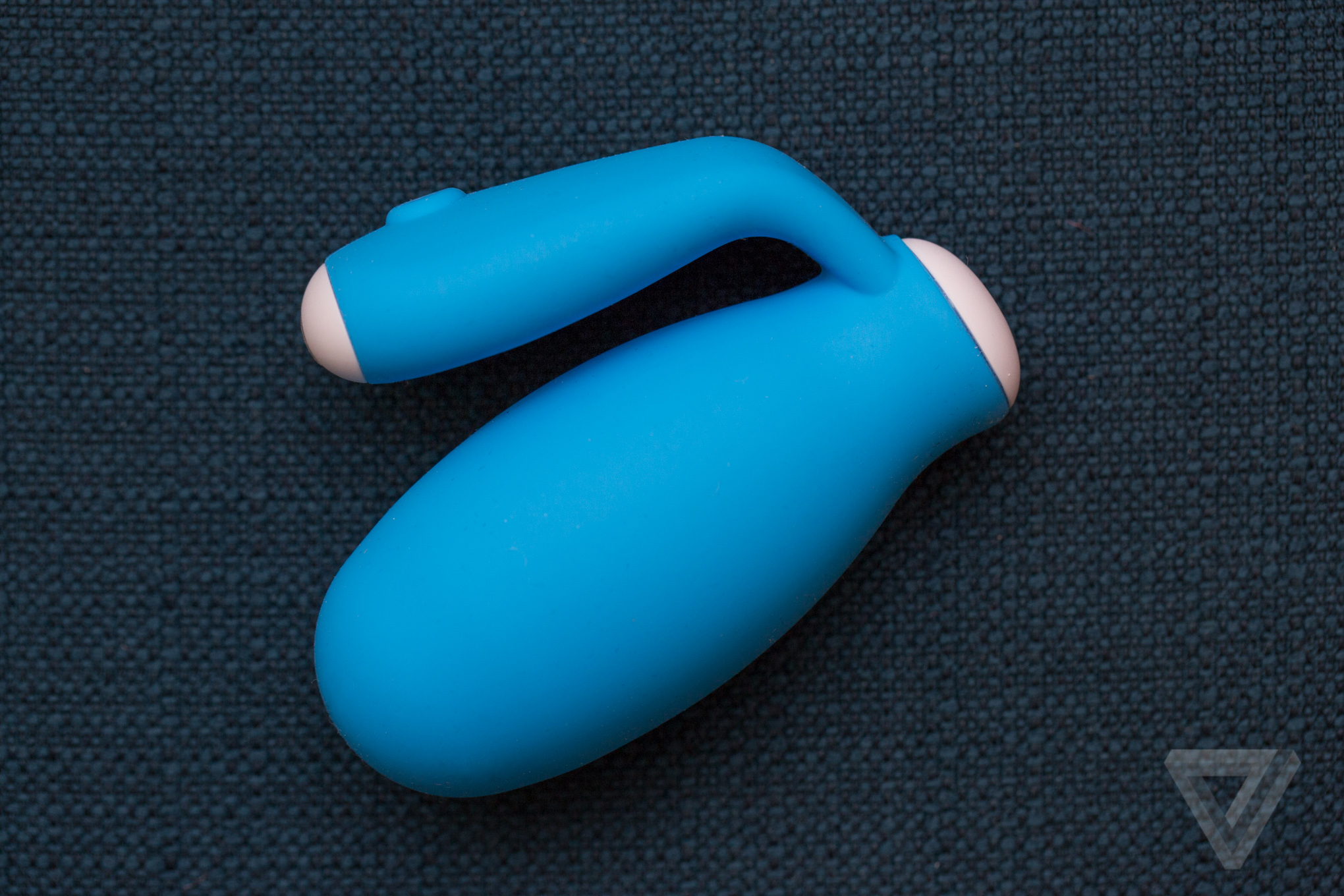 when a woman contracts her muscles more tightly, the vibration intensifies

The kGoal works by giving users tactile feedback through an optional proportional vibration feature: when a woman contracts her muscles more tightly, the vibration intensifies. When she lets go, the vibration stops.

Women also have the option of looking at their progress on the accompanying cell phone app; the kGoal connects to your phone through Bluetooth and tracks your progress through time. When the app launches in the Apple store, it will have one workout available that focuses on both strength and speed. I tested it by holding the kGoal in my hand, and it seemed to work well. Minna Life couldn't give me access to the app at home, however, so I wasn't able to test it out under real-life conditions.

That night, I went home and hung out with my partner and one of our friends. We discussed what trying the kGoal might be like. Our friend suggested that my experience with the kGoal might resemble that of Peggy Olson, a Mad Men TV character, when she tried the "Relax-a-Cizor" — a vibrating panty-shaped pleasure device that advertisers in the show marketed as a weight loss machine to avoid offending 1960s husbands. "Have a good day tomorrow!" our friend said with a knowing smile as she left. 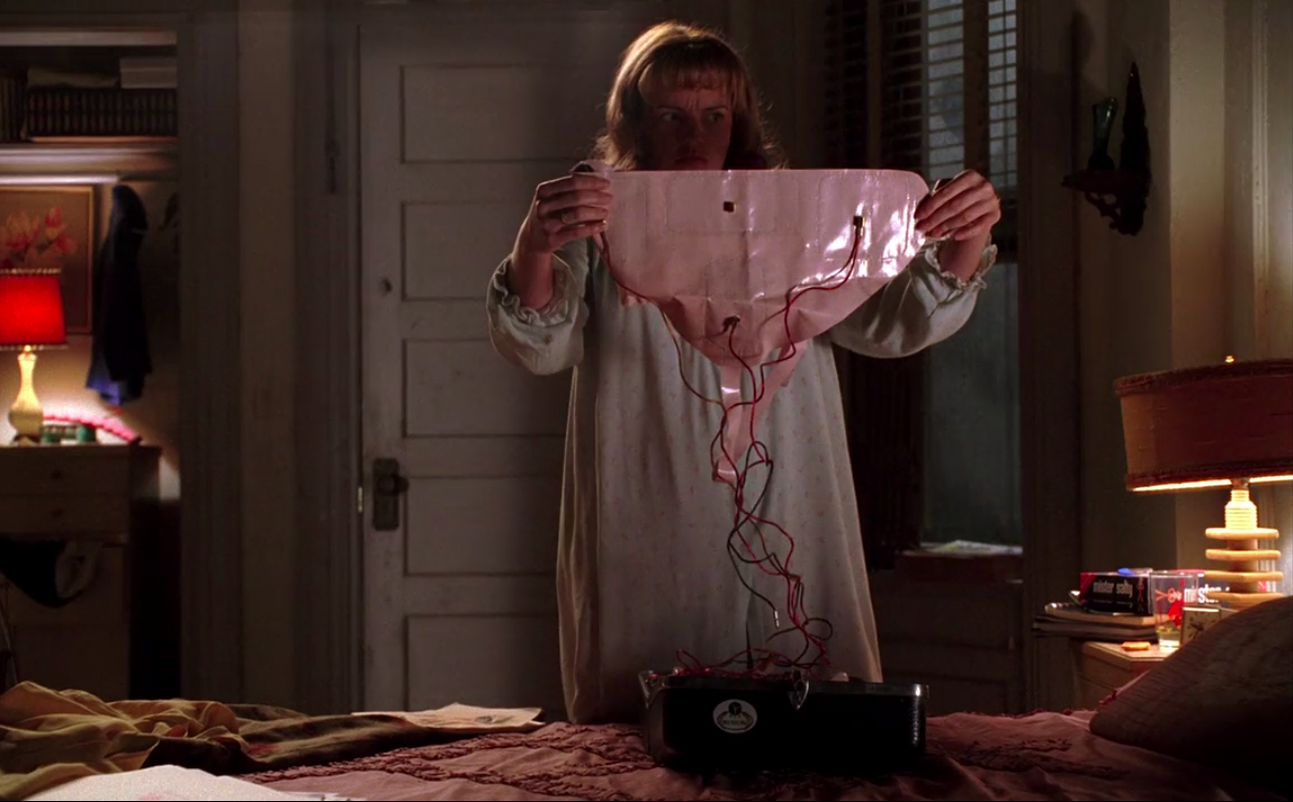 The next day, I stayed home from work. I felt confident as I removed the kGoal from its packaging. Miracle had given me a tutorial about how the device worked 24 hours earlier, so I figured the process would be simple. To deflate the device, you press the button at its base and press on its sides. Then, you guide it in. Once you've inserted the device, you press on the button at the base again to inflate it again. The kGoal can also be adjusted, so that you can use it while standing up or doing lunges. I didn't expect to be able to do any of that just yet, however — you need to build up to it, Miracle told me.

I got my first hint of the pain to come when I deflated the kGoal alone for the first time. Back at the office, it had seemed small in my palm, but when it finally came time to face the task at hand, I suddenly noticed how large the device's bulbous tip — the part that doesn't deflate — actually is. I made use of the 95% organic lube packages that come with the device. I was gentle at first, but it refused to go in. I focused on what Miracle had told me.

The pain wasn't subsiding. Now I had to get the damn thing out

"Make sure you're relaxed when you go to put it in, specifically if you're squeezing the muscles," she said. "You should lay down, and open your legs up and relax." Since I was already laying down, I decided to close my eyes for a minute or so. Then, I tried again. This time, I used more force and the kGoal went in.

From that moment on, my vagina was on fire.

"Maybe once I inflate it, and the kGoal is turned on, it'll feel better," I thought. I followed the procedure that Miracle had described. Eventually, I managed to clench my muscles twice, and I immediately felt the kGoal vibrate in response. Still, after two wimpy Kegels, I was done. "This shit is crazy," I said out loud. The pain wasn't subsiding. Now I had to get the damn thing out. 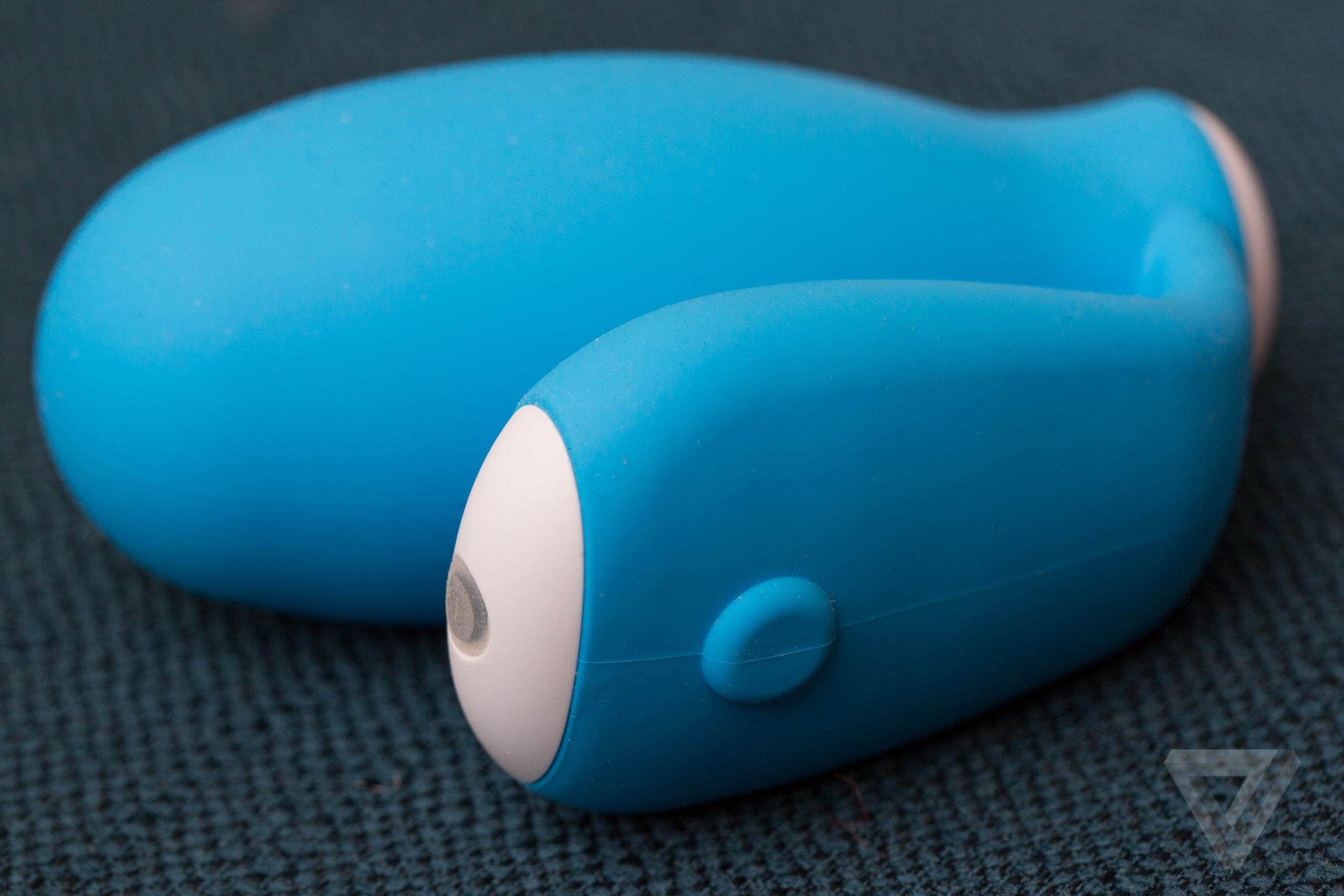 I took some time to recover. Here is my first journalistic impression of the device, as received by my editor: "Holy shit that kGoal thing is PAINFUL. Jesus. WTF. Whyyyyy."

Shortly after that I emailed Miracle to tell her about my experience. I asked her for tips about how to make using the kGoal less painful. "The best way to insert is to be semi-reclined, legs out like in butterfly pose, deep breathe, exhale as you insert. Use lubricant as well," she wrote back the next day. "Also, you can try exhaling and bearing down slightly to remove."

If the purpose of this product is for women to gain control, then I was doing just that by putting the KGoal away

I decided to give the kGoal another try. This time, I didn't get very far. As soon as I began wondering why I was putting myself through this again, I stopped. Women don't listen to their bodies enough, and if the purpose of this product is for women to gain control, then I was doing just that by putting the kGoal away.

According to Miracle, the kGoal was sized to fit most women. "There will be cases where it is uncomfortable to insert," she said. "Trying to find a size that works for all women is nearly impossible, so we did user testing to arrive at a size that would be insertable for most." According to Krieger, Minna Life tested the kGoal on around 20 women.

After two separate attempts, I can safely say that kGoal isn't my idea of a good, or even acceptable pelvic floor workout. But I'm not going to pretend that every kGoal backer will have a similar experience. I asked a friend to try it out on Saturday. She told me that although she was able to use it, inserting it was painful, and so was taking it out. She admitted that the vibration triggered by the contractions was pleasurable however. "I wouldn't buy it though," she said.

Of course every woman — and every vagina, for that matter — is different. I found the kGoal exceedingly unpleasant. But it does seem to work pretty well, and the app appeared to be well-designed, based on the brief period I spent with it. I can only conclude that it isn't right for me. Others might find it easy to use — they might even love it. And if that's the case, it may really benefit them in some measurable way.

Krieger says that his company is thinking of making a smaller version of the product. "We don't have concrete plans yet," he wrote in an email. Right now, the focus is on getting the initial version going.

From a business perspective, I can see how that would make sense: build a market for your product, and then expand your line. But let's be honest, one-size-fits-all products rarely deliver on that promise, especially when it comes to women's bodies. Paying $150 for the kGoal might be worth it for many, but it's hard to know before you actually try it — and honestly if I wanted to spend $150 on torture devices, I'd buy a new pair of heels.