Sling TV hasn't changed much since we saw it unveiled at CES, but starting Tuesday, Dish will begin sending out the first invites for its over-the-top internet TV service. For $20 (and without any commitments or other gimmicks), you get a smattering of channels led by ESPN that can be streamed live anywhere; when you're mobile, you can watch Sling TV on your smartphone, tablet, or PC. At home, it'll work with set-top boxes like Amazon's Fire TV, Roku 3, and the Nexus Player, along with Microsoft's Xbox One console and Samsung TVs. Within a couple weeks, Sling TV will be ready for its full-fledged consumer debut, and I've just spent a few days testing the service to see if it's indeed worth making a switch from cable.

After sampling Sling TV across iOS, Android, and on Roku 3, I've come away fairly impressed. The app's design is slick, lag-free, and straightforward across platforms, and jumping between channels is effortless. TV shows start playing quickly, with barely any buffering time needed before they're streaming at full quality. Obviously that could change depending on your connection, but Sling looked fantastic on my iPhone 6 Plus and Nexus 6 when watching over LTE. And at home on the Roku, I didn't notice any significant downgrade when comparing against cable. The mobile apps let you choose a maximum quality setting if you're concerned about eating through your smartphone's data cap, and the Android version in particular makes it very easy to check what quality you're seeing at any moment. You'll probably want to leave video-on-demand rentals for your home Wi-Fi connection, though. 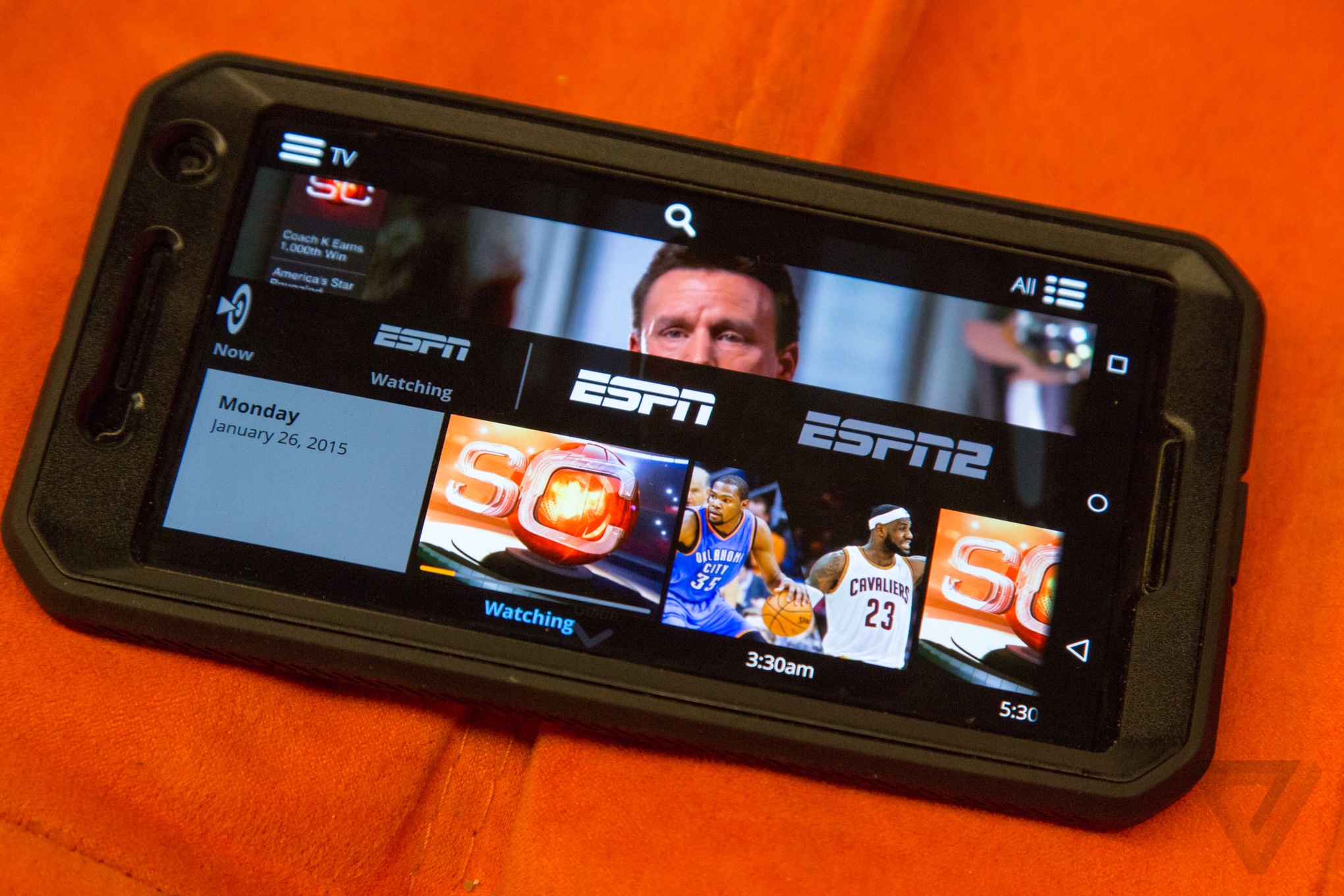 ESPN is the big sell

As we've said before, Sling TV's channel lineup is tiny when lined up against your average cable bundle. ESPN is obviously the standout, and it can't be overlooked. If you're someone who rarely watches anything beyond live sports, Sling may give you a way to save some money versus paying Comcast, Time Warner, or Dish for a full channel package. ESPN2 is also available, and there's more good news: when Sling TV launches, subscribers will gain full access to the Watch ESPN mobile app. After CES, it wasn't exactly clear whether that would be part of the $20 subscription fee, and it's good to see that ESPN has included it in the deal.

Sling says a $5 sports add-on pack will add additional ESPN programming sometime in the near future. But some bad always trails behind the good. Licensing deals between the NFL and Verizon mean Sling TV customers will be hit with blackouts when trying to stream games on a smartphone. Watch on a TV or laptop and you'll have no problems.

What if you're not a sports fan? That could be where Sling gets less appealing depending on which shows you watch. You've still got TBS, TNT, CNN, Travel Channel, Food Network, Cartoon Network/Adult Swim, ABC Family, and the Disney Channel to choose from. There are a few others, and at launch you've also got the option of purchasing two $5 add-ons that get you more channels. A "Kids" package tacks on a couple extra Disney networks, and "News" adds HLN and Bloomberg.

Just don't be fooled; you absolutely will feel the hole in Sling TV's programming lineup. If you're not a fan of Supernatural or American Dad, there will be dire, frightening moments ahead. Dish just hopes your existing Netflix and Hulu Plus subscriptions will be enough to make up for gaps in its lineup. Can you wait to watch Better Call Saul until the next day? AMC and FX are glaring omissions here.

If the channel list gets too thin, you can always turn to movie rentals. Here, Sling TV offers exactly the same type of thing you'd get from more traditional cable providers. As just one example, renting Lucy in HD will run $4.99, and you've got 24 hours to finish it after hitting play. (Sling TV doesn't support offline playback, so if your internet drops, so will your movie.) 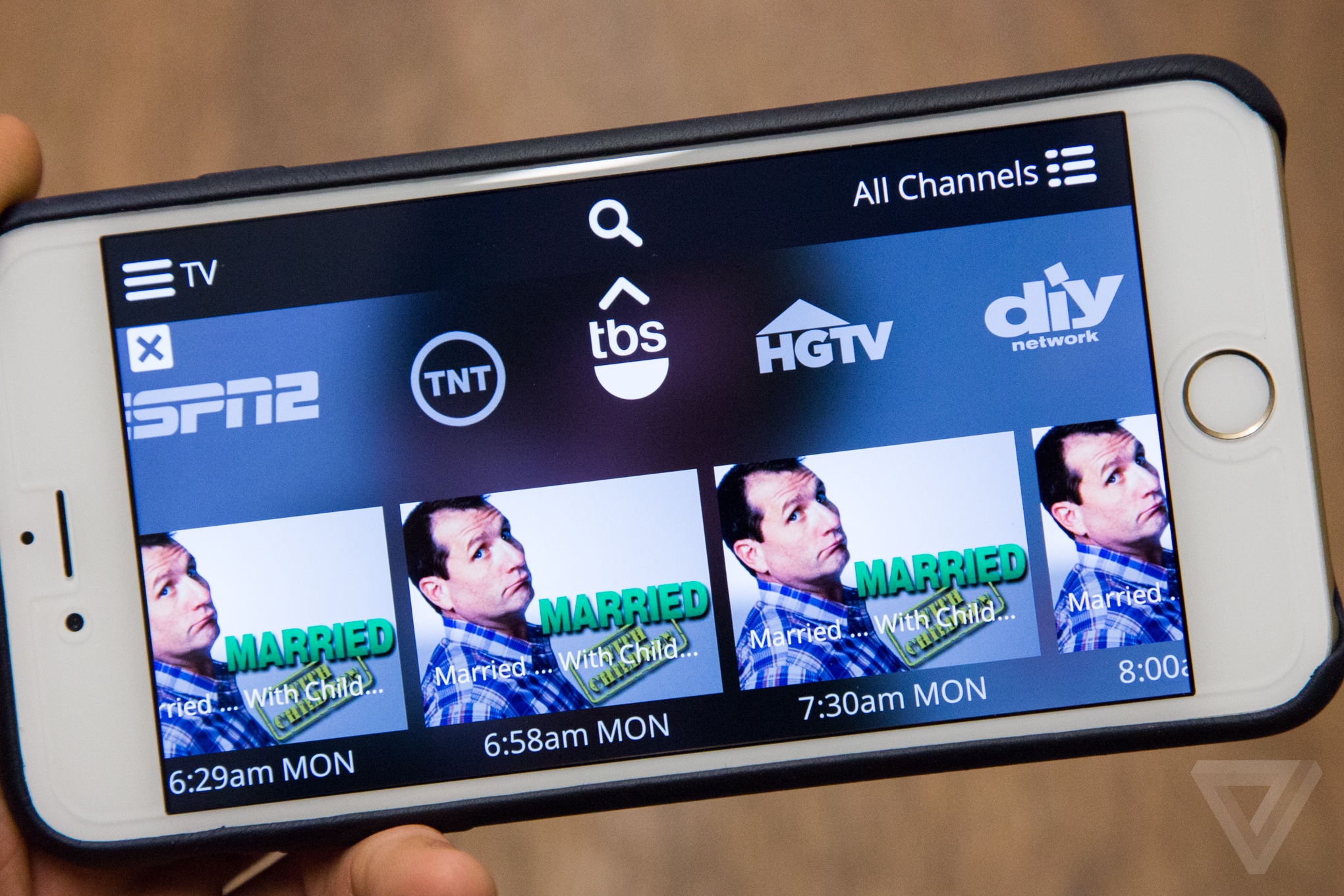 The rest could use work

You really shouldn't bother with Sling's movies section, though. Most people already have better ways of watching the same content on a phone or in the living room through Amazon, iTunes, Google Play, Netflix, and so on. If you're left with nothing else, Sling at least makes it easy to filter movies by Tomatometer score.

The TV half isn't free of faults, either. It's very much a work in progress. Say goodbye to the idea of a DVR, for one. A measly few channels let you pause and rewind live TV, or even jump back a few days to catch episodes you've missed. That's great and all, but it doesn't apply to the channels you'd actually want to watch. ESPN, Disney, CNN, TNT, and TBS don't allow it, which also means there's no skipping commercials for those networks.

Sling TV can't remind you about upcoming shows, nor is there any way to cherrypick your favorite networks — you've always got to scroll through the whole list or browse genre sections (news, entertainment, family, etc.). That's not a problem right now, but if Sling TV's channel lineup grows, the menu system will need some fixing up. None of this ruins the experience, but each is a good reminder that walking away from big cable brings sacrifices. One rule could be a deal breaker for certain customers though, and that's Sling TV's single-device limit. You can only watch in one place at any one time. Hoping to sit back and watch TV on the Roku while your kid watches Disney Channel from a tablet? Sorry. No can do. 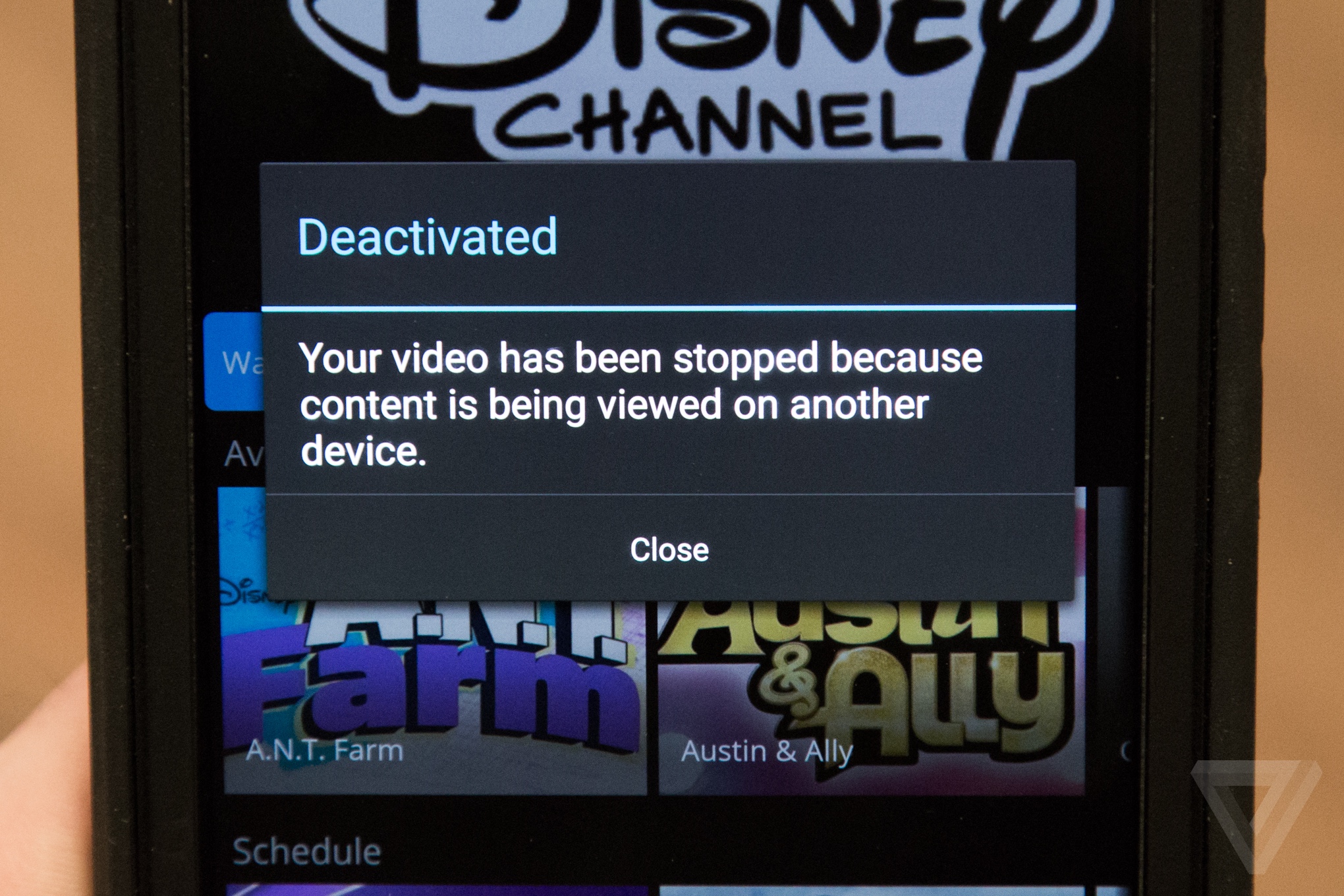 But if you're able to deal with that and are left wondering whether Sling TV is worth trying, the answer is "definitely." This doesn't have to be about cord cutting or taking the fight to Comcast. If you're barely watching TV as is and the math works out in your favor (with Netflix and/or Hulu included), it could simply be a great way to cut down on your bills every month. That's reason enough for me to give it a fair chance — and I don't even love sports.

Dish will be giving everyone a week-long free trial — and Xbox One owners get an entire month to test out the service. (The company also plans to bundle Sling TV with an unspecified third-party streaming device.) What's here is already a decent foundation. There are very few bells and whistles, but the app works fine for what it is. And for many subscribers, all Sling TV needs to be is a $20 gateway to ESPN. It's most certainly that and a little more. Now Dish just needs to keep working on the "little more." It's not the only company turning its focus to internet TV.