Snapchat has launched "Discover," a new feature that highlights stories and videos provided both by outside publishers and by Snapchat's in-house team of journalists and videographers. The new service is ad-supported, with Snapchat selling ads against media provided by networks such as ESPN, Vice, and CNN, as well as its own content.

Discover features videos, articles, and photos cherry-picked from these networks to appeal to Snapchat's young-skewing userbase. The company described the functions of the new feature in a blog post published today. Users can tap to open an "edition," swipe left to browse the snaps inside, or swipe up on a Snap for expanded content.

Discover lives to the right of your contact list, and at today's launch features content from 11 different partners in a grid of circular logos. (In the middle of the grid is a black Snapchat logo for the company's new "snapchannel," where it will feature its own finds from other content creators.) After tapping to open up an edition, Snapchat's UI disappears to allow for each company's custom full-screen experience. Publications like CNN, Cosmopolitan, and The Daily Mail are using it in a similar way to how magazine apps tend to work. Each page of the edition teases a different story, with full text and videos accessible by swiping up. Text can even be copied and pasted, but there is no ability to share selected text as of now. With most editions, a video ad appears every few pages.

Other companies are using Discover in different ways. Comedy Central's channel consists of quick teasers from shows like The Daily Show, Broad City, and Workaholics, with full videos available below each clip. Food Network shows off popular dishes and lets you swipe up to see recipes. ESPN mixes a few Sportscenter Top 10 highlights in between pages that show heavily designed stats from different leagues. Playing off of the daily structure of Snapchat's stories, basically every edition's final page is used to encourage users to come back in 24 hours.

Having just been released, there are some issues. The audio from some of the full-screen videos kept playing even as I scrolled to the right through the rest of the respective editions. And while the app manages moving graphics and video loading well enough, quick swipes can hang it up here and there.

The new feature, first rumored in August last year, was expected to launch in November and feature only videos and articles produced by networks that Snapchat had brokered deals with. But last week it was reported that Snapchat would be including original content in the curated section of the app, breaking with other social networks such as Facebook by turning itself into an online publisher. 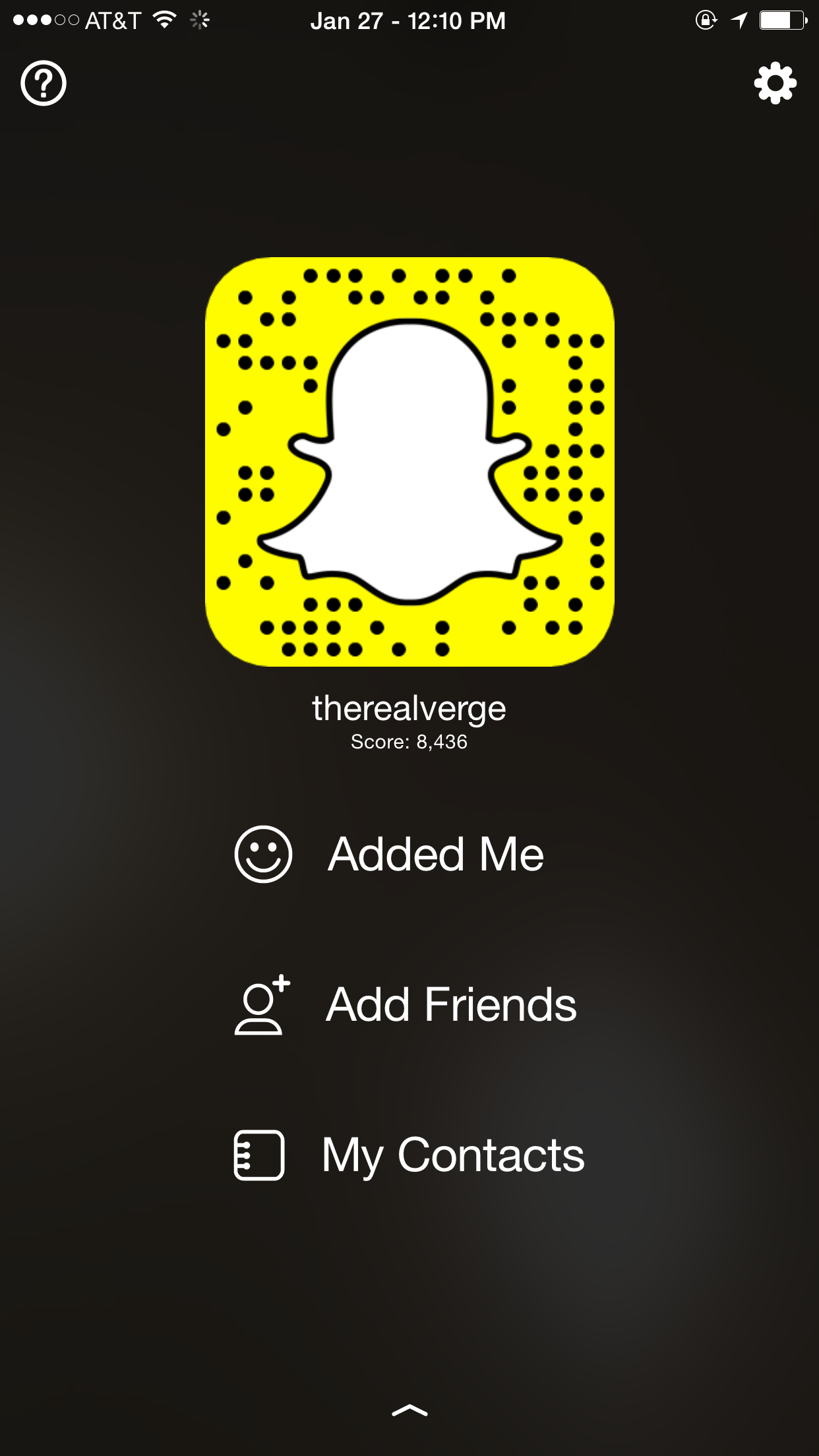 Other features were rolled out today, too. The app now provides you with a contact card view that displays a unique Snapchat logo that other users can use to instantly add you as a contact — much like how a QR code works. The contacts page is now called "Stories," and defaults to only showing contacts who have published a snap to their story in the last 24 hours. All of these features (including Discover) are available in today's update, which is currently available to iPhone users in the App Store.

The app made its name with self-deleting selfies, but Snapchat has been experimenting with the kind of media it provides for a while now. The company piloted its "Stories" feature last year, piecing together 24 hours of pictures to show a day in the life of a visitor to Las Vegas' Electronic Daisy Carnival and Brazil's Soccer World Cup. Despite their difference from Snapchat's trademark disappearing pictures, Stories rapidly became the app's most popular feature.

Although Snapchat has had huge success with its brand — the company is valued at up to $10 billion and has the third most popular social media app behind Facebook and Instagram for 18- to 34-year-olds — it has struggled to make the kind of money it's said to be worth. After reportedly turning down a $3 billion buyout offer from Facebook, Stories and the ad-supported Discover are part of an ongoing effort by CEO Evan Spiegel to make Snapchat as financially lucrative as its monster valuation suggests it could be.

Sean O'Kane contributed to this report.