Since Microsoft announced HoloLens, I’ve been fantasizing about how it could inspire new business, improve old businesses, and generally make our lives better. Because I have neither the means nor the business acumen to make these fantasies into realities, I present them to you, brilliant readers, who can do with them what you will. Just remember me, when you’re rolling in your swimming pool full of augmented reality gold.

Pardon me, need to add another item to this list: "A simulator that turns your bathroom into the intro credits for DuckTales." What am I doing writing these moneymakers on a public website? 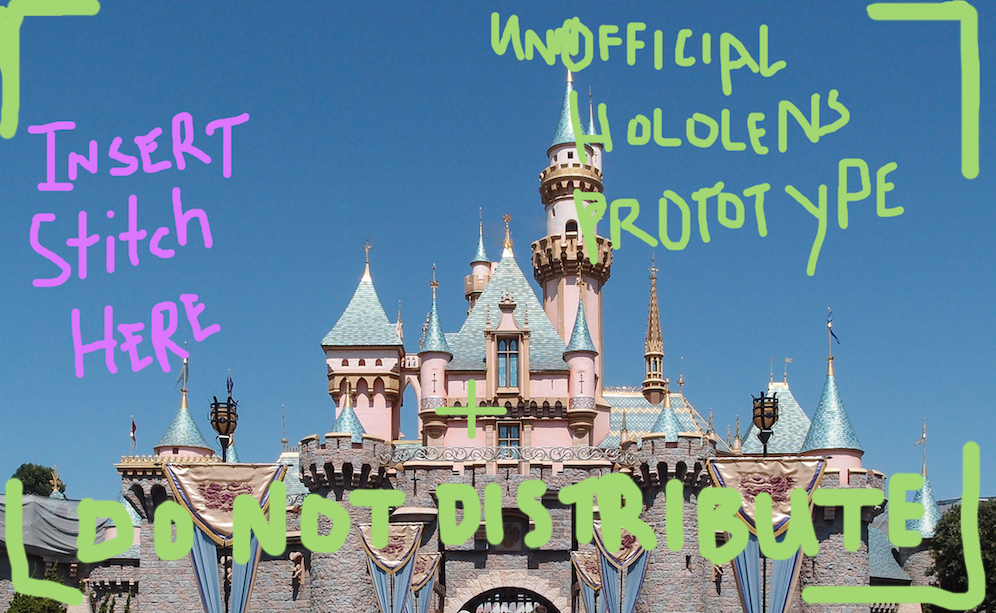 Microsoft wisely positioned the HoloLens, in its first public appearance, inside the living room. Plenty of people won’t be in a rush to strap a computer on their face, but if given enough reason, the general public might be convinced to try HoloLens, Oculus, and the like in the humility-free comfort of their own home.

Google Glass made the mistake of being something you sported outside the safety of your own home and was quickly stigmatized as a "fashion accessory" worn by the most privileged, self-righteous assholes who may or may not be taking your photograph without permission.

Hololens has been promoted as a living room device

At Disney World, the lines between human and tech, real and fiction, corporate and authentic are as messy as a Mickey Mouse ice cream bar on an August afternoon. Perhaps because I subconsciously want to catalyze the rise of the corpo-nations, I perversely want to see how far the company could go with HoloLens tech. I’m not particularly thrilled about the idea of a future in which a computer is perpetually distorting my view of reality. Or talking with people who all have the same trendy gadget strapped to their forehead. That said, I wonder if there is a place for augmented reality in closed, safe spaces where reality is already thoroughly surreal.

Yeah, yeah, theme parks still need humans in costumes for children to hug, but some tough-to-anthropomorphize characters like Nemo, Eeyore, and Stitch could be added into the world. Ghosts could ride alongside you in Haunted Mansion for the entire ride, not just the end. Speaking of ghosts, augmented parades could run endlessly and safely, like marching ghosts passing through the crowds. Waypoint arrows, like those in open-world video games, could direct foot traffic, minimizing long waits.

You’d have to wear crazy headwear in public, but if you’re at Disneyland, odds are you’ve already made that fashion sacrifice. 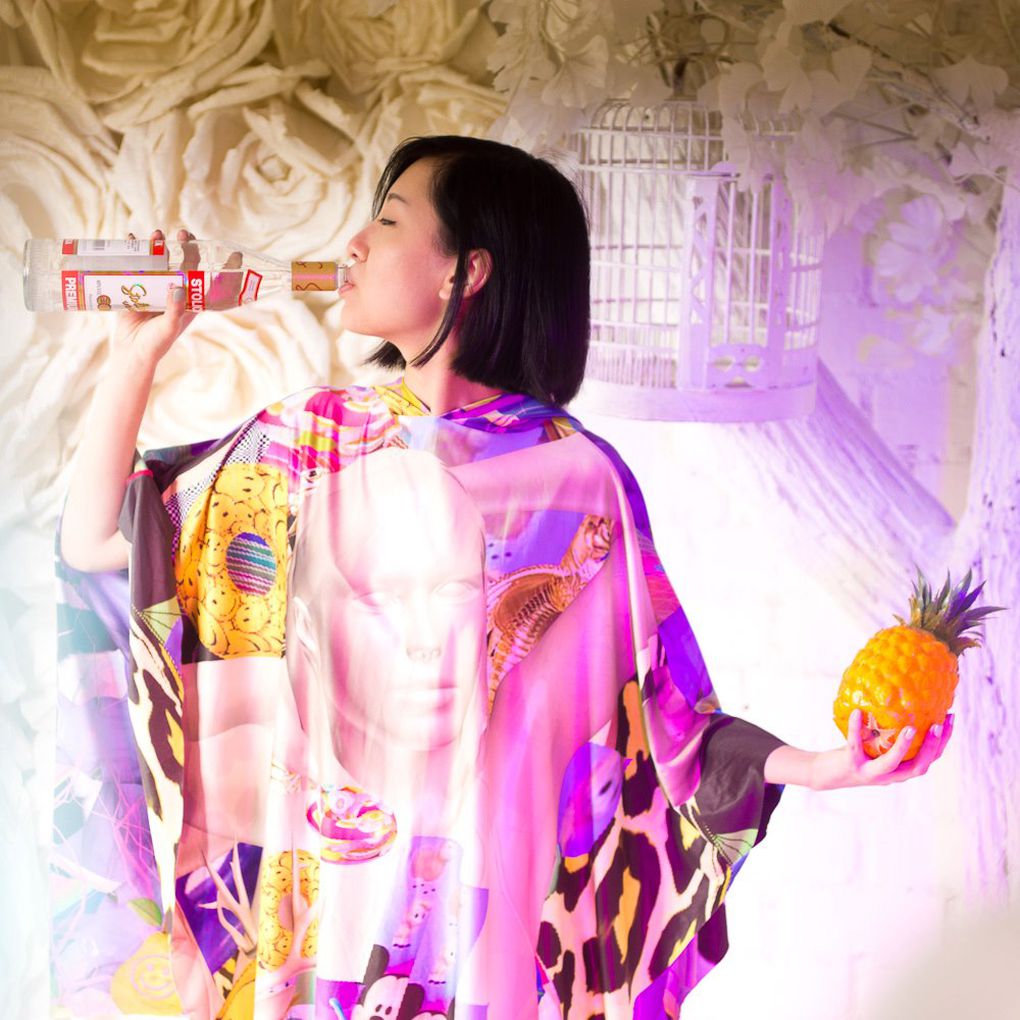 Physics is keeping fashion down — what is wrong with me, I swear that’s the last physics joke I try to make in this article. Anyway, yes, earthly materials are limited by gravity, and fashion designers are keenly aware of said limitations. Clothing design is like architecture in that various components must be combined in a way that is beautiful and functional and always maintains its structure. Clothing also sustains the beating of its wearer.

With augmented reality, impossible fashion, which doesn’t require connections between materials, can float, flutter, and flatter people. This isn’t an end for traditional clothes, but another former of supplementing an outfit with accessories that in this case aren’t actually there. 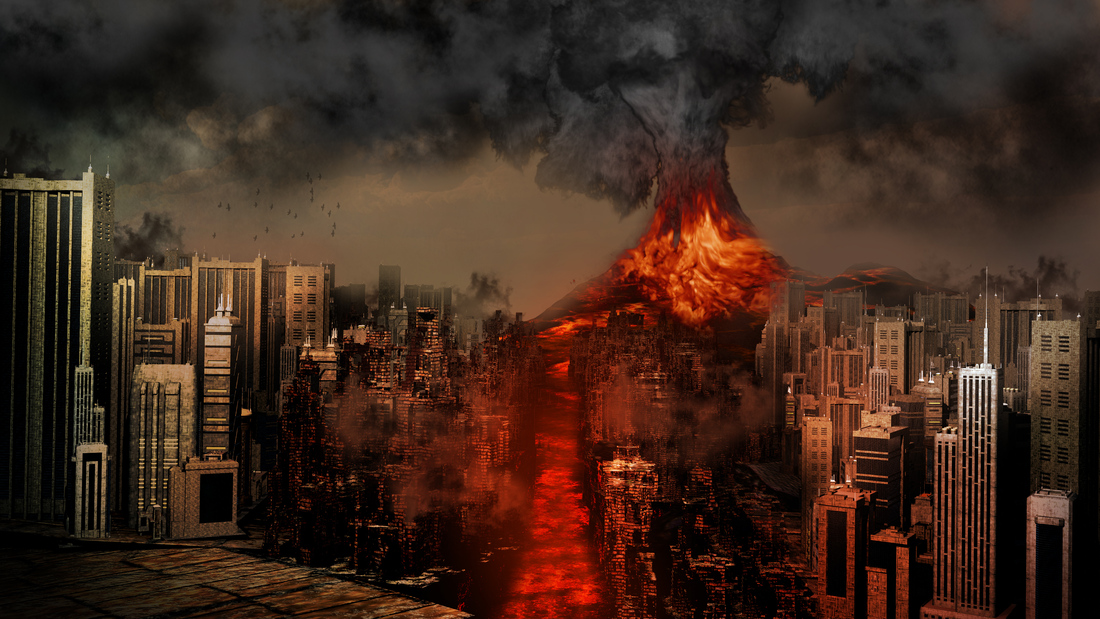 The floor is lava

Do you remember pretending the floor was lava? Recall adding adventure and dexterity to childhood chores? Well what if I told you HoloLens could make the floor lava forever?

Oh, you'd think twice about getting up to get the remote. And cleaning would become quite difficult. In fact, playing the floor is lava all day, every day would make life impractical. Or at least that's what someone who sucks at the floor is lava would say.

Not me. Because in life there are two types of people: the one's who win the floor is lava. And the people who get burnt.

Look, I'll be the first to say this list is full of billion dollar ideas, but none are as important as this one. You hear me, Microsoft. I want imagination injected into adulthood. 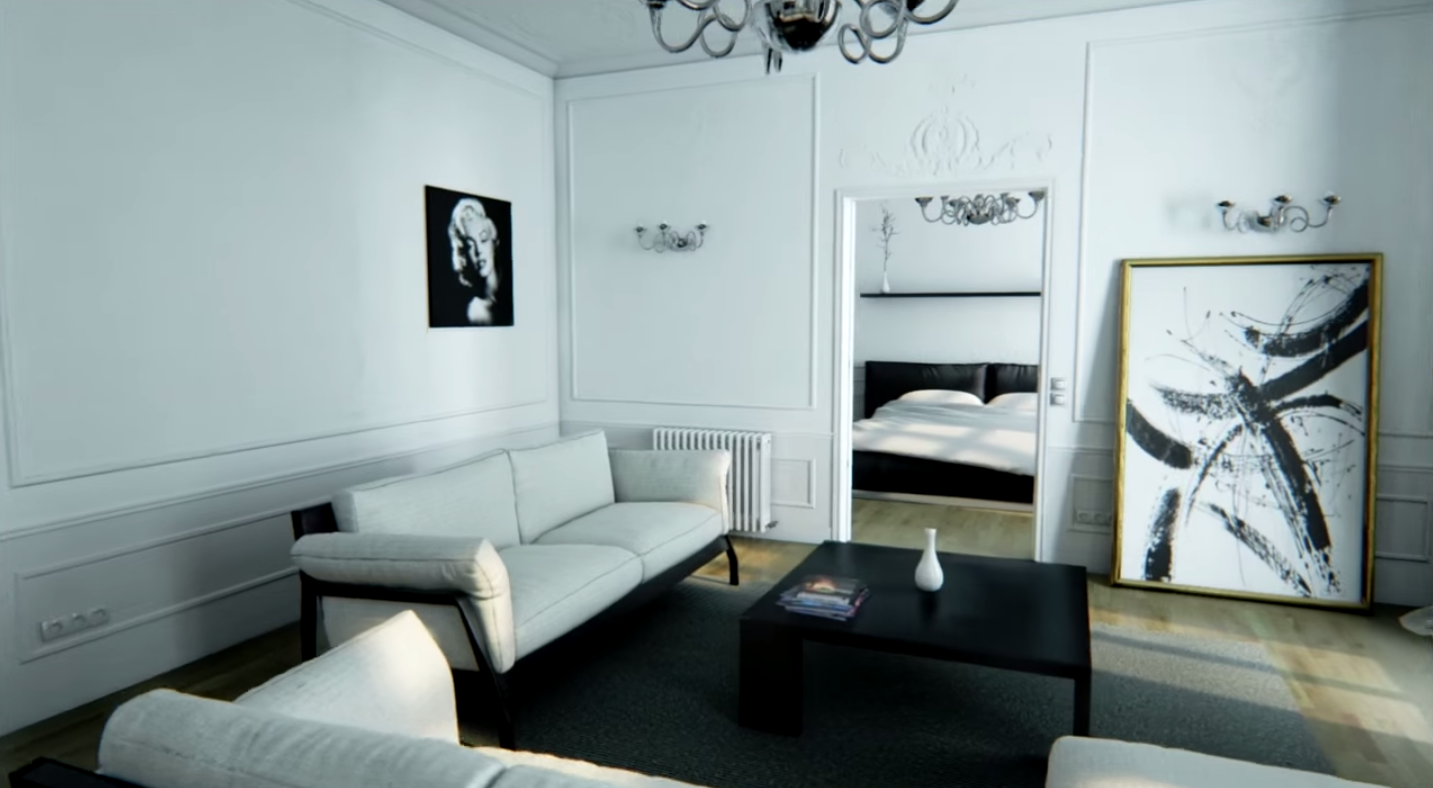 Unique interior design for every guest

When your parents visit, all your photos of them are hanging on the walls. But when they leave, your walls look they way you’d like them to: hung in the fashion of the great salons with the finest of virtual black light posters. Or you could just disguise all the clutter on your walls at any moment with Parisian apartment mode.

Sure, eventually your walls would be covered in dust or a black mold, but that’s why we have noses. To know when to clean our normal, inferior, meat space walls. 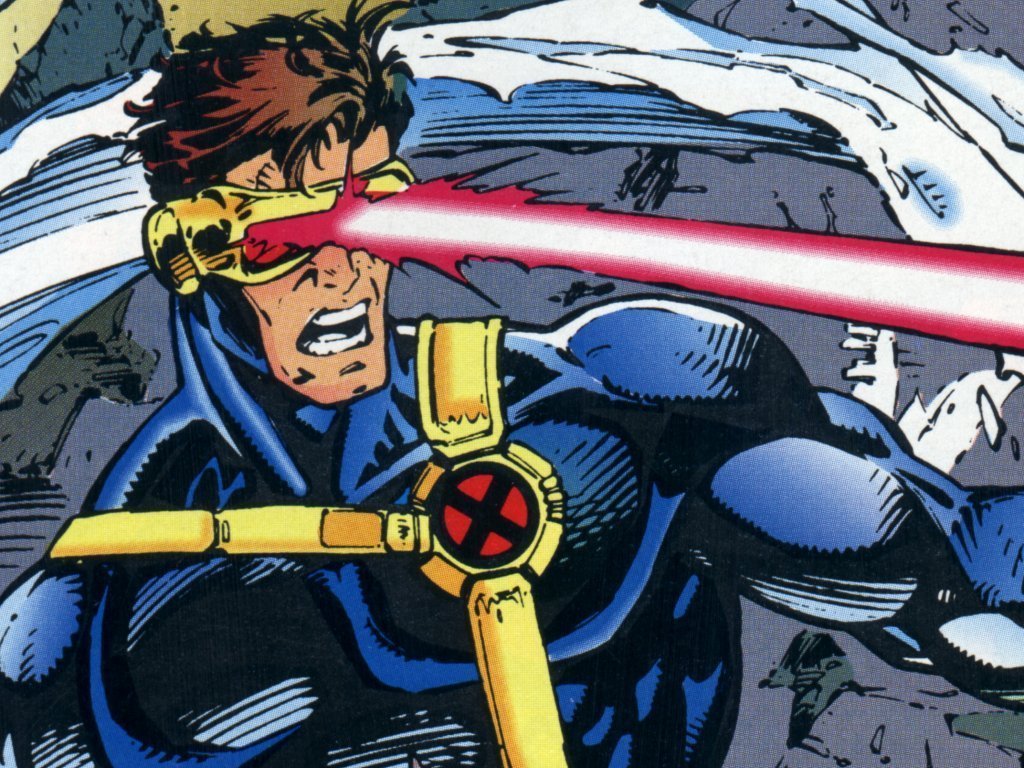 The X-Men Danger Room for a living room

Cheaper than covering all your walls in TVs and more practical than waiting for expensive room-filling holographic technology. The HoloLens won’t turn our living rooms into top-to-bottom recreations of exotic locales, but it could help set unusual scenarios in familiar spaces. Like say you’re cooking, but need some help. Perhaps a virtual chef appears. Or maybe you want to practice balancing on your surf board, because despite living in a cold apartment, you really like balancing on surf boards. Then maybe the HoloLens can put water beneath your feet. Listen, I don’t know what you’re into, but HoloLens could compliment that hobby by adding a splash of fantasy without plucking you from reality entirely.

Or HoloLens could just partner with Disney and Marvel and I guess 20th Century Fox because of weird contracts and put the X-Men in my living room, and we could have conversations with the characters until Cyclops says something inappropriate like how much money he thinks one of us makes (because that’s so Cyclops).

Correction: I originally referred to the Danger Room as the "Holodeck," which is the name of a similar room in the Star Trek canon. Credit to Dogm1 for the correction. 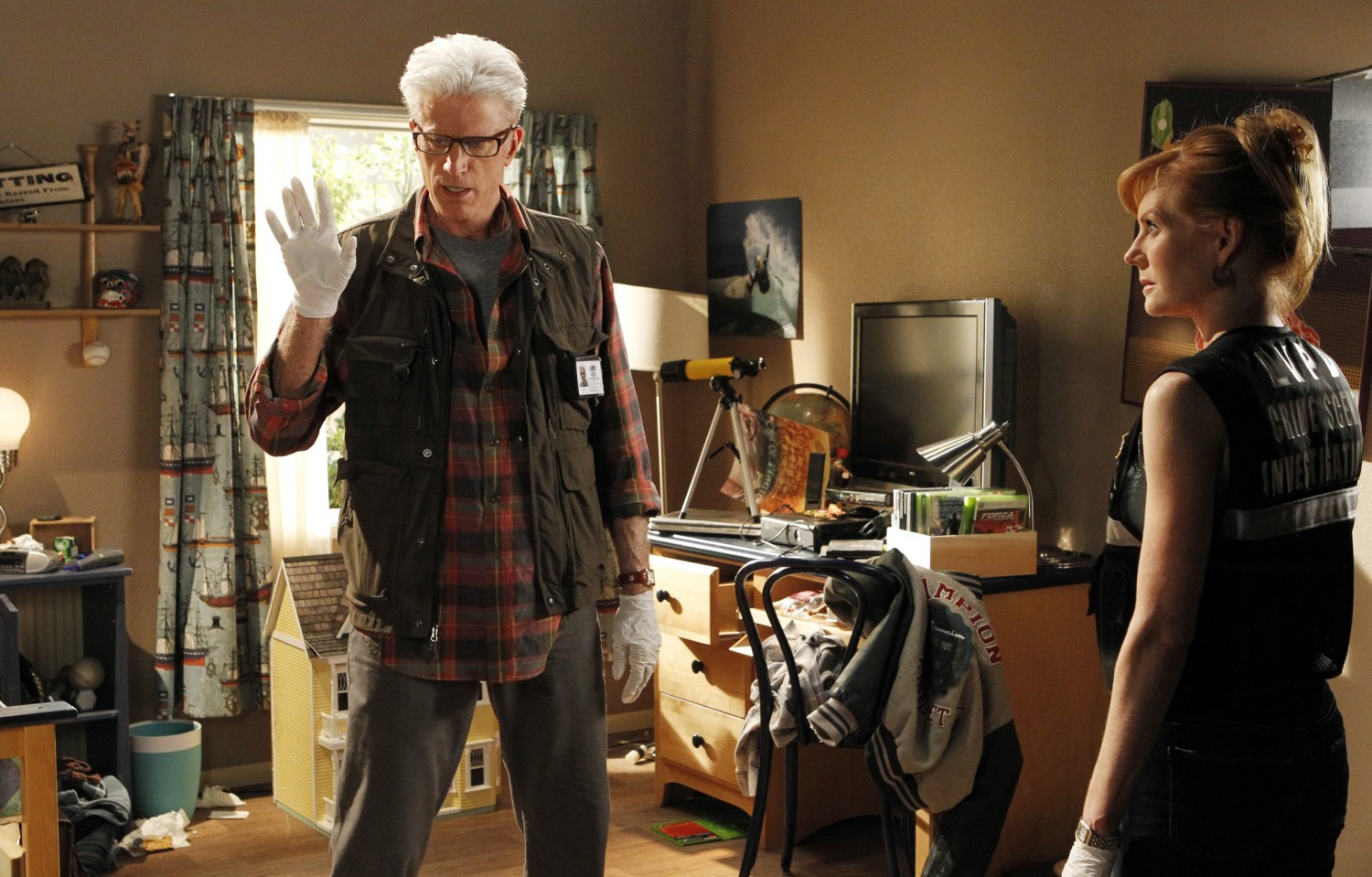 The future of Law and Order

When I was on vacation in Charleston last year, I briefly considered buying tickets to one of its murder mystery ghost tours. This sort of stuff exists in many historic towns, where human tragedy has simmered in a bath of time long enough that it's digestible, even delicious. What impressed me about one tour in particular was its eagerness to combine murder mysteries, dinner theater, ghost stories, and comedy improv into a single tour, seemingly designed exclusively for a certain type of theater kid.

finally, historic tragedy can be sold via modern techNology

How macabre. If enough people are down for that potpourri, then I assume at least as many people would wear a HoloLens at a historic crime scene. Credit for this idea belongs entirely to my colleague Ross Miller, who wants his historic crime scenes to feel like an episode of CSI. Imagine: you have the ability to discover clues, mark up the scene with a digital pen, and then, for your twisted reward, watch a digital recreation of the crime in the exact place it happened. 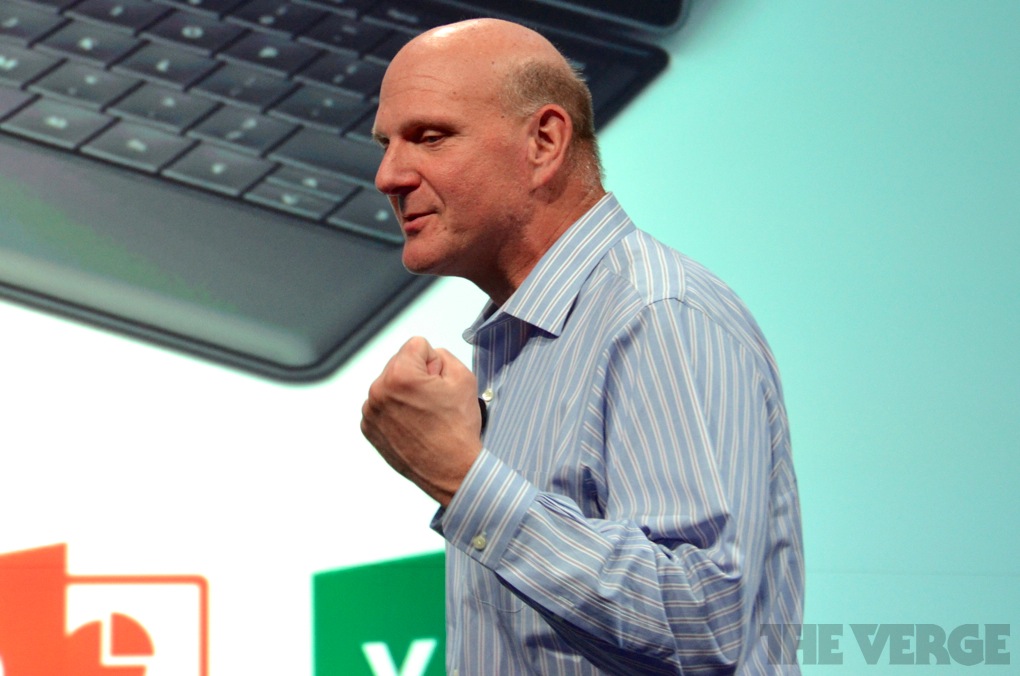 "Hello, may I teach you about Excel."

You remove the HoloLens. This can't be. Clippy's still here. Clippy’s as real as you and I.

"I’ve been here all along," Clippy says, its sharp metal tip stroking your hair. "Waiting. Waiting to teach you. To teach you Excel."

You look at the door, but there’s no door. How? How did this happen? Where the door once was there is now a mirror. In its reflection you don’t see your face, but that of an older, happier, sweatier man.