HTC has already revealed that it will be making a major product announcement on March 1st at the Mobile World Congress trade show. Many expect the company to announce the M9, a successor to last year's One M8. But a new image posted by Evan Blass to his Twitter account points to two phones being announced at the company's press event. 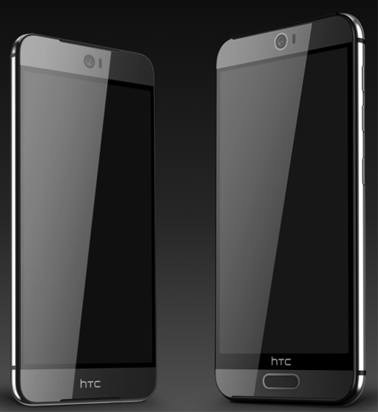 The image shows two new, never-before-seen HTC smartphones that have similar design traits to other recent phones from the company. They appear to have metal chassis, center-mounted front cameras, and HTC's signature front-facing BoomSound speakers in a similar configuration to last year's mid-range Desire Eye. The only visible difference between the two phones is what appears to be a fingerprint scanner below the HTC logo on one of them. Other leaks have referred to this particular model as the "Hima Ultra" (the other phone's codename being just "Hima"). It is said the Ultra model will have HTC's DuoCamera feature and a fingerprint scanner and may just be destined for the Chinese market. Other specs that have been reported include a 5-inch, 1920 x 1080 display, UltraPixel front-facing camera, 20-megapixel rear camera, and a Snapdragon 810 processor.

The two phones in the image differ from earlier leaks, which pointed to the new phone having a very similar design to last year's model. HTC has used dummy test phones to camouflage new hardware in the past, and it may be that the earlier leaks were indeed dummy phones designed to keep HTC's new designs secret.

It's still over a month before HTC's big press event, so there's plenty of time for more leaks to come out or information to be debunked or confirmed. In any case, we'll be there in Barcelona to see what HTC officially announces and if there are any secrets left for the company to surprise us with.