The Weekender: on Kegels, Comcast, and Super Bowl Sunday

Share All sharing options for: The Weekender: on Kegels, Comcast, and Super Bowl Sunday

Hello fellow weekend-goers, and welcome back to The Weekender. The week's big news sent to Sundance and into space on NASA's nickel — and we'll certainly be catching you up on anything you might've missed — but we'll also be setting you up for a stellar weekend back on this terrestrial plane. So sit back and take a journey with us. We promise you can film the whole thing on an iPhone 5S.

Tonight, NYC's Beacon Theater plays host to Video Games Live, an annual event that features professional orchestras and choirs playing classic themes from classic video games, including the likes of The Legend of Zelda and Halo. Fans come from all over cosplaying as their favorite characters, so it sounds like a good way to get out of the cold for a night. 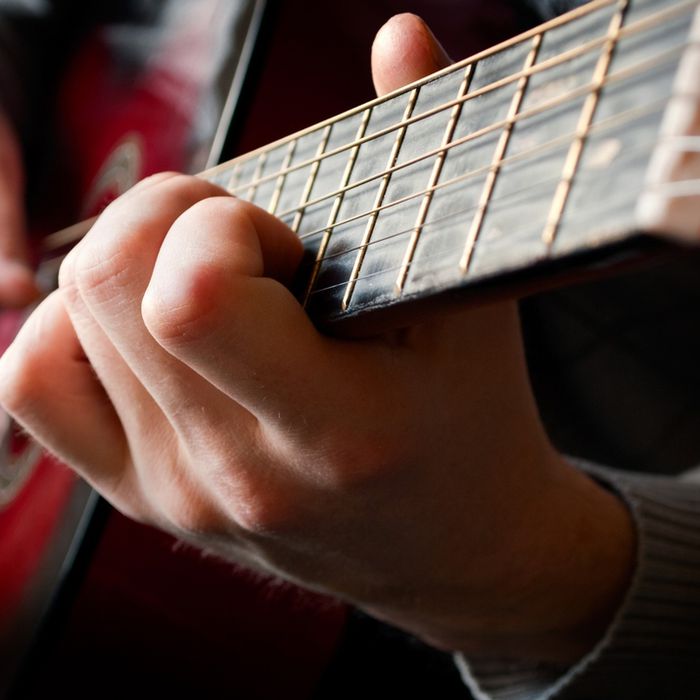 I tried a vibrating ‘smart Kegel exerciser,’ and it hurt like hell

kGoal is an intriguing mixture of health and tech that's meant to help women strengthen their pelvic muscles. That means this small device could be used to address a big health issue — but it turns out, the kGoal makes for far from an easy exercise. 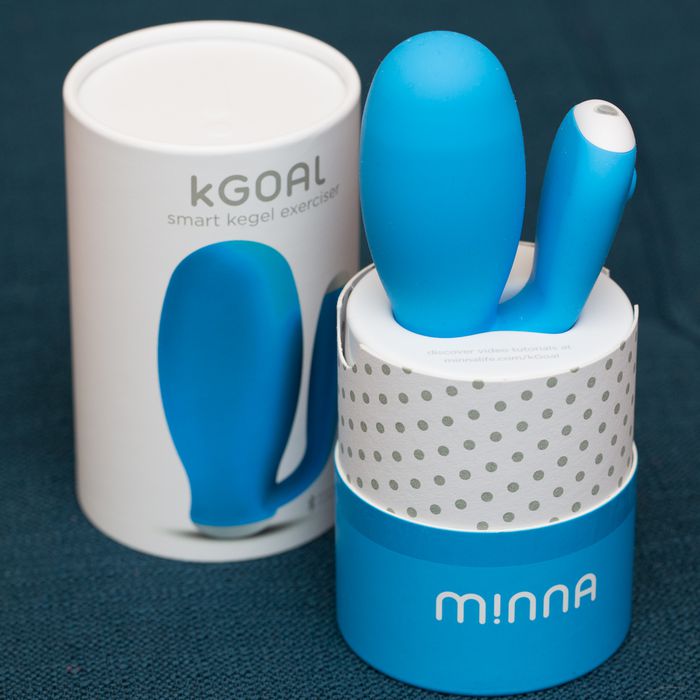 Comcast is having a hard time finding support for its merger with Time Warner Cable, but it's happy to help out anyone who'll lend their name. We discovered that some of the political world's most glowing endorsements were actually written by Comcast itself. 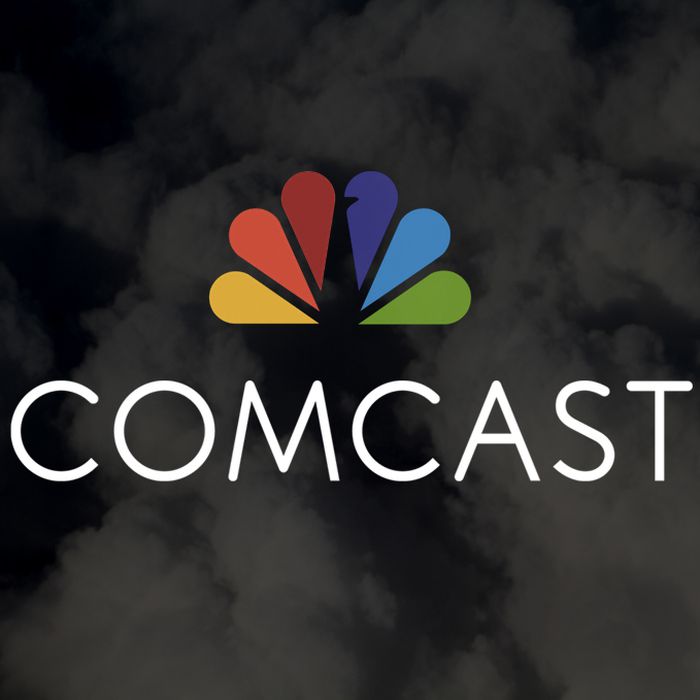 I saw a rocket launch, and now I'm in love with NASA

Space exploration is coming back in a big way, and there's no better way to get excited about it than by watching NASA send a huge rocket tens of thousands of miles above the earth. We were on hand for the Atlas V launch to watch it all unfold. 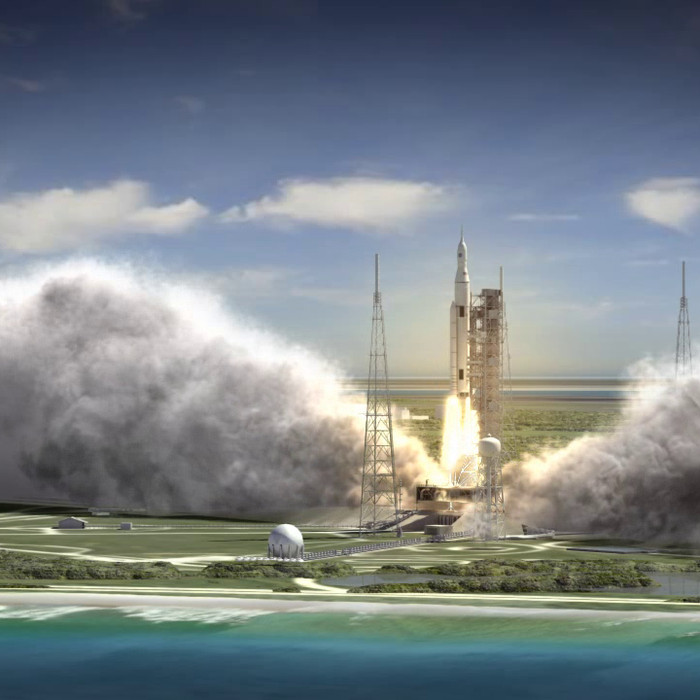 All sports everything: Inside the studio where ESPN is betting billions on the future of sports

ESPN has always pledged to deliver sports coverage anywhere that sports fans are, but that's increasingly on their phones, on Twitter, on Snapchat, and on other new platforms — not on TV. We spent time at ESPN HQ to see how the network is preparing to bring you the biggest sports news everywhere you go. 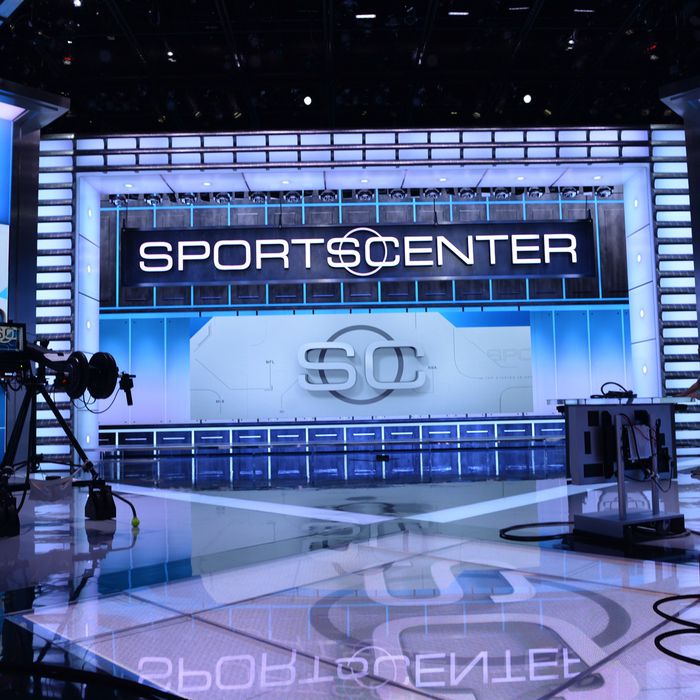 How do you shoot a gorgeous feature film using an iPhone as the camera? We spoke with the director of Tangerine, one of Sundance's breakout hits, about what it took to make the tiny phone stand in for a professional camera. The answer? Not all that much. 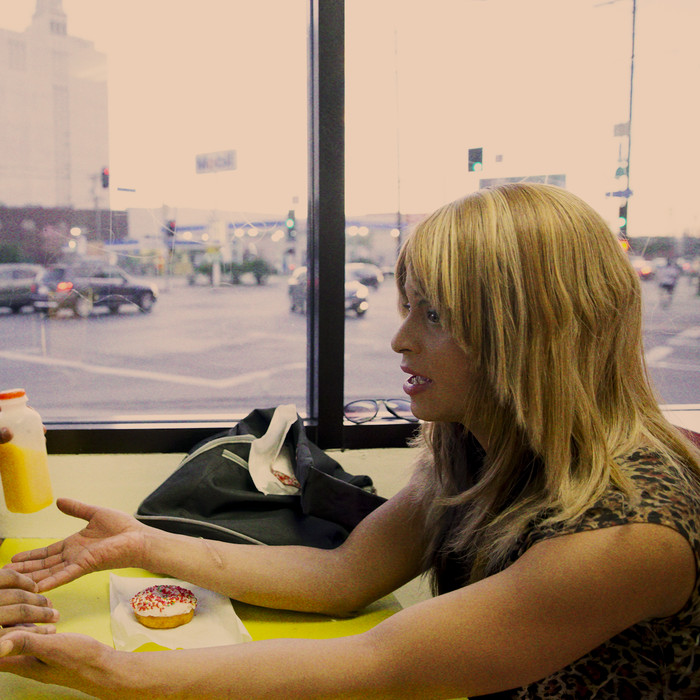 Motherboard
Brian Merchant dives deep into the rise and fall of Carles, the single-monikered blogger behind one of the most revered and hated blogs of the 2000s: Hipster Runoff.

In other words, the alt scene that Carles was parodying was transitioning from a niche to the norm online—hipsterism didn’t die, it just became impossibly evenly distributed. Music festivals boomed into a billion dollar industry. Indie bands could barely be considered ‘alternative’ to anything. And barbed irony became the norm, the predominant sentiment of the ‘professional’ blogging class. 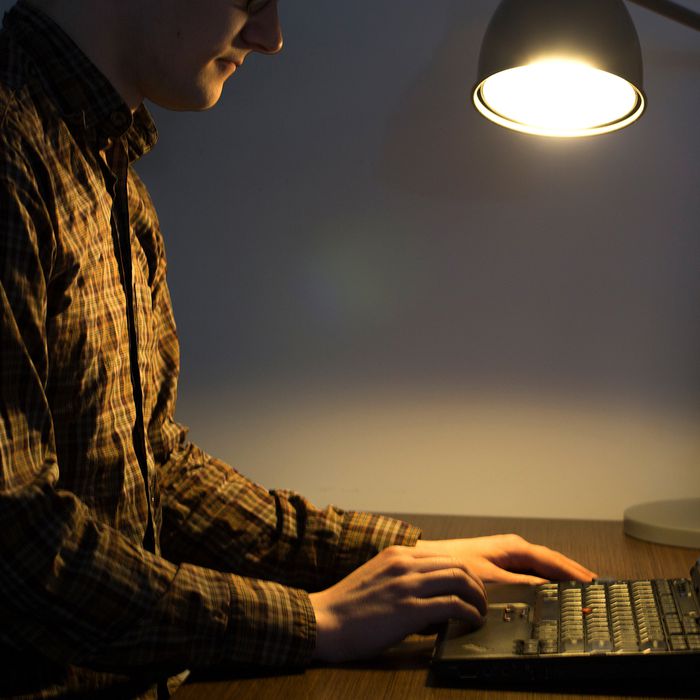 Mad Men: Inside the Men's Rights Movement — and the Army of Misogynists and Trolls It Spawned

Mother Jones
Mariah Blake speaks with Warren Farrell, an ex-feminist who became the father of the "men’s rights movement."

Later in the evening, a man named Kevin sidled up and grabbed my hand. His breath smelled of alcohol and he was twitching and swaying within inches of my face. He told me a rambling story about a woman he dated who had put another man in prison on false rape charges. He claimed to have landed in jail for a week himself over phony abuse allegations. "Magically, your soon-to-be ex-wife finds an attorney," he said, "and it's basically all lies from then on." With a note of triumph, he added that he left his job as a program manager for Microsoft around his 2008 divorce to avoid paying taxes to a "corrupt government" he believes coddles women at men's expense. 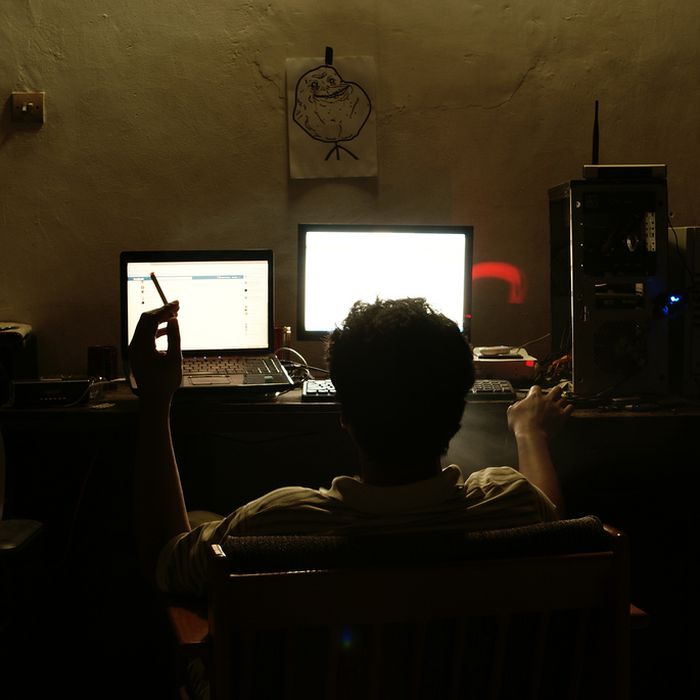 The Pursuit of Beauty

The New Yorker
Alec Wilkinson profiles Yitang Zhang, a calculus professor at the University of New Zealand, who, in 2014, solved a math problem that had been open for more than 150 years.

"Sometimes, if it was busy at the store, I helped with the cash register," Zhang told me recently. "Even I knew how to make the sandwiches, but I didn’t do it so much." When Zhang wasn’t working, he would go to the library at the University of Kentucky and read journals in algebraic geometry and number theory. "For years, I didn’t really keep up my dream in mathematics," he said.

"You must have been unhappy."

He shrugged. "My life is not always easy," he said. 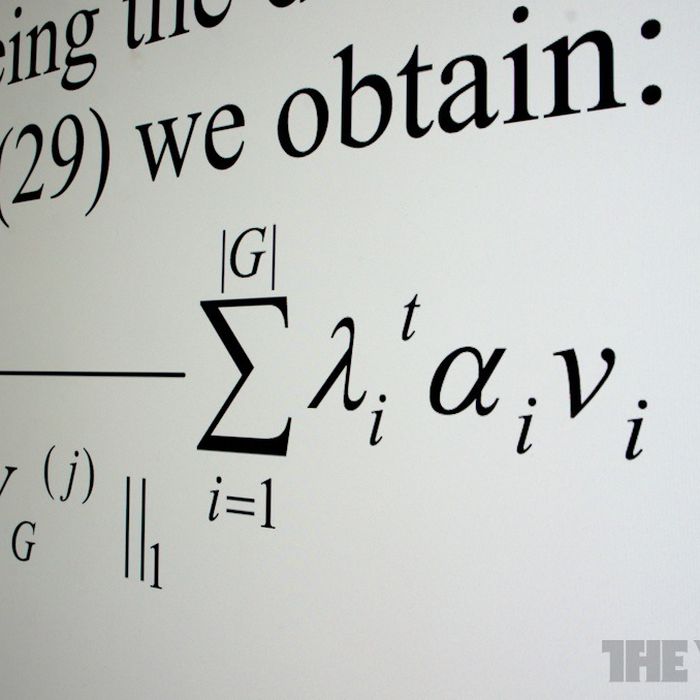 GQ
Amy Wallace explores the final days of American radio DJ Casey Kasem. Against his doctors' wishes, Kasem's wife Jean transported him from Santa Monica to Las Vegas to Seattle — while he was on his deathbed.

It's hard to imagine what Jean was thinking. Best case? She was somehow in denial about the sorry state of her husband's health and hoped a weekend getaway would bring him happiness. The worst case: She was on the run, determined to hide his deteriorating physical condition, now exacerbated by neglect. By the time she chartered a jet to Seattle on May 13, Kasem was malnourished; according to court documents, she had attempted to feed him by pouring Ensure, a nutritional supplement, into his feeding tube. Back in California, he'd had no open wounds. Now he had a painful new bedsore on his coccyx, bigger than a saucer, and a urinary-tract infection. 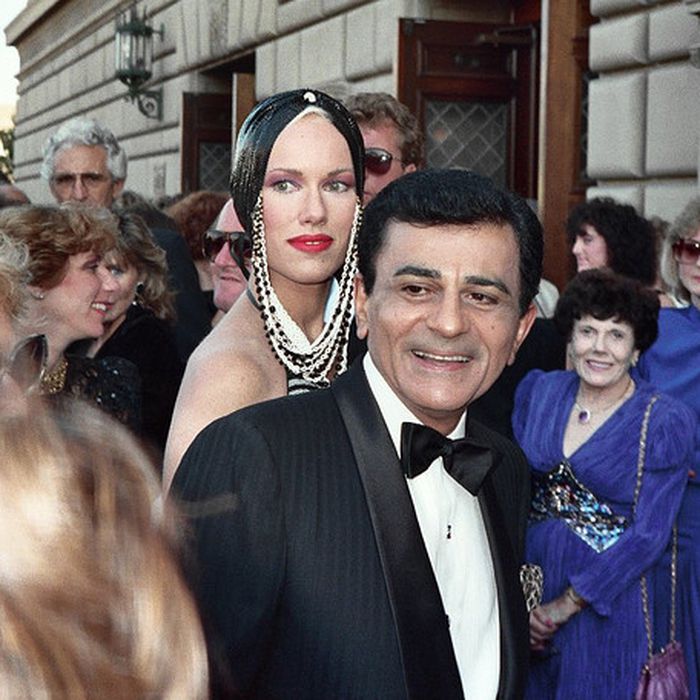 The New Republic’s Legacy on Race

The New Republic
Jeet Heer charts a history of racism at The New Republic, noting the ways in which its perceived liberalism has been used to mask its questionable politics.

Over the last few months, following The New Republic’s centenary anniversary and a staff shake-up, a perceived legacy of racism in the magazine has been the topic of intense arguments, mostly carried out online. In the wake of the debate, vexing questions demand answers: How do we reconcile the magazine’s liberalism, the ideology that animated the Civil Rights revolution, with the fact that many black readers have long seen—and still see—the magazine as inimical and at times outright hostile to their concerns? 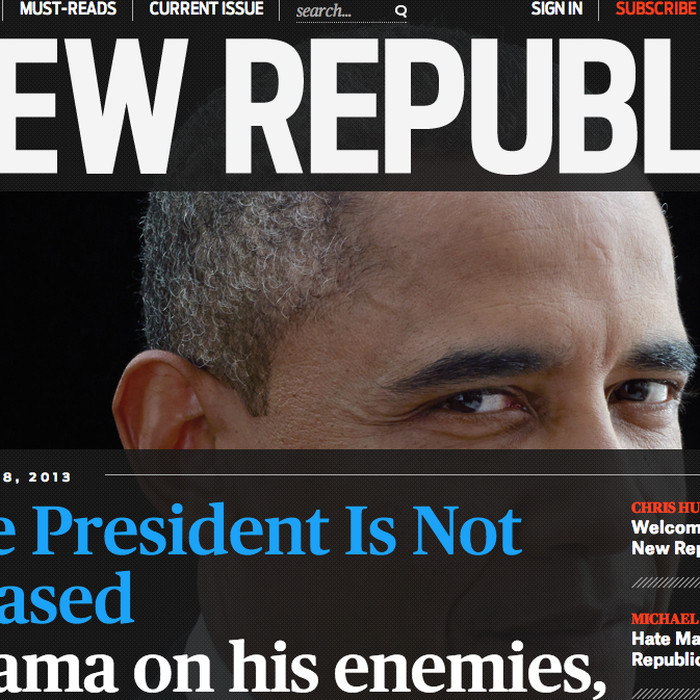 Lupe Fiasco has fallen out of the limelight since the days of his third studio release, Lasers, but the rapper can still put pen to paper and craft some of the most nimble, acrobatic lyrics in the game. After even a short listen, you can tell that Tetsuo & Youth is already his strongest release since The Cool. It took Anonymous to push Atlantic to finally get this record out the door, and we're grateful it's here.

This group of Aussies signed to Merge Records last year, and their first release for that label is a collection of sweetly self-deprecating pop.

The Big Game is literally hours away, so let that serve as a reminder to you that Madden 15 happens to be one of the finest entries in the long-running Madden franchise in years. It's polished, it's deep, and it's fun. While away some time before you hunker down for Sunday.

The Work of Akira Kurosawa

Yes, we know what the big draw is this weekend. But never think that there isn't time for something a little off the beaten path. For those who've never enjoyed the work of Akira Kurosawa, take some time to dive in before the Sunday madness. But here's a project: Tony Zhou over on his YouTube channel Every Frame a Painting invites us to look for the simple yet effective ways Kurosawa used geometry in his films. Think about how lines and shapes are used in the frame's composition to speak to the plot. It's really fascinating. Give it a try.