You've heard of the Xbox, now meet the OBox

Share All sharing options for: You've heard of the Xbox, now meet the OBox

You probably aren't familiar with Snail Games. Though the company is massive in China, having expanded from a browser-based MMO developer to both hardware manufacturer and the nation's fifth biggest cellphone service provider, it's only made small advances into the US gaming market. That could change if its sudden and substantial play at the home console and portable gaming market is well received.

At CES 2015, the multi-headed video game manufacturer has shown the OBox and the W 3D, both Android systems designed to play video games.

The OBox is a meaty Android home console powered by the Nvidia K1 processor, the same seen in Nvidia's Shieldtablet. Snail plans to allow retailers to sell many variations of the hardware. Options will include two different processors, two different HDMI set-ups, and four hard drives ranging from 500 gigabytes to 4 terabytes. The parts are interchangeable, allowing for owners to make upgrades down the line.

All OBoxes will output 3D and 4K video, and Snail Games is in the process of porting its popular PC games to the device. According to a US representative, the MMO Age of Wushu has between 5-6 million active users a month — most of them in China. 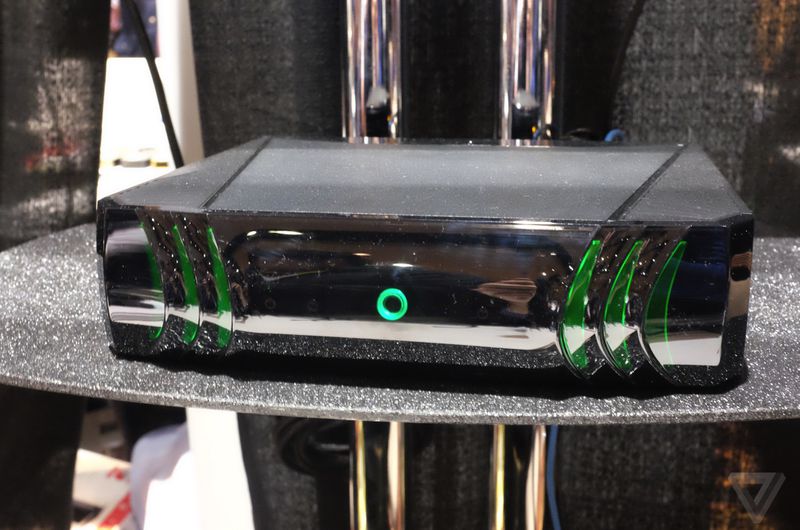 The W 3D smartphone could entice game lovers who want a handheld that splits the difference between a serviceable Android phone and a PlayStation Vita. The phone has four face buttons, two joysticks, a directional pad, a touch screen and — in a mark above the Vita — four shoulder buttons. It also has a glasses-free 3D display that uses eye-tracking technology. The 3D was spotty, but the 5.5" display itself looked quite good.

Games, running on an 8-core MTK6595/2.2GHZ CPU, also looked comparable to what was running on the OBox. With solid graphics and controls, the W 3D likely be welcomed with open arms by the emulation community.

The phone will retail unlocked, though Snail Games is in talks with cell phone providers for future hardware. It has all the other features you'd expect from a phone, like Bluetooth 4.0, 4G LTE, and front and back facing cameras.

Snail Games plans to release both the OBox and W 3D in China in Q2 2015 and in US and Mexico in Q3 2015. Though retail prices aren't yet available, a representative said they could range from $99 to $499 depending on the model. The prospect of a $99 Android console that display 3D and 4K video is, on its own, worth paying attention to.

Making a play at the already crowded and competitive video game market is a bold move to say the least. Doing so with Android hardware and an Nvidia processor that could be outdated by release makes the gamble even riskier (Update: shortly after we published this story, Nvidia announced the improved Tegra X1). But Snail Games has a knack for accomplishing incredible feats. It's expanded from browser developer to mobile provider in one country; comparatively, releasing a video game console doesn't sound quite so impossible.