When Google launched its Android TV software in June of last year, part of the big announcement was the promise of a new gaming micro-console produced by respected peripheral maker Razer. Today, that device has been fully detailed and specced out: the tiny Razer Forge TV runs Android TV on a quad-core Snapdragon 805 processor, costs $99.99 ($149.99 with a controller), and will ship in the first quarter of 2015.

With an Adreno 420 GPU, 2GB of RAM, and 16GB of onboard storage, the Forge TV is scarcely distinguishable from the typical Android smartphone's specs, though it's designed to make the most out of them in the living room context. At its base price of $99.99, the device is unimpressive: you don't even get a physical remote control and have to rely on the Android app to control streaming to the box, which is almost the exact same size as an Apple TV. But that's not really the Forge TV that Razer wants to sell. Instead, the company would like everyone to step up to the $149.99 bundle with its newly introduced Serval Bluetooth controller, which makes gaming on the Android TV that much more pleasurable and also includes what may turn out to be the Forge TV's killer feature: game streaming from your PC.

Razer's Cortex Stream service will let you remotely play any game from your PC on the Forge micro-console. Unlike Nvidia’s game streaming for the Shield and Shield Tablet, which is limited to GeForce graphics cards, Cortex Stream supports both Nvidia and AMD chipsets and can handle your entire games library, including stuff from Steam, Origin, Battle.net, and Uplay. It’s launching in beta soon and supports 1080p streaming with what Razer CEO Min-Liang Tan says is an essentially lag-free experience. You'll be able to get the benefit of it if you buy the Forge + Serval bundle, the Serval controller by itself ($79.99), or the other new addition to Razer's budding range for the living room: the folding Turret lapboard, which costs $129.99.

Razer’s goal with the Forge TV is to build a uniquely awesome ecosystem around a relatively basic entertainment hub. The company has adapted its Sabertooth Bluetooth controller for Xbox and turned it into the Serval gamepad. It’s designed for Android but works across a broad range of platforms, including Steam Boxes, and also comes with a clip that will let you attach your phone to the top of it and convert it into a sort of makeshift Nvidia Shield device.

To make the most out of streaming from the PC, Razer is introducing another new peripheral today: the Turret Lapboard. This keyboard and mouse combination tries to solve the age-old problem of playing games that require traditional PC inputs — such as the hugely popular Dota 2 and League of Legends multiplayer titles — by bringing those exact controls to the couch. A magnet keeps the mouse from falling off its tracking surface, and the whole set is designed to be compact and comfortable enough to simply rest on your lap. The Razer Turret isn’t cheap at $129.99, but could make for an excellent combination with Cortex Stream, quite aside from the Android gaming capabilities that the Forge TV offers.

At CES, we got a quick look at the Forge TV, including the controller and keyboard. They're both comfortable, solid designs for the most part, especially the keyboard — it feels like having a screenless, extra-wide Razer Blade on your lap, with a magnetized pad that stops your mouse from sliding off the keyboard but doesn't impede its motion. The controller isn't quite as unique, but it mostly does its job well: the analog sticks and triggers are firm and snappy, though the D-pad is a bit mushy and the face buttons inexplicably click instead of pressing.

Razer is one of the best-known names in PC gaming peripherals, but today is all about the company expanding its horizons. The small and humble Forge TV marks Razer's presence in the living room, though it'll be up to the Serval controller and the Turret Lapboard to prove the micro-console's value. All the new products announced today and the Cortex Stream game streaming service will be available in the first quarter of this year.

Adi Robertson contributed to this report. 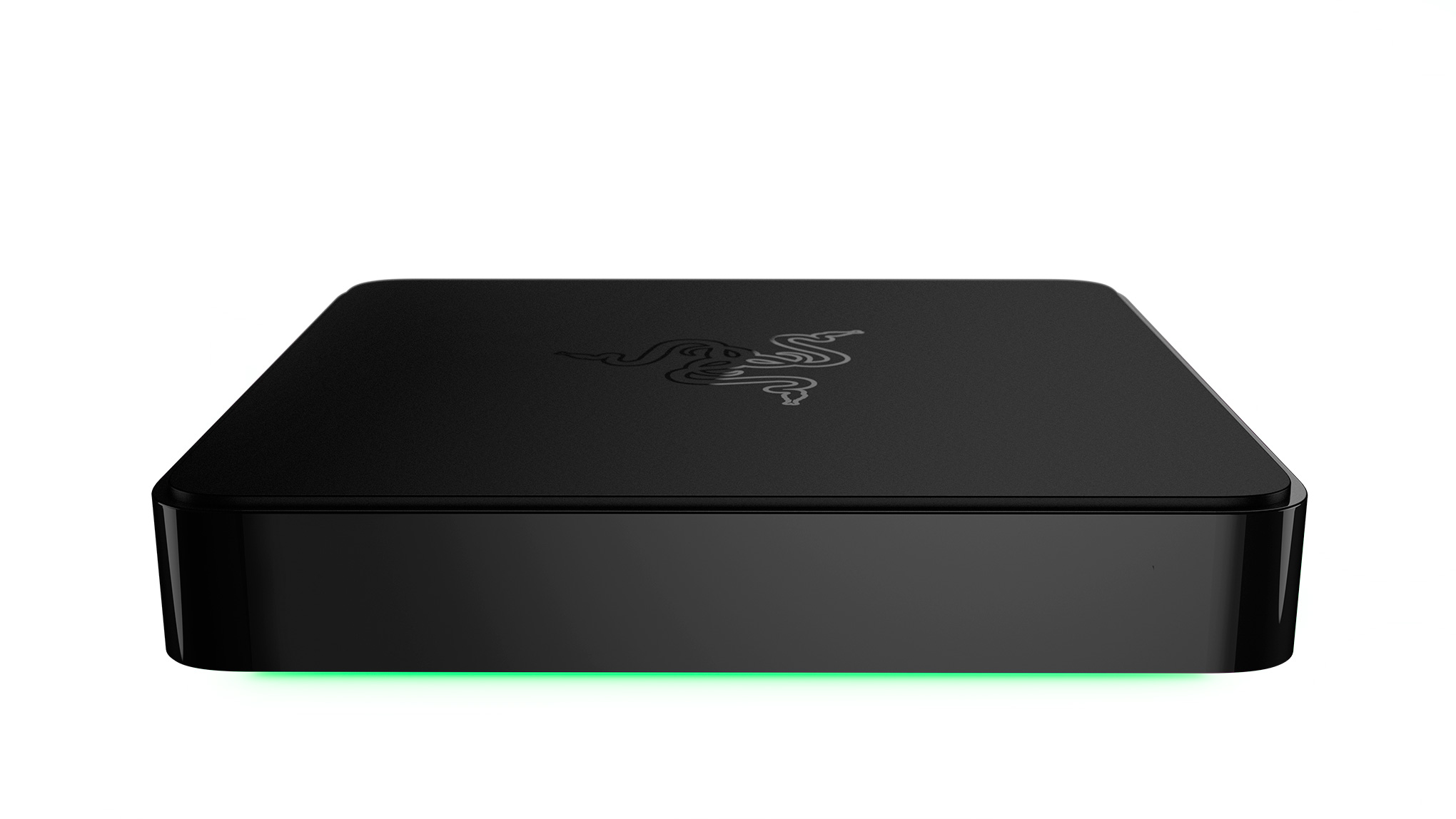 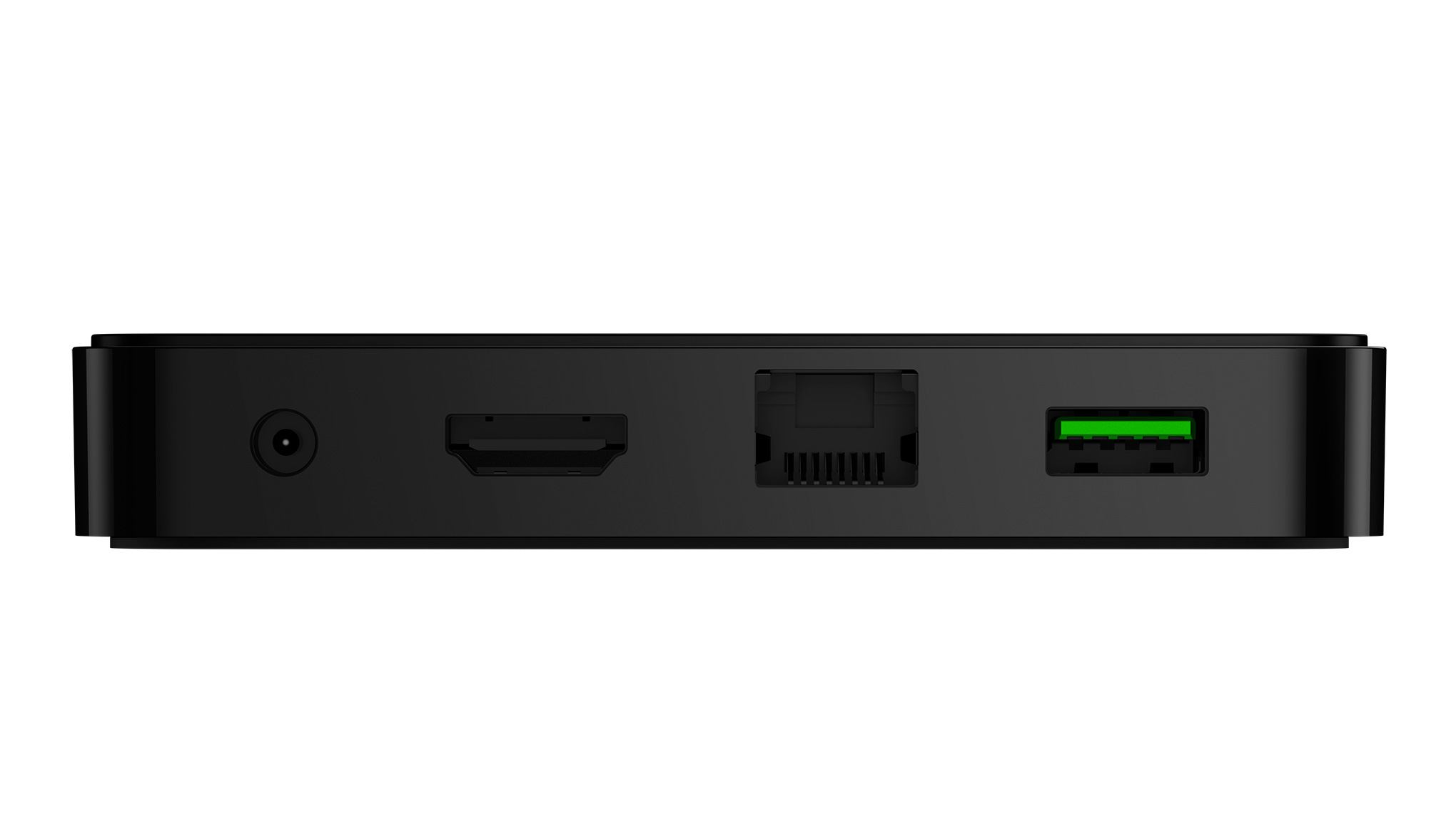 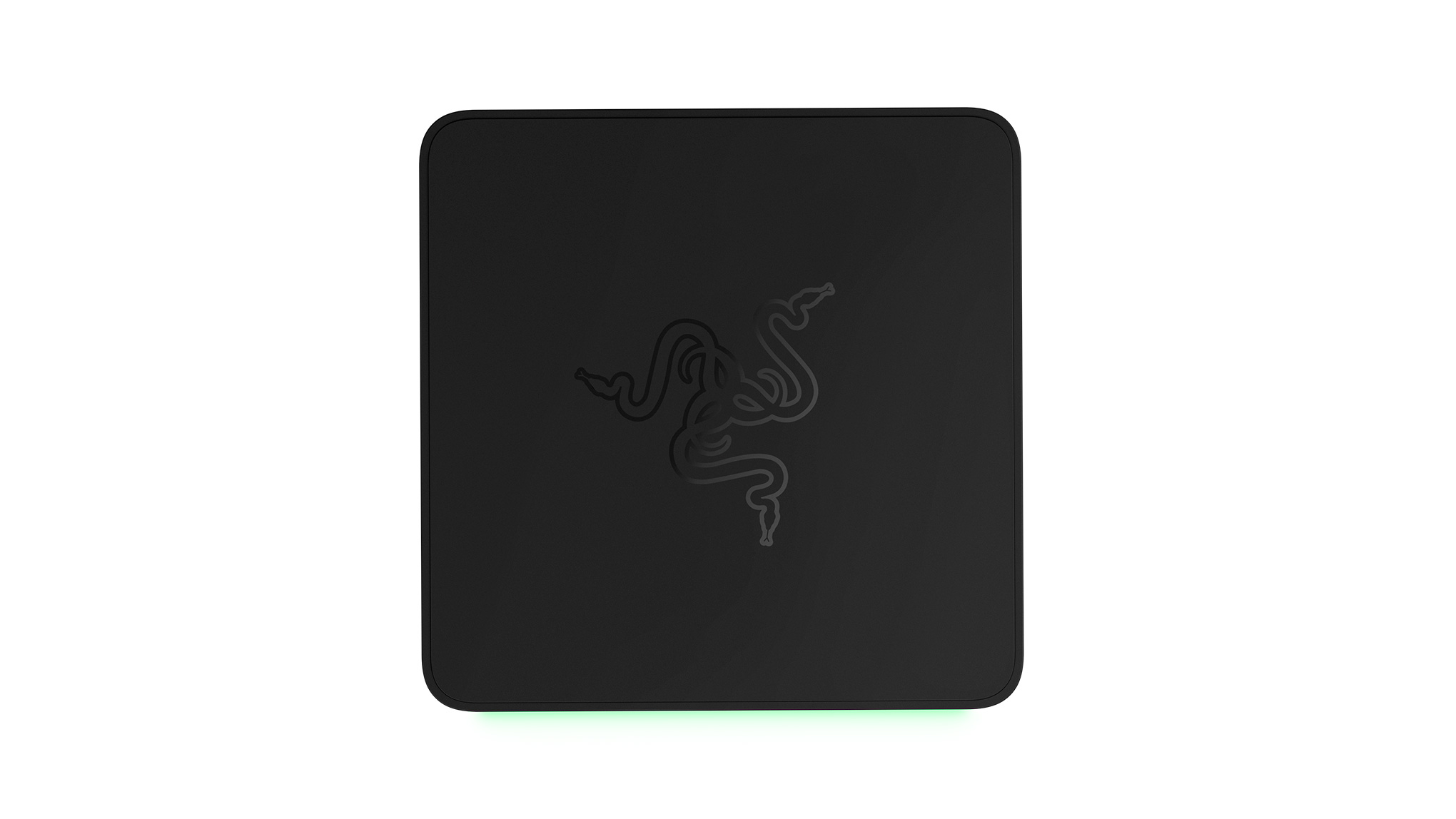 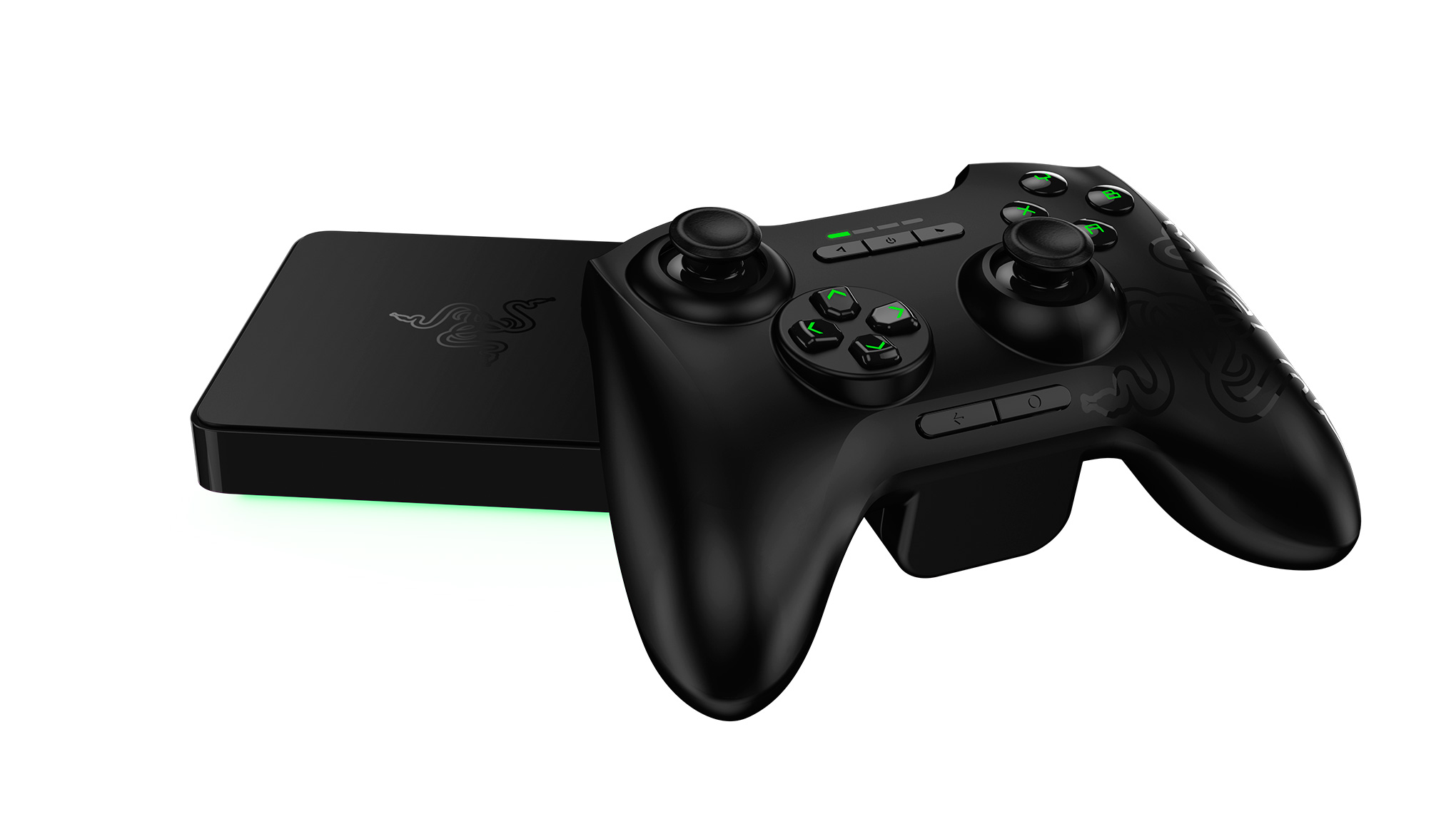 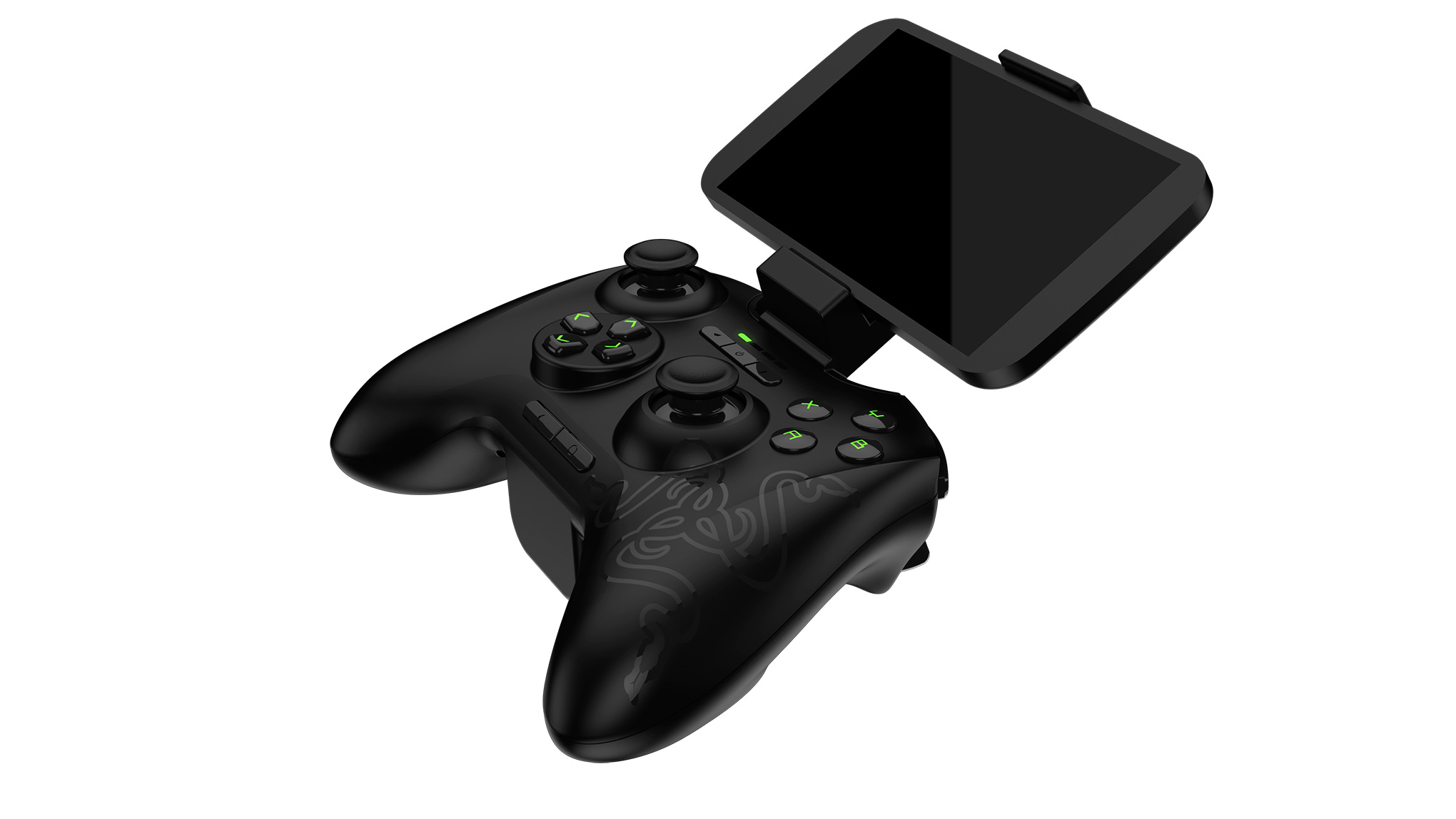 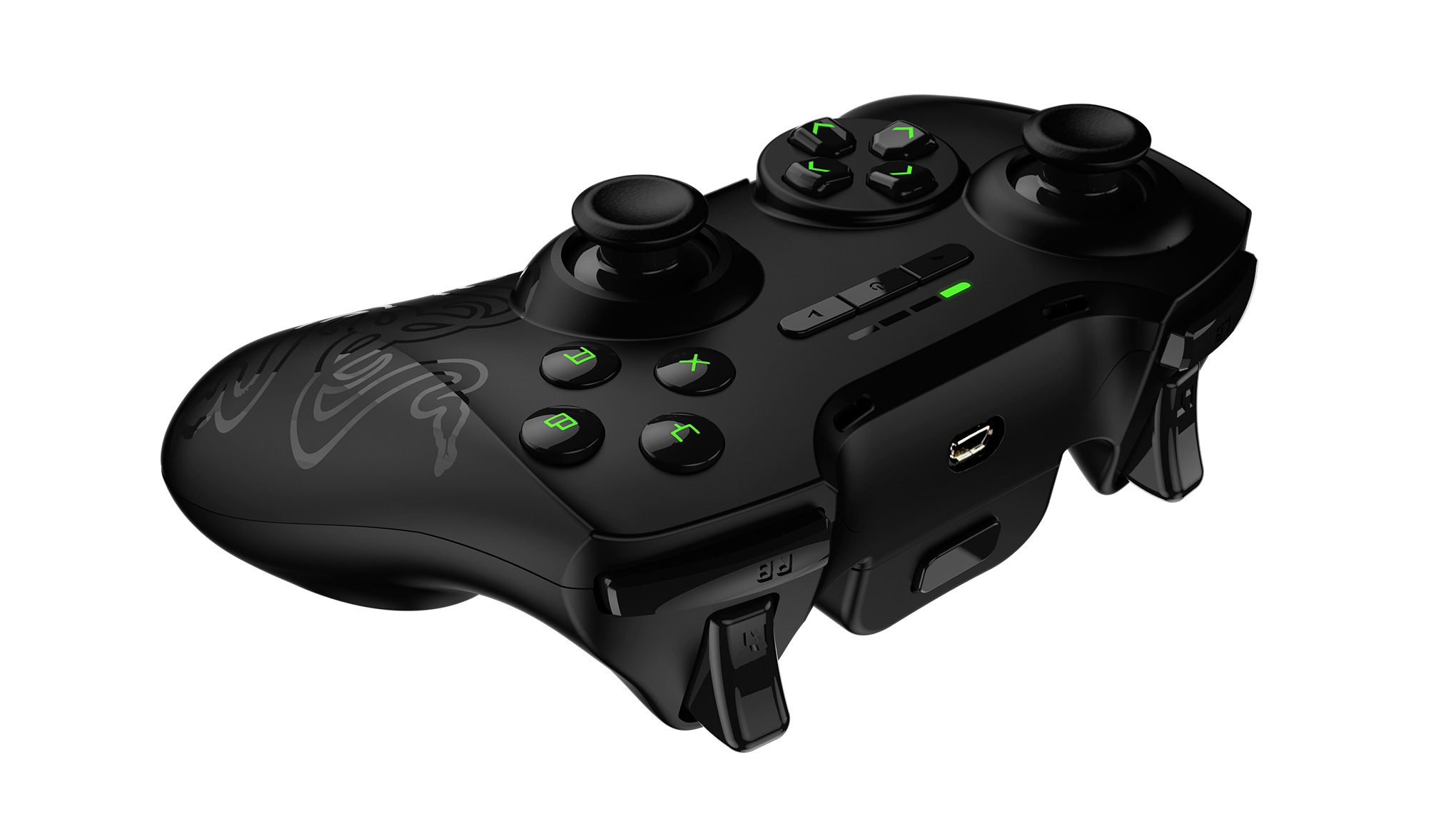 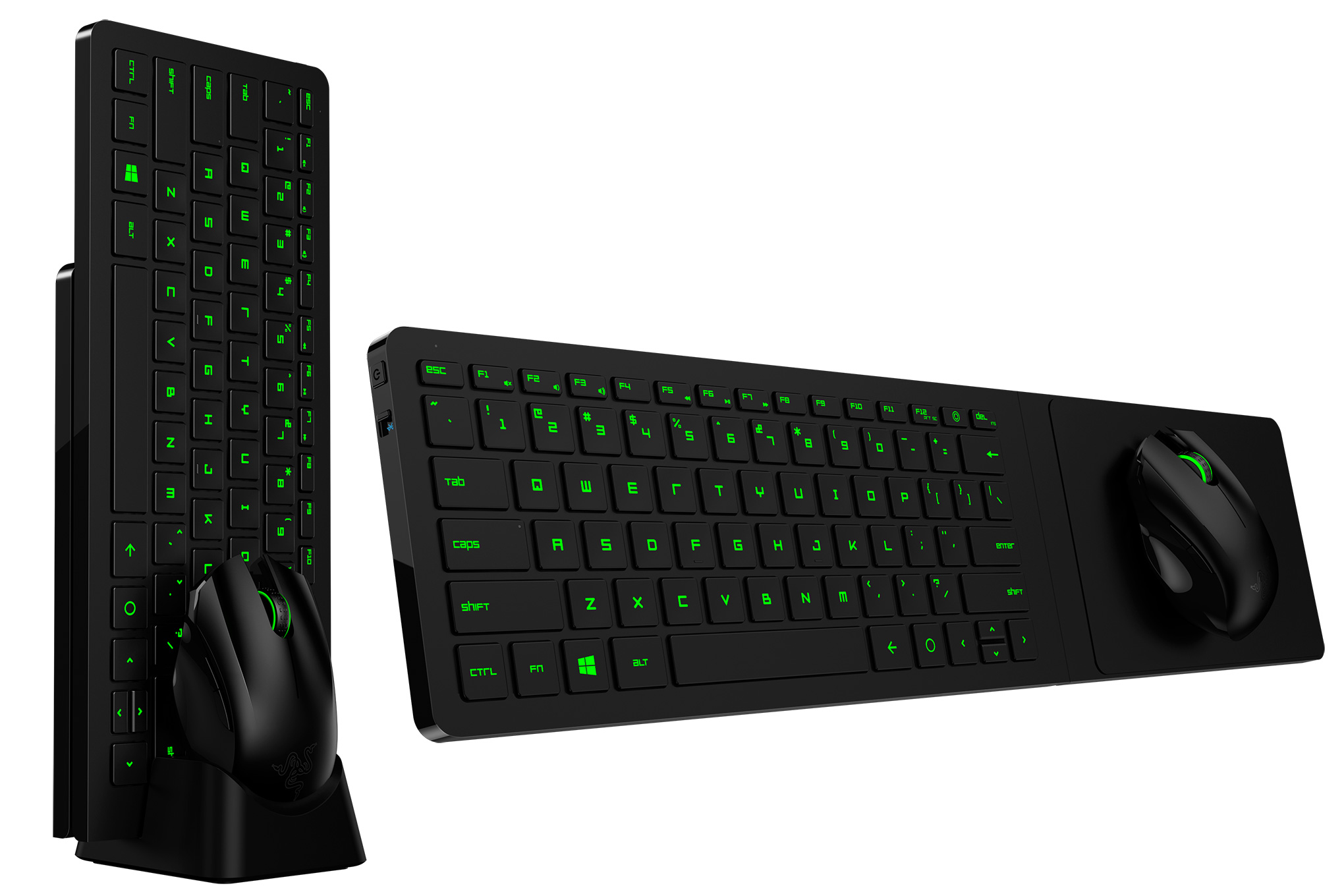