Digital music is insanely cheap these days if you're willing to put up with the quality you get on the various streaming services. But that's not why people are buying Neil Young's $399 Pono music player. They want the good stuff, and it turns out that quality comes at a price. Pricing and purchasing went live today on PonoMusic World store and, as expected, the top of the line 24-bit 192kHz tracks (which Pono is referring to as "album audio resolution"), can run about double their counterparts on other digital stores. That includes albums like the deluxe edition of Led Zeppelin IV, which goes for $27.49, as opposed to $13.99 on iTunes and $13.49 on Google Play. It's the same story for newer works like Taylor Swift's 1989, which costs $19.79 (versus $12.99 and $12.49 on Apple and Google's stores respectively), despite falling on the lower end of Pono's audio resolution spectrum.

It's a little harder to swallow on individual song prices, which can run from $1.99 all the way up to $2.99 a pop, or what you'd pay to watch an hour-long TV program in high definition. And not all tracks can be purchased a la carte, including most of Neil Young's, which require buying the entire album. 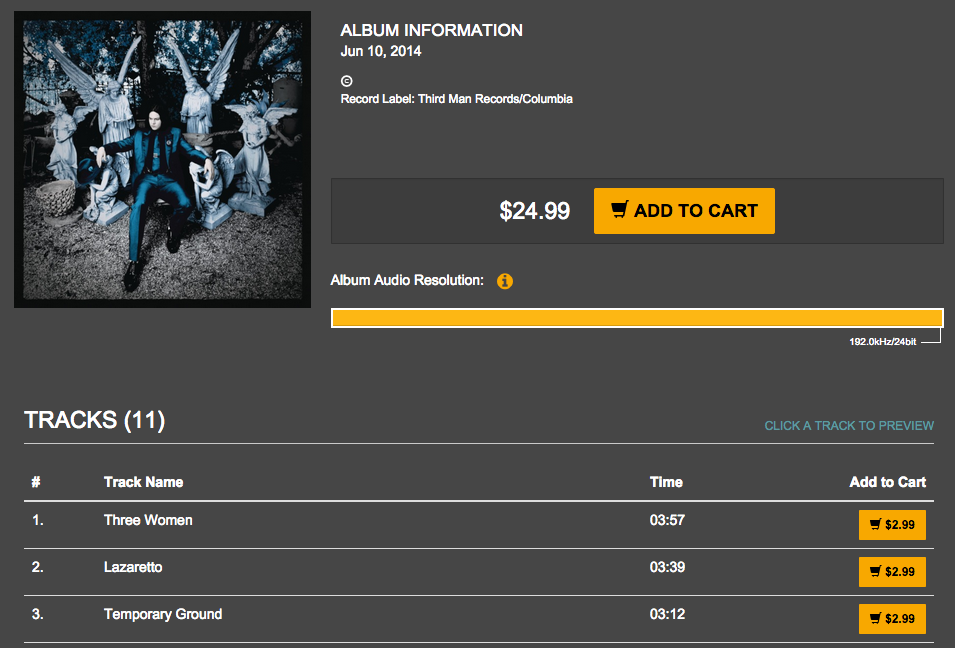 Maybe not so terrible when compared with vinyl pricing

As Stereogum points out, the prices while high, are less terrible when compared to their vinyl counterparts, something Pono is essentially trying to replicate. Someone looking for a digital analog to that experience now has the vertically integrated hardware and software to do that, as well as the backing of curators who want to create a massive back catalog of hard to find gems.

Pono's triangular music player became a piece of Kickstarter history, blowing by its $800,000 goal in less than a day, and going on to raise more than $6.2 million. For $399, it promised to hold and play up to 800 ultra-high resolution tracks encoded in the FLAC format.Those could be your own, or tracks you got from Pono's music store, which aims to get catalogs from Sony, Universal, and Warner. The idea seemed insane in a time when the popularity of standalone music players like the iPod have been on the decline for years, but shows some signs of a revival from other players. That includes yesterday's unveiling of a new $1,119.99 Walkman from Sony, designed specifically to play high resolution audio files. At least in Pono's case, you'd have some spare money leftover to buy the music too.