Quadcopters like Airdog are going fully autonomous, and perfecting the industry's next killer feature

Back in June we reported on the Airdog, a Kickstarter project we thought might become the ultimate GoPro sidekick. $1.3 million in funding later, the Airdog is about to start shipping out to backers and getting ready to go on sale later this year. Today at CES we got to check out this drone in person and watch as it followed pro skater Madars Apse through some trick runs on the halfpipe. As drones become an increasingly mainstream consumer product, the next big leap will come from advancements in technology that allows the drones to autonomously fly, follow you, and avoid collisions. Airdog looks like a company with a lot of momentum on all three of those fronts.

Airdog is the product of Helico Aerospace Industries, a Latvian company founded by CEO Edgars Rozentals, who has been an internet entrepreneur for more than a decade. He's been an action sports buff for a while, then got into flying model helicopters, followed by drones. Airdog was born of these passions and built with the wealth of computer science and engineering talent that is available in Latvia.

With a top speed of 45 miles per hour and can stay aloft for 10-20 minutes depending on your speed and track your movements from up to 1000 feet away. The unit is currently available for pre-order at $1,295 and has a suggested retail price of $1,495. Since it's meant for use outdoors and during rugged action sports, it's water-resistant and features fold up props so that the entire thing can easily fit into your average backpack. 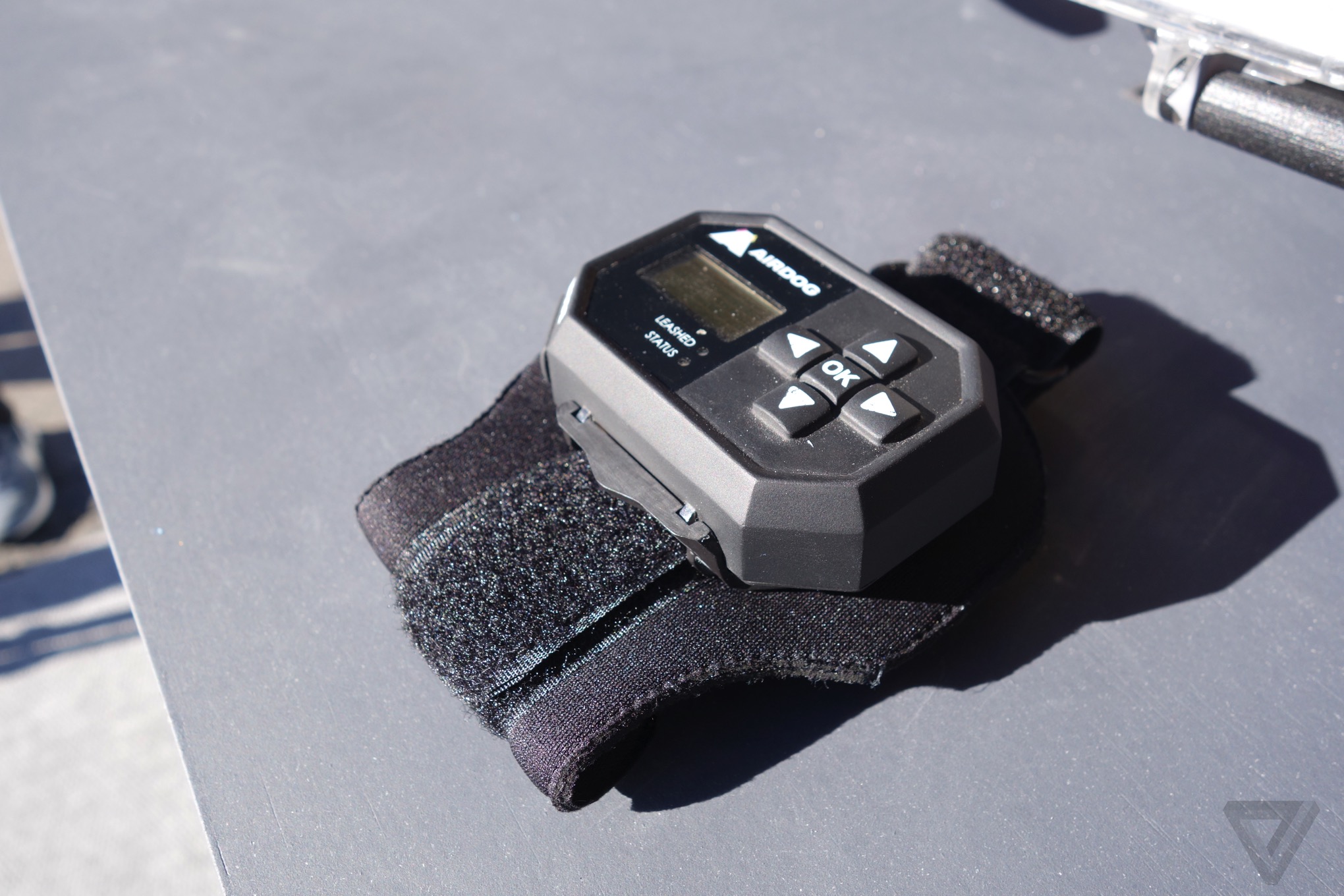 Rozentals and his team began by simply connecting the drone to a smartphone in the user's pocket, relying on GPS for position tracking. But that wasn't very precise. "What we needed to do was both track your position and project where you would be next based on your motion," explains Rozentals.

So the team added in the Airleash wristband, which is packed with accelerometers, gyroscopes, and other sensors that allow it to predict your movement and fly accordingly. Both the position and orientation of the drone, as well as the angle of the camera, are controlled by algorithms that communicate between the leash and the drone. The leash also has some manual controls that allow you to make adjustments to the Airdog while you're riding without having to whip out your smartphone.

Airdog is working on the holy grail of drones: sense and avoid

Next up after following its target is having the Airdog sense and avoid obstacles. The company currently uses maps within its app, so that users can set areas as designated fly or no-fly zones, mark out obstacles like trees and buildings, and chart a race course they want the Airdog to follow them through. Next up is sensors on the drone that would allow it to actually see and avoid obstacles in real time, the holy grail of the drone industry that so far, nobody has been able to really implement.