What it's like to use OSVR, the 'Android of Virtual Reality'

The cheaper, open-source sibling of Oculus wants you to make VR better

Before I tell you what it's like to use the OS VR, I should tell you what it is. And, more importantly, what it isn't. Yesterday my colleague Adi Robertson wrote a fantastic explanation of Razer's OSVR. Here's how she summarized it:

"OSVR is a development system meant to get VR on all kinds of hardware. It's not an operating system, but Razer CEO Min-Liang Tan refers to it as the 'Android of virtual reality,' an open-source software platform that encompasses multiple game engines, head-mounted displays, and control schemes. While you might be able to make a game in Unity and port it to multiple devices, VROS does the work of optimizing it for each device. Around two dozen companies and organizations, including Leap Motion, Virtuix, and the International Game Developers Association, are listed as supporters, and plugins are in the works for Unreal Engine 4 and the Unity 3D Engine."

On paper, you could mistake it for an Oculus

The software is supported by Razer's own headset. On paper, you could mistake it for an Oculus: it has a 1920 x 1080 screen, head-tracking, and a blocky shape. But unlike the Oculus, it's built for wild experimentation and customization. As with the software, the OSVR headset's schematic is open-source. Find an interesting a way to tweak it? You're welcome to. You're even welcome to build your own version and sell it.

The device will release in June 2015, but I had a chance to try an early version of it on the CES show floor. One minute I was sitting on a couch at Razer's booth, the next I was tossing fireballs at floating skulls in a dark — the device had a Leap Motion attached that allowed my hands in the real world to be mirrored by my hands in the game. (To be clear, Razer isn't a game developer and hasn't announced plans to make games for the headset, so don't count on playing Skull Killer 2015 — the name of my creation — anytime soon.)

The experience was fine — not a word used to describe technology usually drowned in praise by those who try it. The OSVR headset reminded me of the early days of Oculus prototypes, when you could imagine the potential more than you could experience it. 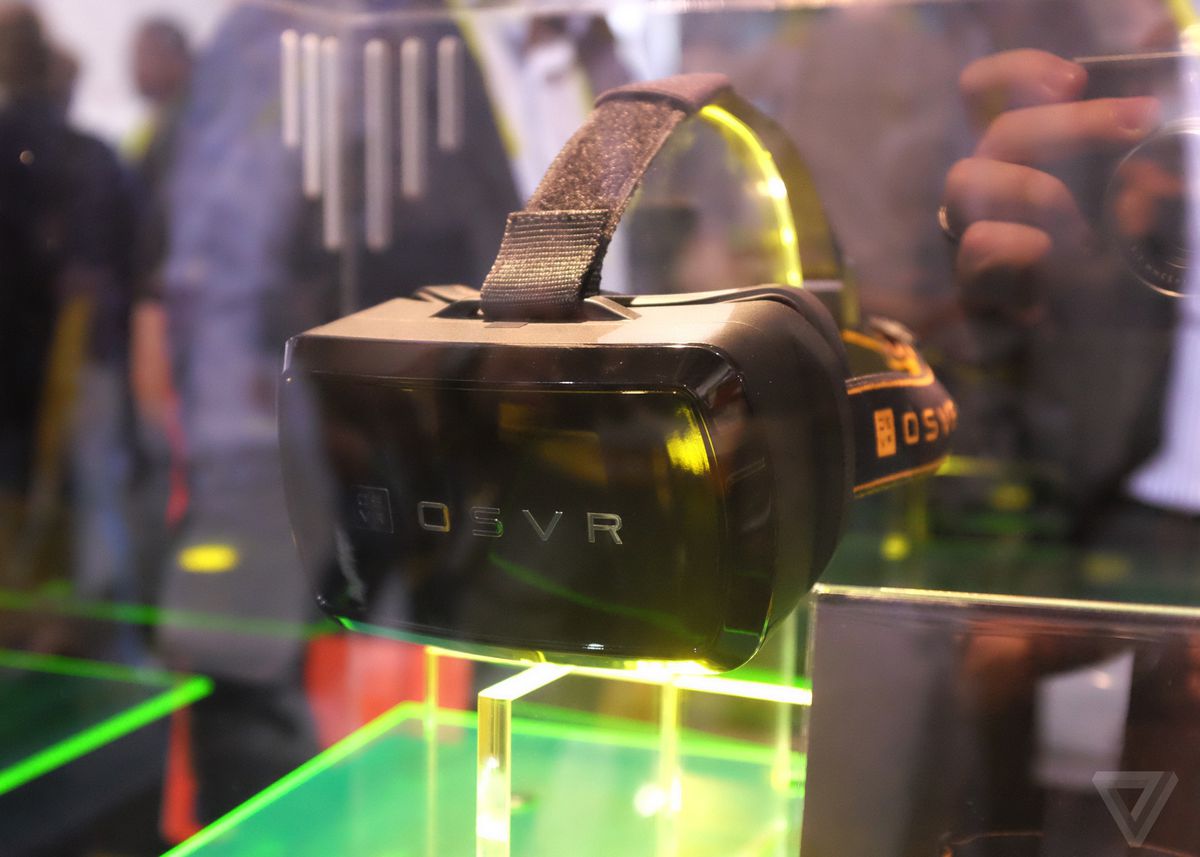 I used the two optical knobs to adjust the lenses for my eyes, but couldn't find the exact spot where the image looked clear. I had a similar problem the first time I used Oculus years ago.

To the OSVR's credit, it will cost a comparably paltry $199 at release; that's $150 less than the Oculus Dev Kit. Speaking of, Razer is selling the device as the Hacker Dev Kit. Razer doesn't have plans for this to be appearing in Best Buy anytime soon. This is a seed, and Razer's hoping a gaggle of talented developers, designers, and tinkerers will nurture it into something truly spectacular. And that that something won't just serve Razer, but all of VR.

OSVR is a cheaper option for VR early adopters

I don't know if I would want an OSVR, but I do like the idea of a more affordable tool for people in their bedroom or garage that want to experience VR. You get this sense, looking at the VR community, that every company is aware of two things: they are onto something truly spectacular, and if they don't work together to get a critical mass interested, they'll all be in one giant pickle.