Dish's over-the-top service is far from perfect, but it's a start

Two days ago, Dish CEO Joe Clayton made a grand entrance to his company's CES press event. Backed by a marching band, Clayton himself walked out with a giant drum strapped to his chest. There was a good reason for his over-the-top arrival: Dish went on to publicly unveil Sling Television, an internet TV streaming service that packages ESPN, TBS, TNT, CNN, Disney Channel, and other networks for $20 per month. No contracts, and no strings attached. If ESPN should one one day disappear from Sling TV's channel lineup — or if you find yourself missing AMC and FX — you're free to bail at any time. But after trying it out here on the CES show floor, I think I've convinced myself to make a break with cable.

No matter where or with what device you're using it, the Sling TV app looks pretty much the same. That turns out to be a surprisingly good thing. The menu system is fast, intuitive, and laid out tastefully. Channels take just a couple seconds to buffer and start playing, and adaptive streaming means you can watch it almost anywhere. Shows will appear in HD on your cushy home internet connection, but will adjust on the fly for slower connections, too. We're just getting out of the gate, but Dish is off to an impressive start.

There's no traditional DVR-style recording here, but you can pause and rewind live TV (with some exceptions). A few networks (not ESPN) even allow you jump back and watch shows that've aired over the last three days. Sling TV offers a healthy amount of video-on-demand content from channels that provide it, and you can rent recent movies like Guardians of the Galaxy just as you would with a typical cable provider. That should help out when the channel list starts feeling a bit thin. There are restrictions, though. You can't pause ESPN at all, so clearly Dish had to make some concessions to nail down that contract. There's another annoying hangup with ESPN, too: you won't be watching NFL games on your smartphone. Don't blame Dish for that one; its hands are tied thanks to an existing rights deal between Verizon and the NFL, but it's still a bummer for fans. Company reps said the restriction won't stop subscribers from watching on a set-top box like Roku or Xbox One. 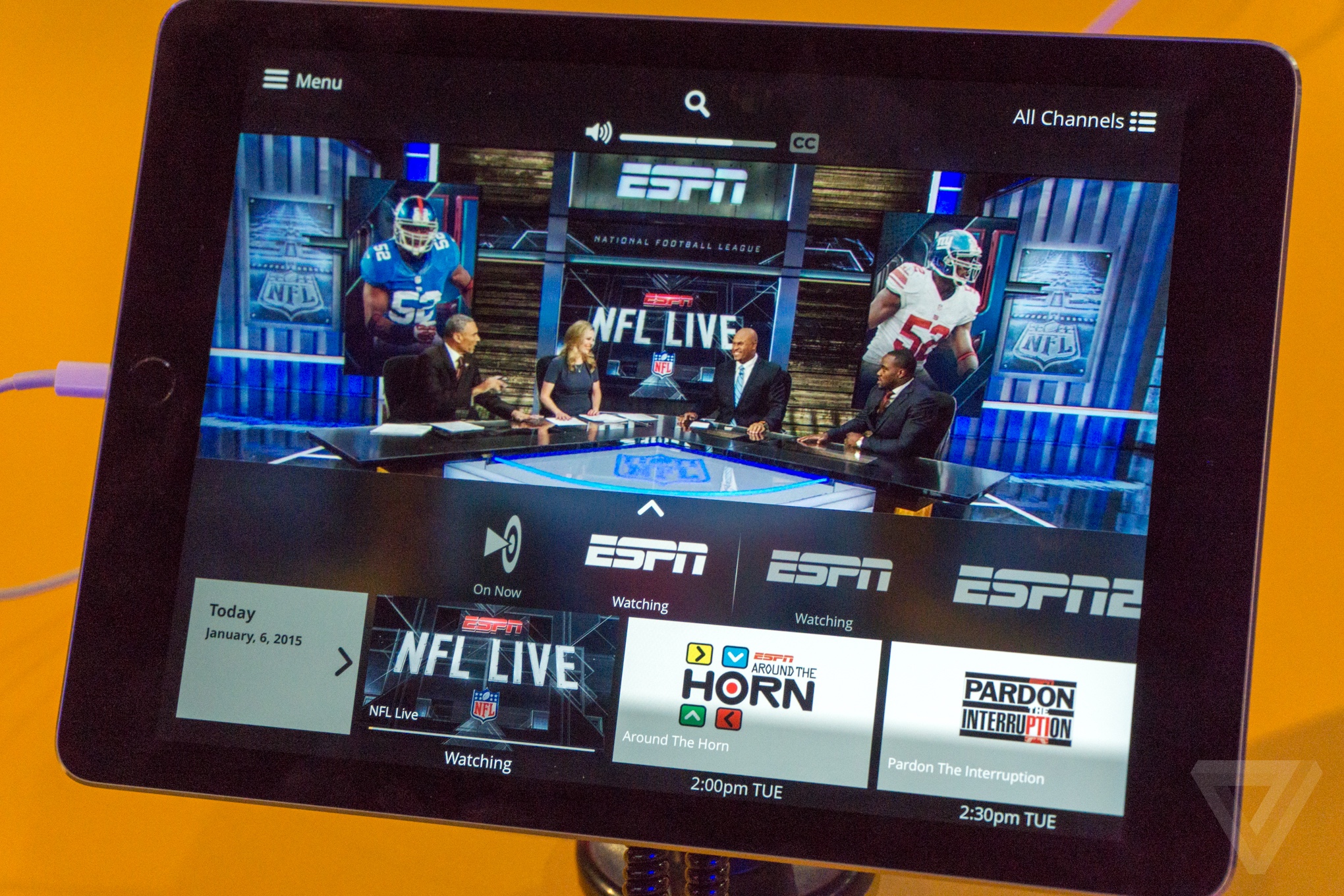 Sling TV doesn't offer enough for everyone. I barely watch cable TV as is, so I'm perfectly fine with the cobbled-together list of channels Dish has here. I can tune into the big four networks with an antenna and binge on Netflix / Hulu when I've got the luxury of time. If you're dead set on watching Better Call Saul, Mad Men, or Louie as episodes air live, this isn't going to work for you. (The whole point of Sling is to pull in people who aren't paying for cable anyway.) You'll also be without HBO — at least until its standalone service finally arrives. Dish says other channels are coming, so hopefully Sling TV will feel less scattershot before long. If you're a parent, the Disney Channel being here might prove even more valuable than CNN.

That said, $20 isn't cheap. Add in Netflix and Hulu Plus and your total for monthly video subscriptions is nearly 40 bucks. And then there's internet to worry about. But the question is really who you want to be paying all that money to. I can't get around forking it over to Cablevision if I want the best internet in my area. But I'm more than willing to redirect some of that cash to a company that's taking a chance. Yes, even an entrenched satellite provider like Dish. It's not perfect; you're still really buying a bundle of sorts, and Dish's single-stream limit is an unfortunate decision that may have been necessary to get Sling TV off the ground. Oh, and commercials are still a drag to deal with. But later this month, thanks to a free 30-day trial, I'll have time to decide if Sling TV is really the cord cutter's dream — or at least comes close enough. I'm thinking it's going to be a yes.