I know Spotify is into this whole streaming-music thing, but if it ever wants to diversify, I recommend it consider custom catered concerts for middle-aged music lovers and other people who hate crowds and bar food.

Tuesday night, I attended Spotify Supper, an annual party for buyers, marketers, publicists, celebrities, general business folk, and party beat reporters. Located deep within the caverns of the Bellagio, in a gold-trimmed nightclub called The Bank, guests were served a mix of good food, good music, and brief business pitches.

Spotify commissioned a menu from Marcus Samuelsson, the chef behind Red Rooster Harlem and Ginny's Supper Club in New York. As our sister-site Eater has noted, Samuelsson's a master of comfort food. The meal featured fried chicken bites, shrimp and grits, and a smattering of other nibble-ables.

Samuelsson also selected the night's music: landmark rap group De La Soul. The trio maintained a stunning level of enthusiasm, considering the audience of a hundred or so ranged from lifetime fans, to casual listeners, to a guy who I am convinced had no idea where he was, or how he got there, or why someone had put shrimp on the gourmet hot dogs.

At the beginning of the performance, the trio's DJ, Vincent Mason, polled the audiences's age as a warm-up. Who in here is in the late 20s, he asked, their early 30s, late 30s, 40s? With each jump, Mason rolled with laughter, while emphatically tugging his peppery beard. And the older he polled, the louder the club got. 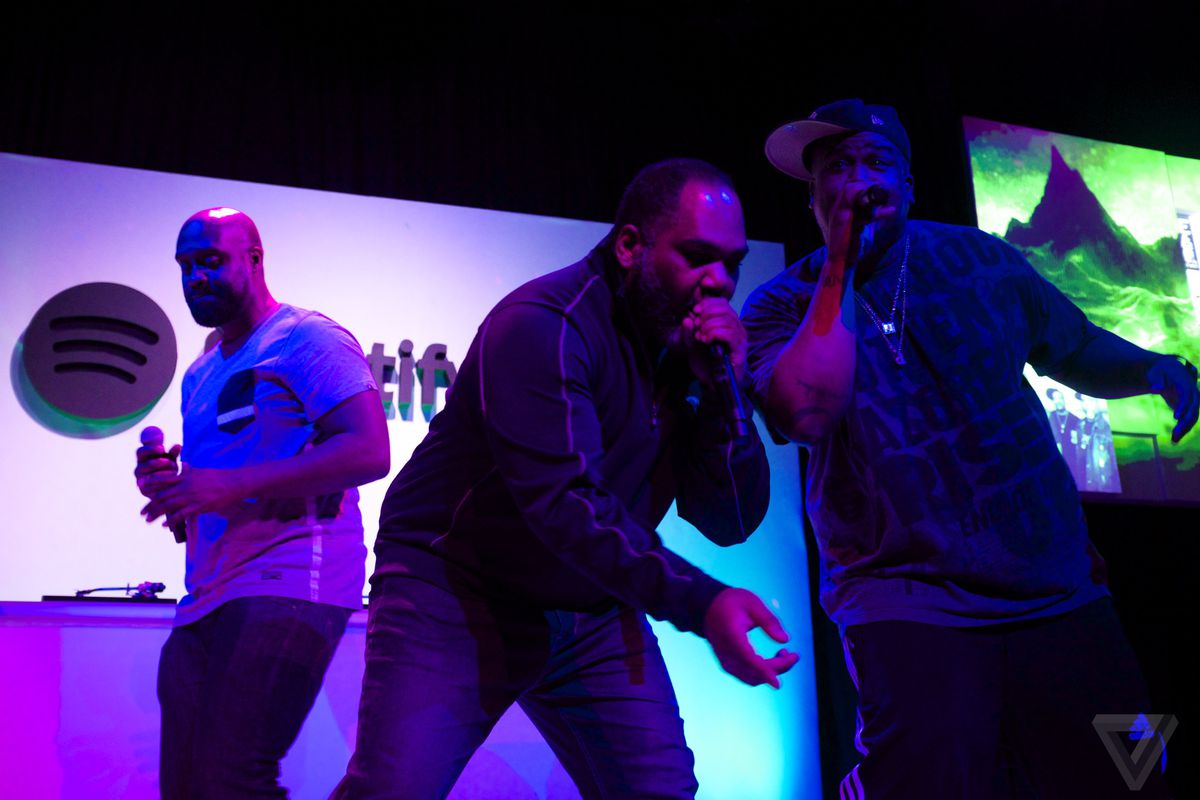 Spotify may target young, but this was an older audience. It wasn't the loudest show I've seen, but thanks to the group's regular encouragement, the concert felt alive, despite most of the club being more interested in enjoying a nice meal than getting close to the stage. The show ended around 9, and most people seemed satisfied with their evening.

As musicians try to find alternate models for making bank, I wonder if this is a worthy route: good food, good music, and a good experience, sold at a premium. Would 30-somethings pay $200 a ticket for a custom-designed meal inspired by and enjoyed with their favorite music?

As bands age, so do their fans. Older audiences — who have greater income, lower patience, and recurring back pain — want more than a cement floor, overpriced drinks, small bathrooms, and over-amplified audio. I think a smart service would provide as much.

Spotify may target young, but this was an older audience

I think Spotify thinks so too, in some part. Spotify has an established albeit peculiar relationship with food. It launched Supper.mx last year — which curiously didn't come up during a party with literally the very same name. The site (which resembles a custom Pinterest board) features recipes, often from popular chefs, and pairs them with music on Spotify. Through Supper, the company has presumably built some sort of relationship with these chefs and their restaurants. And it already knows the music business intimately.

Yes, my bold idea is for Spotify, a streaming company, to get into the incredibly complex, competitive world of live music. Do it for promotion. Do it for money. Do it for people like me who want to enjoy the music in comfort.

I'm sure I sound lame, like a man approaching his 30s that no longer fits in the venues he frequented only a few years ago, but believe me the older music market is real. Need proof? Here are De La Soul and Marcus Samuelsson in a photo with a selfie-stick. 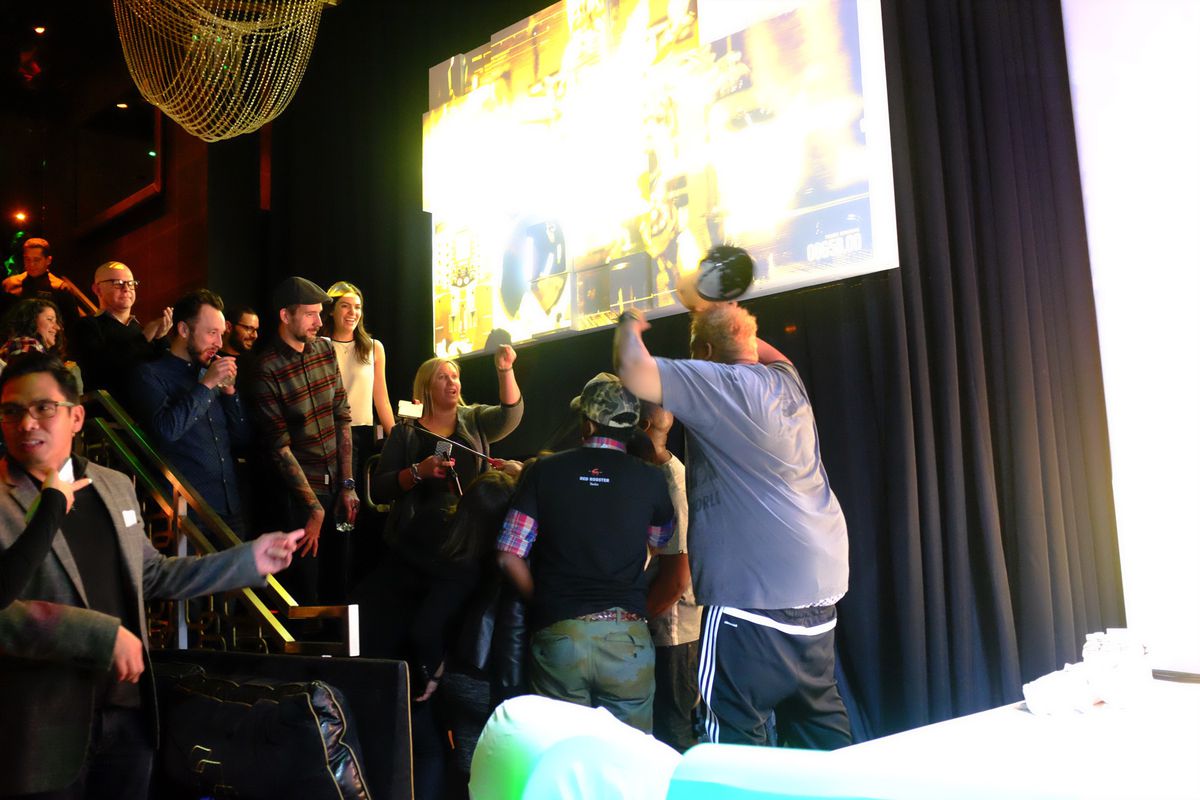