Amazon's been testing a new design for its homepage for months, and it appears that the company opened it up to a broader group of users in the US today. Some of the changes include a flat dark bar that lines the top of the page, as well as a new dropdown menu that takes shoppers directly to Amazon's Fire and Kindle products. The company has also managed to squeeze a lot more onto the page, whether you're signed in or not. Otherwise, it's mostly the same old Amazon, right down to product pages (which remain unchanged).

Amazon's been tweaking this design, and various other iterations going back to July, something Amazon told GeekWire was part of an ongoing test. It's unclear just how wide the test is at this point, though a cursory check shows that Amazon continues to show the older variant on certain operating systems and browsers. Why any of this is remotely important is simple: a lot of people visit Amazon every day, and even small changes can have a dramatic impact on whether they end up buying something.

Here's the before and after (the newer one is dark and brooding): 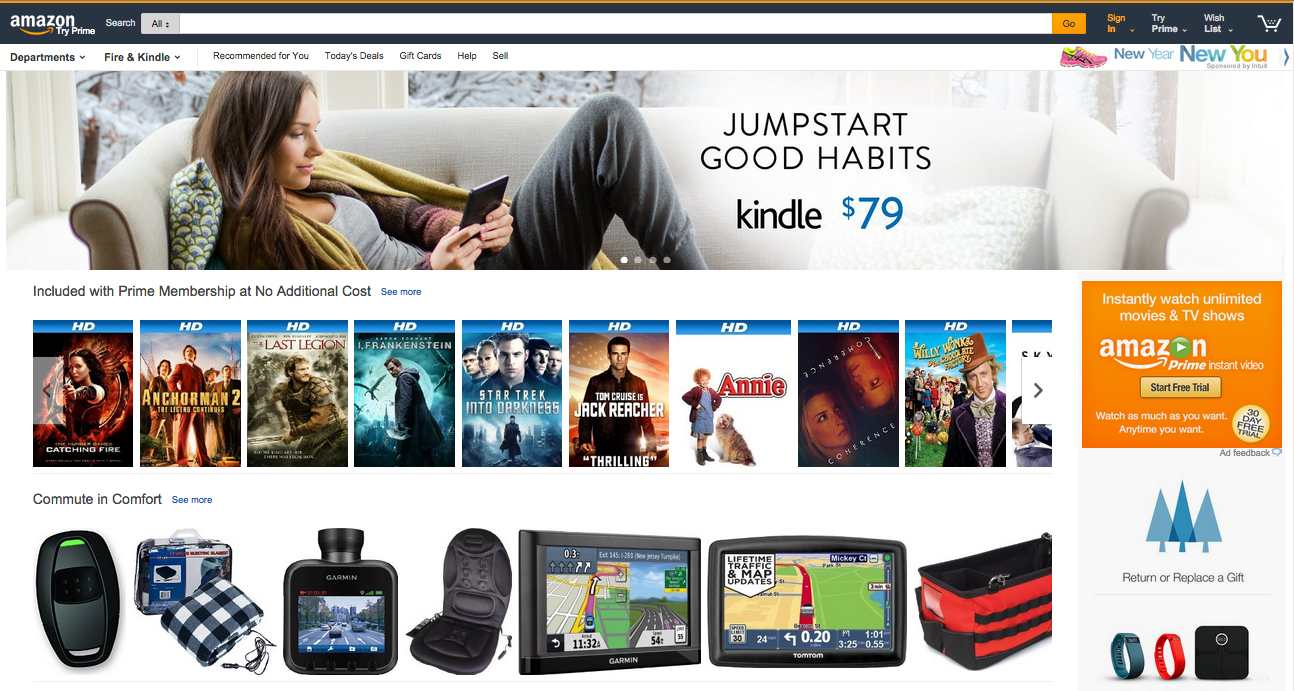 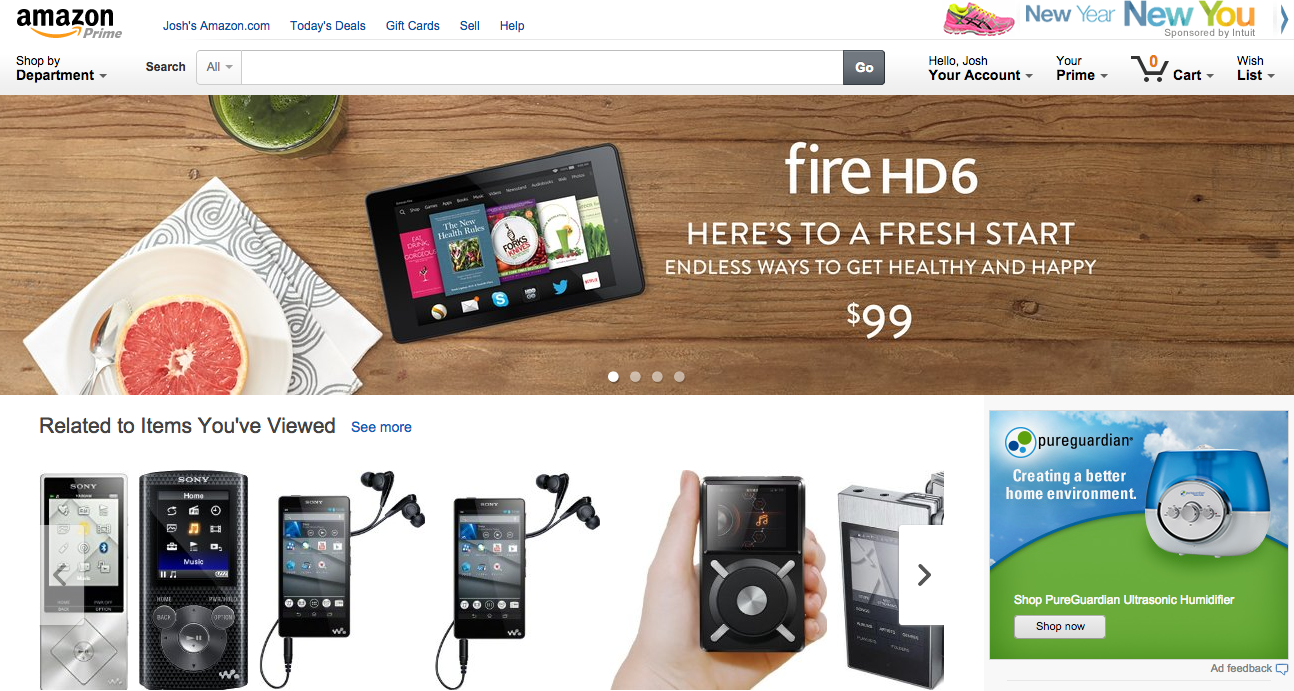 While slightly different than before, it's nowhere near the change Amazon made to its site in 2012, which made it easier to use for people on touchscreen devices. That may not seem like such a big deal in an era of prevalent tablet apps, but it was pretty important given the rise of tablet shoppers, who at the time were spending about 50 percent more than people who were buying things on phones.

An Amazon spokesperson said the new look remains a test, saying only that "we are constantly looking for ways to improve the shopping experience for our customers."