Can rolling be better than walking? Using the RocketSkates at CES 2015

It was really difficult to learn

When I first heard about RocketSkates, I thought it was too good to be true: I've always dreamed of living in a Jetsons-inspired future world in which I propel myself to work with some sort of motorized contraption strapped to my feet. And it looks like I may get the opportunity.

After seeing RocketSkates explode on Kickstarter, I was very eager to try out these oddities, which look like a cross between roller skates, moon shoes, and single-foot Segways. I thought riding would be as simple as strapping the skates to my feet and taking off; I was very wrong.

To ride, you strap the skates to your feet with the snowboard-esque bindings, turn the skates on, kick off with your back foot, and then keep your toes slightly angled downward to get moving. There's a large wheel on either side of the RocketSkates, each of which has a motor of its own. That contributes to the skates weighing 7 pounds a piece — pretty heavy for something strapped to your foot. The skates also have a smaller third wheel on the back that act as a brake and assists with balancing.

Interestingly, one of the skates acts as the dominant one — meaning when that specific skate senses movement, it tells the other skate to spin its wheels. I was told to keep the dominant one in front to make riding easier, but that didn't help. I had a lot of trouble picking up riding in general — I thought I'd be able to lock my feet in and roll around with no problem. That was far from the case. 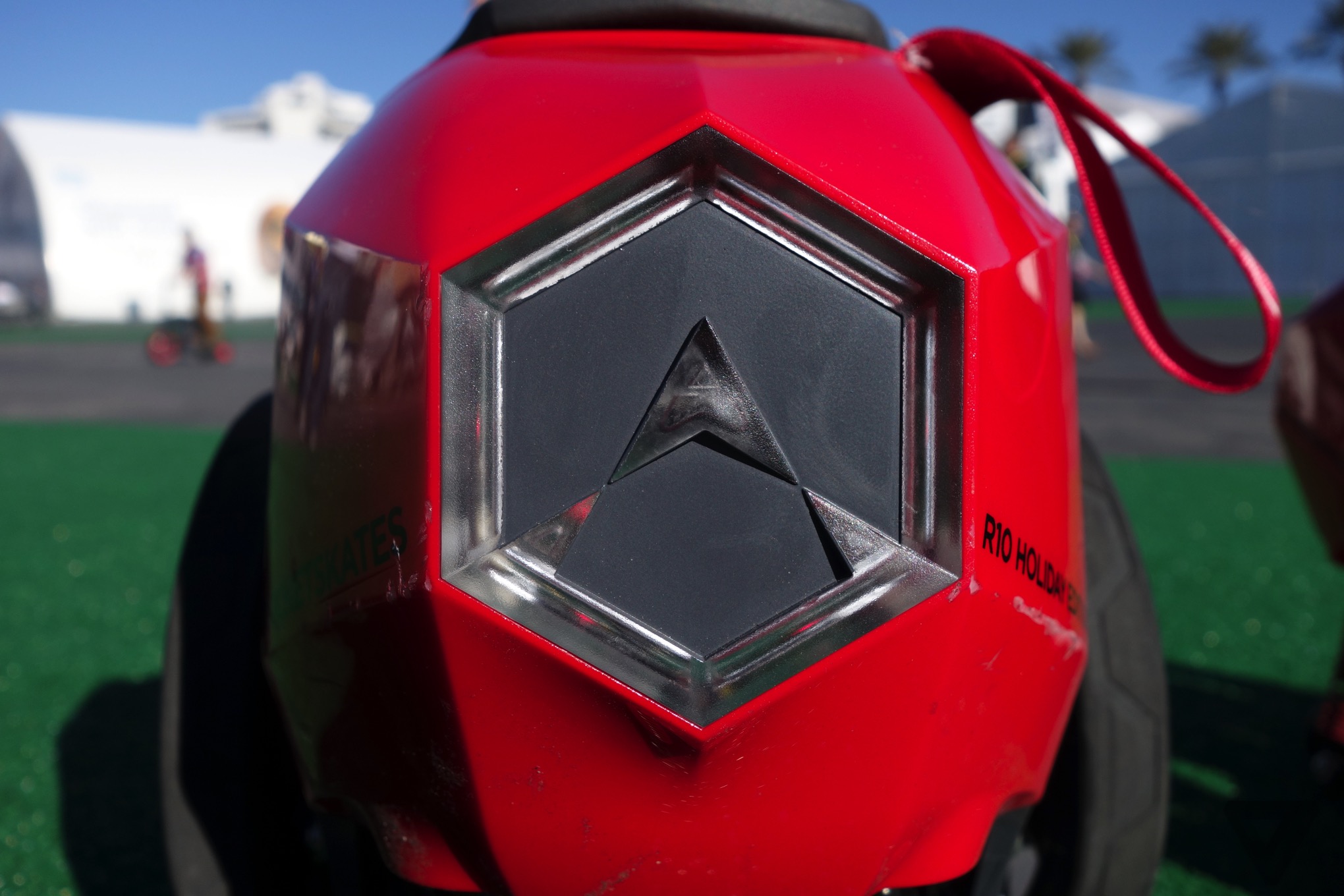 I tried Acton's RocketSkates in the Las Vegas Convention Center parking lot. In regard to design, RocketSkates are pretty bulky, and the added weight made me tired when I was learning to ride. It wasn’t a deal breaker, but one of a handful of barriers to my enjoyment.

The tricky thing with the RocketSkates is finding the sweet spot, the angle at which your toes should be pointed: too far down and your toes hit the ground, and too far up and the brakes will kick in. In the process of learning to ride I did a lot of panic running: I went too fast, lost my balance and control over the skates, and inadvertently used my toes as a brake. That led to a few falls and some sore toes.

It took me about half an hour to semi-confidently get moving… slowly. Not impossible, but not nearly as simple as I'd hoped. I started in beginner mode, so we kicked the skates into expert mode using the companion app and, surprisingly, I handled the transition fine.

I came away disappointed

I came away from my time with the RocketSkates with a sense of disappointment. Not only was it really hard to learn, the skates felt heavy and clunky on my feet. Maybe I need to spend more time with them and gain some skill so that I’ll get a better sense of their potential. I'd certainly like to see a version of the RocketSkates that have some self-balancing tech — similar to the self-balancing unicycle, Solowheel, and Onewheel.

Look, I’m still convinced the future involves rolling around with electric high-powered skates on your feet. I’m still stuck in the present, but RocketSkates are a step forward.