VAIO has been absent from the US for the past year and a half, ever since Sony sold off the nearly two-decade-old PC division. Now, it's ready to return. On Monday, it'll reenter the high-end PC market with a convertible tablet called the VAIO Z Canvas. It's a Windows 10 machine that VAIO hopes will be perfect for all kinds of artists, from illustrators and animators to photographers and video editors. VAIO isn't shy about saying that it's targeting Apple here — it wants people who are willing to spend a lot on a nice machine but just happen to want one running Windows.

But while it calls out Apple as a target, the Z Canvas may be most recognizable as a Surface Pro competitor: it is, after all, a high-end laptop with a kickstand, stylus, and detachable keyboard. The Z Canvas' biggest immediate difference is in just how detachable its keyboard is. As in, it isn't really attachable at all, unless you're using it as a cover. Once you disconnect the keyboard from the tablet, it's completely wireless and able to be placed wherever you like. It feels a bit odd, but in practice there's no real difference from using a keyboard in front of an all-in-one. 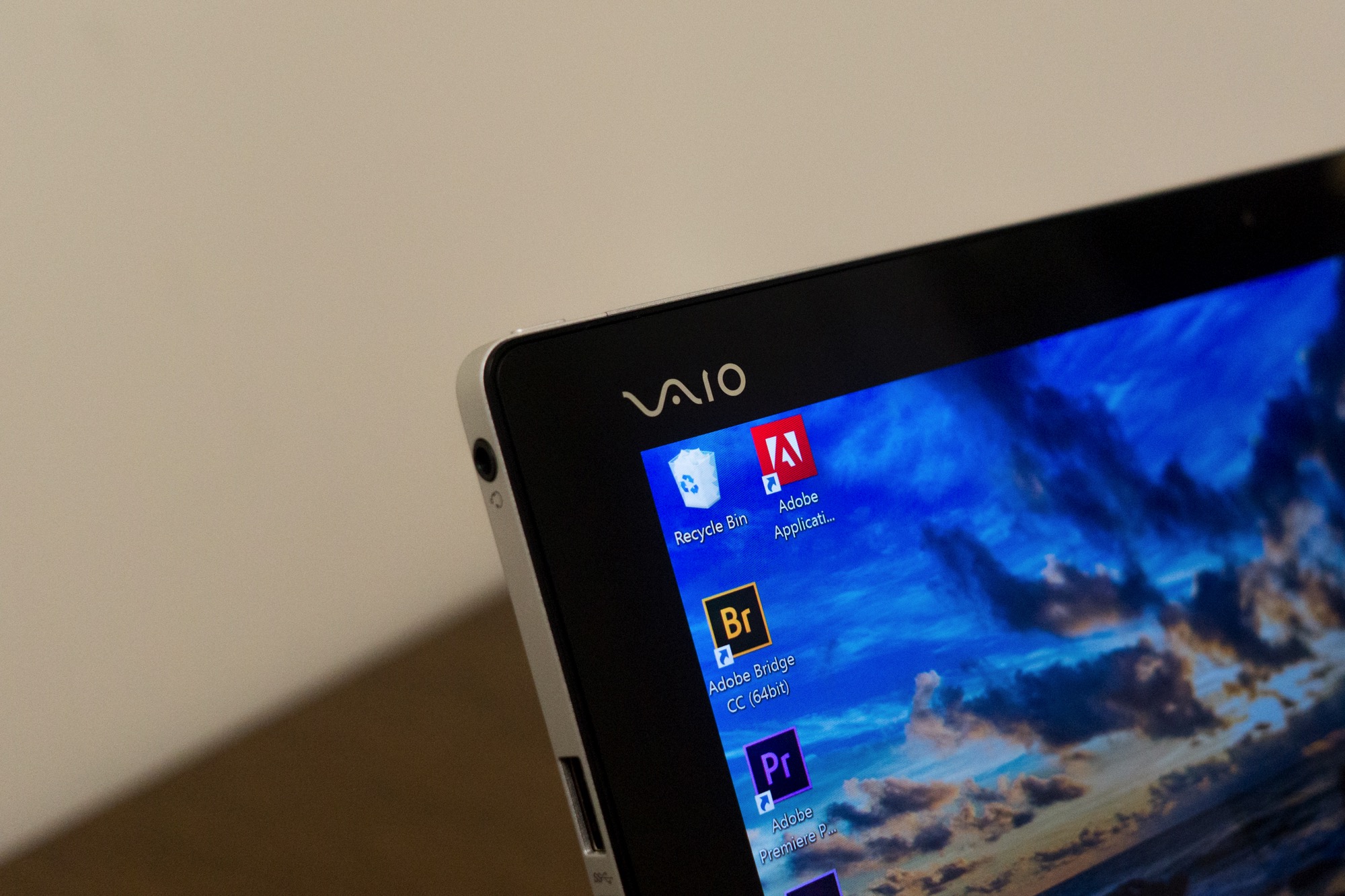 One of VAIO's main selling points is the Z Canvas' display. It claims to cover 95 percent of the colors identified in Adobe's RGB spectrum, whereas "typical PCs," it says, are at closer to 70 or 75 percent. An accurate display is, of course, going to be very important if not absolutely necessary for anyone doing visual work on their PC. And, in my short time looking at the Z Canvas today, it did look great. That said, I was mostly staring at some Adobe icons and a wallpaper depicting a bright orange sunset mixing with a bright blue sky, so don't take that as a final assessment.

The Z Canvas' display is surrounded by an even bezel on all four sides. It's big, but the symmetry makes it stand out less. It's using a 12.3-inch display with a 2560 x 1704 resolution and a 3:2 aspect ratio. Those dimensions mean that using it feels like using a laptop, but the aspect ratio helps to make tablet mode a bit more natural. That's fine, as this isn't really designed to be a super portable tablet: it's still heavy and relatively thick — it's essentially a high-end laptop, after all. At the same time, this still feels like Sony hardware. It's really nice, except for those weird quirks that aren't.

One instance of that is the Z Canvas' hinge. VAIO has made it so that the kickstand can hold up the tablet at any angle and do so without budging. This is important, it says, because the tablet shouldn't wobble around while someone is writing on it with a stylus. But the flip side of its sturdiness is that it's actually kind of difficult to push the kickstand back into the computer when you're ready to walk away with it.

Part of being a high-end machine means coming with the specs for it. The Z Canvas includes a Core i7 Haswell processor, between 8GB and 16GB of RAM, between 256GB and 1TB of storage, and includes its stylus and detachable keyboard. It also has a ton of ports on it, including two USB 3.0 ports, an SD card slot, and an HDMI port. It's expensive, too, running from $2,199 to $3,099.

The machine goes on sale starting Monday, kicking off VAIO's return to the US. That appears to be it for the year, but VAIO says that it's working on business machines for the spring. VAIO actually first announced the Z Canvas way back in February, so it's entirely possible that we'll see those business machines much sooner than next spring.