Apple's smaller iMac is finally going 4K. The 21.5-inch iMac is being updated today with a faster processor, faster RAM, and improved graphics. But the most compelling update is the new option of a 4K display. It's a huge improvement over the old 1080p display, making the iMac's entire screen look sharp and vibrant.

Read next: The iMac review.

In fact, the iMac's screen actually looks more vibrant than ever. Apple is using a new display tech on the 4K model that it says can show 25 percent more colors — primarily reds, greens, and yellows. That means colors should be stronger and more accurate. It's not the kind of thing that lets you look at the display once and see how much better it is — although, the 4K will do that on its own — but it'll very likely make whatever you're streaming off of Netflix all the more mesmerizing. The improved color reproduction is also coming to a refresh of the 27-inch 5K iMac.

The 21.5-inch iMac is also getting a much-needed spec refresh. The line hasn't really been updated in over two years, and today it's taking the step up to Intel's Broadwell processors. That may not sound very exciting — Broadwell is technically one generation old — but these are actually relatively new processors, having only made it out of Intel's factories in June. And while Skylake is out there, Skylake chips with Iris Pro graphics aren't, and that's probably the reason why the iMac is seeing what seems to be a delayed upgrade. Apple's cheapest iMac includes a 1.6GHz dual-core i5, while the 4K version begins with a 3.1GHz quad-core i5 — you'll probably want to upgrade. 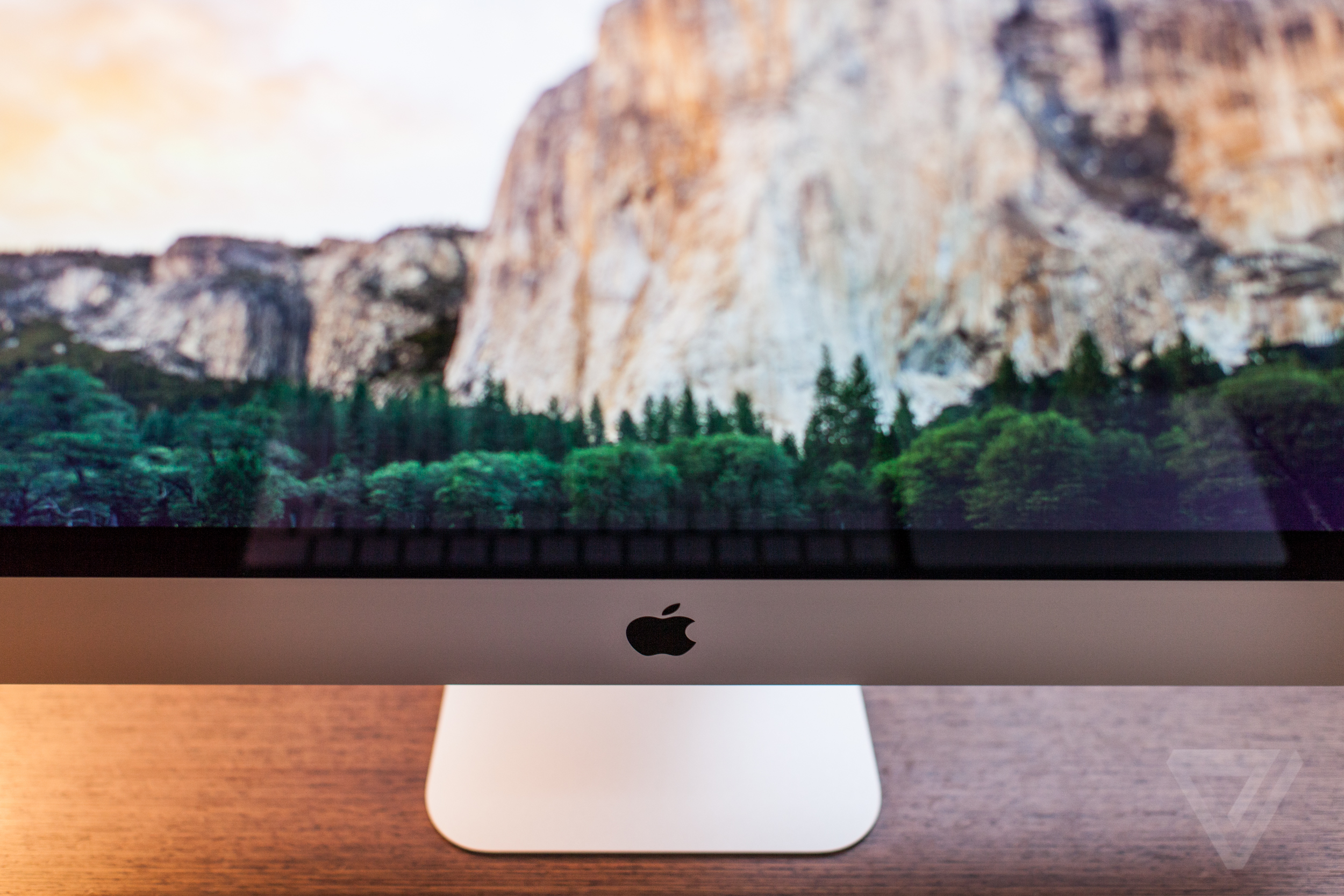 The processors upgrades mean that the higher-end iMac models also include Iris Pro graphics, which should be particularly useful for pushing around the 4K machine's extra pixels. RAM has also been improved across the board from 8GB of 1600MHz LPDDR3 to 8GB of 1867GHz LPDDR3, upgradeable to 16GB. This update also adds Thunderbolt 2 and a larger storage option.

The design hasn't changed, but 4K makes it much nicer to look at

While Apple has changed basically all of the key features on the inside, the iMac's external hardware is the same as it has been. It's still impressively slim and stylish. The black bezels around the display are starting to feel large when compared to, say, the MacBook, but they aren't really something you notice when there's a large 4K screen taking up most of your vision.

That said, there will be a few visual differences around the new iMac: Apple is updating its standalone keyboard, trackpad, and mouse, with the former two getting design overhauls. The keyboard and mouse come with the iMac by default, and you'll be able to opt for the (much more expensive) new trackpad.

Just like Apple only brought 5K to its top-of-the-line 27-inch iMac last year, the company is only offering 4K as an option on its most expensive 21.5-inch machine. It'll start at $1,499, while 1080p models will continue to start at $1,099. It's a big jump, but there's also a big power and quality difference between the two tiers. In a brief test of the 4K model, the actual performance seemed like nothing to write home about — the display, however, should be enough to distract you during any unexpected load times. All models are shipping today.