The past is bad, and the future is frightening

By Elizabeth Lopatto and Emily Yoshida

Have you ever wondered why so many hit pop songs sound... kind of the same? This week, Emily chats with The New Yorker music writer John Seabrook, author of The Song Machine: Inside the Hit Factory, about the craft of the modern pop song, and how a handful of songwriters can shape the entire top 40.

Of course, that's not all. This week, we talk about how The Martian disappointed Emily — though she won't go as far as Elon Musk in saying that we ought to nuke Mars. Speaking of Elon Musk, how did he inspire such a cult of personality? Why does he believe he can competently run two companies at once? And how come he keeps talking like a comic book supervillain?

That's not all we've got — find out about how high-tech anti-psychotics make Liz hate the future, while Emily explains that one should not watch a show about the history of surgery (The Knick) while eating dinner. Plus, we talk about the history of two now-illegal drugs: heroin, launched in 1898 as a cough medicine, and cocaine, once a main form of analgesia for doctors and surgeons. 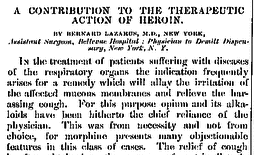 (A report on heroin from what is now The New England Journal of Medicine, published in 1900.) 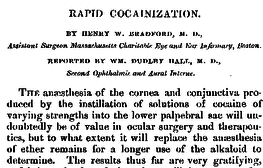 (An 1884 report on cocaine, from what is now The New England Journal of Medicine.)

Subscribe to Verge ESP on iTunes, listen on SoundCloud, or subscribe on RSS. And be sure to let Emily and me know what you think of the show on Twitter — @mslopatto and @emilyyoshida.