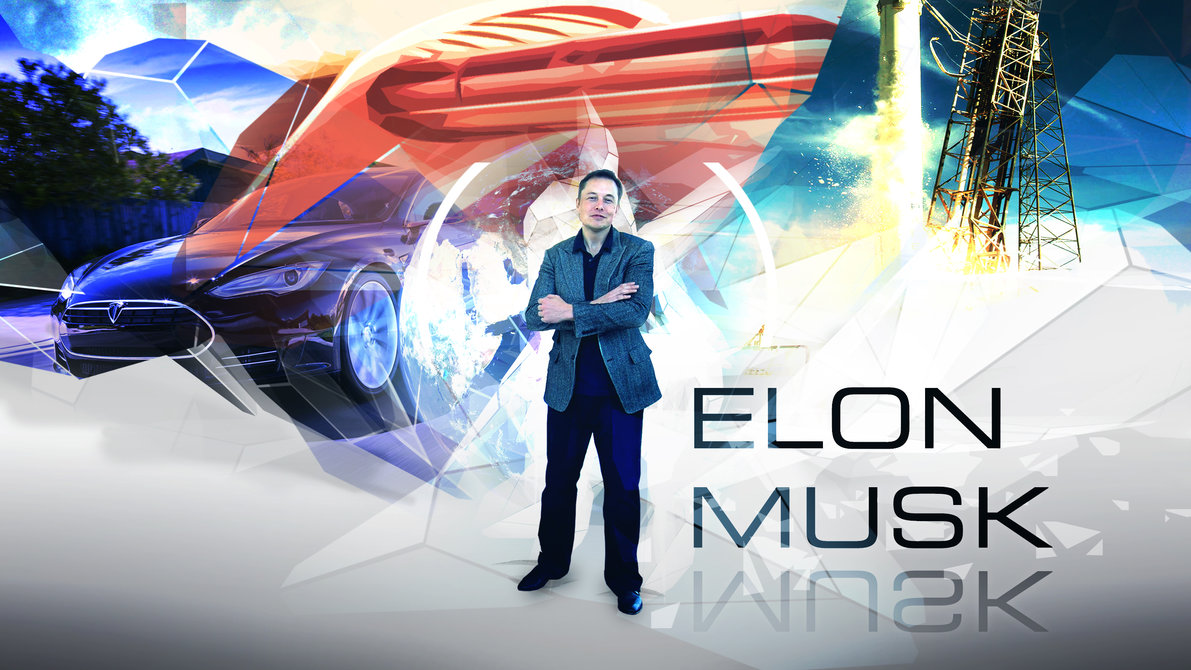 I'm wholeheartedly disappointed. How DARE you question the great Elon Musk and besmirch his na.....lol nope couldn't do it. I couldn't keep it up. Totally kidding Liz (Is that ok? May I call you Liz?). I've been a fan of Musk since about....2006. I know I know, fans of his can get irrational when one criticizes his ideas or his commitment. I'd heard you voice your concern before about whether he should be running two companies. I can imagine only running one would be a daunting task in and of itself. Especially either one of those particular companies. Then I started to wonder why. Why hasn't he put anyone else in charge? I have a theory, based on little but....I honestly think 2008 has much to do with it. Around that time I believe both companies were in a extremely precarious position. Whether it be because of the economy or because they were having trouble getting Tesla roadsters to customers without faults.

To be honest I think he doesn't trust anyone else, or has found anyone else to take over. Honestly I couldn't blame him. He's fears aren't unfounded, and he might not feel like he can let them off the leash yet. I don't disagree with you however. I do think some of his focus would be better served if he had a second in command. Oddly enough, your statement brought back a memory of something I watched circa 2012-ish just after the Model S came out. A video of them on a call with Richard Branson (Virgin) and oddly enough he was giving Elon advice about your exact concern. Amongst them both giving several callers advice about running a company. Telling Elon to find someone to run the day to day for both companies so he could focus and still have time for family and other ideas.

Frankly I think once The Model 3 becomes a reality, and Space X gets to the point where it has launched Astronauts into space with as high a success rate as plausible, I think he'll do more delegation and less micromanagement of both companies. Something Satya Nadella (current CEO) of Microsoft said that I 100% agree with was that a CEO's job is not to micromanage the company, but micromanage the culture of the company that allows for excellence to happen. Right now he's probably doing both for both Space X and Tesla. I'd like to see him take his foot off the gas a bit if only so A. He doesn't burn out. And B. That would mean both companies are in relatively good shape not to falter or be messed with by outside forces.

As to the issues associated with SpaceX in particular, I want us try. I want us to be prepared for the reality of the trying, but I do want us to try. I don't think Elon is 'done' with Earth (I'm not taking your statement literally mind you) I do think there's a fulfillment of a curiosity there. And you're right. The reality of space exploration, whether we can actually adapt or even live without gravity for any period of time for reason we may not grasp yet. Or the morality and reality of colonizing and terraforming another planet are going to be much higher than just getting there. Frankly the reality of Gravity is something that perplexes me. I know it's there. It's absence seems to have a negative effect on us which is particularly worrisome given my hope of us physically exploring the stars. Frankly a company focused specially on studying the mystery around gravity's existence and the concept and idea of trying to generate it.... would be something especially awesome. Especially musk-like as well. "musk-like" a word? I'm sure it's fine. :)

Despite that (and many other issues rooted in reality) I'd us to try personally. I found it funny that many media outlets focused on that interview with Stephen Colbert and the "Nuke" comment. When the other part of the comment I'd heard him bring up before and always found far more interesting. He said, "....well there's a fast way and a slow way". The fast way has been all over the news. However the slow way is far more interesting especially as far as the science is concerned. Basically we copy what we did to earth unintentionally. Warming the planet by releasing particulates (obviously not the same exact particulates) and trap heat to begin slowly warming it over a period of time. Now obviously the science and reality of all that needs to be worked out in much greater detail to see if that's even plausible but, no one is talking about that bit. They're all about the nukes (Merica).

That nuke idea, was an idea. Though again, because it's him everyone feels like he'll take ideas and run with him. That that's a thing he might try, which is cool to me. I like imagination. I like big picture crazy ideas. I especially like people that make other people feel like nothing is impossible (even if that might not be the reality). And Emily I don't disagree with you either. I don't think people's sense of wander has been clipped at adulthood. I'd do think however to take that wanderlust and bring it into reality for masses of people especially in the face of or in spite of many other issues is... an interesting ability I wish more had. To have the ability to engage and make people want to do things that seem so unrealistic, is weird. Elon is probably the only person that could wake up tomorrow and hold a press conference and say "I have an idea for time travel". And even if I knew (factually) that was impossible I'd probably pause my skepticism and say "hold on just.... let's hear him out". Regardless, the podcast got me thinking about many things so I just vomited some thought. It was a great episode though. Also was you problem with the Martian that in the face of being left of Mars his reaction should have been more emotional (at first) than analytical? Like in Interstellar (for lack of a more perfect example)?

Also, why does Matt Damon keep getting left behind?