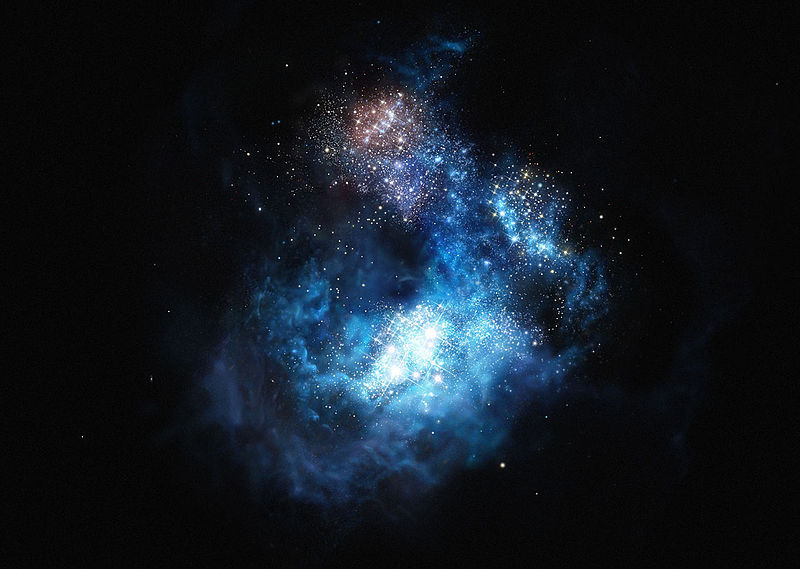 Just read this article at Popular Science. It's pretty cool:

The Kepler space telescope, whose mission is to try to find alien life on distant planets, spent four years monitoring over 150,000 stars. Out of them all, one, in particular, was exhibiting irregular behavior.

Kepler was looking for planets by detecting when a star would dim. The dimming indicated when a planet would pass in front of it. When detected, the following behavior is normally very predictable: The dimming would take place for as short as a few hours, or as long as a few days, and typically repeat itself every 365 days.

The star in question, named KIC 8462852, did not behave as predicted. Instead of dimming for those short durations of time, it stays dark for anywhere between 5 and 80 days.

Scientists, as they're wont to do, scrambled to come up with theories that explain this phenomena. The best that they could do was to claim that perhaps it's a massive cluster of comets. Like, an insanely large group of them that have been pulled into the star's orbit. A champagne supernova like none other.

Thankfully, there is another hypothesis. Legitimate scientists, not goofball weirdoes, think it might be an alien megastructure. Perhaps a giant machine that collects energy from the star. An Elon Musk-esque Solar City device with a few thousand years of advanced engineering behind it.

Whatever it is, I'm going to be obsessed with it until more information becomes available.

What do you think, Vergers?