Alexa, take over my TV

There are a couple ways to look at the new Fire TV box, the second video-streaming box from Amazon. The first is to say that not much has changed from the first Amazon Fire TV box. In fact, you could look at all of the new video streaming devices announced this fall — Amazon Fire TV, Roku 4, Chromecast 2 and the new Apple TV — and acknowledge, maybe somewhat frustratingly, that the cable box is dying in whimpers but certainly not with a bang.

The second way to look at the second-generation Amazon Fire TV box is to recognize that it has made significant improvements in key areas — things like processing power, video resolution, and virtual assistance. Is it the platonic form of a video streaming box that attaches to your TV? No, it still favors its own Prime video content over most other streaming content providers, and there are other features I don’t love. Should you rush out to upgrade if you already have last year’s Amazon Fire TV box? Probably not, unless you just bought a 4K TV.

But is the new Fire TV box a good video streaming device for $100? Yes, especially if you’re an Amazon Prime Video subscriber. It’s a great addition to your living room even if you already have a smart TV. Of course, that doesn’t mean it’s necessarily the best new streaming video device; we’ll have to test all the others before we can make that call.

The hard-edged, flat-sandwich Fire TV box looks almost identical to last year’s model, with the exception of a matte finish on top and a couple port changes. There’s no longer an optical audio output in the back. Instead, there’s a microSD card slot, allowing you to add up to 128 gigabytes to the 8 gigabytes already on board. Otherwise the Fire TV has the usual suspects — an HDMI port, an ethernet port, USB, and power.

4K is nice to have, but it comes with limitations

One of the most notable adds to this box, in addition to support for 4K video, is a new 64-bit MediaTek quad-core processor, an upgrade from last year’s Snapdragon 600 processor. The new chip, coupled with a GPU that Amazon says is twice as fast as the one in the first-gen box, make this a super-speedy video player. I didn’t experience any lags or stutters as I navigated through the Fire TV’s (sometimes confusing) interface; apps downloaded quickly, videos loaded almost immediately, and at no point in using it over the past week did I feel like it needed a little more oomph. The new Fire TV box also supports 801.11ac Wi-Fi with MIMO, for better Wi-Fi video streaming.

I wasn’t able to test the 4K support on the Fire TV because I don’t have a 4K TV, but 1080p HD still looked pretty darn good. All I can say about the 4K support is this: it’s nice to have it, because it future-proofs the box a bit, but there are caveats. Since it requires a specific HDMI input, one that supports a standard called HDCP 2.2, it won’t support every 4K TV. There still isn’t a ton of 4K content to stream, the most obvious exceptions being Netflix 4K, some YouTube stuff, and select content from Amazon’s Prime Video library.

And, provided you have a 4K TV, it takes a few clicks of the remote to find 4K or "Ultra HD" video content, unlike on the new Roku 4, which has an option right on the home screen designed specifically to help consumers find 4K video. Alexa might make this a little easier, but again, she won't show you the 4K content unless you're using a 4K TV. 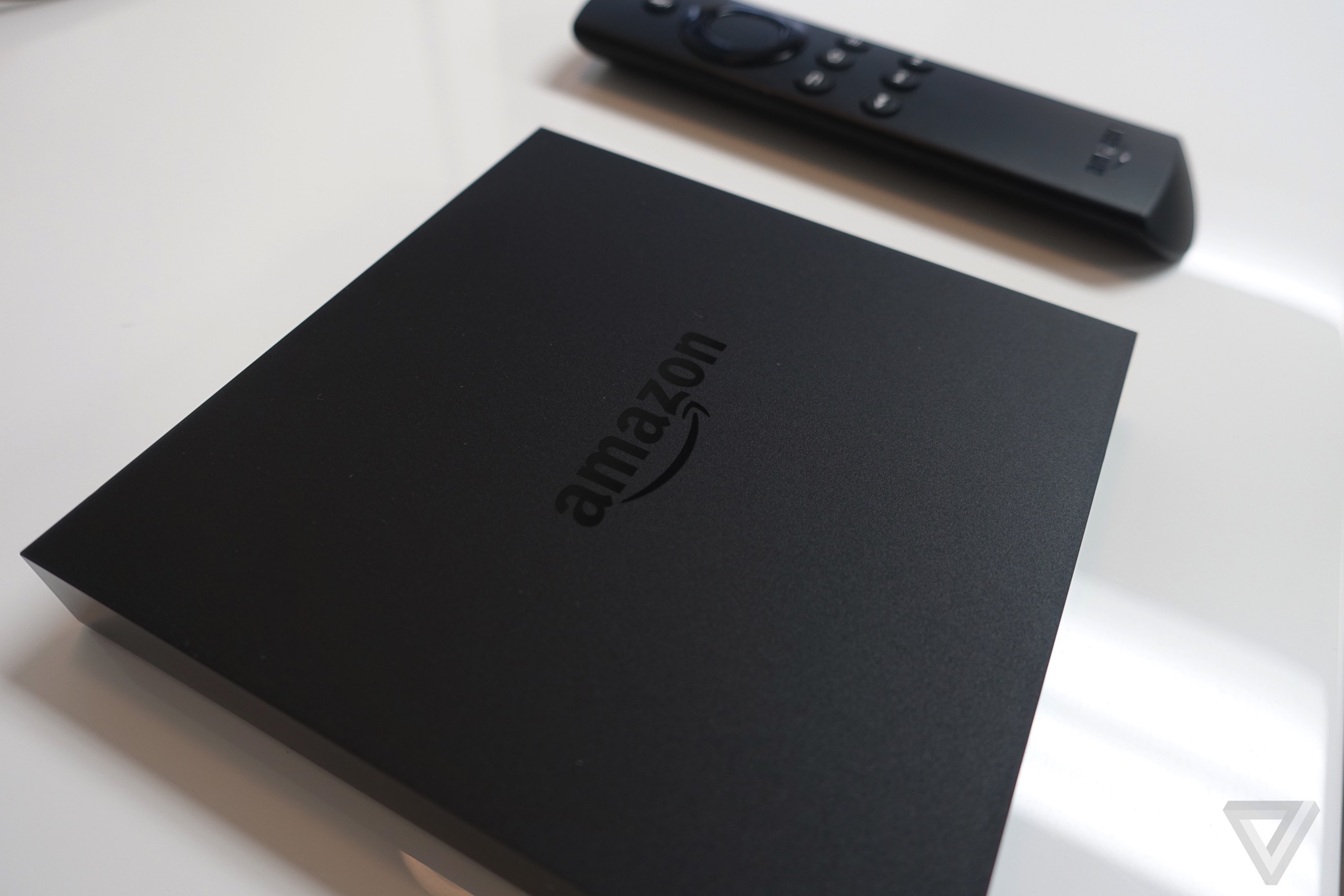 Oh, right. Alexa! That’s another welcome update to the box. Amazon’s first-generation Fire TV worked with voice control through its simple, black, plastic remote, but now "Alexa," the virtual assistant that was introduced with the Amazon Echo speaker, is powering the searches.

Alexa doesn’t perform all of the tasks that it does within the Echo speaker — you can’t, for example, set a timer or alarm on your TV. But you can ask Alexa, by holding down the mic button on the remote, to search for movies, TV shows, and games; ask who the stars of Madam Secretary are; ask what the weather will be in San Francisco later that day; ask who Walt Mossberg is (the answer comes from Wikipedia); and even command Alexa to add things to your Amazon shopping list.

Voice search can be hit or miss

It worked well most of the time, though not every time. Searching for "The Good Wife," "Amy Schumer," "George Clooney," "movies about spies," or "shows about lawyers," brought up the kinds of videos I had in mind, but sometimes the results weren’t as intuitive as I’d hoped, and Amazon tends to push its own Prime Video service wherever it can. Also, videos within Netflix’s app aren’t indexed in these searches. So when I used Alexa to call up Narcos or Chef’s Table, I’d get dozens of results related to drug lords and cooking, but not the video I really wanted. I would have to open the Netflix app and search within that, which I can’t do with my voice.

Speaking of Netflix, Amazon has been growing its content library over the past year, claiming the "largest and fastest-growing selection" of all the media players. What this really means is that there are no longer glaring omissions. HBO Go and HBO Now are both available through Fire TV, alongside Hulu, Sling TV, Showtime, WatchESPN, YouTube, Pandora, Spotify, NBC News, Crackle, and more. Basically, you can’t access your iTunes or Google Play stuff, but you’d be hard-pressed to find other stuff missing.

My biggest gripe about the Amazon Fire TV has to do with its interface. There’s a too-long list of menu options running down the left-hand side of the home screen, and the layout is very content-focused — recently watched items, suggested movies, popular shows, etc. It’s a personal preference (and a couple of my Verge co-workers disagree with me on this), but I like the channel-centric approach that Apple TV and Roku take. Basically, their home screens display a bunch of apps, which act as gateways to the programming, whereas Amazon shows you programming first and then tells you the apps or services through which you can access that video.

Another thing to consider is whether you need the full power of the Fire TV box, or whether Amazon’s $40 Fire TV stick, which doesn’t support 4K and only has 1GB of RAM, will do it for you. There’s also a gaming version of the Amazon Fire TV box that has a dedicated graphics engine and comes in a $140 bundle. While the games selection is virtually the same whether you have the regular Fire TV or the gaming edition (Crossy Road might just be my new favorite thing), you’ll save some money if you buy the bundle, which comes with a game controller and two free games.

The Fire TV still might not be as content agnostic as Roku or as stupidly simple to use as Apple TV, and for people who already have last year’s Fire TV box, this is not a rush-to-upgrade product. But for Amazon lovers who subscribe to Prime; keep videos, photos, and music in Amazon’s cloud; and want the 4K support, it’s a no-brainer.

$99.99 at Amazon
Most Popular
From our sponsor
Advertiser Content From