A third-party car stereo is all you need

It's taken a minute, but this is the year when Apple's and Google's in-car solutions for smartphone integration finally started to show up. You can now go out and buy a car that has support for CarPlay or Android Auto, plug in your phone, and drive away. But what if you already own a car and aren't planning to buy a new one for a few years? Fortunately, third-party car stereo makers, such as Pioneer and Kenwood, have released units that are compatible with both systems, and you can install them in your existing car right now. They're capable of giving you all of the goodies you get with native CarPlay or Android Auto support, but without the burden of spending tens of thousands of dollars on a new vehicle.

I've already taken factory-installed versions of Android Auto and CarPlay for a spin, but I wanted to see what it would take to get the same experience in my 2003 Toyota Corolla. My poor little sedan has had the same, basic CD player / tape deck / radio for a dozen years, which probably felt dated when it was brand new and is downright archaic today. Needless to say, it hasn't been easy to integrate a smartphone into my travel workflow: I've tried everything from cassette adapters to Bluetooth transmitters, but nothing worked great. My smartphone might have been cutting edge, but my in-car setup was anything but.

To rectify this and get a taste of the latest in-car smartphone experiences, I had a Pioneer AVIC-8100NEX head unit installed in my car. It's the top of the line of Pioneer's current offerings and has a suggested price of $1,400. (Though if you're savvy shopper, you can easily find it for hundreds of dollars less on Amazon and other sites.) As far as third-party head units go, the 8100NEX has everything: a powerful amplifier, Bluetooth, voice-guided GPS, lots of outputs, a 7-inch capacitive touchscreen, and even a DVD player. But I don't really care about all of those frills: I just want to be able to use CarPlay and Android Auto, both of which are supported by the 8100. You can get largely the same experience with less expensive models from Pioneer, with the main difference being they have a resistive touchscreen in place of the capacitive unit.

I haven't installed a car stereo since high school and putting the 8100 in my car was a bit beyond my abilities. Pioneer recommends that you have a certified shop handle the installation, so I took it to one, where my old radio was ripped out and the new one put in. Along with the main head unit, the 8100 comes with a GPS antenna and microphone that needed to be installed in the car. My Toyota doesn't have any factory-installed steering wheel audio controls, but those can be hooked into the Pioneer if your car has them.

All told, the installation took roughly three hours and cost about $200 for parts and labor. The shop installed a pair of USB extension ports and the custom housing and wiring harness necessary for my vehicle. Since the Corolla had a fairly basic stock stereo, installing the Pioneer was less complex (and likely cheaper) than it might have been on a more modern car with extensive audio or navigation options already installed. The shop where I had the installation done noted that for a vehicle like the Porsche Cayenne, parts can cost upwards of $600 just to make the head unit talk to the rest of the car's electronics.

Though the Pioneer supports both Android Auto and CarPlay, each one uses its own USB port, which is a little clumsy. You also have to configure the system manually each time you want to switch between an iPhone and an Android device, which can be annoying if your household uses both platforms. (Kenwood's receivers announced earlier this year are capable of switching between Android Auto and CarPlay on the fly.) Though Apple announced support for wireless CarPlay with iOS 9, Pioneer says the 8100 and its other CarPlay head units do not have the hardware necessary to use that feature, so you have to plug in.

Switching between Android Auto and CarPlay is clumsy

Just like with a factory-installed system, plugging in your phone to the USB ports on the Pioneer will charge your battery and allow you to run your chosen in-car platform. From there, the experience is largely the same: push the icon on the screen to launch the Auto or CarPlay app, and you're in. The microphone, which was installed at the top of the driver-side A-pillar in my car, allows you to use voice commands and take phone calls without having to touch your phone or type on the touchscreen. The one thing I missed from the more integrated systems was the ability to launch voice commands from my steering wheel, but if your car has native steering wheel controls, that's not a concern. 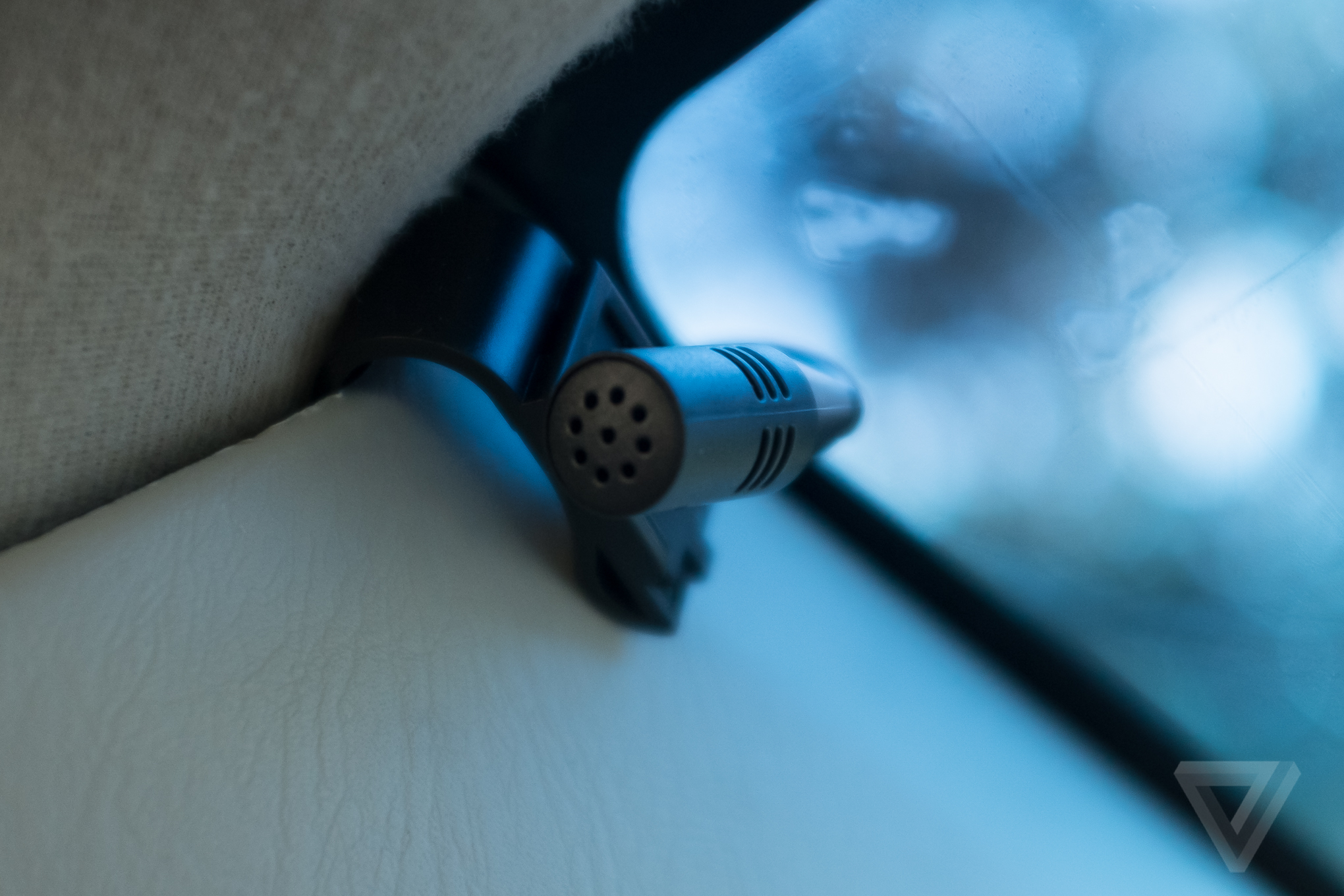 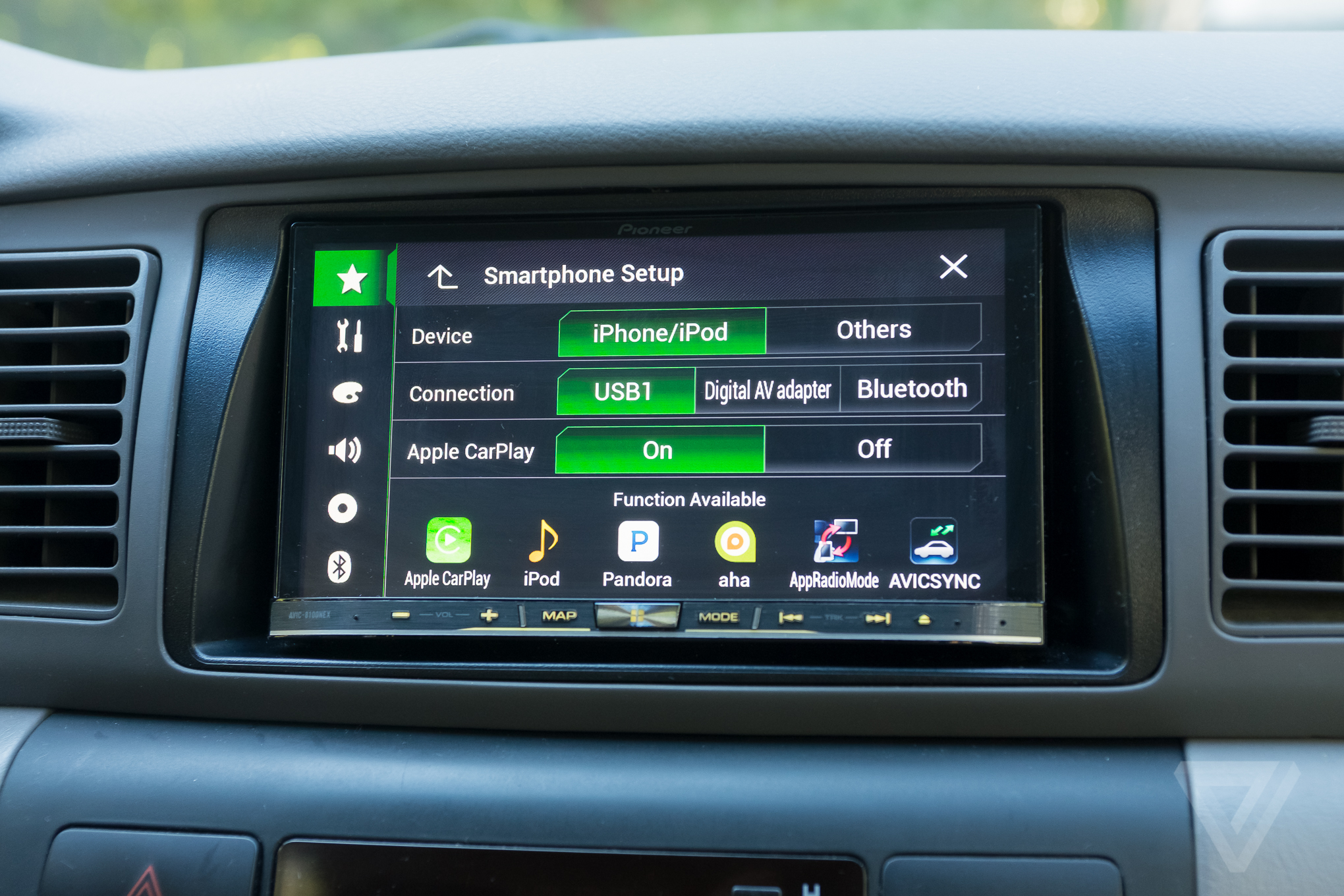 The $1,400 Pioneer I've been testing has a more responsive touchscreen than what's found in a $75,000 Corvette Stingray, but overall, the system isn't any faster or better. The aftermarket mic didn't pick up my voice as well as the ones in the Hyundai or Corvette, which made voice commands more difficult and in-car calls less pleasant. Launching Android Auto or CarPlay still takes a few moments, and can be a hassle when you're just going for a short drive.

But when you're out on a road trip, the integrated maps, entertainment, and messaging features of either platform really show their value. I suggest you read my earlier reviews for more detail on Android Auto and CarPlay, but it's safe to say that anything I said there also applies here. Android Auto has a nicer interface, but CarPlay has better voice recognition. Both are better than the standard interface and navigation services Pioneer ships on the AVIC (which you can still use if you want), and both still feel like they could use a bit more development work from Google and Apple.

Of course while this option costs far less than buying a new car, it's still a fairly large expense and probably not worth it unless you spend a lot of time driving. Chances are we'll see the cost of these head units come down as time goes on, but then again, it's only a matter of time before every new car on the market ships with Google and Apple support out of the box. Still, if you are itching to get a taste of Android Auto or CarPlay and a new car isn't on the horizon for you, installing one of these head units is probably easier than you think.