Today is October 21 2015, the heralded date glorified by 80’s scifi sequel "Back to the Future part II". As readers of this-y here internets, we already know how snarky online writers will scorn the movie’s predictions. "LOL, 2015 and no hoverboards, thanks a LOT Hollywood…." 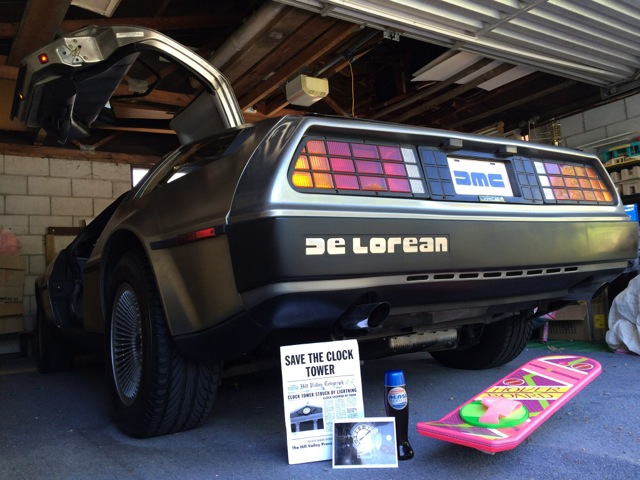 But beating up on a 1989 film for failing to predict the rise of sexting, that’s pretty lame. It would be as though you or I were to bash tech pundit John C Dvorak’s 1994 book "Dvorak Predicts", for spending too much time on a company called "I-B-M" with their operating system "OS/2", or thinking that Apple was "doomed". It would be like merciless mockery about how 1984’s Dvorak thought the computer mouse was an "experimental pointing device", and how he would never want "one of these new fangled devices". Or, how 2007 Dvorak thought the iPhone would kill Apple from the inside. As we enlightened online commenters of October 21 2015 now know, there was simply NO WAY for Apple to compete with such powerhouse phone makers as Nokia *AND* Motorola….

As predicted by the great Dvorak: The IPhone of 2015 is far from a financial or homophone-ic "success" 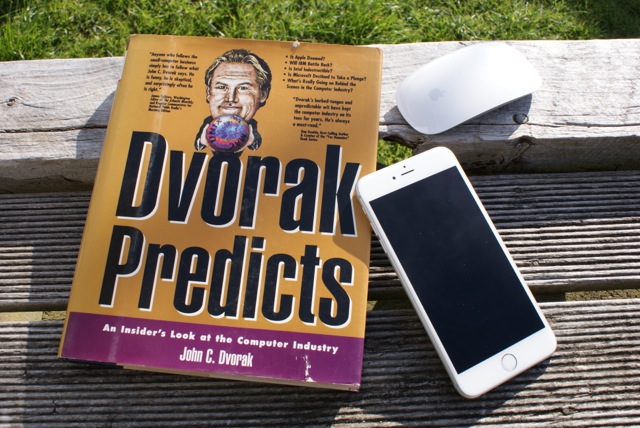 Yes, it would indeed be mean spirited to flog a man (or film) for predictions which didn’t quite turn out right, 30 years later. Living through THE October 21 2015, that’s a special occasion that we’ll tell our grandkids about. "And yer grandpa made it through The Y2K too! Ohhh it was horrible, we didn’t know if our Hotmail was going to keep working or not. No, that wasn’t a precursor to the Tinder Sexbot 5000, we just didn’t have Facebook Holo-mail back in the late 90’s, let alone Amazon Umbilical…."

I’d like to awkwardly force a segue-way. As a child of the late 80's, I'd like a hoverboard, world peace, AND a bold world of respect for nonhuman animals. As the Segway personal transport system came to re-define metropolitan commutes, I personally hope we’ll soon have a world of veganism, of animal rights.

May I present to you in equal measure, an online manifesto for world peace. And, a love letter for "Back to the Future part II". 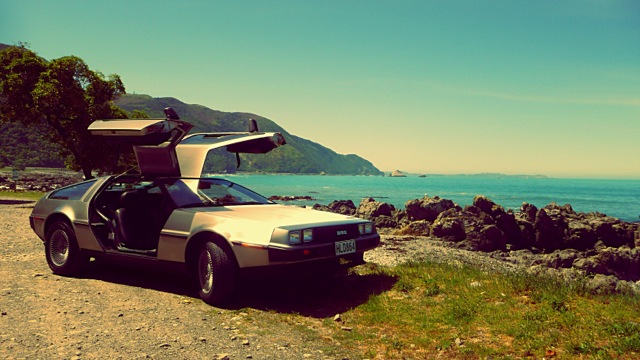 An arc of electricity licks over a garbage truck, crumpled newspapers swirl around tyres in a sudden breeze. Cracked with energy, the sky flashes white. The engine dies, headlights fade away. A human operator wonders, "what the hell" - twice - and gets out to find……crouched in the fetal position….a naked Arnold Schwarzenegger. Spoiler alert: he’s a time-pardox-ically half angry, half emotionless killing machine sent back from the future to exterminate humanity. As the nude Austrian stands, movie history is made.

1984’s "The Terminator" gave writer and director James Cameron his big break. A sequel followed, just as inspired as the original. Yet by "Terminator 3", less talented directors took over and trashed the apocalyptic franchise. Additional instalments should be avoided at all costs. Jump out of your vehicle, dodge the ricocheting electricity and run the other way. Charting the decline of each new Terminator movie, you’d think the future is destined to grow forever bleaker.

The big scifi movie of 1984 made the world of tomorrow seem dystopian, even "Orwellian". But the very next year, the original 1985 "Back to the Future" film introduced us to Doc Brown, Marty McFly, and their time traveling DeLorean. Speeding through the time-space continuum at 88 miles per hour, they journeyed back thirty years to the world of 1955. School dances, plutonium, and a 1.21 "jiggawatt" bolt of lighting relayed via the town clocktower.

Tremendous success lead to a sequel, "Back to the Future Part II". This time, the DeLorean (literally) flew off into the future, with flying cars, pink "hoverboards" and in "Biff Tannen", a Donald Trump-ish enemy. 30 years into the 1955 past, back to 1985, then 30 years into the future. We see the precise date they arrive in this world of tomorrow….October 21 2015. Why, that’s today!

Science fiction movies from the 80’s can be a little ….."unrealistic", in predicting future events. As of the actual October 21st 2015, we’re safe from the threat of cyborg teenagers smashing up the place. We’ve long abandoned the fax machine.

But we have very real issues affecting our world. For many millions of animals in New Zealand, their dystopia is not set in a fictional, hypothetical future. Suffering is their present-day reality. Chickens, pigs, cows, sheep….cats and dogs, it’s not easy being an animal. We hurt them, we kill them, we use them as mere things. We treat other animals as though they were lesser than us, even in our everyday language. To use an example from "Back to the Future", our teenage protagonist is often challenged to partake in risky behaviour. He’d better participate, or his "top of the food chain" status shall surely be questioned.

My wife and I live with rescued hens, and we know what wonderful birds they are. Chickens are, sadly, the most abused land animals on the planet. Male chicks are killed on the first day of their lives by the New Zealand egg industry, female egg laying hens after 18 months of life. Broiler "meat" chickens are killed around 6 weeks of age. With all the horrors we put these innocent birds through, and we have the nerve to portray THEM as the cowards?

The way we talk about other animals matters. We can choose to disrespect them, or, we can hold animals in high regard. The DeLorean itself, has fancy doors that open vertically. "Gullwing doors" glide upwards, named in honour of the Seagull's graceful wings. 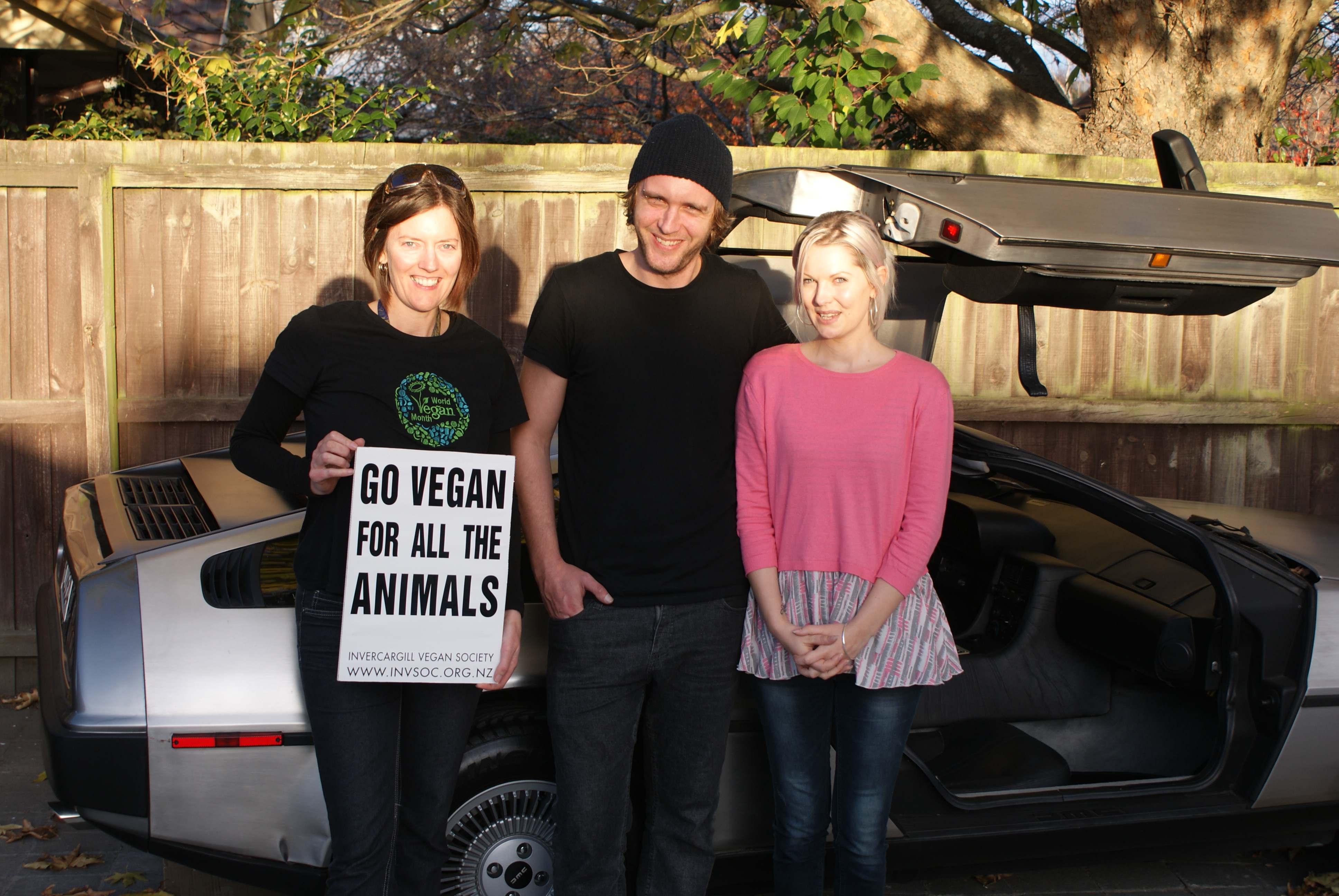 Invercargill Vegan Society members Miranda and Jono love animals. Through their organisation "The Vegan Kiwi", they work to support veganism, respect for animals throughout New Zealand. They also share a passion for "Back to the Future", owning a pink hoverboard, and, a DeLorean sportscar. As animal lovers, vegans wish to avoid hurting animals. In the food we eat, the clothes we wear, the choices we make, we simply skip things which involve animal cruelty. Living in the future, it’s only getting easier and easier to live vegan for the animals. Taking inspiration from "Back to the Future", we can all choose to "brighten the future", for animals in need.

The man who unleashed "The Terminator" upon mankind, James Cameron now endorses a move away from animal agriculture for sustainability reasons. "You can’t be a meat eating environmentalist". His star of "Titanic", Leonardo DiCaprio has recently produced a new version of documentary "Cowspiracy". Available on Netflix, "Cowspiracy" highlights how killing animals, animal agriculture is one of the largest sources of greenhouse gas emissions worldwide. For New Zealand, fully 48% of our emissions come from animal agriculture, more than energy and transport sectors combined.. As we respect animals more, we harm our shared environment less.

But you don’t have to be a famous liberal Hollywood celebrity to know it all, nor do you need a time machine to change the world. As Huey Lewis and the News sung through the movies: "it don’t take money, don’t take fame. Don’t need no credit card to ride this train".

We all have compassion for animals. We can all help animals in need, today. With our actions, we can choose to live in a way respectful and considerate for animals. As vegans, we can all work for a brighter future for our animal friends.

"That’s the power of love". 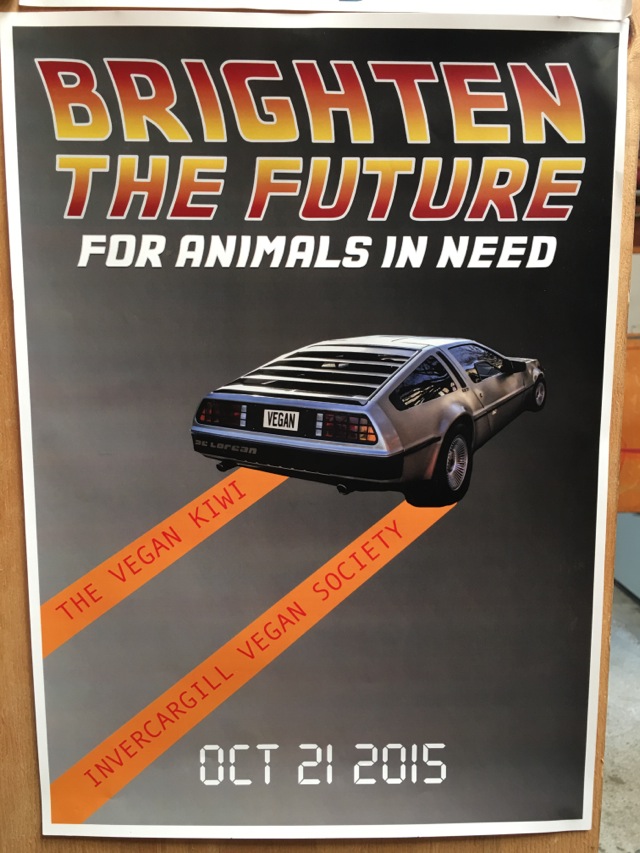