After 20 years in service, the Eurostar is finally getting some new trains. If you don’t live in Europe, then this might not mean much to you, but for people in France, Belgium, and the UK, the Eurostar is a familiar brand. In the UK, particularly, it’s one of the primary points of connection with the European mainland: a high-speed railway service that goes from London, to Paris or Brussels (and has various other destinations in France and the Swiss Alps). The carriages travel up to 300 kmh and shoot back-and-forth between England and France via the longest undersea tunnel in the world. For such a well-known service, 20 years is a bit of a wait for some new rolling stock.

The e320 trains were first unveiled this time last year, but with the fleet set to go into operation before the end of 2015, we thought it was time to have a closer look. The new trains are faster, quieter, and more energy efficient than their predecessors. Part of this is thanks to new fuel meters that help drivers track consumption on route, but from a more practical standpoint, it’s simply because the trains are bigger. The e320s carry a total of 894 passengers: that's 150 more than the old trains and twice as many as a jumbo jet. 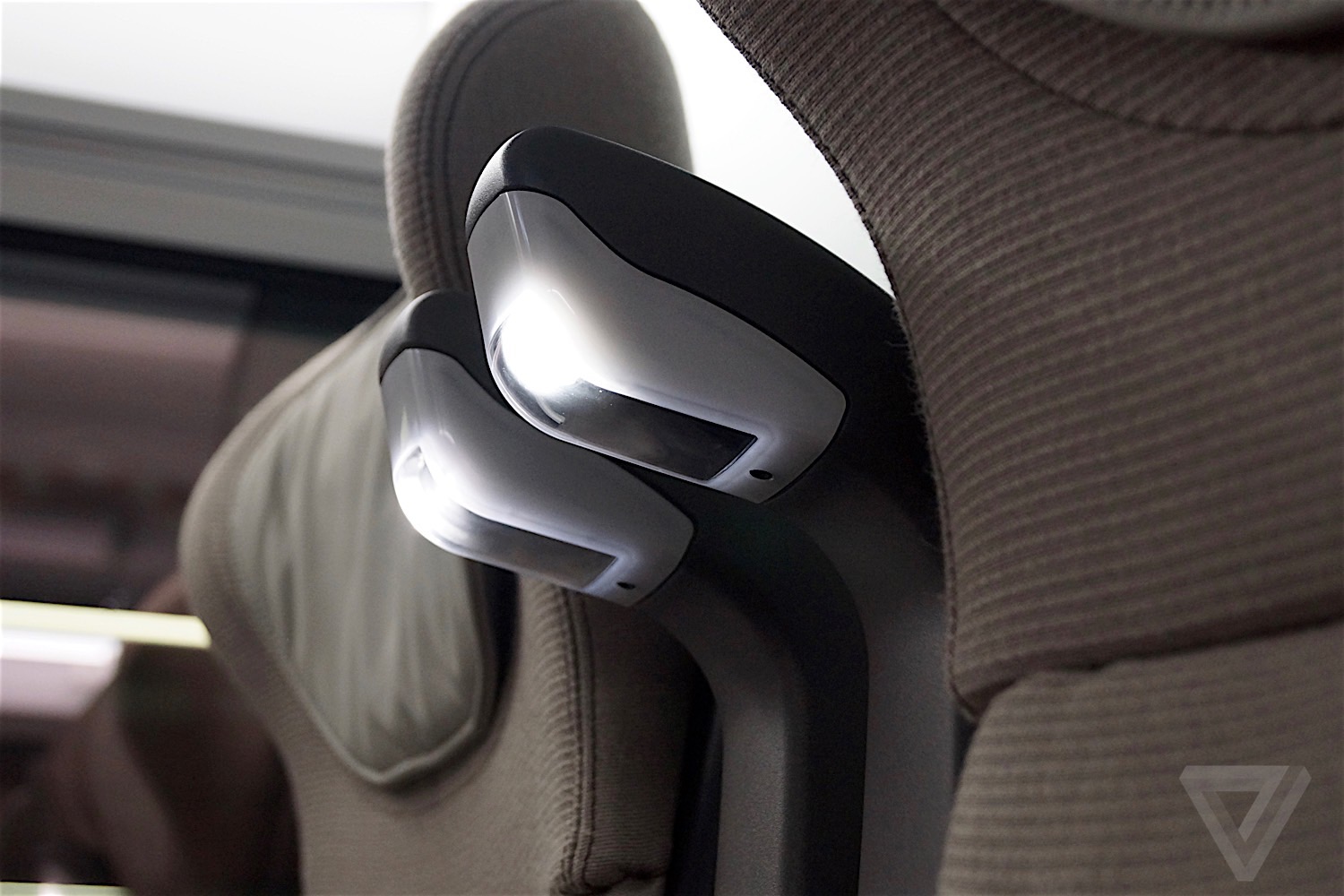 They’ve also got completely redesigned interiors courtesy of Italian firm Pininfarina, better known for its work on luxury cars for Ferrari and Maserati (the trains themselves, however, are built by Siemens in Germany). There are three seat classes: Standard, Standard Premier, and Business Premier, with the last two favoring red carpet with beige-and-brown seats, while the first (and cheapest) is supposed to resemble an airplane interior, with darker carpet and grey-and-blue seating. All the seats get plug outlets, USB sockets, and individual reading lights, while the Premier classes also get mirrors and cupholders as well as seat-backs that recline twice as far. There are plenty of nice touches, but it’s fair to say that this is still, well, a train. Sleeker than before, yes, but designed with functionality and (another) 20 years’ service in mind.

"What was interesting for us was the challenge of a train that somehow has about 20 percent more capacity within the same volume, but also has better comfort for each single individual," Pininfarina's design director Fabio Filippini told The Verge. "It's almost contradictory but that's what we think we achieved." It certainly beats flying at any rate.

Update October 21st, 8.55AM ET: Updated to clarify that while the trains were designed in Italy, they are built in Germany.