Google’s Chromebook Pixel is the ultimate Chromebook. It’s easily the most powerful, capable, and beautiful Chromebook. But at $999, it’s also an impractical product. Even if you’ve got the cash to burn, spending so much on a laptop that lives and dies by the web browser is a hard sell. I’ve got great news, though: other Chromebook makers are starting to approach the Pixel’s premium feel, and they’re doing it for way less money.

Dell’s Chromebook 13, which starts at $429, is the best example of this yet. Its fit and finish are what you’d expect from a laptop costing hundreds more, performance is great, and it’s got a battery that goes and goes. I’m convinced that this is the new standard by which other Chromebooks will be judged. Thanks for leading us here, Google, but the Pixel is starting to feel pretty unnecessary.

Dell’s strong first impression begins with exterior design. The Chromebook 13’s lid is wrapped in a soft-touch, carbon fiber weave coating that feels great. The rest of the laptop features a magnesium alloy construction that’s plenty sturdy and leaves zero worry about occasional, unexpected bumps. Aside from Google’s Chrome emblem and an Intel sticker, there’s nothing colorful about the Chromebook 13. It’s all a mix of black and dark gray, but that means the laptop blends in at the office just as well as at the coffee shop. The premium build easily outranks other Chromebooks I’ve recently tested like the Asus Chromebook Flip — and that one’s also got a metal chassis. The one trade-off is weight; the Chromebook 13 isn’t particularly light at 3.23 pounds, nor would anyone ever call this thing thin. But unless you’re specifically looking for an air-light Chromebook, it’s worth trading a bit of heft for the way this laptop feels. There’s no creaking or flexing or any other common symptoms of a cheaply made Chrome OS machine. The Chromebook 13 is just solid through and through.

It feels like a laptop that should cost hundreds more

There’s one slight annoyance that comes with such substantial build quality; the Chromebook 13’s lid is almost impossible to open single-handedly. You’ll end up pulling the whole laptop up along with it, but at least that demonstrates the hinge’s strength. Set the screen where you want it, and it’s not going to move even slightly. And once you do open it, you’ll be met with a pretty great 1080p display. The unit I tested has a matte finish, but Dell also offers the Chromebook 13 with a glossy Gorilla Glass-covered screen in higher-end models. I’d probably recommend the matte option, though. Reflections are the devil, and this eliminates them in nearly any working environment. You’ll probably be taking this Chromebook all over the place, so that flexibility really proves valuable. The display is sharp, bright, and colorful, though the white balance leans a bit warm for my taste. Sharpness is one area where the Pixel still dominates other Chromebooks, but you could also argue that it’s severe overkill. For editing Google Docs or repeatedly watching the Star Wars trailer in 1080p on YouTube, Dell’s panel gets the job done.

The base is home to a splendid backlit keyboard that’s second only to the Pixel in terms of comfort and usability. Key travel and spacing felt no different from my 15-inch MacBook Pro, which allowed me to feverishly type away with nary a typo. And oh, that trackpad. Dell’s brought over the glass trackpad from its XPS laptop line, and it’s yet another thing that makes the Chromebook 13 feel way more premium than its price lets on. Swiping through Chrome is effortless, and the trackpad reacts instantly to gestures. It’s exactly what you’d want.

On the Chromebook 13’s left side you’ll find the power input, headphone jack, a full-size HDMI port, one USB 3.0 port (a slower USB 2 port is on the opposite side), and a microSD slot. I question Dell’s logic in choosing microSD here, since a full-size SD slot would’ve been way more convenient for just about any scenario. My suspicion is that very few people will bother with the Chromebook 13’s expandable storage. Internally, it comes with 16GB of flash storage and 4GB of RAM. You could pay more for 32GB of space and 8GB of RAM, but honestly, the $429 base model is really enough for what most people will do with a Chromebook.

That base configuration is powered by Intel’s Celeron 3205U processor, and again, I see little reason to pay more for the optional Core i3 or i5 SKUs. I threw tabs and tabs at this thing, and it kept humming right along without any dips in performance or noticeable stuttering. The Chromebook 13 hopped between Spotify, YouTube, Netflix, Hulu, and numerous other websites pretty effortlessly. Think of everything you use a laptop — er, a web browser — for, and this will do all of those things just fine. And it’ll do them for a long time. When charged the night before, I never once managed to exhaust this Chromebook’s battery in a single day. It’s just something you don’t have to worry about. Be thankful for that, because the Chromebook 13’s charger is obnoxiously big and a real burden to lug around. It’s pretty great knowing you’ll never have to, and the laptop is also quick to top off; a full charge takes roughly 90 minutes.

So then we’re left with Chrome OS. And by now, the complaints I’m about to rattle off are going to sound like a broken record. Google’s Chrome browser is perfectly capable of handling most productivity and entertainment tasks, but we’re still not at a place where you’ll be editing photos or a video timeline on any Chromebook — even the Pixel. And if you’re offline, there’s still little reason to power one on. The internet remains Chrome OS’s lifeblood, and when you’re away from Wi-Fi, the things you can do with a Chromebook remain very limited.

But the operating system as a whole is evolving swiftly. I’m a big fan of the Expose-like multitasking view, and I find myself actually using the function keys on Chromebooks, particularly the one that switches between fullscreen mode and back. I still see Chromebooks as the perfect secondary computer, even though they manage to check off 95 percent of everyday tasks. I’d take this over some underwhelming $500 Windows laptop in a heartbeat. Dell makes great Windows machines, and now it’s setting the bar for Chrome OS.

With the Chromebook 13, Dell has managed to produce a stunner of a Chromebook, and unlike Google, it’s done that while sticking to sane, attainable pricing. It ranks best in class on nearly every front, even compared to favorites from Toshiba, Asus, Acer, and Samsung. Truthfully, you can spend less money and get a capable Chromebook from those companies. And yes, the $1,000 Chromebook Pixel technically bests the Dell. But with everything that’s here — the top-notch build, a wonderful keyboard / trackpad combo, and marathon battery life — it’s worth saving up the extra couple hundred bucks and getting the Chromebook 13 over its lower-cost competitors. 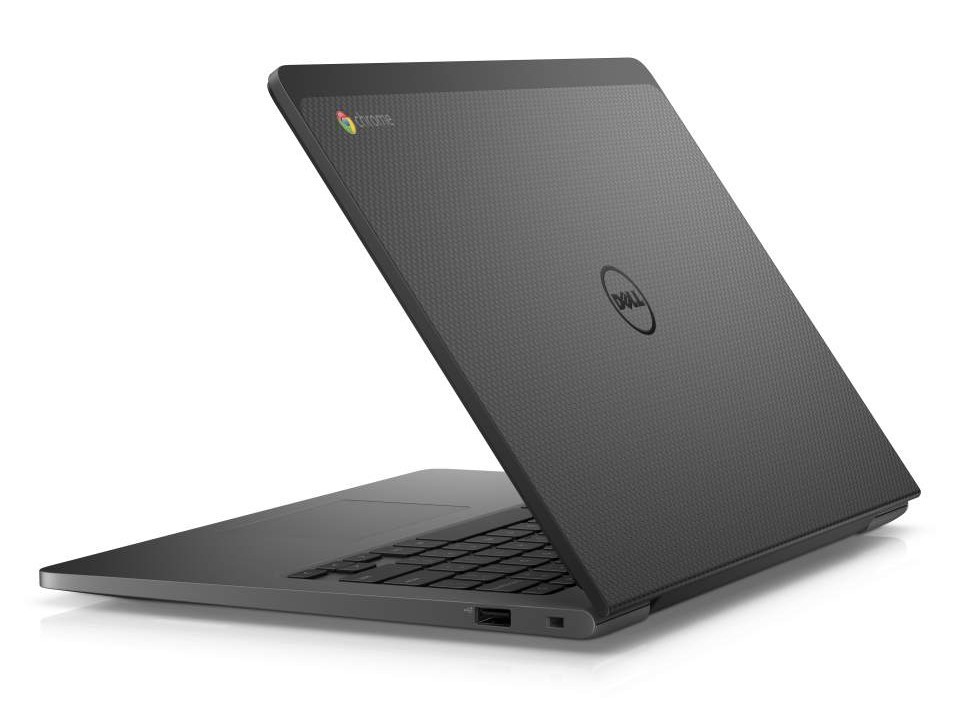