I would like a sports car. I don’t know how to drive a stick, am confused by fuel variety, and have no plans to visit a speedway, because the last thing I want to risk is damaging the majority of my annual income. A sports car is clearly not made for me, but I want the sports car nonetheless. It looks cool, it embodies status, and the potential of its power is as important — if not more important — than its application.

The Microsoft Elite Wireless Controller is a sports car. It’s beautiful, expensive, has plenty going on under the hood, and will likely be purchased predominantly by people who crave it as a trophy rather than a tool. In hand, the Elite is unabashedly intimidating, built from the ground up for professionals who will spend hours tweaking and customizing it. Along with the eight buttons, two joysticks, and a direction pad, the Elite includes four programmable paddles, a couple switches, four alternate joysticks, and an alternate omnidirectional pad. It’s comical, while using the Elite, to think it came from the same company responsible for Kinect, a hands-free peripheral that hoped to remove the controller as a barrier to newcomers.

So complex, it's hard to imagine the same company made Kinect

I began playing video games when I was three, and I felt like a bit of a newcomer, fumbling at first with the Elite. Trying to hop right into Halo 5, I kept accidentally hitting the pedals on the rear of the controller, causing Master Chief to toss grenades into walls, killing himself. The Elite controller takes some practice and patience. For the first time in decades, gamers will have to take a moment to learn the controller. Within its corresponding Xbox One app, the controller can be fully remapped, allowing you to assign inputs to any button or paddle you’d like. Want to make the X button behave like the A button? You are too wild! But don’t let me stop you; chase your bliss!

After the sixth unintended death by grenade, I spent a half-hour tweaking the controller. The hardware calls for the tinkerer. I eventually created a configuration that I found comfortable, and yet I can’t say with confidence the added buttons improved my skills. I suppose it will be weeks before I have any real grasp, and that will require me not removing the paddles, which will be tough to resist if I keep accidentally triggering them. That is an option, removing the paddles. The paddles snap off from the controller with ease, and you wonder if Microsoft knew early on, "Hey, maybe four paddles that go where your fingers rest won’t be for everyone." 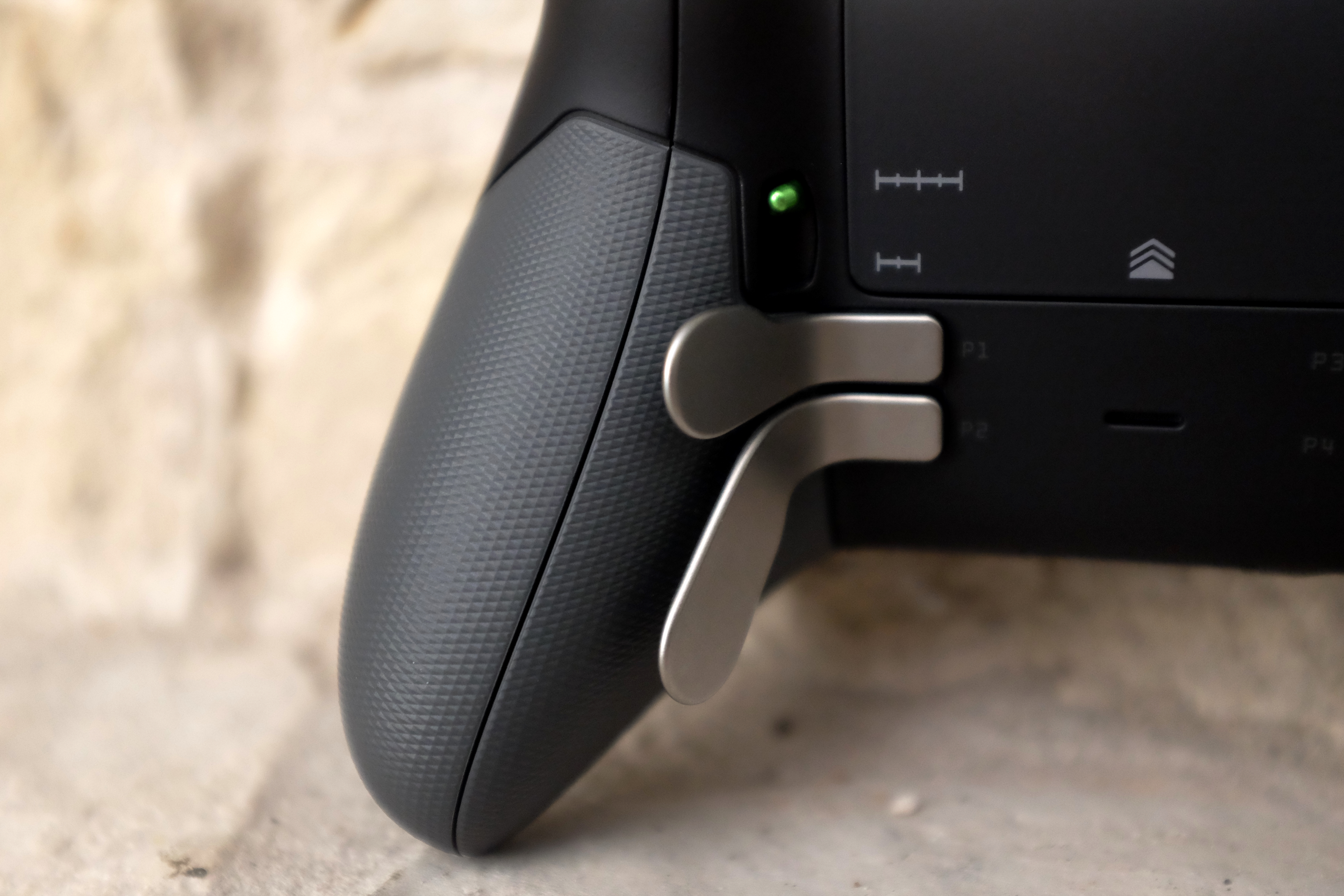 The Xbox Elite Wireless Controller, as if I hadn’t been clear enough, isn’t for everyone. Its $150 price tag dwarfs the $59.99 suggested retail price of the vanilla Xbox One Wireless Controller. Considering the latter is regularly available at a discounted $50, the thrifty shopper could buy three generic controllers for one Elite. Of course, this comparison is akin to saying a car owner could purchase two Priuses for one Porsche Boxster. l say Prius for a reason: the normal Xbox One Wireless controller is, like a nice sedan, excellent, even high quality, for the vast majority of people, towering above the many cheaper and poorly wannabes. It’s also vanilla. It’s what most people have or want. It’s not sexy.

There are two key customers for the Xbox Elite Controller: the professional and the covetous, the people who will use the controller to make money and the people who will spend money to look good. Judgements from the professional side of things will follow, and while I would like to pretend my expert opinion is tantamount, I recognize the people making a living playing Call of Duty and Halo will tell us the most about the Elite Controller as an athletic upgrade. The option to change the sensitivity of the joysticks and trigger buttons is meant to entice players who dedicate dozens of hours a week to competitive shooters. For average gamers, though, the value or even difference in play is tough to test, as there’s no way to demo the sensitivity modifications in app. You must make the tweaks, play a game to see how they perform, and hop back into the controller software to further adjust. I see how this may give an advantage to players who measure moments in milliseconds, but again, for the average person, we're talking about tinkering under the hood for the sake of tinkering. In my case, I’m more likely to make things worse than I would by sticking with the defaults.

Microsoft has produced the best video game controller on the market: the vanilla Xbox One controller. If you want something sleeker, faster, cooler, now that’s an option, too. 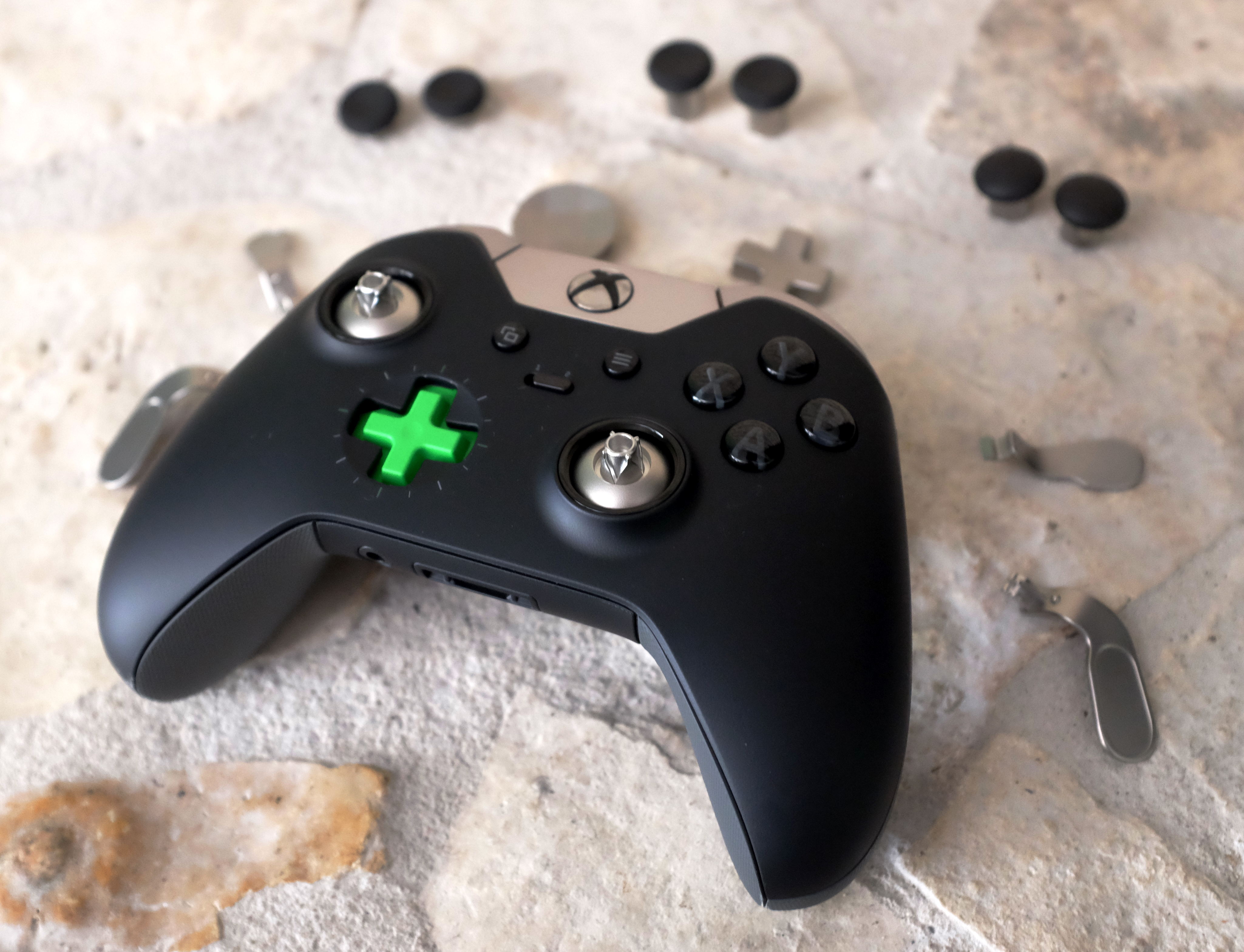