It only took a few decades

For years fans have argued over which version of the Street Fighter II soundtrack is the definitive one. The arcade classic saw multiple updates and re-releases, as SFII eventually gave way to Super Street Fighter II, which ran on a new, updated arcade board called the CP System II. Among other features, the new board made it possible to program more complex sounds. And so the SSFII soundtrack was an update of the original, including more instruments and some new tracks. Nearly 25 years after the game first debuted, fans still can’t decide which is better.

So when record label Brave Wave first began the long process of remastering the soundtrack, it had a decision to make: which version should be included? "One of the first things that we figured out is, this is going to have both of them, because that has never been done before," says Brave Wave creative director Mohammed Taher. "Instead of us deciding which version is definitive, why don’t we just release both to the fans and they can enjoy both?"

"It took us a long time to squeeze the potential out of these songs."

Set to release later this year, the remastered SFII album will be the first in Brave Wave’s new "Generation Series" of updated classic game soundtracks. Called Street Fighter II: the Definitive Soundtrack, the album will have more than 100 tracks from both versions, wonderful packaging crafted by designer Cory Schmitz (who also created the Polygon logo), and even a vinyl release. Original composer Yoko Shimomura is writing liner notes and approving the remaster of each and every track. The idea is to do for game soundtracks what the Criterion Collection did for film. "When you hold a Criterion disc in your hand, you can see that they really have great attention to detail," says Taher. "We wanted that same thing with the Generation Series."

Brave Wave got its start in 2013 with the release of World 1-2, a collection of songs featuring some of the biggest names in game music. Since then, the label has expanded rapidly, with a roster of musicians that includes some of Japan’s most influential composers, including Manami Matsumae of Mega Man fame, and Ninja Gaiden composer Keiji Yamagishi. SFII’s Shimomura is also part of the ever-growing lineup. Until now, the label has focused primarily on original music; earlier this year Yamagishi released his first solo album through Brave Wave, while the label also put out soundtracks for games like the indie hit Shovel Knight. 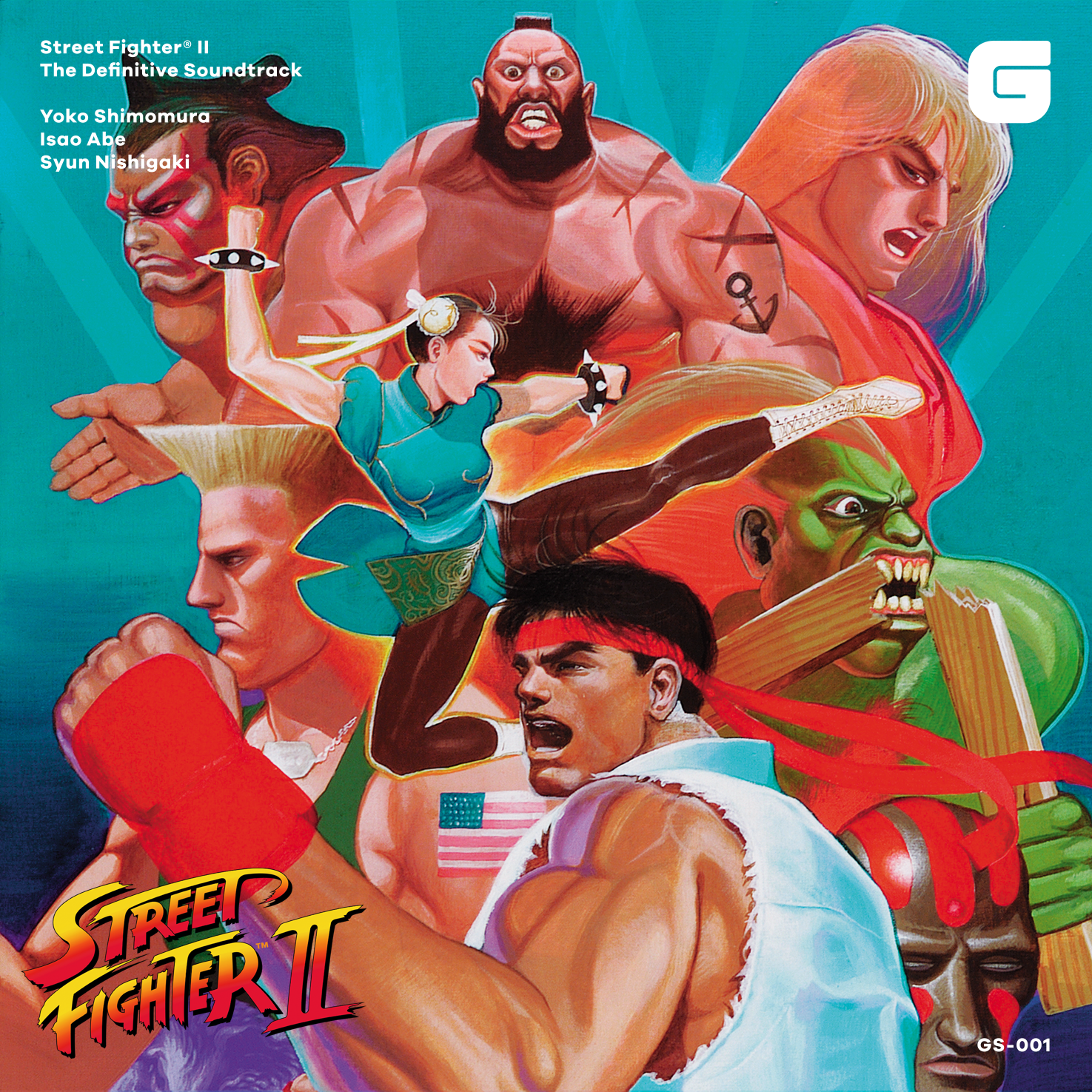 When the company started thinking about exploring classic albums, it didn’t want to do simple re-releases. "We knew from the beginning that we would have to bring something to the table," explains sound engineer Marco Guardia. "We didn’t just want to re-release soundtracks that were already out. We wanted to do something where we could bring something to an audience in a way that hadn’t been done before. Restored and remastered, and sounding better than it ever had."

Brave Wave first pitched the idea to Capcom late last year. There was no in-person meeting; instead, Taher hired a designer, and put together a website of what the album could look like, if it were real. "We were banking everything on this Capcom thing panning out, because we had already invested money in developing the brand," says Guardia. "The website had already been put together, it looked like this already existed. So that’s how we pitched it to Capcom."

The pitch was approved, and since then the team has been working on updating the decades-old songs so that they sound cleaner and more modern. It’s been a laborious process. First, sound engineers in Japan pull the original audio from the actual arcade boards, and then send them to Guardia for remastering. Even this first step proved a challenge; while it was possible to digitally extract songs from the older CPS-1 board, the newer CPS-2 tracks required a more complicated and unreliable process. And for quite a while, the quality was simply unusable, with rough sounds that weren’t enjoyable to listen to.

"We wanted to make it sound a little more modern."

Eventually Guardia found a method for cleaning the audio, but it took time; especially when you factor in the large track listing of more than 100 songs, and the fact that each one had to be approved by both Capcom and Shimomura. "Something like this honestly shouldn’t have been our first release, because it’s such a giant number of tracks," Taher says. "It took us a long time to squeeze the potential out of these songs."

The changes are obvious even if you aren’t an audiophile. Just listen to the clip on the right, which cycles between a remastered version of Ken’s theme and one from an older soundtrack release (the remastered version is first). The Generation Series track is cleaner and more dynamic, and sounds like something you could listen to on your Sonos, not a quiet song filtered through an arcade cabinet speaker.

"We were trying to strike a balance between staying true to the song and it being authentic. We didn’t want to go overboard and mess with the sound to a degree that it sounds nothing like it used to," Guardia says of the remastering process. "It had to have that authenticity still. But we wanted to make it sound a little more modern, and we were worried that Yoko was going to be bothered by this, and that she was going to say ‘no, it sounds too processed.’ But, surprisingly, that wasn’t the case, and in fact she encouraged us to do this."

Street Fighter II is the first game in the soundtrack series, but Taher and Guarida have plans to give other titles a similar treatment. Nothing has been announced yet, but the two are primarily looking at classic games with hard-to-find soundtracks. (The Mega Man series seems like a good bet, since it’s developed by Capcom and the composer has already worked with Brave Wave in the past.) "We wanted to make soundtracks for mainly old games," says Taher, "because they’re not really released or preserved in any good way."