The X is for experimental

The OnePlus X is many things. It’s a 5-inch phone that feels like it should be $500, but costs only $249. It’s a device with the aesthetic quality you might expect from an established tech brand, but it’s made by a Chinese startup less than two years old. It’s also a shameless tribute to the design of older iPhones you can only buy with an invitation.

One thing it’s not, insists OnePlus co-founder Carl Pei, is a mid-range smartphone. "We still don’t have a good way of categorizing this type of device,” he tells me. "We’re never going to make a phone for $100 or $150. Our goal is always to make really great products, and at that price point it’s not possible. You can't afford to make it using these materials.” The materials he’s referring to are the OnePlus X’s glass back, as well as the components inside that put the X closer to last year’s high-end smartphones than the devices you can buy today for a couple hundred bucks. 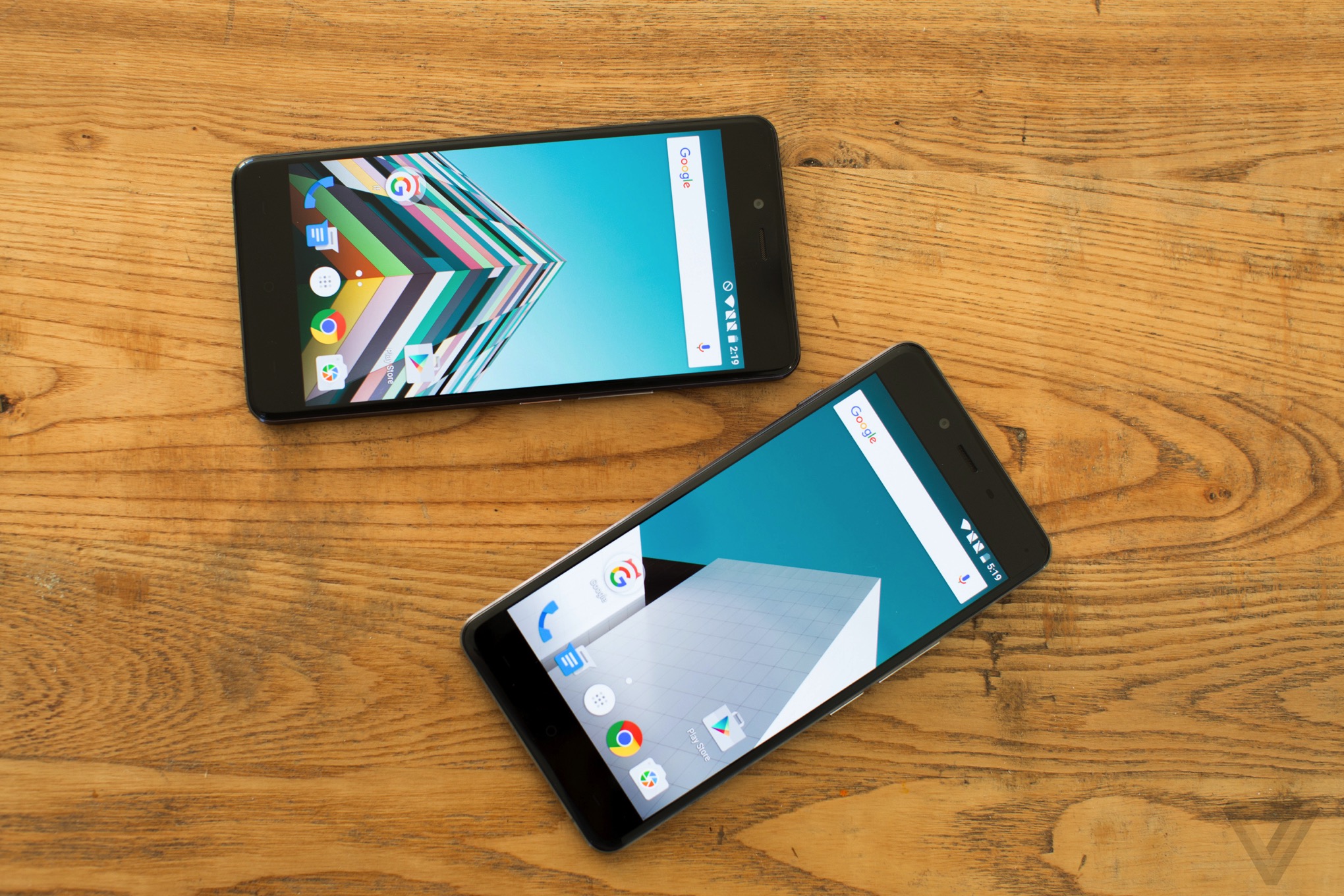 If you pay attention to Chinese upstarts in the handset business, you may be wondering why OnePlus would release a phone with last year’s components when it just began shipping its "flagship killer" OnePlus 2 to US customers in August. Essentially, OnePlus wants the X to be its own version of the iPhone 6S or Nexus 5X — a device that trades off a bit of power, battery life, and screen size in exchange for a design that fits comfortably in your hand.

If you don’t want a huge phone like the OnePlus 2 or Nexus 6P, you have the option of downsizing at a cheaper price to reward your willingness to sacrifice performance. For OnePlus, its flagship line (denoted by numbers at the end) will feature top-of-the-line components and more future-proof technology like USB Type-C connectors. "The X line will always be the line where we can experiment a bit more."

For the first time, OnePlus is using an 5-inch AMOLED display with 1080 x 1920 resolution, instead of an LCD one. The X will also pack 3GB of memory, a 13MP back-facing camera and a 7.6MP front-facing one. It also contains a microSD slot, a first for OnePlus, for expandable storage up to 128GB. The disappointment on the spec chart is its Snapdragon 801 processor, which was used in flagship phones as far back as 18 months ago, but is downright ancient in today's world. The OnePlus X also lacks a fingerprint sensor and NFC.

"The X line will always be the line where we can experiment."

OnePlus is betting on the idea that customers will get sticker shock now that the iPhone's $649 price tag is more exposed. As phone subsidies begin to recede in Western markets, Pei thinks the allure of OnePlus' low prices will trump the need for the most cutting edge gadget. Of course, device makers like Apple and cell carriers in the US have found a way to lessen the blow of a full-price smartphone by selling it through monthly installments that include trade-in options and warranties. OnePlus can’t offer either of those, which limits the appeal of the product to the smaller percentage of customers now accustomed to buying unlocked devices. That number is growing, but it still represents a minority in the mainstream smartphone market.

Read more: How to buy a OnePlus X

At $249 for a 16GB model — there won't be a 32GB or 64GB version — OnePlus thinks the X will sell more than the company's previous two phones, despite its old components. "The incremental benefit of adding super high specs on a phone is decreasing," Pei adds. While the average consumer may not notice a Snapdragon 801, it still lags behind the more standard 808 and even further still from the 810 inside the OnePlus 2.

With the X, it’s clear OnePlus is trying to cater to a crowd of design geeks that are willing to sacrifice being at the bleeding edge for a cheap phone that feels far superior than its price tag suggests. While the standard OnePlus X will be called Onyx, the company is also releasing a limited edition ceramic version sometime before Christmas for European customers.

OnePlus X Onyx for the everyman

The ceramic version won’t offer anything of substance over its cheaper counterpart save the nicer manufacturing materials. Yet OnePlus is reaching nonetheless to position it as a device of unreasonable excess. It uses sand imported from Australia, which may or may not be better than sand from elsewhere, and OnePlus says only 20 out of 100 ceramic bodies meet quality standards. OnePlus is only making 10,000 of them starting at €379 (about $414). Don’t expect to see this device … well, ever — unless you’re an eager Europe OnePlus fan who knows they can snag an invite. 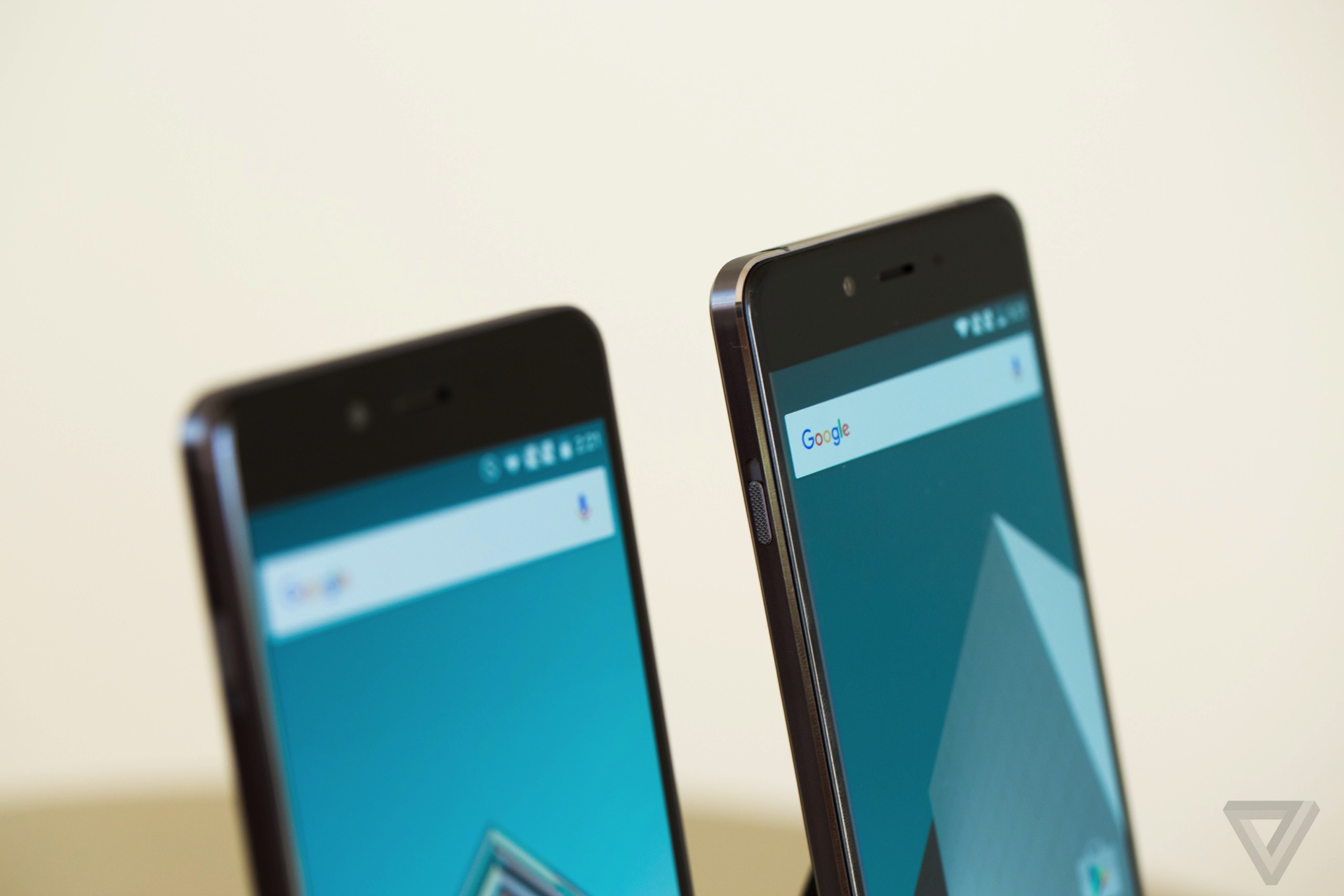 The OnePlus X features a notification slider that changes frequency from "mute" to "priority" to "all."

Still, a significant amount of care went into the ceramic OnePlus X and it feels fantastic to hold, with a considerable heft and nearly two dozen so-called micro-cuts in the side of the phone that make it easier to hold. These aesthetic qualities trickle down to the Onyx version, which carries a sensation of superior build quality comparable even to the iPhone 6S. Of course, the phone also resembles mashup between the famous boxy design of the iPhone 4 and the more modern traits of Google's Nexus line.

The question with any OnePlus device, however, is when exactly consumers can get their hands on it. The company is putting the X behind an invite system, as it has for past devices, so you’ll need to receive one from OnePlus by signing up starting today or from a lucky friend to even put down money for a preorder. But Pei says the company is trying to address demand, so it’s limited its invite system to one month. After that the company will open orders to the public for a limited time every week as it ramps up production.

The invite system will only last one month

There's no telling if OnePlus will meet that deadline. The OnePlus 2, which suffered from a three-week shipping delay earlier this summer, is available only through an indefinite invite system. The OnePlus X will start its own one-month invite process on November 19th when sales open in the US (November 5th for India and the EU).

Pei insists the velvet rope system is still a function of managing demand with the confidence that it can match supply. "A lot of our competitors have had to write down a massive inventory of unsold devices," he says. "If we had to write off inventory, we’d probably go bankrupt."

Read more: How to buy a OnePlus X