Livin' Da Dream turns MyCareer into a movie, and that's not a good thing

I’ve spent hundreds of hours lifting nobodies to NBA stardom over the last half-decade. Tiny point guards who can jump like Spud Webb and bomb threes like Steph Curry; prototypical shooting guards, chiseled from marble and feted with endorsements; paint-bound monoliths who back their way into MVPs and championships; I’ve made them all, played them from the ends of benches to fake billboards around the world. The NBA 2K series’ create-a-player mode — it’s been called MyPlayer and MyCareer at various points in the series — is one of my favorite things about sports video games.

At its best, it captures the essential silliness of achieving individual, virtual greatness and marries that silliness to a potent, finely tuned power fantasy. When all of your work and skill development culminates in a windmill yammed on some unsuspecting center’s head — or a trip to the Hall of Fame — there are few things more rewarding. I love this goofy part of an otherwise serious game, and that’s why it hurts me to tell you that 2K and Spike Lee have come together to ruin its newest version.

This year’s version of MyCareer marks a major step away from the loose narratives and scattered cutscenes of games past. Lee wrote, produced, and directed Livin’ Da Dream, the framing device for the first half-dozen hours of NBA 2K16’s career mode, like it was a feature film; you’re invited to rewatch it in full on your player’s private practice court after you’re led through the conclusion by enough gameplay. You play Frequency Vibrations, "Freq" for short — that’s your nickname, everyone will call you that no matter what name you actually choose, and it carries over into your post-narrative career, so you might as well get used to it. (You can change it in the options if you’re really desperate, but the game doesn’t point that out.)

You’re a product of the Harlem projects and two loving parents, a fantastic student, and a basketball prodigy. Lee traces your ascent from high school and college stardom to the Big Show alongside your twin / manager CeCe and your troubled best friend Vic Van Lier; without spoiling anything, it’s a story that ends in a tragedy you’ll find almost welcome if you react to these characters the same way I did.

It's a cliché-ridden, shallow, ridiculous mess

I think Livin’ Da Dream is a cliché-ridden, shallow, ridiculous mess, but that’s not my biggest problem with this version of MyCareer. Enumerating the problems with Lee’s script and characters could gobble up this entire piece, but I’d be missing the forest for the trees. The problem with the development and inclusion of Livin’ Da Dream is that it completely misunderstands the appeal of MyCareer mode in the first place; it results in an oppressive, narrow experience, one at odds with the mode’s actual gameplay and character development.

Here are two inconvertible, gameplay-specific facts about this year’s version of MyCareer: you start your NBA life as one of the worst players in the league, and it’s harder than ever to reach the game’s elite. In a vacuum, there’s nothing wrong with that; in fact, as a long-time player, the changes are welcome. If you want to score and improve as a player, you have to play smart and pay attention to the game’s mechanics: you can’t just bust a spin move and a crossover for a layup over opponents who are faster, stronger, and smarter than you anymore. You have to run the pick and roll and the game’s set plays; you have to accept a smaller role at the start of your career and defer to your superior teammates. 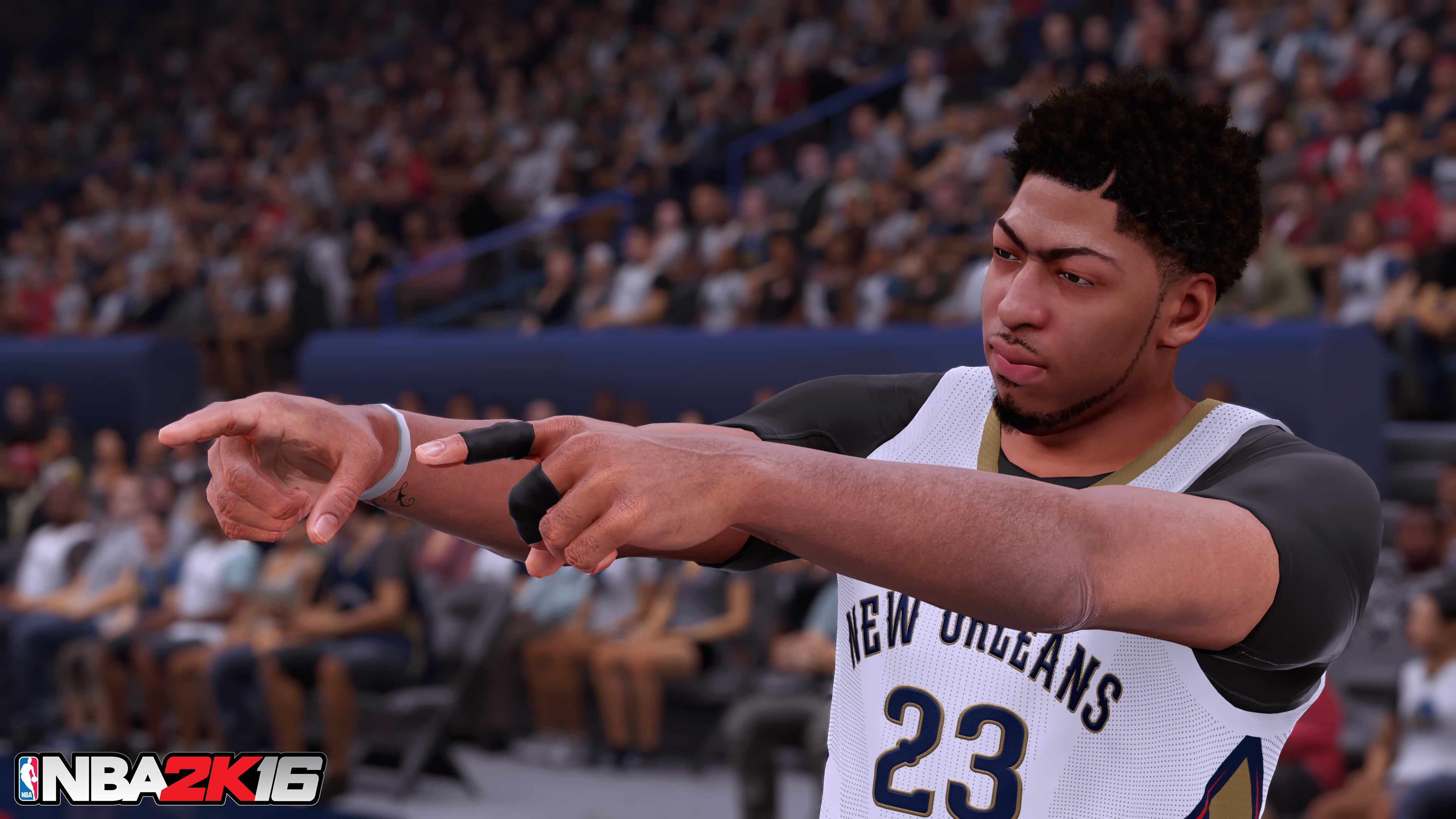 This is only a problem because Livin’ Da Dream insists at every turn that you’re a transcendent force, a generational talent on the level of LeBron or Kobe. Your agent tells you you’re one of the greatest players he’s seen in decades and gets Jordan to make you a signature shoe; the game’s announcers talk about you like you walk on water even as you’re clunking mid-range jumpers off the rim and throwing passes into the stands. (This is going to happen no matter your skill on the sticks.)

This isn’t just contradicted by the reality of gameplay — it’s also made to look ridiculous by the mode’s own fiction and constraints. You’re only allowed to play eight of the 82 games in your rookie season as a means of gating Lee’s narrative, and the rest are simulated. If you look at your stats — minutes played, counting stats, percentages — they’re representative of a bench-warmer, not a star-in-the-making. And when you’re made a free agent at the end of your rookie season for a trivial, tangential reason, it doesn’t exactly deliver on the promise of your high school legend or your apparent commercial potential. Imagine someone like Andrew Wiggins or Anthony Davis being cut because they had one dumbass friend they couldn’t shake. When Livin’ Da Dream finally wraps, you’re dumped into your second year in the league with almost no new skill and no real control over your player’s narrative. And everyone still calls you "Freq."

It's frustrating because 2K knows how to do this right

MyCareer’s failure this year is particularly frustrating because there’s plenty of evidence that 2K knows how to do this right. By coupling the mode to Lee’s mediocre story and shackling every single player to it, they’re neglecting the medium’s narrative possibilities and ignoring the way the game actually works. Previous versions of MyCareer haven’t been rich or serious or cinematic, and that’s just fine; instead, they’ve been flexible, funny, and interactive. They gave you silly rivals and dopey agents and wooden performances from real NBA players, and they let you figure out your own path to stardom: short, long, winding, direct, whatever you want.

The game’s fiction was minor, but it was accommodating, and that was much more important. I find myself longing for the halcyon days of Jackson Ellis and the Rookie Showcase if only because I was allowed to fill in my player’s blanks myself. I’m wiggling sticks and pressing buttons to achieve basketball greatness. I don’t need immersion or narrative gravity; I need fun.

NBA 2K16’s only been out for a few days, and it’s possible that extended time with my newest virtual star will wash the bad taste of Livin’ Da Dream out of my mouth. There’s a new off-day time management system that seems pretty neat, and I’m still wrapping my brain around gameplay tweaks that feel substantial and satisfying. But I can’t help feeling disconnected from a part of the game I loved, and that’s a shame. It’s silly, but it feels like a yearly tradition has been compromised because 2K sees this part of the game in a totally different light. At this point, I’m just hoping that next year’s version of MyCareer will return to its open-ended, player-friendly roots.