A big week for Twitter just got bigger. A day after announcing co-founder Jack Dorsey would return to the company as its CEO, the company is rolling out the product formerly known as Project Lightning to a worldwide audience. Moments, as the new product is called, surfaces the day’s most talked-about stories in a new section of the app. It’s a magazine-like view of Twitter that works even if you’ve never followed a single person. It represents Twitter’s best — and maybe last — hope of attracting a large new base of casual users who want to enjoy the service without having to figure out its unique quirks and lingo.

Moments, which takes the form of a new central tab on Android, iOS, and the web, is the result of more than 10 months of reimagining the way average people might want to use Twitter. The company hopes to draw back some of the hundreds of millions of former Twitter users who abandoned it — while appealing to the many more who have yet to try it. Madhu Muthukumar, the product manager for Moments, put it to me this way: "We’re looking for people who have either tried and kind of given up, or people who use it and know there’s good content there but for one reason or another they haven’t really gotten the experience that we all get out of it here — which is this rich, amazing source of the world’s voices."

Moments arrives at a critical time

Moments arrives at a critical time for Twitter, which has seen its stock price plunge amid uncertainty about its leadership and the failure of previous attempts to increase usage beyond 300 million or so people per month. The company continues to lose money, and it’s unclear how it can generate significant profits without attracting millions more active users — and the advertisers that will follow them. 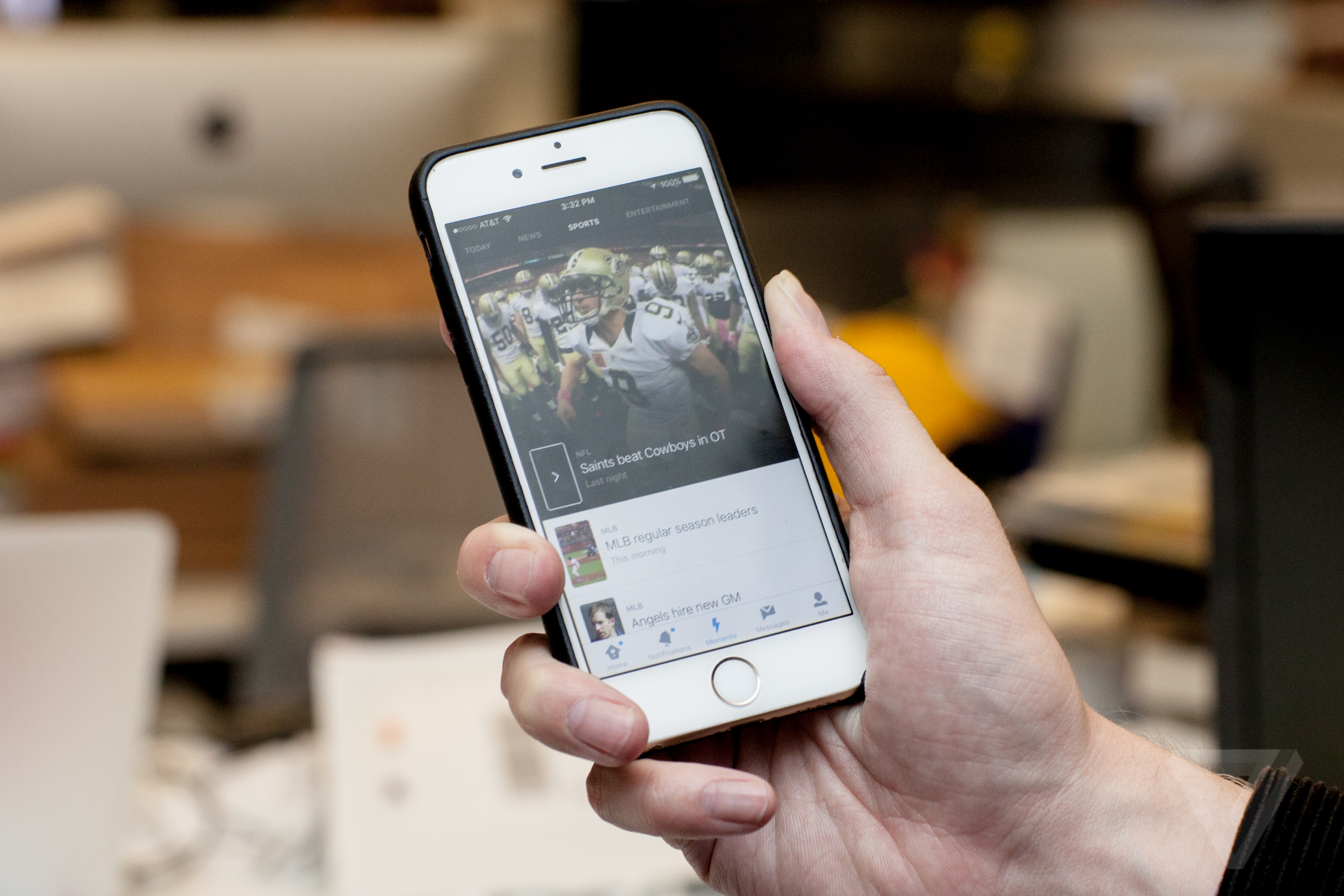 The latest re-imagining of Twitter began in January during a hack week, when employees set aside their day jobs to work on other projects. For their contribution, product designers Alli Dryer and Wayne Fan decided to take their Twitter timelines during a football game and infuse them with the best tweets about the game. One of Twitter’s chief frustrations is the certainty that there are better tweets out there than the ones that you’re seeing — and you have no real way of finding them. Dryer and Fan imagined bringing you the most interesting commentary, stats, pictures, and videos from an event, without you having to know anything about who or what to follow. And then, when the game ended, those accounts would fade back into the background.

Dryer and Fan built a prototype, which they called #GameTime, in honor of the New England Patriots games that had inspired it. (Dryer and her husband are big fans, and she wanted to give other fans the experience of using Twitter as a companion to the games the way they do.) #GameTime was among Hack Week’s winning projects, and soon it was promoted to product development, where it got a codename: Project Lightning.

They called it #GameTime

Months of iteration followed. Dick Costolo, then Twitter’s CEO, scheduled weekly check-ins with the team. Initially, there were doubts about whether Moments would ever see the light of day — "it was maybe almost killed four times," one person familiar with the project told me. But in June, two days before he would resign as CEO, Dick Costolo revealed the product’s existence to the world. It was a rare instance of a software company announcing a new feature long before it shipped — and it spoke to the pressure Costolo was under as CEO to deliver a radical change. 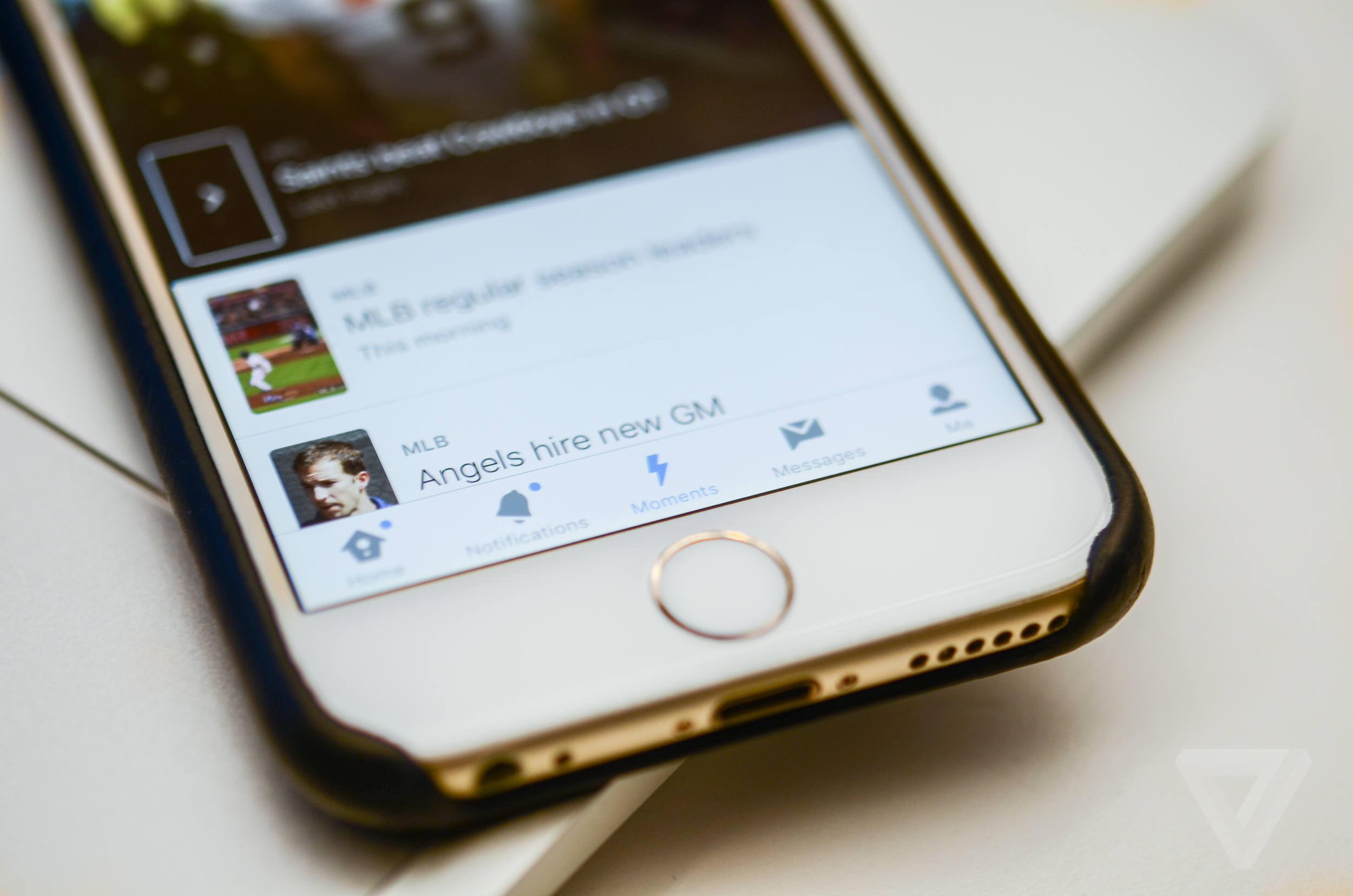 So what is a moment, exactly? (For starters, it’s not Facebook Moments. Are there really so few words in the English language, people?) A moment is a collection of tweets. They can be viewed in the app, shared via links, or embedded on third-party websites. For now, Twitter is making most of them itself, but it’s also inviting media partners to make moments of their own, and eventually expects that the bulk of the collections will be created by outsiders. (The initial partners: Bleacher Report, BuzzFeed, Entertainment Weekly, Fox News, Getty Images, Mashable, Major League Baseball, NASA, the New York Times, Vogue and the Washington Post.) Twitter expects its role in moments will evolve over time to emphasize curating moments over creating them.

But start with the Moments tab. Tap it and you’ll see a collection of the day’s top stories, curated and organized by small editorial teams in New York and San Francisco. The team’s advantage lies in its access to real-time data showing which tweets are going viral, which editors are using to find the best and most representative tweets. Their bias is toward tweets from the source: people who are on the scene, or are directly involved in the news story.

The bias is toward tweets from the source

The Moments home screen, called Today, offers the kind of news you might expect to see on any news app these days: a mix of national and world events, politics, business, and one or two quirky stories ("World Beard & Moustache Championships"). You can swipe to see other newspaper-style sections: news, sports, entertainment, and "fun" ("The Obamas’ wedding anniversary"). Tap on an item, and you’ll find a "story" comprising 10 or so tweets that fill you in. The stories combine text-only tweets, photos, and videos, including both Vines and videos uploaded directly to Twitter. (Not featured, at least not yet: full articles, or live video from Twitter-owned Periscope.)

You thumb through items by swiping left, and can take the usual actions with any of the tweets: favoriting them, sharing them, retweeting them, and so on. In a gesture borrowed from Instagram, you can double-tap a moment to favorite it. "What we try to do is just immerse you in the content," Muthukumar says. "Let’s strip away some of the things that might be difficult for people: What do I search for? How does this work? Let’s just take the things we have and put them directly in front of people." 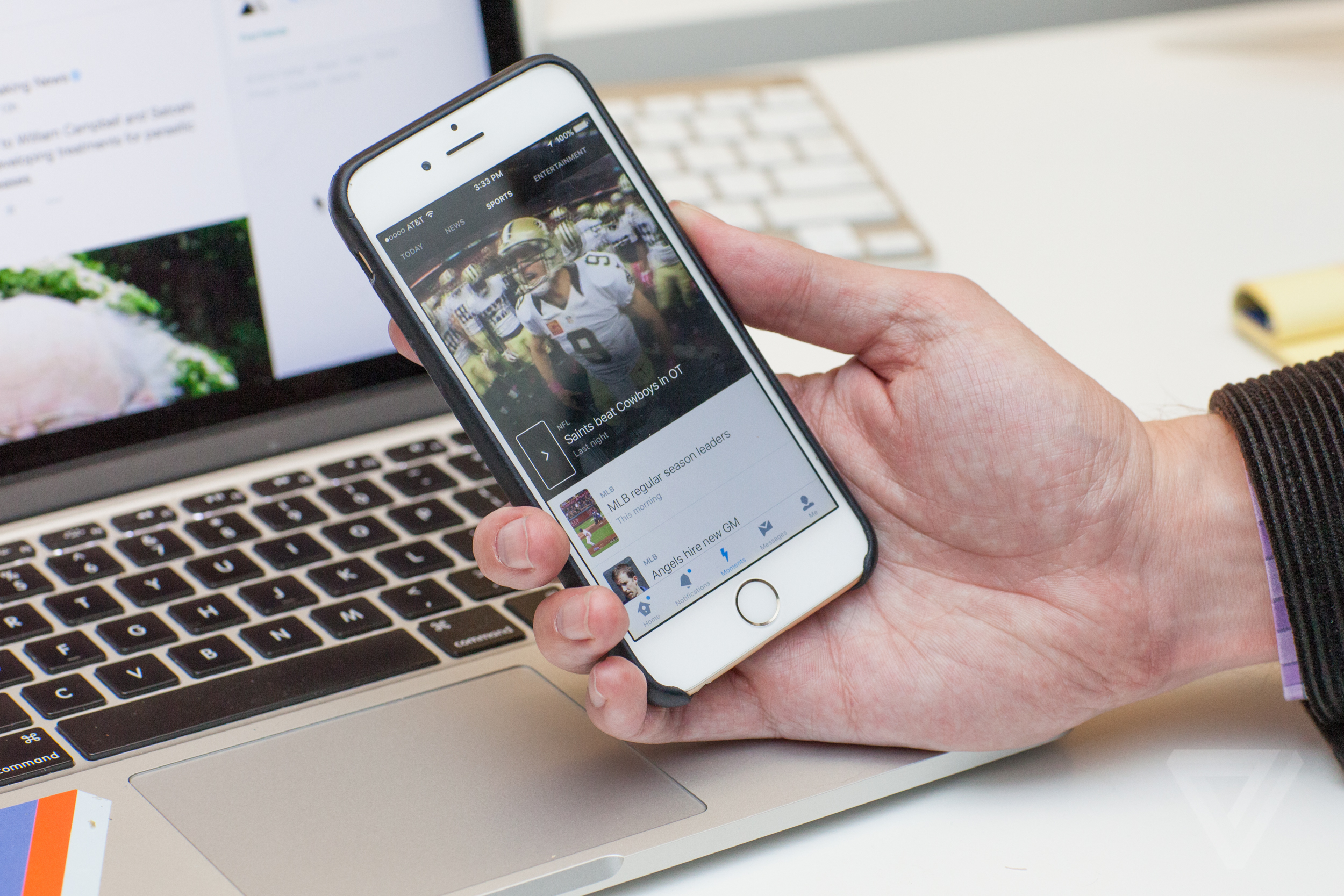 If it sounds like Twitter is now running a media company inside a technology company, that’s because it is. The company put together a team of curators, led by former Al Jazeera and Current TV journalist Andrew Fitzgerald, to package, organize and write editorial descriptions for every moment. "We want to bring the best of what is happening on Twitter to users who might be new to Twitter, or who don’t use Twitter all that often," Fitzgerald says. "We want to highlight the best of what is happening on Twitter every day."

And while the finished product looks little like #GameTime, the essence of the hack week project remains is preserved here with a new Twitter action: the temporary follow. If you see an event that interests you in Moments — a football game, say, or the Oscars — you can follow it and Twitter will deliver the best tweets around from that event to your home timeline. (You’ll know the tweet is from a temporary follow by the lightning icon that appears next to it.)

As soon as the event is over, the accounts whose tweets you were reading go away. "The nice thing is they disappear," Muthukumar says, after showing me a moment about Dorsey’s beloved St. Louis Cardinals clinching a playoff berth. "I don’t have any commitment to any of these folks. I’m done. I don’t have to worry about the Cardinals mucking up my timeline. I’m a Phillies fan — I actually hate the Cardinals."

"I don't have to worry about the Cardinals mucking up my timeline."

For now, the tab is shown only to US Twitter users, but you can view the links anywhere in the world. Over time, Twitter expects to localize Moments in more places — and, perhaps, to begin personalizing it for individual users. (If I were a Phillies fan, I might very well want to follow every live Moment about a game.)

One aspect of Moments I didn’t see coming: not every story captures a real-time event. The company is also packaging together evergreen stories ("Catch a wave," a collection of surfing pictures and videos) and offering them up to browse. It's building moments to tell stories that take place over weeks or months — a rookie's first month in the National Hockey League, for example, or the story of the Los Angeles Dodgers' season.

Does that make Twitter a competitor to the news organizations building viral content of their own? The company says no. It plans to continue doing its own curation of major moments on Twitter — Edward Snowden joining the service, say, or conversation around MTV’s Video Music Awards — while also promoting the best moments created by partners. "I suspect that it will continue to be a great mix between moments created by Twitter and moments created by Twitter’s partners," Fitzgerald says. "We definitely want to be able to offer the unique perspective that only Twitter can, but also share with our users a variety of perspectives beyond our own."

If you’re a power user of Twitter, you may not find much in Moments that interests you. (Save for the temporary follows, but we didn’t get to test those properly in the day we spent with the redesigned app.) An editor at The Verge nearly flipped a table, for example, when I told him he could not personalize Moments to his liking.

The real question is what value casual, lapsed, and non-users of Twitter will find in Moments — and that’s much harder to answer. On one hand, Moment’s emphasis on photos and videos makes Twitter much easier to thumb through than it ever has before. On the other, the multiple tabs and scores of daily stories may still overwhelm the precious snowflakes who can’t be bothered to learn what a "favorite" is. Ultimately, Moments is a good-looking if somewhat generic news app built into Twitter, and while news can draw millions of loyal readers, it’s not clear to me that it will catapult Twitter to hundreds of millions of new people.

But then, I’m not the target audience for Moments — and neither are most of the people using Twitter today. It’s the staunch non-users of Twitter that Moments was built for. And starting today, we will find out what they think.

Update, 10:32 a.m.: Clarified that while links to moments can be viewed anywhere, the Moments tab is currently only visible in the United States.