Beats’ Pill+ is its best speaker ever

A fresh look and sound in a familiar shape

Beats isn't known for its speakers, it's known for its iconic headphones — and rightly so. Even if you aren't a fan of the company's high-priced in-, on-, or over-the-ear offerings, you have to admit they are all much better than the crude and plasticky Pill speaker. But today, Beats is announcing the first speaker that it's made since the company was acquired by Apple last summer. It's called the Pill+, and it's the most attractive-looking and sounding speaker that Beats has ever made. 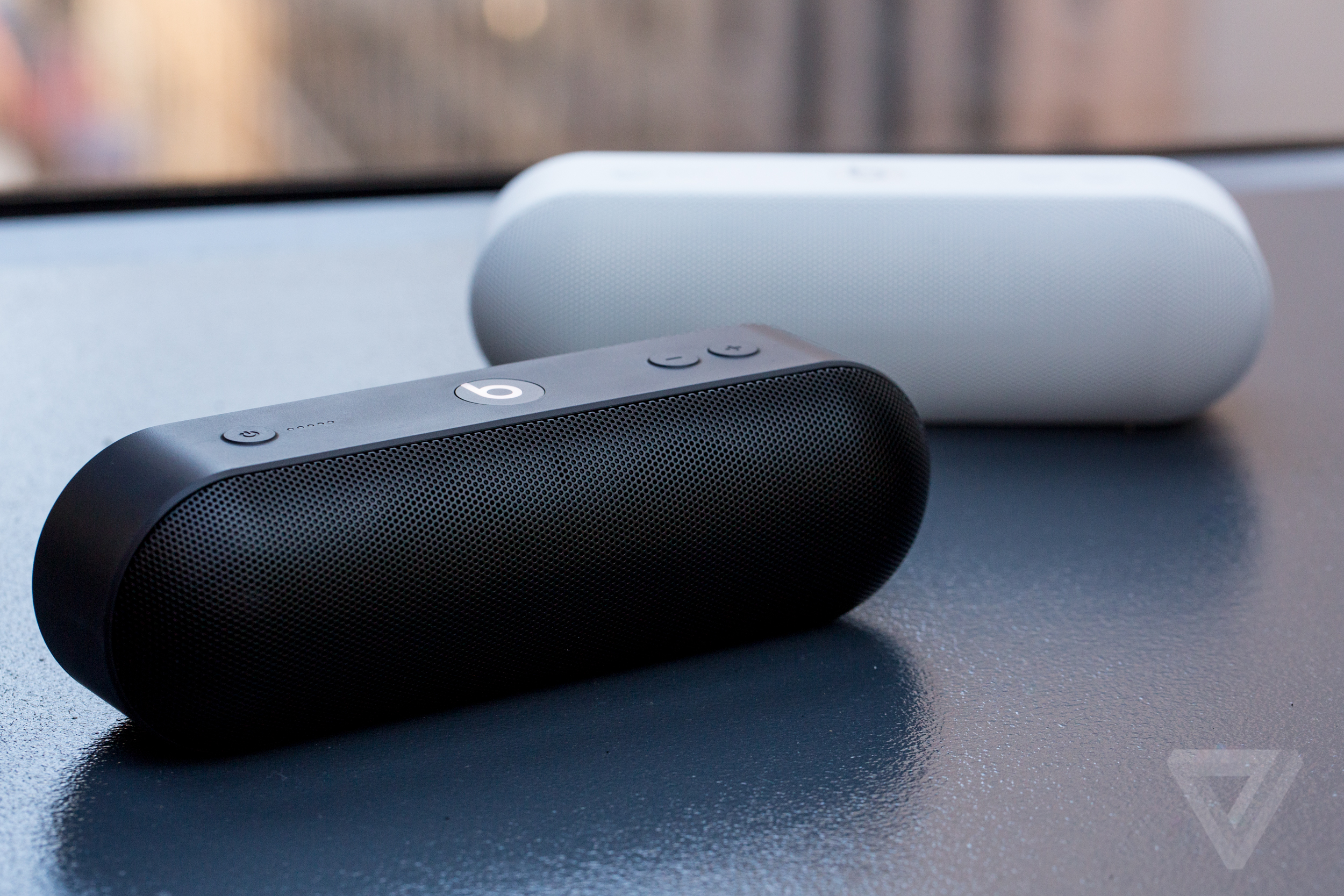 The new $229 speaker isn’t any sort of radical redesign. Instead, it’s a refinement on the recognizable Beats Pill look. It’s shaped like — you guessed it — a pill, but the new version feels much sturdier than its predecessors. It’s topped with four buttons: a squishy rubber power button on the left, a metal pause / play button emblazoned with the Beats "b" logo in the center, and two more rubber buttons for volume control on the right. The Pill+ only comes in stark black or white options — the total opposite approach of LG, which wraps its Bluetooth speakers in brightly clashing colors. If this all sounds very Apple to you, it should. From the "plus" branding right down to the color choices, the Pill+ looks a bit like a reigning in of Beats, as if someone from Cupertino was watching the entire production process.

It's a refinement, not a radical redesign

More important than the look and build is the sound, and judging from my brief demo the Pill+ is likely the best-sounding Pill ever. That’s apparently all thanks to what’s called a two-way active system, meaning that amplifiers are built into the speakers — two in fact, one for each pair of woofer and tweeter. This helps better assign the different frequencies of music to the right parts of the speaker, resulting in better sound. 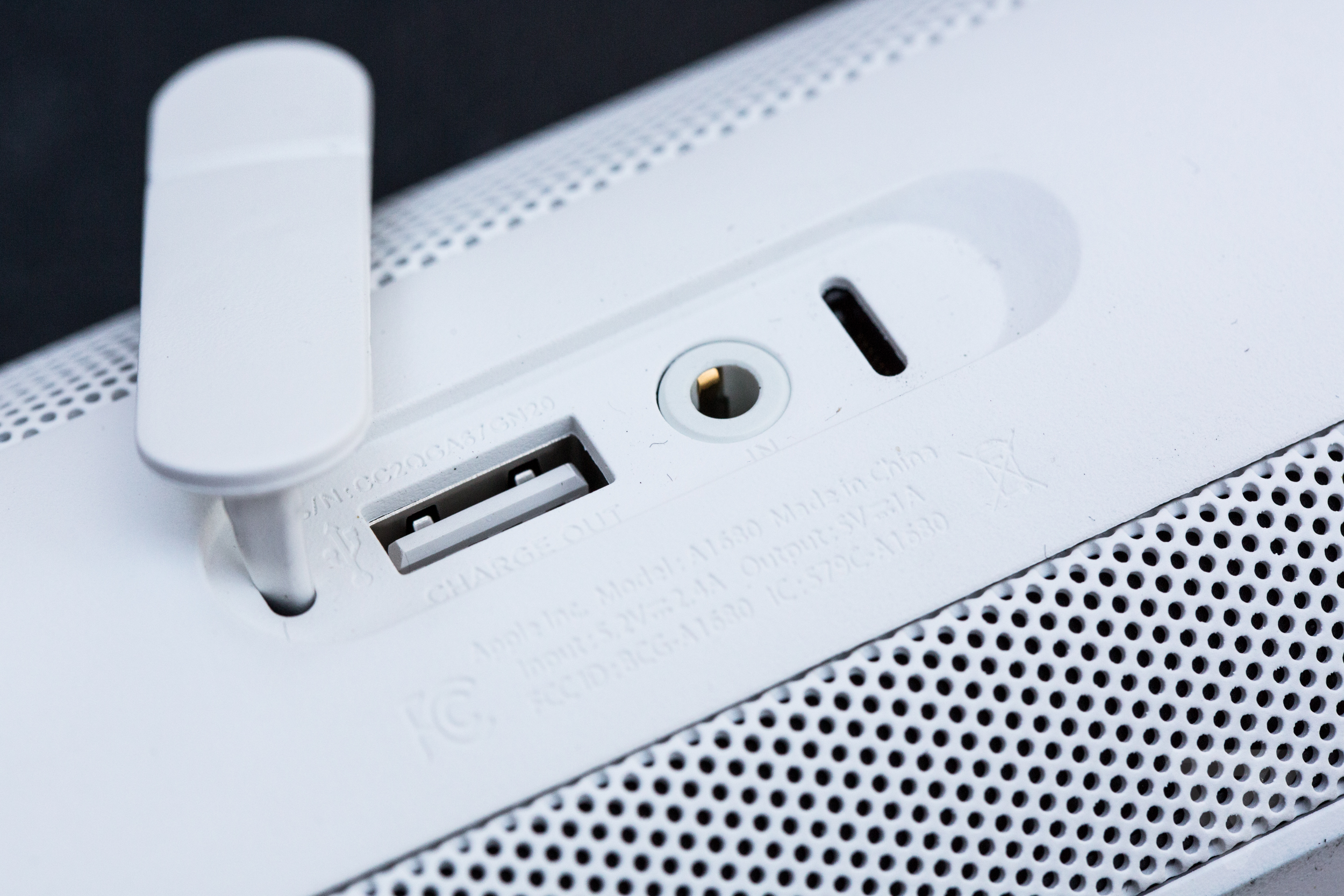 Whatever it's doing, it works. I listened to a handful of different tracks from a few different genres: one from The Weeknd and his alt-R&B, some bassy hip-hop from Kendrick Lamar, a standard rock-and-roll track from Tom Petty, and some punk rock from PUP. Everything came through full and clear, and all the music sounded much better than I expected from yet another portable Bluetooth speaker. The bass in Lamar’s "Swimming Pools (Drank)" didn’t muddy up his vocals. I could hear piano parts in Petty’s "Here Comes My Girl" that would be inaudible on most cheap speakers. For lack of a better way to describe it, there was space in between all the sounds coming out of the speaker, whereas most others tend to crush all the different frequencies together.

A big part of that could be that first three tracks were all being streamed from Apple Music, which serves up tracks at a high bitrate of 256kbps. When I played the punk track from Spotify on my phone at 96kbps, the quality was noticeably worse — but it still sounded better than I’d expect low-bitrate LTE streaming to sound.

The Pill+ is big, but you can still fit it in a bag

The Pill+ is noticeably bigger than the Pill (though it's not as big as the Pill XL was, before that was recalled over a fire risk), but it's still small enough that you could fit it in most bags. It's also just light enough for that, weighing in at 1.5 pounds. The Pill+ has a 12-hour battery life, and can even use its big battery to charge your devices through the USB and Lightning ports found on the back.

The new speaker will also do some of the stuff we've come to expect from pricier Bluetooth speakers. You can link it with another Pill+ to either amplify the sound or set up dedicated stereo channels, and you can also allow friends to sync their device to the speaker without needing to hit any of its buttons. All this is done through a new Pill+ app, which will be released iOS and Android along with the $229 speaker next month.

We'll have to hold full judgement on the Pill+ until we've had more than four songs' worth of time with it, but I can say one thing for sure: If you have some money, and you like the Beats brand, it looks like the company finally made a portable speaker worth buying.