Chess gets an unpredictable, glitchy makeover on iPad

Chess gets an unpredictable, glitchy makeover on iPad

If you play enough chess, watching a match is rarely surprising. The game has been analyzed so much that the best players already know what's going to happen, they've planned out their strategies many moves in advance. The precision can make the game daunting for newcomers; unless you already know the best strategies, you won't stand a chance against a skilled player.

Chesh, which launches today on iOS, wants to change that. 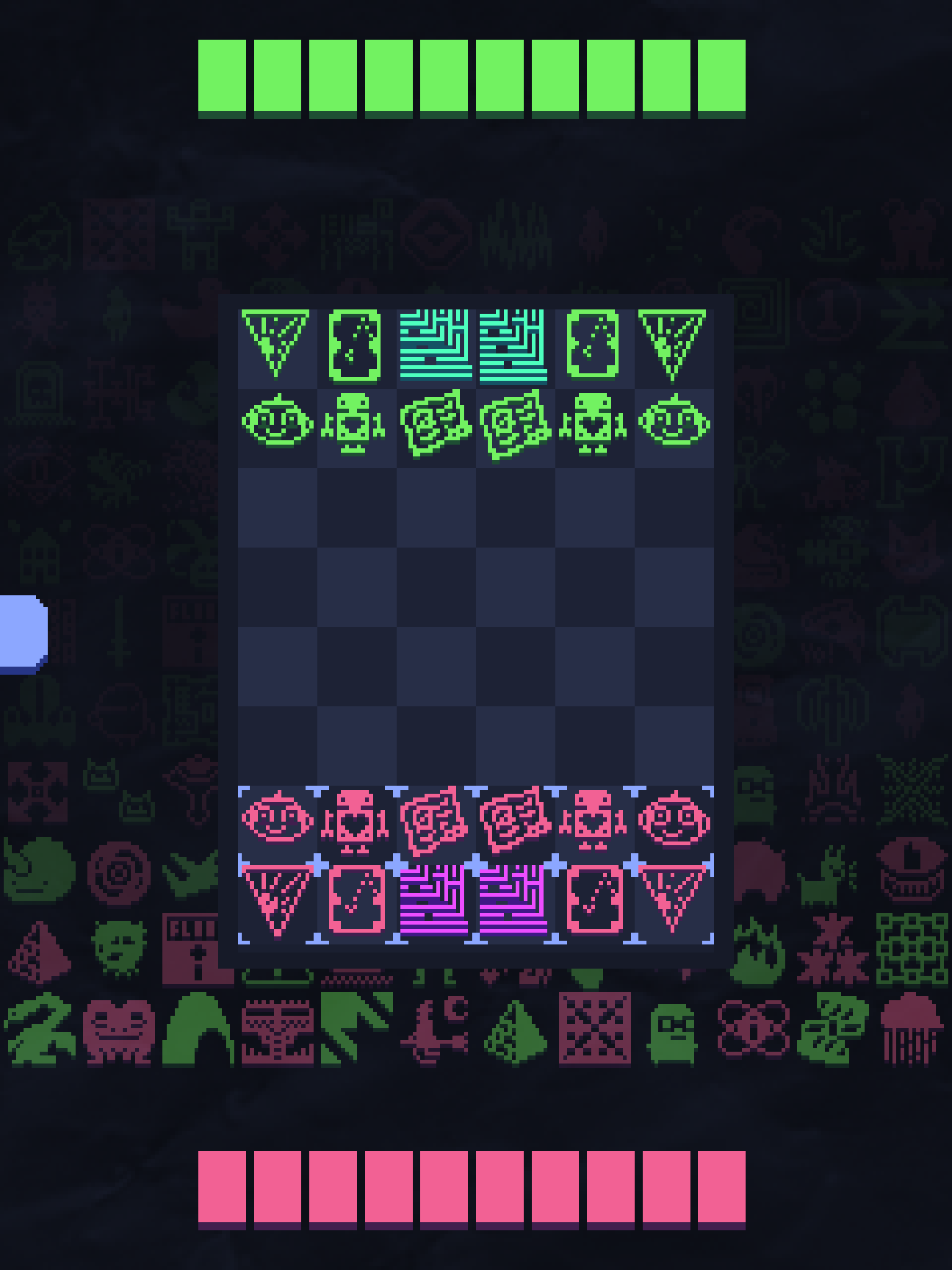 Unlike chess, Chesh is built on unpredictability. It features around 530 pieces, and 150 move types. At the beginning of each game you and your opponent are assigned a random lineup of pieces. You don't know what you'll get, and chances are you won't know what the pieces do, either. To make matters worse, you can't preview what a piece does; once you select it, you're stuck using it. But since both players have the same pieces, this creates an interesting tension, as watching your opponent will help you better understand what your own pieces do. You can play against AI, but Chesh is best experienced as a two-player, single-screen game on an iPad, where it feels like a glitchy board game.

Chesh is far from the first variant of chess. There have been plenty of designers who have attempted to fix the game through various rule changes; most recently game designer David Sirlin released Chess 2, which features six different armies to choose from and a new win condition in an attempt to make the game faster and more dynamic. In 1996, world chess champion Bobby Fischer revealed Chess960, a variant that randomized the possible starting positions for pieces, offering 960 possibilities. In almost every case, the goal of these games is to "fix" chess by ridding it of the memorization of positions that is central to the game.

Damian Sommer, who created Chesh after coming up with the idea at a local game jam in Toronto, says that it isn't an attempt at fixing the iconic game. "Chesh is only similar to chess on a surface level," he explains. "What Chesh does, though, is tap into the same thing Fischer's variant does, which is [to] make it impossible to memorize openings." This puts both players on even footing, which in turn makes it a more approachable experience. Meanwhile Chesh's glitchy graphics and often inscrutable, cryptic icons make it feel like chess's long-abandoned cousin, a game that was found on an old hard drive somewhere, never meant to see the light of day. The title works in the same way; it's like Chess, only drunk.

"Chesh simply wouldn't exist without the groundwork laid by Chess."

While it's a very different experience, Chesh owes a lot of its structure to chess. "Most of the movement rules are lifted straight from chess or one of its many variants," explains Sommer. "It takes place on a checkered board. It has royal pieces, though mechanically they work a bit differently. Chesh simply wouldn't exist without the groundwork laid by chess, that's for sure." That said, you don't have to understand the rules of chess at all to play — and that's because the rules are never the same. I've been playing the game for the last week, and found that this made each match feel new and exciting. Games are about learning as much as they are about winning.

Surprisingly, before he started working on the game Sommer wasn't a fan of chess, preferring instead the less-restrictive Japanese offshoot shogi. But over the course of designing Chesh, he's discovered a newfound appreciation for the enduring board game. He even watches videos of matches for fun.

"I'm still garbage at it, though."

You can check out Chesh now on iOS.