After being enchanted by Sharp's cute video for its bizarre robot smartphone the other day, I had to see the thing for myself. So I popped on down to Chiba for CEATEC, Japan's biggest tech show, where RoboHon is taking pride of place in Sharp's booth.

RoboHon's chintzy appearance actually makes me feel better about the product, since premium build quality clearly isn't going to make anyone trade in their iPhone. But if Sharp can get this weird little guy onto the market for a reasonable price, who knows — it could be the next AIBO or Tamagotchi. If nothing else, it's a fun toy and I want one. 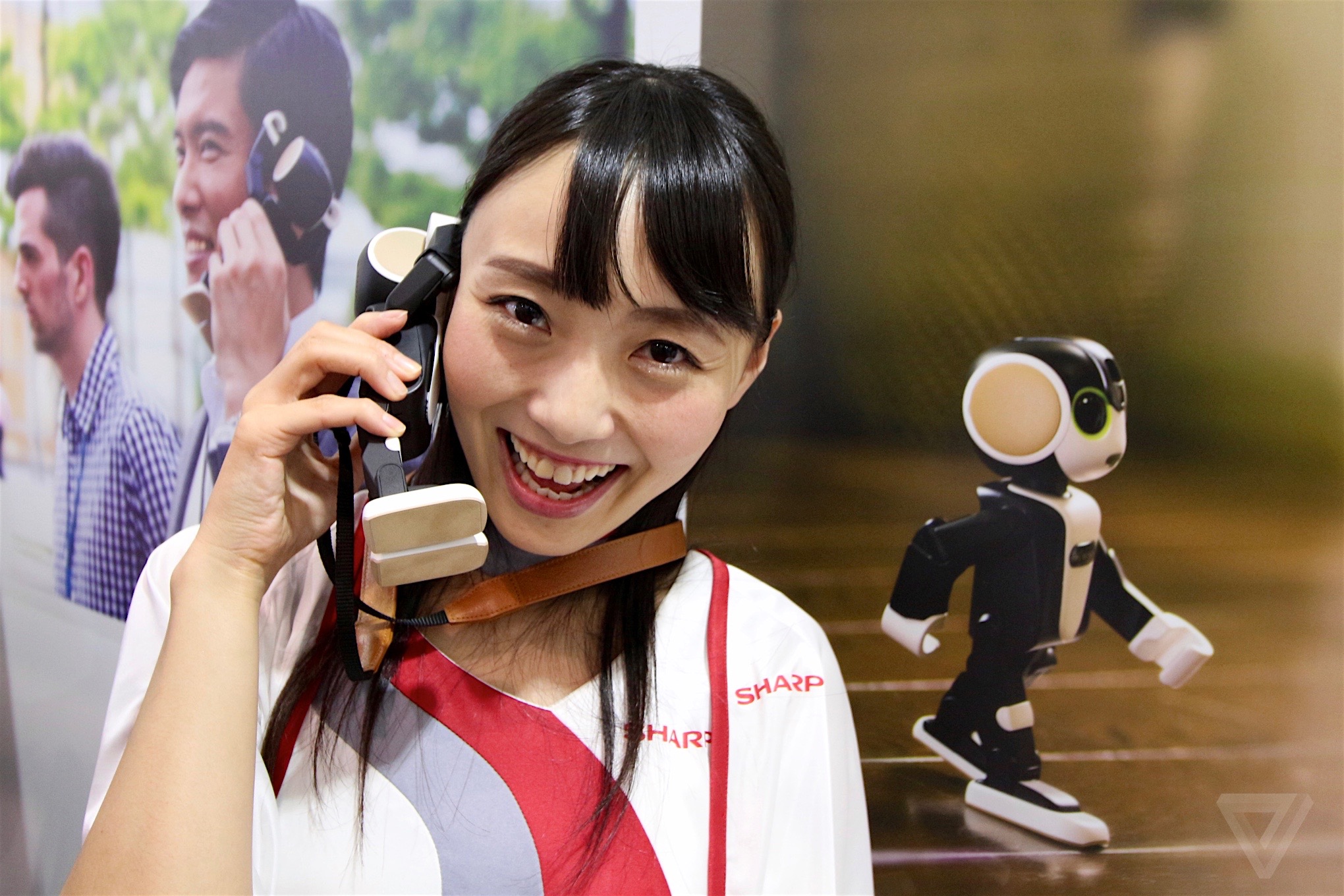 RoboHon is a phone first and foremost, though. There's a little 2-inch 320 x 240 screen on the back, along with a speaker and microphone, and it supports LTE and 3G connectivity. (If you think you looked odd holding a Galaxy Note or iPhone 6 Plus up to your ear, this is not the phone for you.) A camera is embedded in the head, and there's a projector to display the photos and videos it takes.

Sharp is leaning hard on voice control for RoboHon

Perhaps because the display looks like it belongs on a Nokia candybar phone from 2005, Sharp is leaning hard on voice control for RoboHon. You can ask the robot to set reminders, take photos of you, and so on, and all seems to work well enough so far. RoboHon's dance moves and walking abilities are also pretty impressive, though it did fall over backwards in one stage demonstration. (Follow therealverge on Snapchat and watch our story at some point today if you'd like to see that, among other fun things from CEATEC.)

What will really make or break RoboHon is the degree of autonomy it can express. Sharp's heartstring-tugging promo video is one thing, but the emotional bond will be undermined if you have to initiate every action or move RoboHon towards you all the time. Basically, I don't want to have to set up my robot phone to take pictures of my friends at a barbecue. I want my robot phone to chill out with my friends at a barbecue.

Wait. Do I really want that? Maybe not. But I do want to spend more time with RoboHon when it's released in the first half of next year, because it's a deeply silly product that leverages old tech in some unusual new ways. And really, just look at it.