The world's fastest SUV comes in an ultra-exclusive First Edition

But it's already sold out

Earlier today, Bentley introduced the Bentayga First Edition to a small group of owners and media in a leafy garden at the Sunset Marquis Hotel in Hollywood before the kickoff of this week's Los Angeles Auto Show. The First Edition consists of initial 608 examples of Bentley’s first-ever SUV, of which only 75 will be available in the US.

These days, beauty alone doesn’t capture the hearts of ultra luxury buyers — true luxury, it seems, means being first in line without having to wait. Bentley customers already own an average of six cars, and it takes quite a bit to impress them. In some ways, Bentley also has to play catch-up in the red-hot luxury SUV market, where the Porsche Cayenne first proved that going big was possible for an iconic luxury car brand. The market for these types of SUVs has already grown in recent years, but Bentley earns the distinction of selling the first handmade SUV — and it’s a decadent doozy.

I spoke with Sangyup Lee, who heads up Bentley’s exterior design, about the challenges of creating an SUV that looks and feels like a Bentley. “If you look at Bentayga, it has the characteristics of our sedan,” Lee says. “It has a very short front overhang, a thick, chunky body side and a very dynamic mood silhouette, and a long rear overhang." 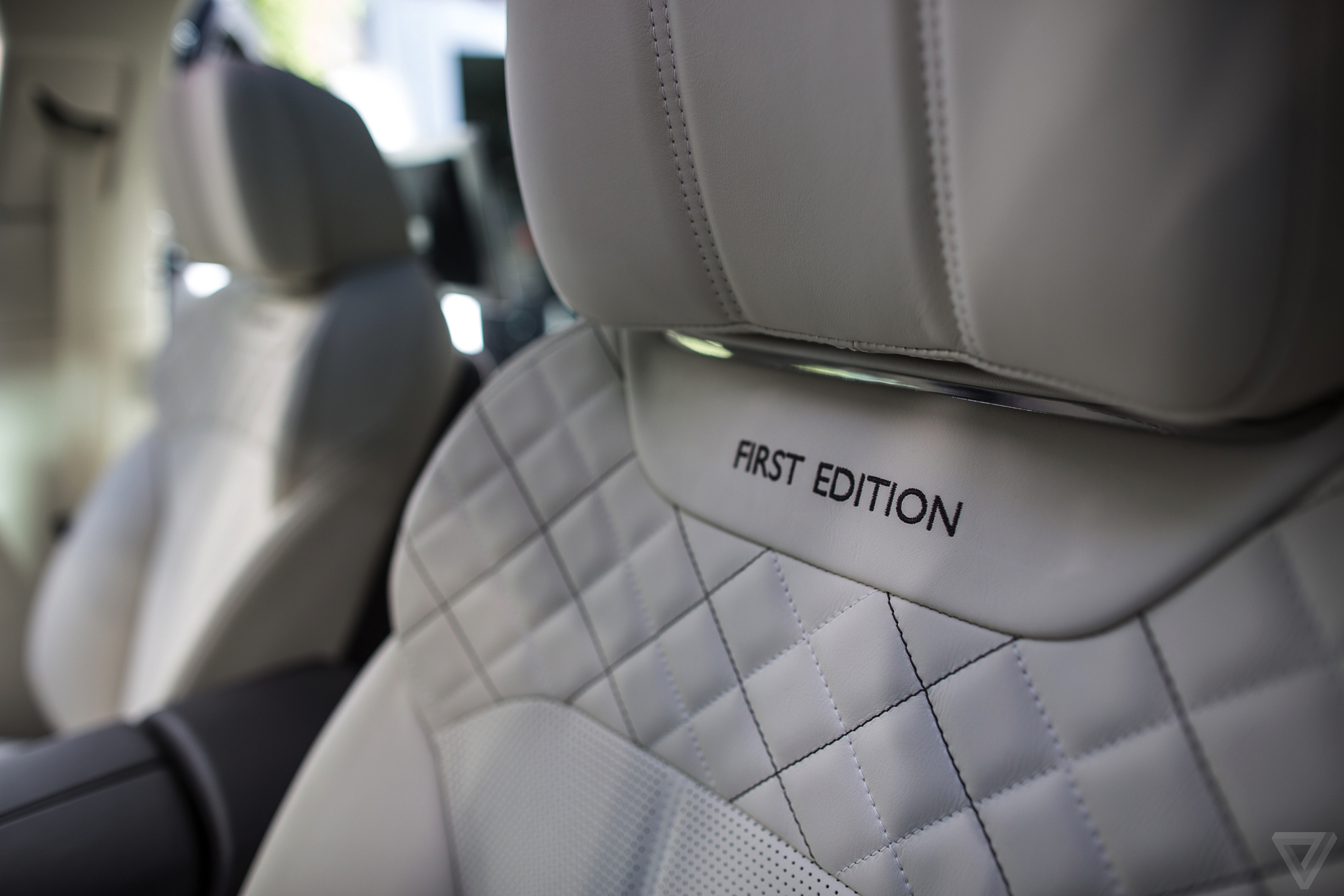 Besides its early arrival, the First Edition has unique accents like Union badging (tastefully done, in my opinion), two-tone 22-inch wheels, and ambient lighting in the interior. The seats are hand-stitched with the First Edition logo. It’s available in only ten colors and is equipped with the 6-liter twin-turbocharged W12 engine that was designed specifically for the Bentayga. This 600-horsepower mill claims a top speed of 187 miles per hour — just a wee bit faster than its corporate cousin, the Porsche Cayenne Turbo S.

It’s priced at $287,000, but there’s a free gift thrown in: the First Edition includes a special Breitling watch, which makes sense considering Breitling’s longstanding partnership with the automaker. Unfortunately, if you’re just now finding out about the First Edition, you’re already too late to own one, but the standard-issue Bentayga reaches dealerships next year.